US adults wider, not taller

NEW YORK – You don’t need to hang the mistletoe higher, but you might want to skip the cookies.

A report being released today shows U.S. adults aren’t getting taller – but they are getting fatter.

The average U.S. adult is overweight and just a few pounds from obese, thanks to average weight increases in all groups – but particularly whites and Hispanics.

Overall, the average height for men actually fell very slightly the past decade. There was no change for women.

One factor may be the shift in the country’s population. There’s a growing number of Mexican-Americans, and that group tends to be a little shorter, said one of the report’s authors, Cynthia Ogden of the U.S. Centers for Disease Control and Prevention.

The findings come from a 2015-16 health survey that measures height and weight. More than 5,000 U.S. adults took part.

CDC records date to the early 1960s, when the average man was a little over 5 feet, 8 inches tall and weighed 166 pounds. Now, men are almost 1 inch taller and more than 30 pounds heavier. But today’s average height of 5-foot-9 is about a tenth of an inch shorter than a decade ago.

The average woman in the early 1960s was 5-foot-3 and 140 pounds. Now, women are a half-inch taller and about 30 pounds heavier, on average. The average height is about the same as it was a decade earlier: 5-foot-4.

• Men have 40-inch waistlines, on average. Women’s waistlines are a little under 39 inches.

• The average height of black men and white men has been holding steady, at a little under 5-foot-10.

• Mexican-American and Asian-American men are roughly 3 inches shorter than whites and blacks, on average.

In 2016, about 18 percent of the nation’s population was Hispanic, up from about 13 percent in 2000, according to U.S. Census figures. Mexican-Americans account for nearly two-thirds of the Hispanic population.

Brings a whole new meeting to belly up to the bar.

The Average American Is Edging Closer to Being Borderline Obese

(Bloomberg) – The average American is heavier than at the start of the 21st Century – and very close to being obese, according to Centers for Disease Controldata on body metrics.

The Obesity Society, a scientific research organization, this month classified obesity as a worldwide, non-communicable chronic disease. “Obesity meets all criteria for being a disease, and therefore, should be characterized as such,“ said Cathy Kotz, the society’s vice president and a professor at the University of Minnesota.

The body mass index for men and women is the same until about age 40 and then increases at a faster rate among women.

Keeping weight off during the holidays is a challenge.

Americans tend to add about 0.4 percent to their weight within 10 days after Christmas Day and 0.2 percent gained during the Thanksgiving holiday, according to a separate study published in the New England Journal of Medicine in 2016.

And holiday weight gain isn’t limited to the U.S.

In the CDC report, American men – on average – gained nine pounds while maintaining roughly the same height, expanding waistlines by an inch and a half to 40 inches since the start of the century.

American women are even closer to being obese on average. Over the last 18 years, the average woman has gained 2.4 inches around the waist and their BMI has increased to 29.6.

Over the last 18 years, the mean weight, waist circumference and body mass index in adults has increased for all age groups, for non-Hispanic white and Mexican-American men and women and for non-Hispanic black women.

Non-Hispanic black men have managed to keep their average weight, waist measurement and body mass index since 2006. No changes were observed in the averages for non-Hispanic Asian men and women.

The weight gap between sexes has narrowed in recent years. 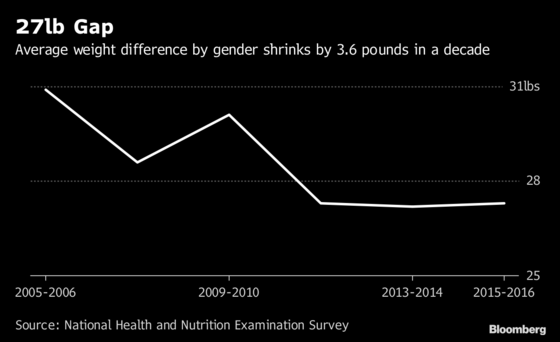 We are a nation of fatties.

Over 60% or the US is either over weight or obese.

And people wonder why healthcare is so expensive.

I weight 3 lbs more than I did when I graduated from high school (in 1965) and wear the same pants size. I am 1/2 inch shorter though so my BMI went up slightly.

Over 60% or the US is either over weight or obese.

And people wonder why healthcare is so expensive.

I don’t know where you are getting that. It’s more like 30%.

Obesity is the most serious health threat we have in the US.

No … that would be liberalism.

Or were you talking only about physical health?

Yep, the cartilage in the spine compresses with age.

Most people lose 1-3 inches as they age.

Firstly, I detest the BMI. It is a bullshit barometer in which to measure anything.

That being said, yes the country could afford to lose some weight.

Part of the problem is people no longer eat actual food, they eat things that call themselves food. And the amount of sugar and carbs (basically sugar) are out of this world in each and every one of those items.

Read your food ingredients and lists people. It’s right there.

I try not to get militant about it, but you can eat better and it’s not that hard.

disclaimer: before anyone gets all pissy with me about how hard it is etc. I have lost 100 pounds. There’s some personal information for you that I am not really proud to share because it causes me to admit at one point I was a lard ass.

All I ever have to do to lose 30lbs is cut out the Dr. Pepper and my favorite pie along with the evil Reese’s Peanut Butter Cups!

Even at that I can still drink one a day with a meal and watch the weight shed off over a couple of months.

Look at the amount of sugar you quit putting in your body just by doing that.

Sugar is the culprit and the enemy.

Oh I know that for sure, I was agreeing with you.

I can have a couple or three a day when I’m active and it doesn’t hurt a thing, the problem is you get used to it so during the slow time of year it’s hard to wean yourself off.

I’ve pretty much totally given up alcohol except for rare occasions and only in small doses but Dr. Pepper is my achilles heel.

Oh. I know you were. I was just reiterating what happens when you just cut down on sugar.

Unfortunately, it’s in everything. Even things that it shouldn’t be added to.

Well my diet consists of about 80% meat with most of the rest being dairy so it’s easier for me to avoid than most.

I sure hated giving up canned peaches though! When I was young I could go through them like you wouldn’t believe.

Firstly, I detest the BMI. It is a bullshit barometer in which to measure anything.

That being said, yes the country could afford to lose some weight.

While for some people… i.e. large bone structure, heavily muscled… the BMI can be a very misleading indicator, for the vast majority of people it tells a reasonable tail. Most people don’t have the body abnormalities the skew a BMI reading and when they do, they know who they are… the fact is most people that have a bmi that indicates overweight or fat are just that. 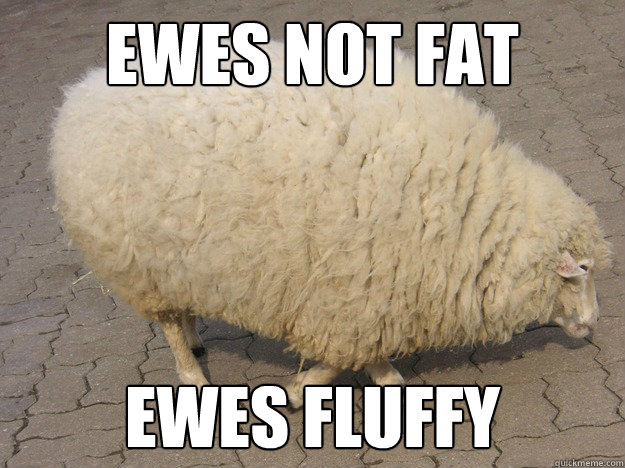 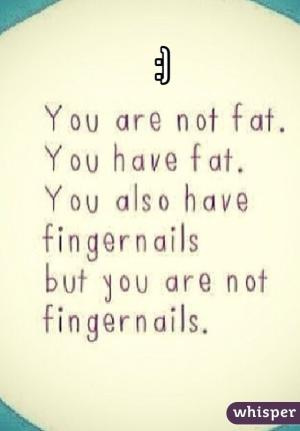 I’m going to have to disagree with you on that. There are many articles out there explaining why the BMI is bogus and inaccurate. Using height and weight to determine obesity is ridiculous.

I did say at the top why it was inaccurate but the fact is if you is fat… you is fat and while bmi might have its flaws, it coupled with a simple waist/height ratio measurement is a good indicator of diabetes and its many associated conditions…

It isn’t just the US Lou, it’s a first world problem and caused by much of the crap they peddle as food.
Ditch sugar and everything in a packet is a decent yardstick.

Is it deliberate is the question I have ?
Sickness supports a massive industry. I should add this sector to my my pyramid, think it would be huge impact worldwide if people ditched crap eating and it doesn’t have to be expensive as the “processed” consumers like to suggest, it’s just their go to excuse.