The Pyramid Of Doom

Some of you folks are making this far harder than it actually is. It all boils down to basically Greed, Envy, Covetousness, a sense of Entitlement, and Guilt.

The standard of living the US achieved in the first couple of decades following WWII was the envy of the world and the standard by which all other western democracies measured themselves against.

As they achieved the same basic standard of living the 2nd and 3rd world’s populations became envious, then covetous of sam.

Gilt felt by the children of elites led them to start demanding we redistribute the wealth of the developed world to the developing and undeveloped world which of course then created a sense of entitlement among their populations.

My brothers Wife is from Austria! Absolutely breathtaking place! Can’t wait to visit there someday!

I’m not much on cities but Vienna is absolutely beautiful.

What I like most about Vienna is it’s history of music! Being a classical guitar player, I have always been fascinated with the city, the culture! Next year my hope is to make it Salzburg the birthplace of Mozart, then of course onto Vienna! It was once called the “Golden Apple” of civilisation in which ultimately repelled the invasions of the Sultans! Thanks to Poland of course who came in and saved the day!

In the old cities of Europe you can literally feel the history oozing out of the very stones you are walking on and by if you have such a sense of history.

Read everything you can on the places you are going and going through before you go and you’ll have a much deeper appreciation for what you see that will last you a lifetime.

When I was stationed in Europe I traveled at least two weekends a month when I wasn’t on duty or in the field and it was the best money I’ve ever spent.

In response to the TED talk, here is an op ed by Stephen Bailey that ‘nails it’ in my opinion:

Deep-Fat Fryers in Deep-Seated Desuetude
Ultimately, all this stuff we buy is a waste. By Stephen Bayley

His "Theory of the Leisure Class" (1899) is in that strange category of books both unreadable and immensely stimulating. Veblen established the notion of ‘conspicuous consumption’ — the process of social climbing by buying things. Chapter Six is about the "pecuniary canons of taste," or how money describes us. As Bob Dylan said, it tends to swear rather than talk.

A political economist, Veblen was called the last man who knew everything. He spoke 25 languages but understood best consumer desire and the perverse commercial logic that powers it: "Invention is the mother of necessity" was his marvelously crosswired coinage.

We all have a guilty secret about the things we buy but never use. They inhabit a dark part of our imaginative lives — not F. Scott Fitzgerald’s dark night of the soul where it is always three o’clock in the morning, but the space under the stairs, where possessions consumed in the passionate delirium of cupidity accumulate to mock us. Sex has its post-coital tristesse1 , consumerism has its post-purchase melancholy. A recent study showed that the majority of machines emerge from the chrysalis2 of their four-color polysealed packaging only to retreat into wretched desuetude3. All subjective experience shows that deep-fat fryers, bread machines and ice-cream makers, to offer only a few examples, are quite literally useless for the purpose intended. They sit redundant in cupboards, telling stories about us, like 19th century servants chattering about their masters above stairs. Perhaps, one muses, this treachery is their true function.

Our poverty of abundance originated in the 1950s. The idea — then novel — was that continuing acquisition of supposedly ever-better-looking, ever-better-performing material goods made life perfect. Anyone who has actually driven a '57 Thunderbird knows the pitiable fragility of this vision, but for a moment Detroit defined this version of the American Dream with industrial thoroughness. The carmakers introduced the annual model year, a travesty of “progress” because the changes were superficial. Social critics, including Vance Packard, whose “The Hidden Persuaders” (1957) and “The Status Seekers” (1961) picked up where Veblen left off, called it “planned obsolescence.” A General Motors executive said, “We have not depreciated last year’s cars, we have appreciated your mind.”

Hence the fateful appointments we have all made in car showrooms or appliance megastores. Here we can see consumer behavior that is wonderfully odd — entirely predictable and utterly irrational. There is a tragic poetry about all of this. We buy things and anticipate happiness, but the truth is the merchandise cruelly ridicules us. Cars equipped with "performance" that cannot be (legally) used. Home computers with memory sufficient to run the economy of Luxembourg. Deep-fat fryers we cannot be bothered to plug in after one failed experiment with tempura. The things we want are weapons in our struggle for psychological survival — absurd, sometimes beautiful, almost always wasteful, sad.

No one sensed this more keenly than Daniel J. Boorstin, America’s great popular historian. With symmetry that Carl Jung would have found significant, Boorstin died the week before British television began a major series on “Status Anxiety.” At one stage in a distinguished career, Boorstin was up against the House Un-American Activities Committee, accused of Communist ties, but in his writings Boorstin had even more un-American activities in mind: to undermine gratuitous consumption through intellectual sabotage. He was a brilliant debunker of celebrity, of the absurdities of materialism and the ruinous contradictions of acquiring repute through dry goods. He wrote: “Nearly everything we do to enlarge our world, to make life more interesting, more varied, more exciting, more ‘fabulous,’ more promising, in the long run, has an opposite effect.”

How to deal with this terrifying trap that objects lay for us? Eliminate as many of them as possible. My favorite method is a test: the Absence Factor. It was devised by Jeremy Bullmore, former chairman of the London office of the J. Walter Thompson advertising agency. You consider any object and give it a value from 0 to 100, depending on your estimate of how much you would miss it in a crisis. Thus, the giltwood chinoiserie Louis XVI harp 4 in the drawing room, to say nothing of the deep-fat fryer in the kitchen, scores very low, while an ample supply of Kimberly-Clark’s signature product — if in a gastroenterological crisis on, say, a train in Gujarat — scores very nearly the maximum possible points. Simple pleasures rarely disappoint.

Stephen Bayley is a London design consultant. A longer version of this article appeared in the London Independent

1 chrysalis: a cocoon; a tadpole- relative to a frog

3 desuetude: A state of disuse or inactivity

And I included the picture below with the essay for my brighter students’ amusement. 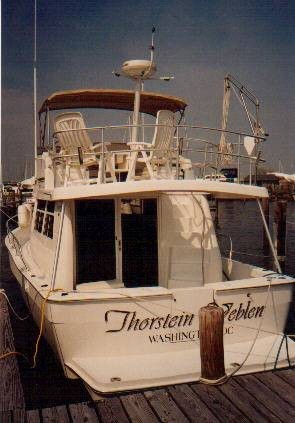 I think one of two things will happen in the UK

Londonstan is a prime example of what happens when you allow people to migrate without assimilation , Im sure arabic will be one the languages students will be forced to learn

Isn’t the Mayor of London a Muslim of ME heritage?

Fully chipped society is in Revelations. It will happen, and it will be for evil purposes of control.

Yeppers. I don’t invest in gold much, but I have a lot invested in lead.

As to Q1: How can we by-pass that middle layer, our handlers, the buffer zone, call it what you like, to stop the destructive influence of the top layer ?

When it comes to this, it must be demanded, by the people, at any necessary level of suffering that the Government be made to be the servant of the people, and that the rights of the people be unalienable. See the US DOI. “We hold these truths to be self evident, that all men are created equal and endowed by thier creator with unalienable rights…”

Then Government powers and responsibilities must be severely limited, at penalty of death for violations. There should be no allowance for professional politicians; power corrupts…absolutely

The government bloat and regulatory creep of Progressivism in thier Globalist agenda must be squashed like a bug and not tolerated.

Even with all of this a nation is lost without a shared absolute morality, lines that men and by extension of their allowance government simply will not cross. This was the purpose of the cryptic statements of the American founders about our form of governance requiring religiously moral citizens.

If I may: The problem with your pyramid is that it is upside down, and that the Creator establishing moral boundaries is not at the top of it.

I’ve thought abt these q’s a lot and don’t really have an answer, but I do think I know where this is all leading and maybe thats the best option?

Q1 tho is more difficult.

Lets give them a NWO but a world that is totally ungovernable - total anarchy - total segregation in seperate ‘tribes’.
Not sure thats really what I want to happen but I don’t see an alternative. It’s called creative destruction and its happening anyway.

Perhaps France has the right idea after all

From the sounds of it the UK is in the throws of a cold civil war much like the US.

To avoid mass genocide and the resultant self loathing in the future, there needs to be a good deportation plan… to the original Mideast or African country or some island.

Also, need to shut up -deprogram - the British liberals who will try to stop the deportations.

While not directly answering your question this 22 min commentary by Sebastian Gorka
has some relevant points… perhaps, in some respects, we are running away from the problem…

In the Uk we have almost already done that, half are already accepting their fate and willingly I add, no anarchy required. Of the other half I’m not so sure of how many will actually fight , when they realise the pen is not mightier than the sword, with respect to this single issue.

Indeed it is the obvious plan but currently we have no political vehicle for that.

perhaps, in some respects, we are running away from the problem…

Are you referring to “we” as in the members here isolated in an echo chamber between ourselves ? And not dueling on F/book, Twitter etc ?

Just send them back to France, that is where they all came from (speaking as a Brit).