That video is awesome. Proof that the wall that supposedly wasn’t getting built actually works, contrary to the claims made by OP.

Why do you want people illegally invading this country?

Show me where I said that I did please.

I’ll return Monday and look forward to learning this. Thanks

The wall doesn’t have to be impenetrable, and there’s no real economically viable way to do so, rather the wall only needs to act as a visual deterrent and as a means of significantly slowing down illegal immigration.

Speaking of economically viable how would you measure the impact of the visual deterrent?. @Triangleposted something upthread but i’ll have to wait until Monday to red and fact check it. I’ve no reason to doubt its veracity though.

You advocate doing nothing essentially an open border.

Over a million will cross the border illegally or claiming economic asylum this year yet we don’t need to build a wall or do anything.

Over a million pool have been ordered deported yet no one iOS being deported as we lack the monetary resources to deport them.

Over 750K people are awaiting their deportation orders and will disappear into the US and you advocate doing nothing.

Sensors and electronic toys are wonderful and will allow us to actually count the number of people entering the US.

That civil war in the US gets closer very year.

Literally show me the cut part of the wall and show me a video of a guy cutting the wall. If you can’t then that shit didn’t happen.

BTW. IF Asshats like you actually did any reading on this subject matter on this site, you would have known we already have a thread topic created on this issue!

Maybe it is time that Trump goes full scorched Earth in order to address this problem once and for all! This is extremely frustrating to watch while our leaders are busy playing politics in DC for their own self interests. Unless the American people march into DC and demand they address this crisis we will cease to be a country! https://youtu.be/SlyM5Ez1VG0 Watch Live! DHS Kirstjen Nielsen is tesitfying before congresss https://youtu.be/0HDm38FehJk UPDATE **** 3/30/2019 Trump just announce…

The article is pure BS.

No cordless tool can cut through steel, concrete, and steel rebar without a whole truck load of batteries and different types of blades.

The sawzall/saber saw cannot do it period.

They are being guarded and monitored with everything from ground to vibration sensors, mounted static video cam’s, drones, manned aircraft and both foot and vehicle patrols.

He’s just afraid the labor costs on his imaginary farms and vineyards will skyrocket if we manage to cut illegal immigration to a trickle.

He may have to start hiring Chines laborers right off the boat!

It would appear the technology is feasible.

It is what the House Democrats want:

The proposal, which Democrats are drafting into a formal letter to Trump, will include border security improvements such as retrofitting ports of entry, new sensors and drones, more immigration judges and border patrol agents, and additional technology, among other measures. 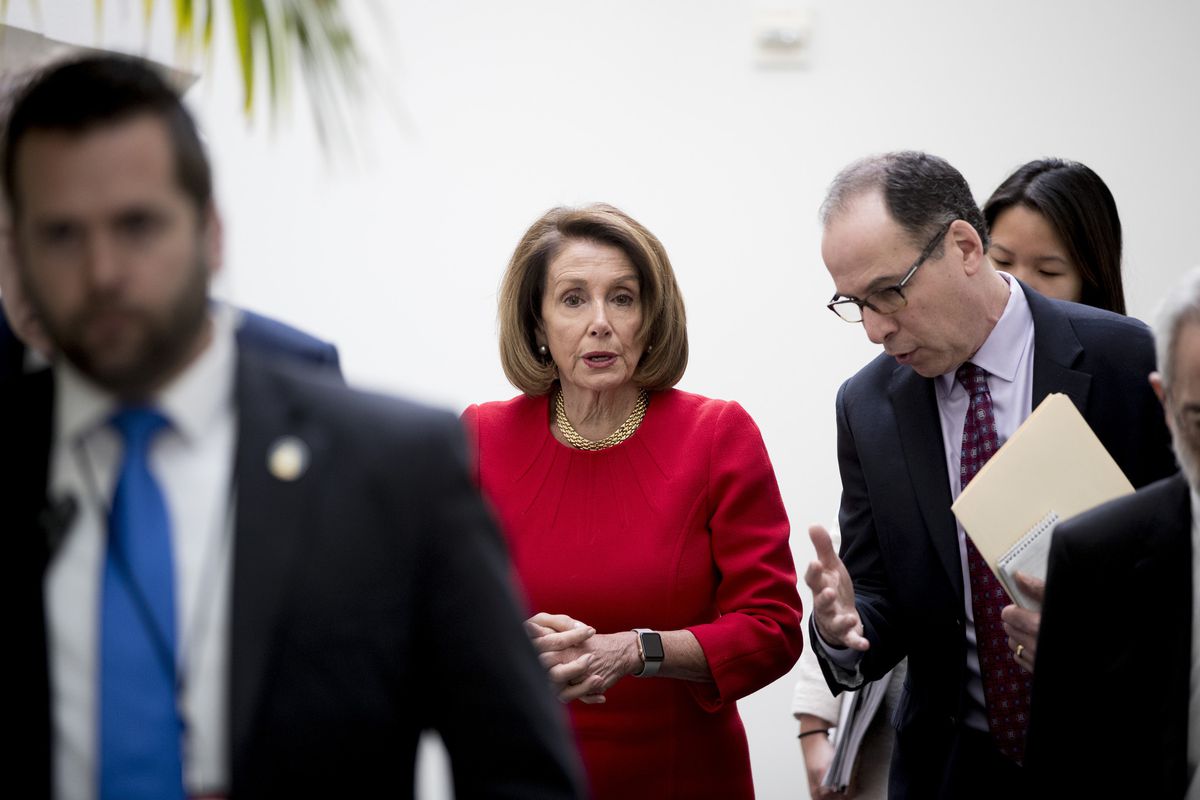 House Democrats are prepared to support increased spending on border security, but not a wall, if President Donald Trump agrees to reopen the government first.

A wall is only one part of what should be a comprehensive plan.

The funniest part in the link is that Trump admits he’s not being briefed on this. They’re probably scared to tell him that his wall is failing…

Wow - criminals being criminals. Shocking. These are the people that you and your ilk want in our country?

So the wall IS being built? Huh? I thought the Democrats swore it would never happen. Thanks for confirming, OP.

Trump admits he’s not being briefed on this.

As far as anyone knows he does not attend briefings on anything. That’s the number one issue military and security experts have with him. Take Syria…entirely knee jerk to keep a campaign promise.

labor costs on his imaginary farms and vineyards will skyrocket if we manage to cut illegal immigration to a trickle.

The vineyards are tended by migrants that came here years ago and are now fully documented. Should migrant labor not be available to us in California we have the same contingency plan as most others…we plant almonds or walnuts which are less labor intensive.

And you’ll have to start doing what my family did. That is grow and can or freeze your own food.

Because the fresh veggies at your local grocer are going to be really spendy.

Any chance you can get back on topic?

It would appear the technology is feasible.

And if not then then their will be those who innovate better solutions. Should they be successful at eliminating the tunnels I’ll look forward to a day then the solution is scaled down to be effective at keep moles and the damned ground squirrels out of our fields and vineyards.

Any tunnel found on the USA side should be sealed & pumped full of cyanide. Gotta be creative.

Unfortunately all electronic devices do nothing to deter crossing the border

According to news reports, Cruz-Carmona failed to yield and crashed his vehicle into Beach who was riding his motorcycle on the night of September 1, 2018 in Raleigh, North Carolina. Beach was decapitated at the scent and Cruz-Carmona also reportedly fled the scene of the accident with Beach’s body still stuck to his vehicle. Police later captured Cruz-Carmona.

Beach is survived by his fiancé, two-year-old son, and many family members.