the wall is unnecessary…

Chicken wire would be as effective and less expensive.

Good points made by the leftists on this one and thanks for bringing this to our attention. We should make the type of wall Trump wanted first, 10+ feet thick 50 feet high, and maybe add gunner nests so if anyone attempts to breach the wall or climb it they become a statistic.

No undefended-physical barrier can stand up to unlimited attacks. The point of any wall is not that it is impregnable. The point of the barrier is that it makes penetration difficult and delays penetration to the point where defensive forces can array against penetration. A prison wall is not impregnable, it keeps prisoners from escaping until the guards can arrive. The Israeli wall is not impregnable, it stops terrorists from attacking until the Israeli forces can arrive to stop the terrorists. A castle wall is not impregnable but its walls make the task of attack more difficult, empower defenders, and allow a smaller force to withstand penetration. Ditto for the border defense. It retards entry but needs to be supplemented by surveillance and rapid reaction forces to supplement it. I am amazed that there is anyone who did not understand such a simple thing.

Every time @Watchman_Libtard makes a thread…

I am amazed that there is anyone who did not understand such a simple thing.

Then why has it been seemingly presented as the solution for illegal border crossings when we know full well that it will do nothing to deter tunneling?

Oy vey… cutting through the wall.

Also Media: Smugglers and Cartels are sawing through sections of the new wall built by the Trump Admin.

Leftists: Wasn’t that wall that’s just a conspiracy theory supposed to be the best wall ever? Not that good if a couple of smugglers and drug dealers can cut through it. Trump failed again…

You mean like what you try to call out on fake news whenever someone posts something you don’t agree with? You pretty much lost the argument on substance alone, not to mention your credibility here is just about bankrupt!

You and @RickRoll on a date?

How about you try and stay on topic instead of trying and failing to troll me?

Or is that all you got? If so then I’m good with ignoring your junk. 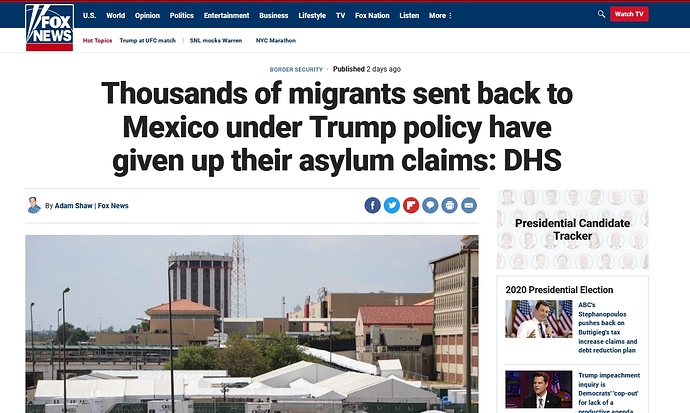 The wall was never any sort of solution

This is what happens when we become driven by emotions rather than reasoning and common sense.

Does your house have walls, doors, and locks? Were you driven by emotions to put them in place and maintain them?

Were you driven by emotions to put them in place and maintain them?

I guess his childish lack of response answered your question. Typical selfish leftist. He wants to secure his property and make sure no one who isn’t supposed to be there doesn’t enter - but he will gladly sit back while your neighborhood gets flooded with filthy third world illegal scum - hell, he will even encourage it. These assholes love diversity and multiculturalism, so long as they aren’t the ones dealing with it. NIMBYs.

You can do that, right?

Just calling out your hypocrisy and your trollish behavior!

Look at who is calling the kettle black? Hillarious!

We don’t watch much TV but it’s Masterpiece Theatre on OPB.

I’ll look forward to reading some posts from any who choose to remain on topic/ Some have posted counter arguments, thanks for that!

Because no one is going to notice the noise and shower of sparks given off as they slowly, VERY slowly, grind through the barrier… oh, wait, yes they will.

The wall doesn’t have to be impenetrable, and there’s no real economically viable way to do so, rather the wall only needs to act as a visual deterrent and as a means of significantly slowing down illegal immigration.

To actual organized criminal operations… human trafficking and so forth… yeah we need MORE than a wall to deal with that issue.

The wall is just ONE PART of a greater whole designed to thwart illegal immigration.

Why do you want people illegally invading this country?