Streatham attacker had been released from jail

“A man shot dead by police after he attacked people in south London had been recently released from prison after serving time for terror offences.”

Question: Should a known terrorist be killed after he has killed/injured unsuspecting civilians, or before? Discuss? 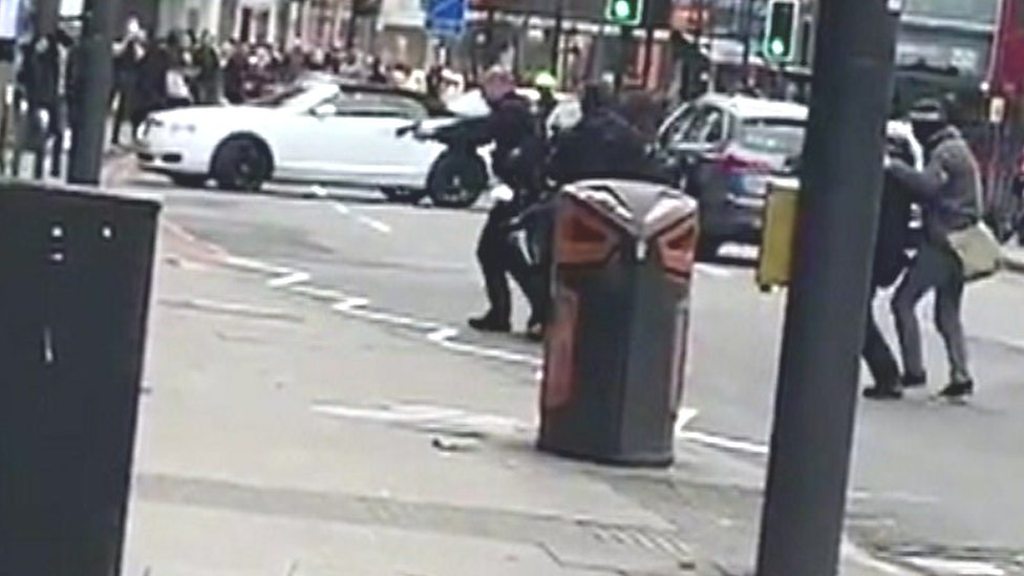 Streatham attacker had been released from jail

A man who stabbed people in a terrorist-related incident in London was released from jail in January.

The religion of peace at its best!

There is no rehabbing Jihadis. Some will eventually see how wrong they are on their own but not as a result of going to prison.

“But ex-independent reviewer of terror legislation Lord Carlile said the plans “may be in breach of the law”. The emergency legislation follows two attacks by men convicted of terror offences in London in recent months.”

With obsessive liberals like him at the top of our Judiciary, we don’t stand a bloody chance against global Islam. Now there’s a cotton-pickin’ thought to conjure with . . . when they catch us the terrorists kill us in the most appalling ways imaginable, but when we catch them, we give them due process.

FFS you really could make up this shit? I’ll bet they can’t believe how easy it’s going to be??

Footnote: it has come to light that this Streatham psychotic mad-dog bragged to another prison inmate his ‘ambition’ is to kill a member of the Establishment, so maybe he should start on this one - the law would soon change then, if a casualty were an elitist rather than just another pleb?

UK/US now shitholes but why? Europe

https://politicalbullpen.com/t/england-another-brutal-murder/7179/49 https://politicalbullpen.com/t/streatham-attacker-had-been-released-from-jail/7226 I know there are lots of separate threads etc etc etc but doing that weakens the real story IMO because they are mostly all related to the same issues and people respond/reply in much the same way. Seeing the various headlines as a collective better illustrates the extent of the problems. Isolating the events into separate threads which will gr…

Why do they even arrest these knuckle draggers, only to release them? I guess it’s having a good laugh & planning it’s next attack.