Multiple members of the City Council in Minneapolis, Minnesota, USA are proposing to dismantle the police department and replace it with a “transformative new model of public safety”. Just exactly what they envision as a transformational system is yet to be revealed.

This thread is to discuss possibilities both of a), what kind of system could successfully replace our current nationwide system of local law enforcement and of b), what the ramifications of such action (abolishment of the local police) on the safety of the law abiding citizens, the security of local businesses and their associated properties, the apprehension of lawbreakers, the detention of arrested criminals might be.

Those of you that paid attention to what Barack Obama said when he was our President may recall that he wanted a national police force, controlled by the President, that would be equal in power to the US military (his own version of the SS, I suppose) but I heard nothing of its ever being initiated.

Perhaps he found it easier to weaponize the IRS, the CIA, the FBI and all of our intelligence gathering entities to combat the opposition parties. Who knows? His proposal seems to have faded into the woodwork.

What do you think of abolishing the local police departments in the USA?

(Replies from users that live elsewhere are welcome. Perhaps some of you have experienced relevant conditions.)

Yeah I just posted this issue in the 2020 Riots Thread. This is an extreme idea fueled by extremist ideology. In the case of Minnesota, its a golden opportunity to usher in “Sharia Law”. The state AG is none other than extremist Keith Ellison who supports sharia Law.

Perhaps their is greater motives of implementing “Sharia Law” in Ellison’s grand vision? When looking at this current narrative of getting rid of the police force, there is much to be concerned about going forward. IMO democrats want nothing more than to seize power from the current ruling forces and collapsing the rule of law and society following it, is what their true scheme and intent is currently. https://theconservativetreehouse.com/2020/06/04/going-all-in-minneapolis-city-council-consid…

What do you think of abolishing the local police departments in the USA?

I think I need to buy stock in gun and ammo manufacturers.

Seriously, though I think it’s stupid. It will just be another no go zone like in South Chicago or in European communities.

Those same dem morons that want to defund police in their communities have protection funded by taxpayers . They live in gated communities and have pistol permits . If you think Cities like Detroit , Oakland, CA., St. Louis, MO.,Baltimore, MD., Birmingham AL are war zones now just wait . Most dem cities will be uninhabitable with a few short deadly years . And then the cries of racism will fill the air . Stupid people indeed !!!

I think as long as they keep it in Democrat cities (not Houston), knock yourself out and when the crime rate spikes and your city is abandoned, it’ll be clear why we don’t vote for Democrats.

Are people really this stupid?

Exactly what do these dolts think is going to be the result if they get their way?

They should try this out as a pilot effort. Simply send all the police home and let everyone know that they are doing it. Then watch what happens, I can pretty much guarantee you that it won’t be good.

I think if they do this then Democrats won’t be voting for Democrats. Who in their right mind wants to make their community less safe? There is no epidemic of police violence in this country. Total lie.

I’ve been trying to find a way to channel my anger at the killing of George Floyd. We need real change against increasing systemic racism in our local state governments across the US.

I do feel our law enforcement agencies are made up of dedicated, good people who want to serve and protect us all. But change is still needed. We cannot have more tragedies like what happened in Minnesota. It is destroying the fabric of our nation.

We have had plenty of “law enforcement reforms” over the years and they haven’t done anything. Take their money, take their toys. Defund, Disarm and Disband the police

You are about to get your insane wish. Minneapolis is planning to disband their police department. Next step will be to disarm the citizenry…where and when in history have we seen this before

I think if they do this then Democrats won’t be voting for Democrats. Who in their right mind wants to make their community less safe? There is no epidemic of police violence in this country. Total lie.

I don’t know if you can say they’re in their right minds, but San Francisco is a tailblazer on this. They still vote for increasingly crazy Democrats. Liberals: “Ban guns. Call the police if you need help.”

We need to defund, disarm, and disband the police, decriminalize drugs and sex work, and put some of the money we save into community programs to help people who turn to petty crime out of necessity to support themselves…

The racists and white supremacists are going to hate this. 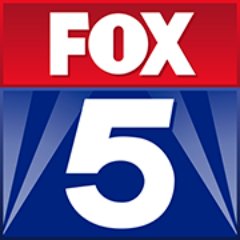 We need to defund, disarm, and disband the police

What a dumbass statement .

If you want to DM me pics of your milkies, you can. You do realize that people who do drugs can’t work?

put some of the money we save into community programs

How naive. For every dollar someone might get a penny by the time it runs through the corrupt hands of those who control the funds.

No, they turn to petty crime because they are criminals.

There are already resources in place for that.