Hey black power, what do you think of that retired black police officer in St Louis who was murdered by black thugs when he was trying to protect his community? Did his black life not matter?

I’m tempted to report this post for causing nightmares

@nia I really hope that they eliminate all police departments across the United States to make you and yours feel better, I really do. I applaud this because people like you have no idea what you’re asking for and people like me have been preparing for it for a very long time.

I think I need to buy stock in gun and ammo manufacturers.

I think we need a huge rally in DC tomorrow supporting the cops!

It would likely be infiltrated by Antifa fascist assholes and BlackLivesMatter numbnuts and turned into a violent clash.

Antifa and BLM need no cause to demonstrate for or against. All they need is a planned rally of any sort by anybody. They will invade either disguised as peaceful protestors or already wearing their own tee-shirts, while holding their own flags, signs and banners.

They seek cameras of the MSM to provide them with wall to wall coverage on the evening news.

They’re crazy like a fox. They WANT the breakdown of peaceful American society. Getting rid of the police is a good start toward that goal.

Ilhan Omar, from the Muslim shithole of Somalia, was elected to represent the 5th District. She favors everything Islam does…including Sharia Law. She wants to make America more like the shithole from which she claims to have fled.

This bitch replaced Keith Ellison who also promotes Sharia Law. He moved up to State AG.

Minnesota has some big problems coming soon, not just to Minneapolis but all over the state.

Wow- that’s the most organized graffiti I’ve ever seen. I guess it’s a small price to pay to cut down on looting…

Yaay, let’s have no police; everybody defend themselves! Let’s let all the violent sociopaths out of prison too!

I can promise you- a screwball like yourself would be killed inside a week.

I can propose a starting point: Disarm the police. Elimination of police brutality will follow in the wake of reorienting police work from armed intimidation to de-escalation and harm reduction. Police officers do not routinesly patrol with firearms in Great Britain, Ireland, Norway, Iceland, and New Zealand. Here’s how they carry out their duties in the UK: 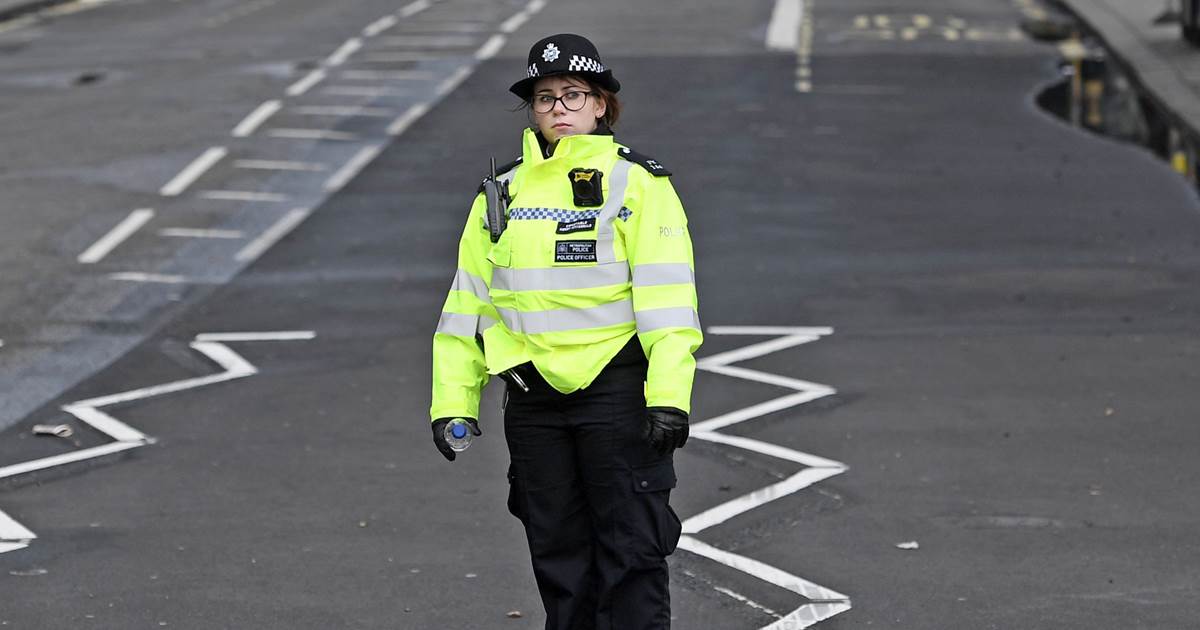 More than 90 percent of police in London don't carry guns. Here's why.

London's Metropolitan Police carried out some 3,300 deployments involving firearms in 2016. They didn't fire a single shot at a suspect.

Thanks for proving you are as dumb as you look. If you get rid of the police what are you going to do when your fellow thugs start kicking your door in to take your shit? Are you going to tell your thug intruders that you are woke?

I think you are just a typical black racist who wants to start a race war with whites. You are someone who doesn’t know how the real world works and you’ve watched too many movies. What are you going to do in the race war you are trying to start? Get sassy and shake your weave around? Here’s what you are up against and I will keep it fair. Great point - badass gator headshot too. These rioters are empowered now because they are tearing up their own cities. If they really want to take the fight to us, it won’t last very long.

All they need is a planned rally of any sort by anybody.

That’s what they did in Charlottesville.

If you don’t have the police to protect you…this is what you can expect.

The only white supremacy crisis in the west is it’s a crisis we don’t have more of it.

All of these problems you see around you are the result of not having enough of it.

Instead, they will be permitted to rewrite the very laws they’re breaking.

This whole things is a hustle. Jesse Jackson, Al Sharpton and other race-baiting con men have been extorting money from corporations for decades. They threaten to organize a Black boycott of a business unless they give a donation or hire a relative. We are seeing the same thing here.

For better or for worse, people are going to be moving out of cities.

COVID + riots is going to make another 1968 urban flight.

Of those who haven’t already moved out of the metropolitan areas into the countryside, many will never make it out now. This year, Shit is gonna hit the fan and the time for preparations is over! Either you ARE prepared now already, or you’ll never be!

Someday we’ll get tired of ceding everything we build to hand-rubbing pedophiles and their pet monkeys.