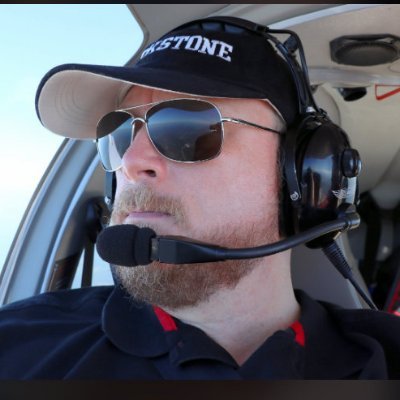 This man isn't a protester. He was just a guy sitting at a traffic light when cops shot his car with a tear gas round. He got out to yell at them because his pregnant wife is in the vehicle. So they opened fire on them. https://t.co/gFAsxwi97x
Dr_Manhattan June 5, 2020, 5:08am #1204

This is all a gigantic staged event, tied directly to the rise of the police state in America. They are going to let this get completely out of control, and use it as a justification for all of this other stuff they’re doing as a result of the flu hoax.

Indeed it is - there’s no need for any of it, never mind literally destroying a country’s entire economy; that didn’t happen in 2015/16 when the toll from seasonal influenza - and let nobody tell me this coronavirus crap is anything other than a hyped-up strain of seasonal flu!! - was even higher than it is now. If ever there was a ‘storm in a teacup’ this just has to be it - and we all know why, don’t we - to propiatate the pharmaceuticals giants in their agenda for annual worldwide vaccinations, and the associated PPE manufacturing industries, and the implementation of a cashless world? Next stop (as you rightly say) fascism, and Antifa have already got their act together to speed it on its way, because the rioting of recent days has absolutely fuck all to do with the George Floyd incident and we’re witnessing the start of a global insurrection and it ain’t gonna be pretty.

The media didn’t do that, they have nothing to do with the process…

Not alone, no, but the rioting and the media together did. Chauvin was looking at 3rd deg. murder/manslaughter. Then the governor gave the case to wifebeater general Keith Ellison and the charges were escalated, and the other cops - one of whom was on his 3rd shift as a cop, and Chauvin was his training officer, are now staring at possible 40 year sentences.

Not because of Floyd’s death, but because of the outcry of the mob, the media, and the false belief that it will stem the destruction. The Dems are making their sacrifice in blue.

It’s the Left in general - your Democrats and our Labour party - who are the real problem: when this cv crap (I’'m not going off-topic here because it’s related) took on a life of its own, and I saw that Johnson proved every day that he didn’t have the faintest idea how to handle it, I asserted in a few posts ‘This is going to mean the Tories will be out of office for at least 3 decades.’ Subsequently, when I realised that Labour was being compliant, or shared the same dogma, I realised that there is now no opposition party in the UK, so a change of government is no longer a material choice in a general election because things will be the same whichever one wins.

Then the governor gave the case to wifebeater general Keith Ellison and the charges were escalated, and the other cops - one of whom was on his 3rd shift as a cop, and Chauvin was his training officer, are now staring at possible 40 year sentences.

Perhaps their is greater motives of implementing “Sharia Law” in Ellison’s grand vision? When looking at this current narrative of getting rid of the police force, there is much to be concerned about going forward. IMO democrats want nothing more than to seize power from the current ruling forces and collapsing the rule of law and society following it, is what their true scheme and intent is currently.

Once you understand the larger objectives, everything becomes a sequence of predictable events. The term “community policing” has been used for several years by groups advocating for ra… Any decent American who still believes in our core values should be extremely concerned about the latest actions by certain Democratic Mayors in various cities across the country by which Tucker Carlson is apt to point out in his latest broadcast.

When you complain about violence and looters, remember that we’re talking about a captive population that has been robbed of everything. Who’s looting who? Who was violent first?

Next stop (as you rightly say) fascism , and Antifa have already got their act together to speed it on its way

You do realize Antifa stands for Anti-fascist, don’t you?

When you complain about violence and looters, remember that we’re talking about a captive population that has been robbed of everything. Who’s looting who? Who was violent first?

They haven’t been robbed of anything. They robbed themselves of their futures by pissing away an opportunity for education.

People walk hundreds of miles to get into this country for worse opportunities than these people have squandered.

Yes, I’d often wondered and found it out only last night whilst watching a Youtube. It’s a misnomer anyway, because they’re fascistic and anarchic, and should be wiped out.

Again, police officers, police chiefs, and the fraternal order of police chiefs have called this out as murder. Not to mention the vast majority of Americans that have viewed the video themselves. I only hope those thugs get convicted… 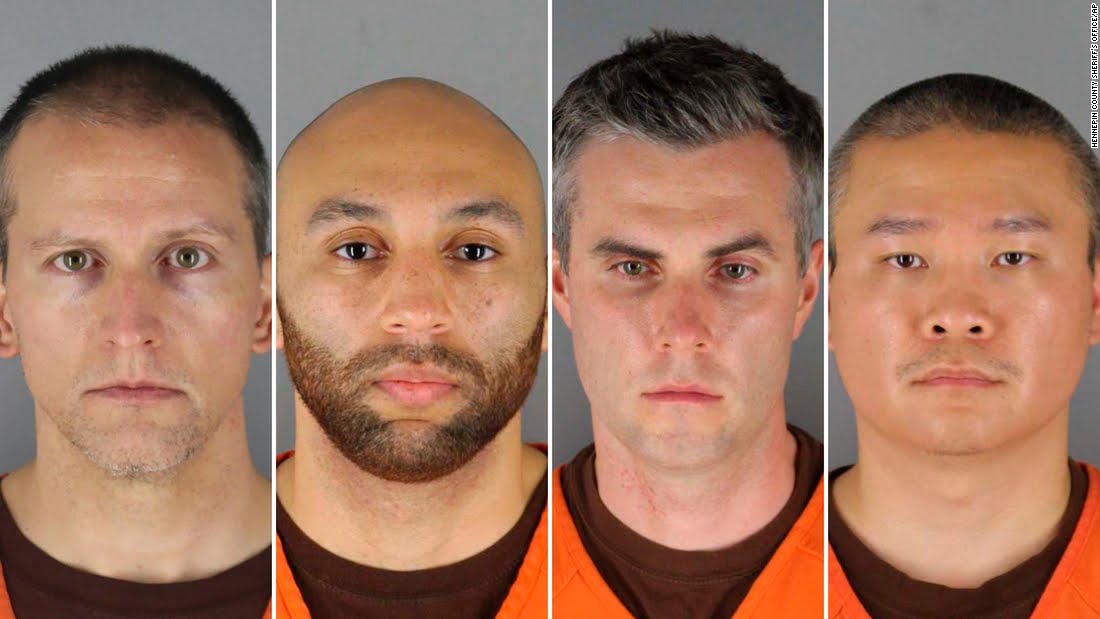 In fact, they look more like a group of thugs than they do members of any police force.

The dumbass MSM have equated protesters with rioters with the dems - that should work out well in November!! Trump knows exactly what he is doing! 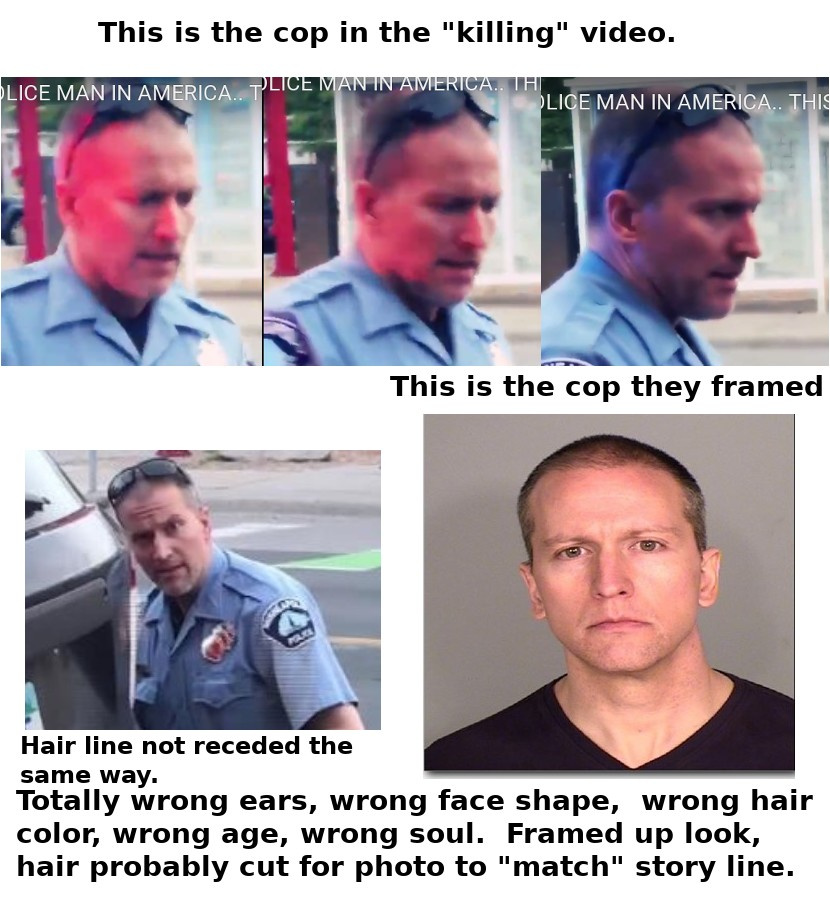 No bellyaching about Asian cops?

On the topic of ANTIFA remember this Obama speech.

He can’t walk and chew gum at the same time.

It’s all the same guy. I actually wonder how you make it through life, you must be barricaded in your house at all times, won’t walk by a black person because you know you’ll be mugged, and see conspiracy in literally EVERYTHING you view. 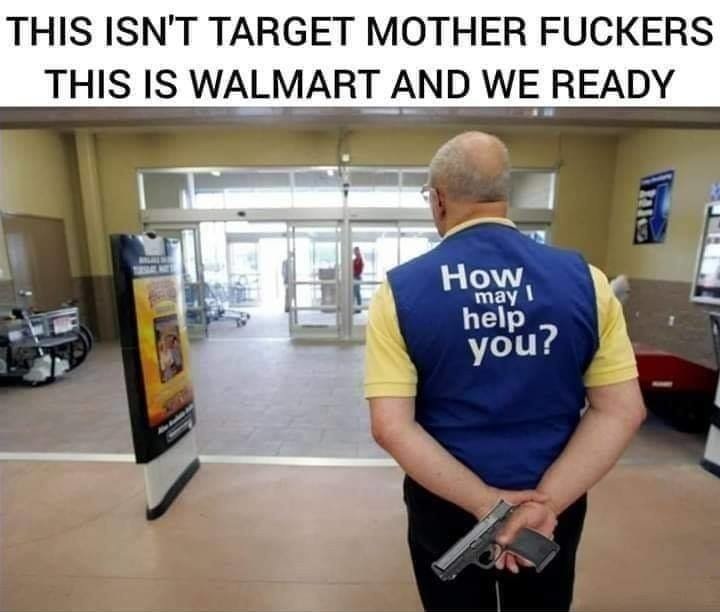 No. It’s definitely a difference face.

And how come there’s no noise about the Asian cop?

It’s not impossible to avoid blacks only locations and trains even in New York and Detroit. And how come there’s no noise about the Asian cop?

What do you mean by that…?