Think of Obama.
What did he accomplish?

His background.
Kenyan father and ■■■■■■ communist American mother.
Born in a Muslim country and a fake birth certificate from Hawaii.

Was he eligible?
(Did it really matter?)

Nope. I flat out don’t agree.

Was eligible… horrible President. We should have fought him on policy rather than wasting time trying to find his birth certificate.

Is this difficult to understand or are you trying to be obtuse?

If Joe and Karen naturalize before the birth, they are citizens and child is natural born.

His birth certificate is irrelevant. His father was not a US citizen. 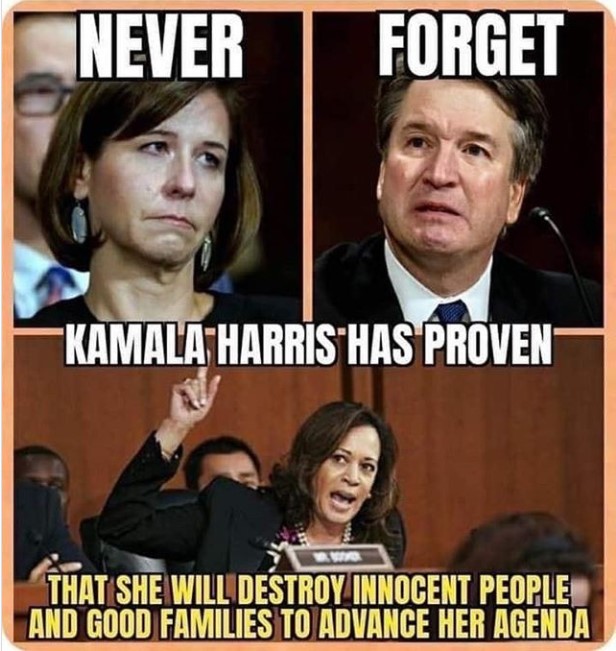 It’s not hard to understand, her parents were naturalized citizens. They were here legally, she was born here… she is a natural born citizen. We just don’t agree apparently.

It doesn’t matter, his mother was a citizen. There is no requirement that BOTH parents be Americans. For context, the call to end birthright citizenship is for people that came here illegally. They aren’t technically subject to the jurisdiction of the United States.

Kamala’s parents were not naturalized. Her father never naturalized. Maybe that was your point of disagreement.

There is plenty of evidence that both parents need to be US citizens.

Below is the relevant change to Hamilton’s proposed language detailed in Jay’s letter written to George Washington dated 25 July 1787:

Permit me to hint, whether it would be wise and seasonable to provide a strong check to the admission of Foreigners into the administration of our national Government; and to declare expressly that the Command in Chief of the American army shall not be given to nor devolve on, any but a natural born Citizen .

At common law, with the nomenclature of which the framers of the Constitution were familiar, it was never doubted that all children, born in a country of parentS who were its citizens, became themselves, upon their birth, citizens also. These were natives, or natural-born citizens, as distinguished from aliens or foreigners .

Child of a U.S. Citizen Mother and Alien Father [10]

OOps! I missed the most important quote from your reference link:

It’s all so fake. Lindsey Graham of course has no clue, which is pretty sad.

Born OUTSIDE of the US and only one parent need be a citizen. Sorry bud, you’re just failing to prove your case. Also, I don’t see anything suggesting he was never a citizen. He’s been here since the 60’s so I assumed he was a citizen. Either way, he was here legally.

I’ll let you have the last word, it’s just pointless to debate this. If Biden wins, she’s the VP like it or not. I think it’ll be destructive but I think we learned how much good this argument did against Obama. I had the same stance back then and wished people put as much effort in exposing his bad policies as they did with chasing the dream that he would be disqualified due to his birth location.

You are correct in this argument not to diminish “Last Man Out’s” effort, but my son wasn’t born on US soil and is considered a native born citizen because of me being a US citizen. His mother is a New Zealander Nationalist of Maori Origin. To my surprise it was incredibly easy for my son to establish US citizenship having received his US passport within 3 weeks. The argument of Kamala at least for me is that she is an anchor baby, because of current US policy makes people born on US soil automatic US citizen. It’s why Chinese nationals flock to Guam to have babies. There they don’t need a visa and as a result are producing a gateway for them to enter the US. This latter policy needs to change in the worst way to end this blatant abuse of our immigration laws. What is NOT covered for Kamala is Alien parent and Alien parent. Surely you can understand that.

Ohhh, sorry, you are still back on Barry Hussein Sotoero. You continue to avoid my question which again is, describe what you believe are the differences between a naturalized citizen, a born citizen and a natural born citizen. It is obvious to anyone with English as their first language, an understanding of US Code, SCOTUS rulings and dicta and the Constitutional Convention that these terms define differences and similarities with the term citizen. What do you understand to be those differences if not as I have explained?
A small horse, a tall horse and a tall saw horse all are horses but with distinct different meanings. Likewise here. We can let this ‘dead horse’ lay if you will explain this for me.