If you haven’t been doing so, buying gold as a safe haven is a good bet. During this CCP-Virus Breakout, the Block-Chain technology with many of the Central banks around the world, and Particularly China have been ramping up their efforts in order to make it the main vehicle for trade transactions. This is already becoming a reality as the regular Joe Schomo is too distracted with every day issues while dealing with the pandemic, economic and compliance issues of their local governments imposed restrictions. This is something they (elitists) are hoping no one is paying attention to in order to go ahead with their plans to digitize currency world wide. Once this happens their control over you and the commoner will be complete.

Here is an analysis of “Lagarde the Lizard” expressing her views in favor of a digital currency and what to expect in the not too distant future. 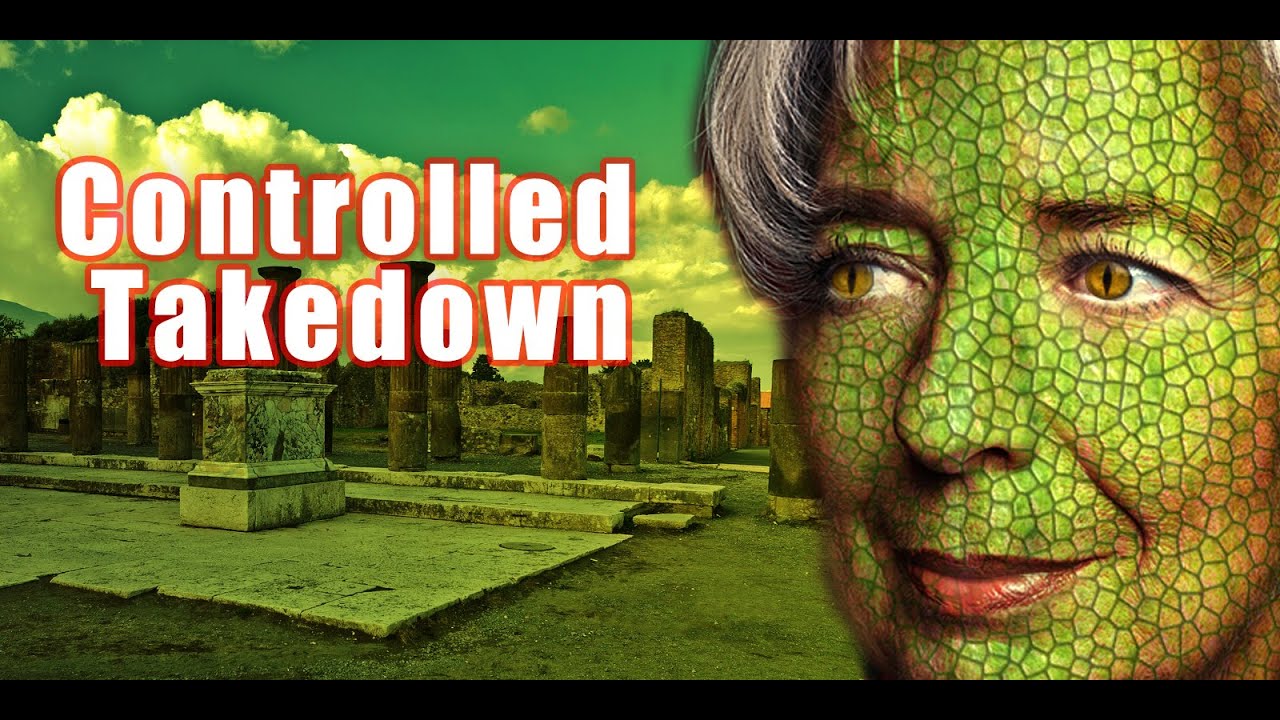 Project Spunta recently showed up in the headlines that 100 banks have joined this R3 consortium.This consortia is built for banks to automate reconciliation. This is a major update for the Italian Banking sector. NTT Data is a ripple partner pushing for interledger protocol and R3 can buy billions of xrp for a fraction of a penny.
Nations will develop their own updated blockchain based systems. These updated conortiums and networks have the ability to send value with digital assets. CBDCs might be years away conviently the private sector is all set up to make this happen without the digital euro. If the digital Euro comes out tomorrow Interledger will be involved. The pipes have been laid and digital assets and cbdcs can flow through them. Domestically everything gets updated, what about when the ECB needs to send value to another nation? Japan isn’t going to accept digital Euros. Why? Because the central bankers have poisoned their own fiat. Inflated it to the max. This is where a trust-less bridge asset comes into play. This is Project Stella. ECB/BOJ are working on a CBDC system and they specifically mentioned interledger protocol. They didn’t mention the things that i am mentioning. The CBDC studies are these super complicated systems when there is a much easier way.
There are R3 consortium that make trade efficient. adhering to the rules in real time without waiting. This breathes life into trade because it can happen in real time. Mail VS email… Emails are more frequently used because they happen in real time. I send out hundreds of emails a year but only a few letters. Prior to email I only sent a few letters. This is what will happen with trade. Remember all of these consortium that are corda based can easily plug in corda settler and xrp is one of the assets that they can choose for trade. SwiftGPI is slow because it uses nostro and vostro… see mail vs email analogy
The rise of robots, in a digital world everything is going to be automated. Jobs will evolve so prepare your children for a strong education in technology. We live in a globalized world and the companies that are bringing jobs back to their nation are few. With digital technologies and digital assets we have the ability to have a level playing field. That is what I believe is a catalyst for what is going on.
I am going to be very careful on how I say this. I wouldn’t want my channel to be deleted. She just connected the infamous illness and pollution. We are moving to a green economy.
When we get to the other side of this we are going to have a completely different financial system.
Nations know that this is a race. Nations are going to invest in companies to strengthen the intranets of value to compete on the internet of value.
We pay close attention to Lagarde because she saw the writing on the wall early and now she’s saying it’s even clearer. She’s a central banker that is infamous in the cryptosphere for her stance on digital assets and blockchain technology now she is saying it’s clearer than ever.
On october 14th 2020 finextra reports that a EU commissioner stated “A digital euro solution should not crowd out solutions that come from the private sector. In the ECB report, it is highlighted that such a solution would be complementary to private sector opportunities. There should not be rivalry or competition.”
CBDCs are time consuming projects however the private sector already has traction and they have allowed the plumbing to be built. They’re on board. R3 has created solutions for CBDCs and can deliver to the central banks.
They don’t want the average joe six pack to catch on. They’re resetting the system and they will remain in power. I own gold in case I am wrong.
She’s speaking of a retail cbdc but what’s going to happen first is a back end cbdc called a wholesale CBDC. Platforms and banks can interact at the speed of digital currency. they’re getting the masses used to the idea of digital currency. the masses will blindly accept wholesale cbdc or the reset with ease.

For a more contextualized understanding how Multi-National corporations are controlling the resources and trade I strongly recommend reading this linked reference. Its all connected. (Minus the Biden reference and focus on the mechanisms of trade)

Furthermore, if this is not a subject that doesn’t peak your interest, I strongly encourage you to read for the purpose of educating yourself of what is really at play here in the broader picture of things in order to better prepare yourself for what is coming next. In other words don’t be caught flatfooted as the saying goes when things start intensifying where hard currency is no longer accepted as legal tender for every day transactions.

Amid the latest evidence that Hunter and Joe Biden are selling their ability to influence U.S. institutions to the benefit of foreign governments, I have received numerous requests to once again explain what those foreign interests are purchasing. Understanding the purchase requires understanding the term “ exfiltration ” of wealth. To understand the purchasing system, it becomes necessary to understand the underlying financial & economic constructs; the cornerstone of U.S. wealth. We begi… 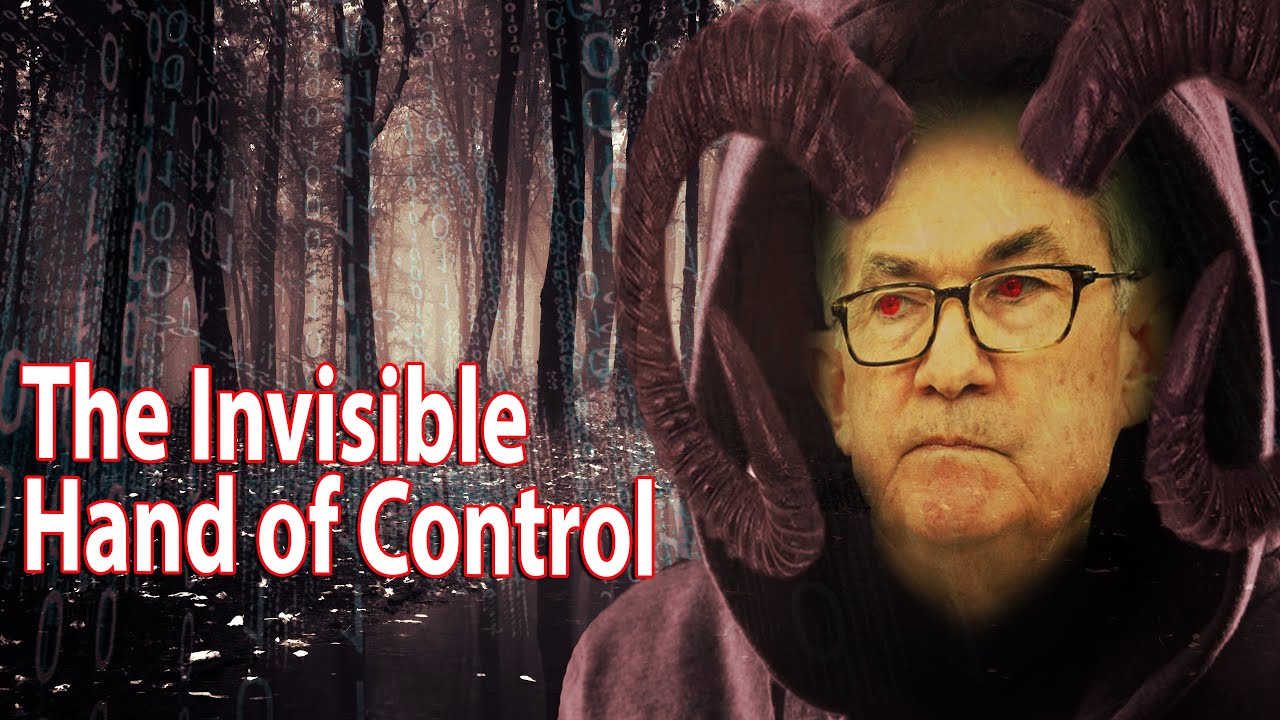 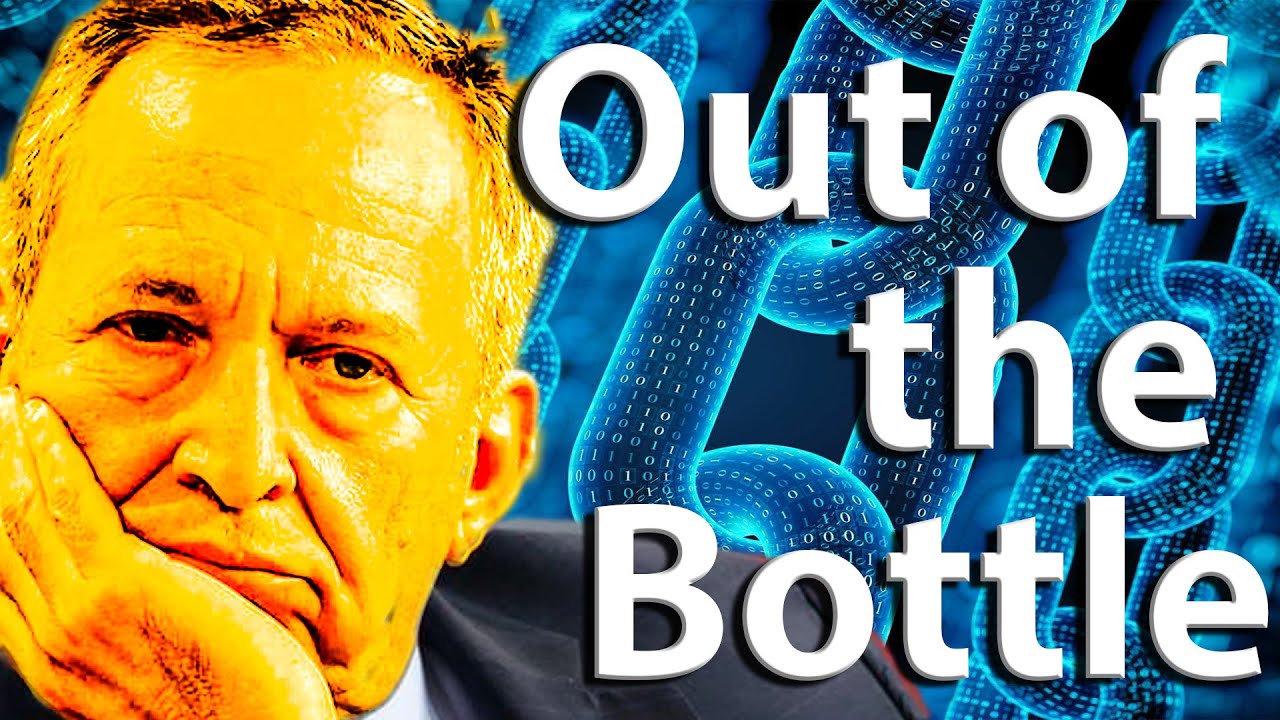 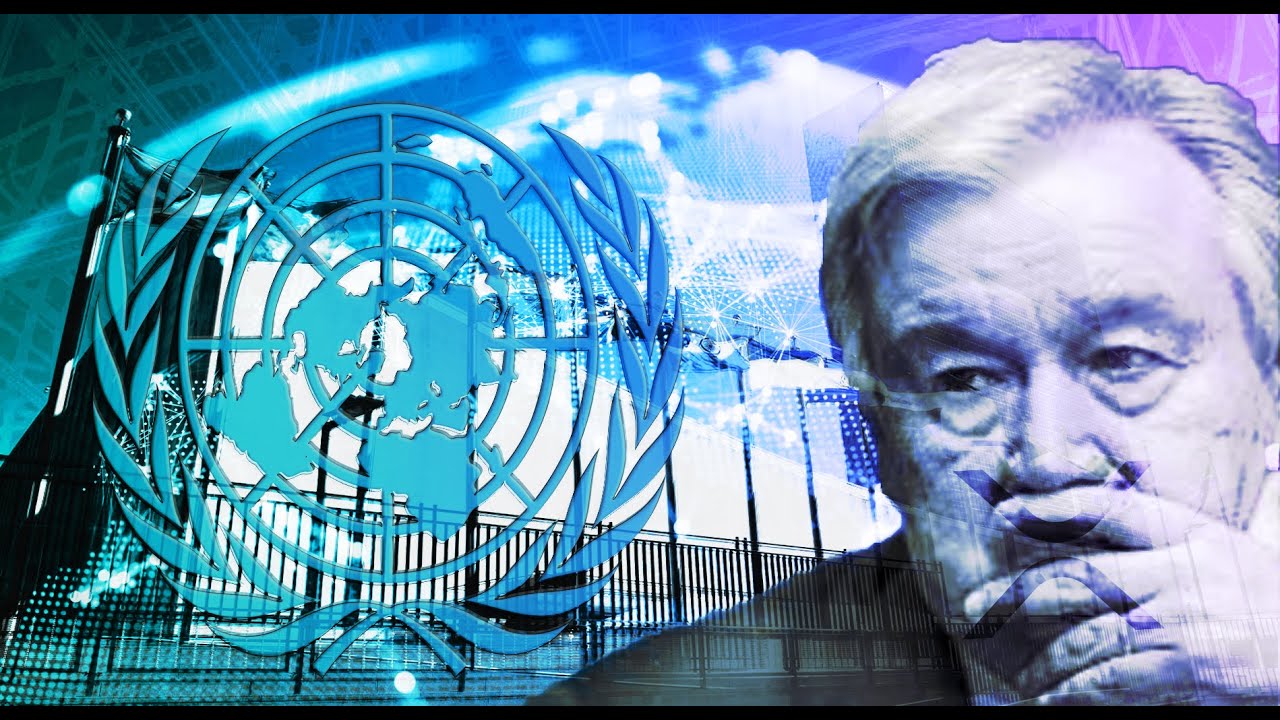 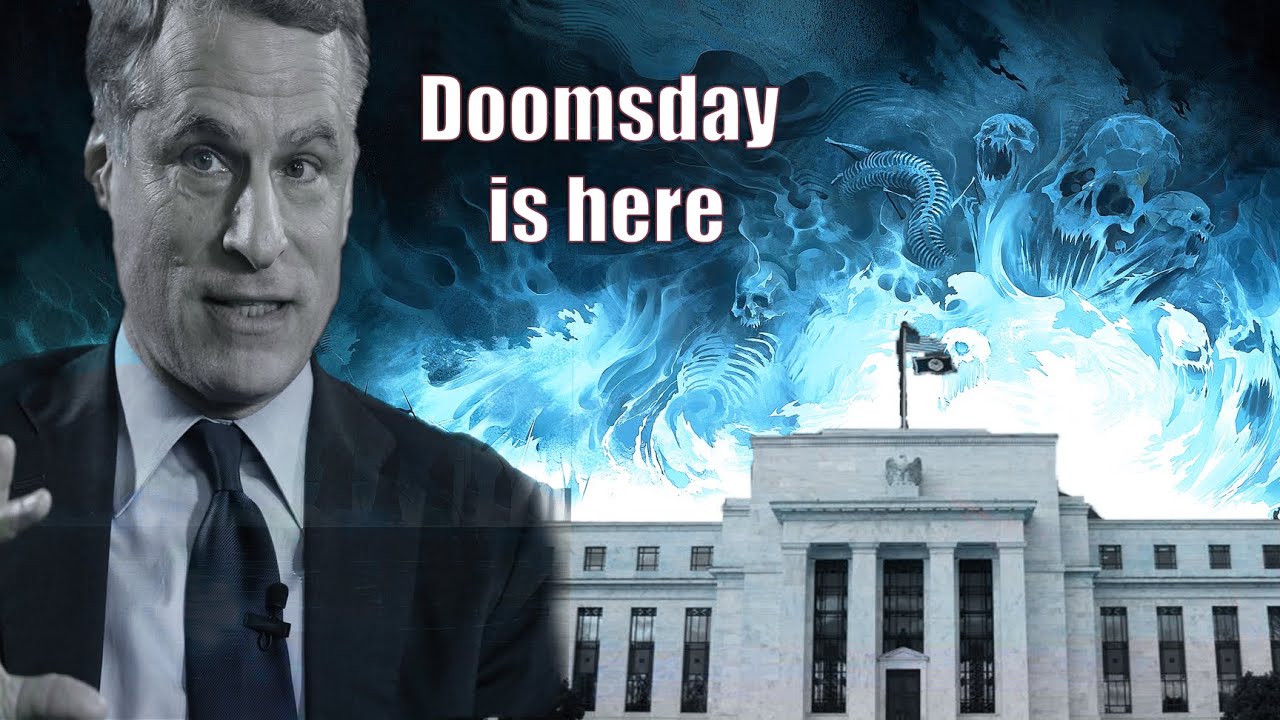 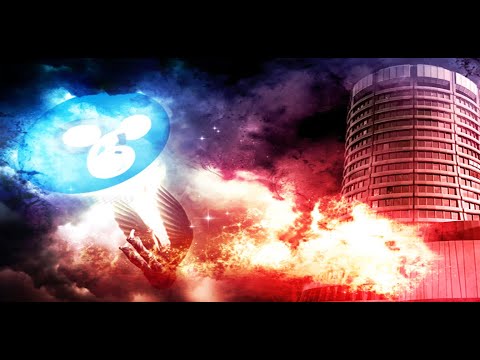 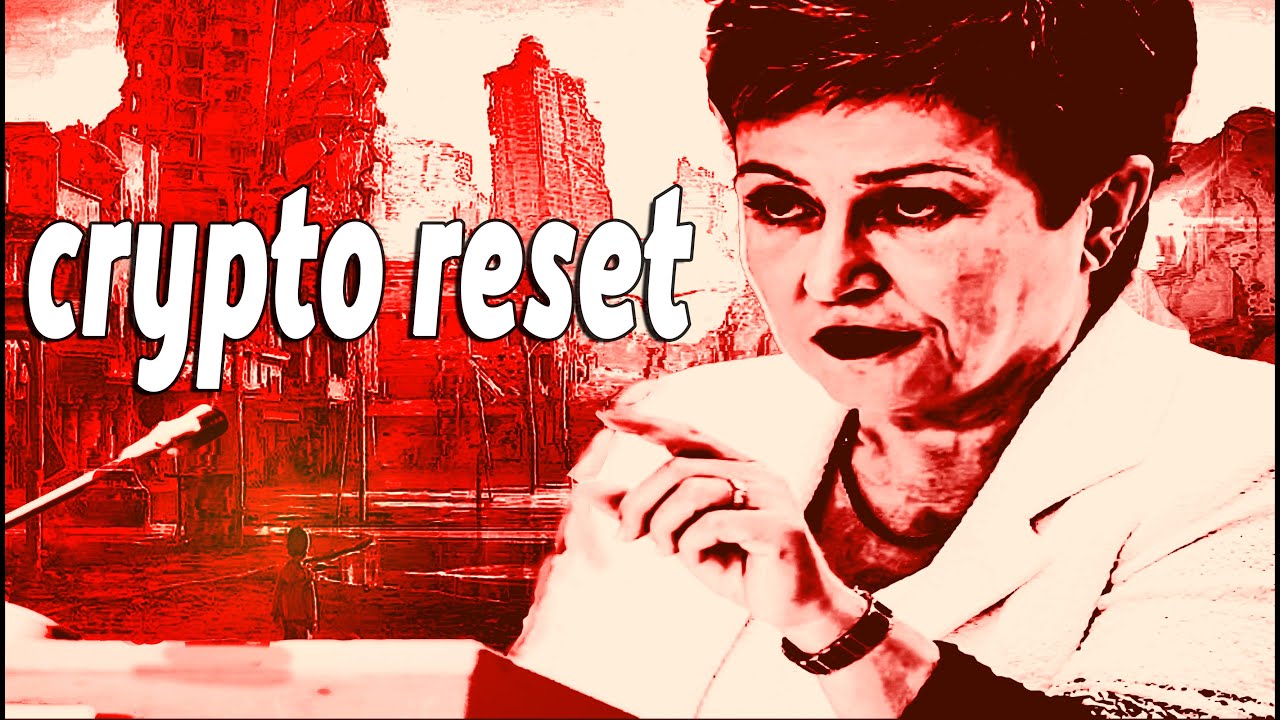 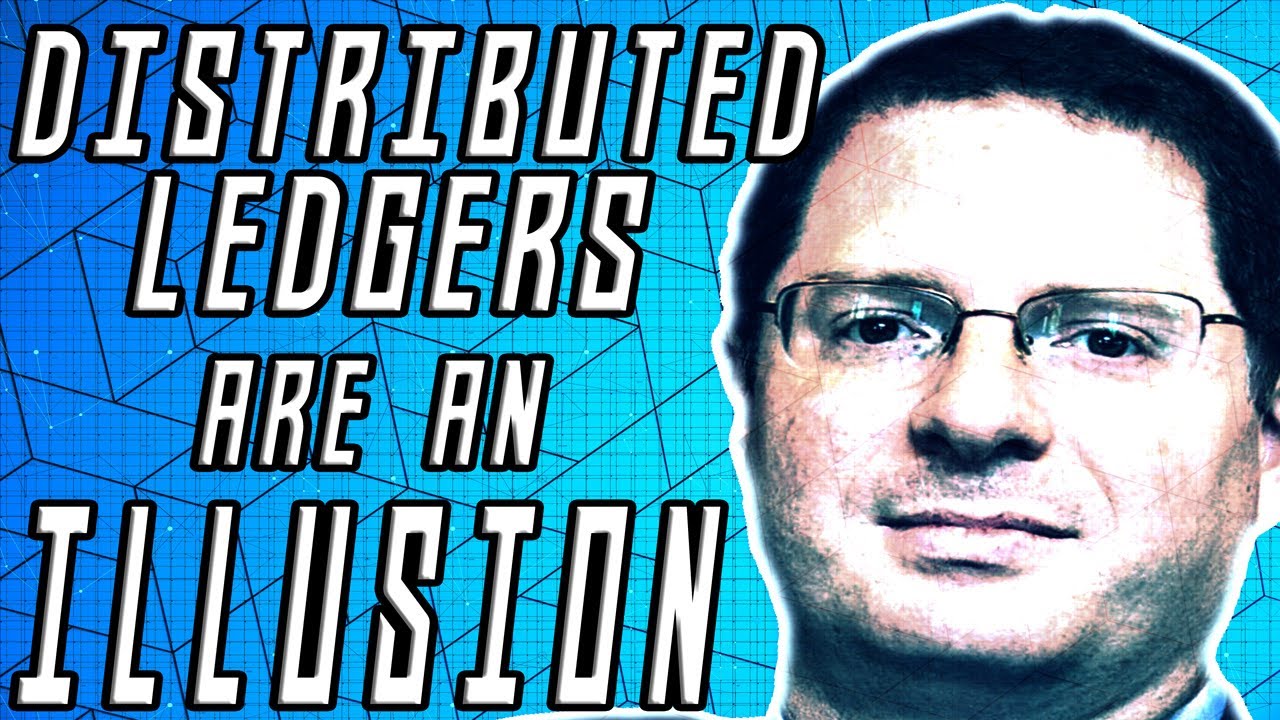 Just say NO to crypto. and if you buy metals-get actuals. All this stuff are Ponzi schemes.

The problem with this is the CB’ are already set to trade with block chain and crypto. CCP-Virus is tied into this as being the Great Reset. That is why the election of Trump is so important.

Crypto violates all real trading rules. It is a commodity/currency trading, with a fake product. CFTC and SEC failed to nip it in the bud. This directly harms the USA.

I remember back in 2004-2008 there were were digital game currency’s and some created coins and things that were clearly becoming currencies one could trade, cash in for legitimate currencies .and at that time the SEC and CFTC crushed them, and threatened them in every way, because not only were they violating currency laws, they were essentially Ponzi schemes.

Commodity and Security trading already needed policing, yet look what happened when these agencies started looking the other way with crypto. Look at what administrations looked the other way.

There is no such thing within the law, as private people and companies engaging in Crypto mining using computer programs. That’s just fake and very harmful to America.

The counter argument was “yeah but, look at the US currency, it’s already a fiat currency not backed by anything.”

It’s “legal tender” within US law. As soon as you take that away, you allow a globalist Soros rip off squads to wreck havoc.

Gold is the biggest fake market today, but any commodity market that goes beyond actual supply and demand, becomes corrupt casino markets. Gold should be 32 dollars an ounce. If one falls down, you have to pick yourself up from the same spot you fell down. Here is the key.

It then becomes market manipulation. Politicians created the nuttiness and then greed takes over, in the name of “free trading”, it’s not free trading at all, it’s power of numbers following buying and selling commands that has nothing to do with real supply and demand.

Before all of this, in Commodity and Security trading, there already was plenty of fraud and manipulation. We need strong laws to prevent FAKE trading, just like we need to stop FAKE news. We need an honor system back, where only the worst, rude asshole, con-artist and foreign enemies, try to undermine the country.

Futures trading and various trading instruments were created to protect, but instead they became casino markets. They generate FAKE news, i.e., news story about a freeze in Brazil and suddenly the price of coffee goes to the moon and “investors” make a killing. But it’s FAKE. The tail wagging the dog.

Speculators are neither investors nor producers. They are parasites, complete with armies of middlemen. They don’t care whether a position is bull or Bear, as long as they are on the winning side of a trade.

I detest “block chain” scams. It no different from any FAKE get rich quick scam.

Start here, in this country to repudiate the fiends. China CCP needs to be repudiated for what they are, until regular Chinese people kick them out.

But has to start here in the USA. Take down the devious traders here.

You are right on all accounts, but how is it going to be stopped if they decide to certify Biden as the next president? Or even

Also it was Wilson who ushered in the FED not FDR.

Lastly this thread ties everything together.

So what is the great “Reset?” A lot of talk about this "Reset has been recently making its rounds on various sites and social media forums, and the common theme is the world turning to a communistic structure when China leads the way. With the US elections still undecided, the world awaits with baited breath if Trump will emerge victorious in order to reveal treasonous doings in order to save it from going deeper in this darkness of tyranny. With crypto currency now emerging and CCP-Virus acting…

Also it was Wilson who ushered in the FED not FDR.

It was FDR that took us off the Gold Standard. That was what I was referring too.

This is more to the point of what you are getting at. The Central Banks are the true silent enemy. One has to pick oneself up, from the same spot one falls.

In the latter day of the Law it’s like expecting Monkeys to recite the Gettysburg Address.

With enough suffering they yearn to be saved, but people are like birds of a feather flock together. 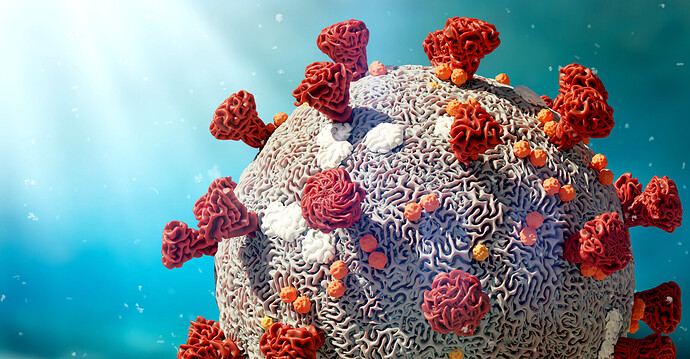 Trump’s pick Judy Shelton was denied. This was gambit move by Trump! 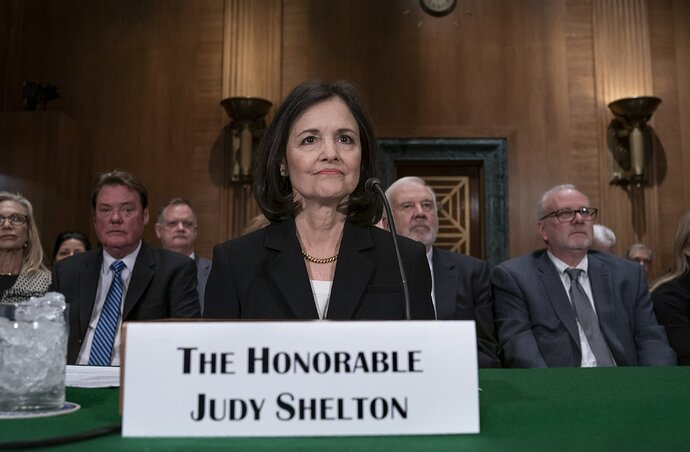 WASHINGTON (AP) — The nomination of Judy Shelton, President Donald Trump's controversial pick for the Federal Reserve, is stalled in the Senate after Vice President-elect Kamala Harris returned to...

I mentioned this in another thread about Graham fist pumping K. Harris. Fkers! Freaking traitors!

I wouldn’t give any AP link to help their traffic. Their entire purpose at this point is a gambit.

Other sources of news need to take over from Reuters and AP and all American news.

It was the only one I could find at the time. Not many were reporting on this either. 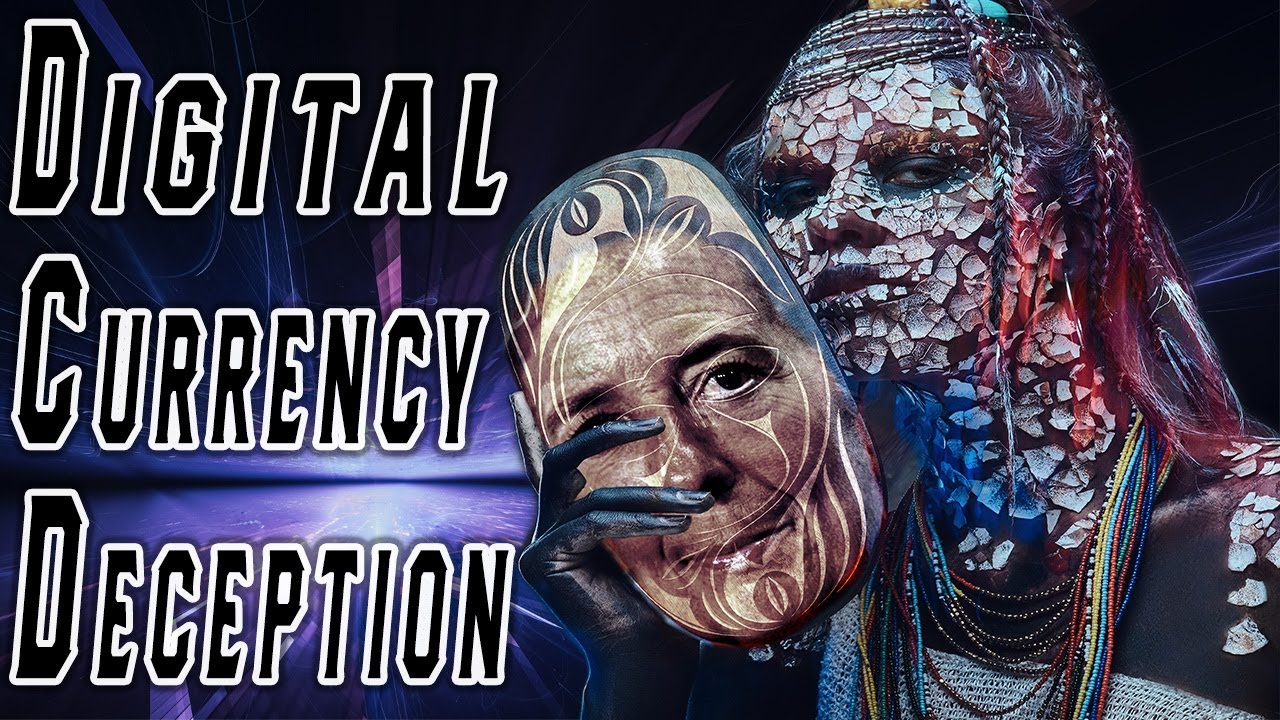