ICE should’ve rounded up the kids as well and kicked their lazy fat asses all back to their shitholes. Their citizenship should get stripped because their parents were here illegally. We dlon’t need these welfare leeches in our schools or in our neighbords. Send them all back. 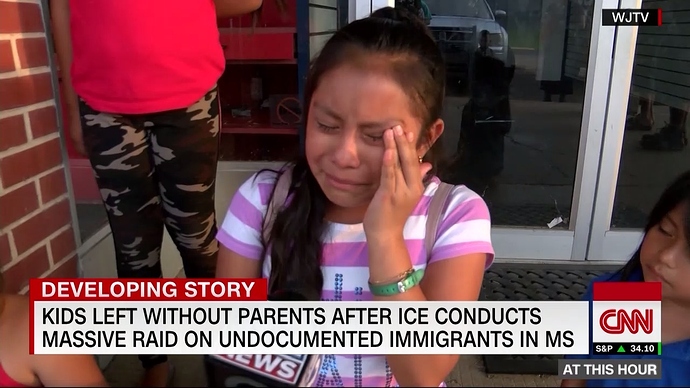 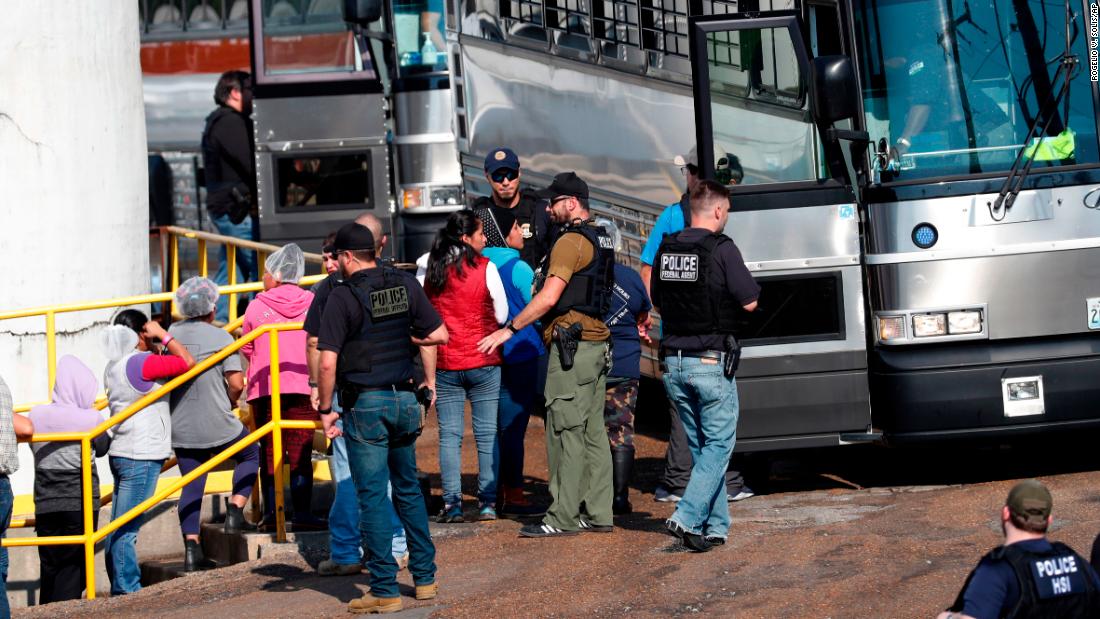 680 undocumented workers were arrested in record-setting immigration sweep on...

After immigration authorities rounded up hundreds of workers in a massive sweep at seven Mississippi food processing plants, friends and family members are desperately searching for answers.

Boo-friggin-hoo. Here in the USA, when law-breaking parents get sent off to jail, which isn’t that rare, children get separated from their parents. The children then get to get cared for by Child Protective Services. The end.

300 of them already got released by HSI/ICE on humanitarian grounds to take care of their little alien invader kids. That shit was a photo op for CNN. Total bullshit. We aren’t even allowed to enforce our laws because brown kids will cry about it. We deserve the collapse that’s quickly coming our way. 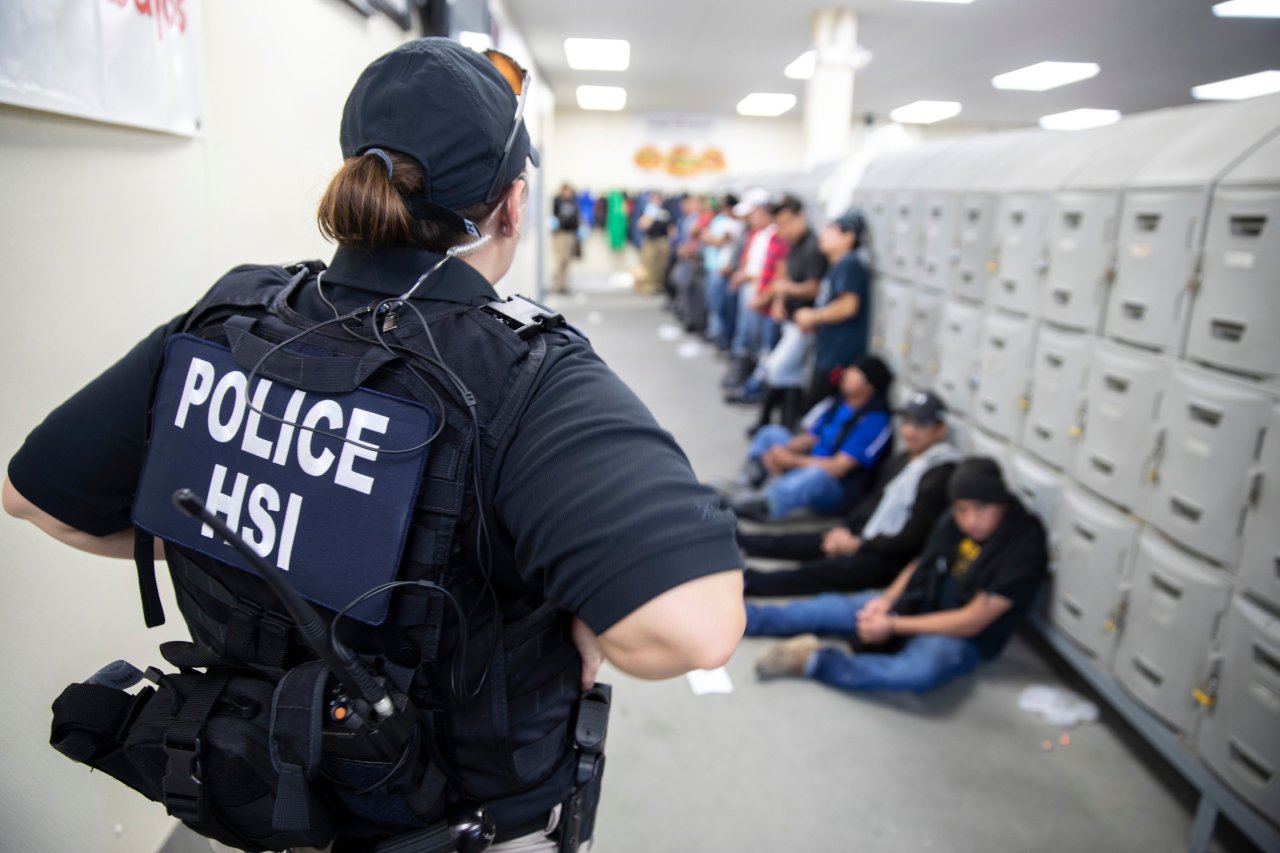 Three hundred and three people out of the six hundred and eighty taken into custody during ICE raids in Mississippi have been released according to federal agents. Bryan Cox with U.S. Immigration a…

OH NO! Who will cook the children their tacos and burritos?

Let it to Communist News Network to inflame public opinion with illegals children crying about being separated from parent or parents. What a shame CNN using them as pawns against ICE .
Apparently it doesn’t matter they are here ILLEGALLY to work . How many possible people did they take jobs from?
They need to round up those who agreed to employ them…
CNN hasn’t any limits on tear jerking LEFTIST PROPAGANDA.

This story was already covered in the southern border crisis thread!

Yeah - the headline is 680 illegals arrested. The US Attorney is on Fox News now talking about how the parents of children were released. What a bunch of shit.

I hope they at least released them on the south side of the border, otherwise they are not doing their damn job!

So this was all for show. A real raid to me is millions of illegals deported, no humanitarian grounds bothered with. They don’t belong here, so they get deported. Simple. 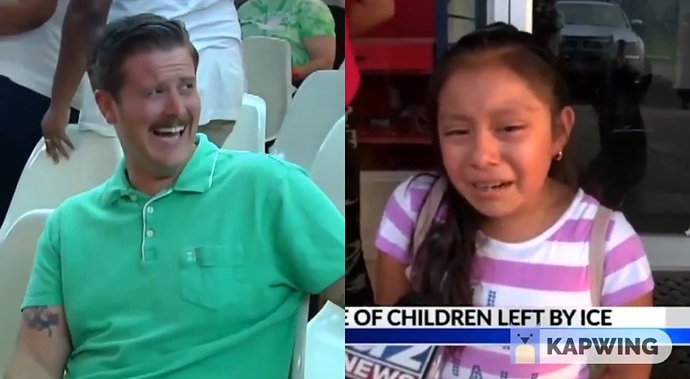 So this was all for show.

Right, Trumps gaming you for your vote in 2020…

Why weren’t the employers doing a perp walk? They should have been. They broke the law by hiring so many illegals.

So, what’s the point of doing these tiny raids when you let them go? For show? To somehow make the base think you’re doing something? Might as well not even try if this is what you call “BIG RAID”.

Their citizenship should get stripped because their parents were here illegally.

That would violate the equal protection clause completely. How much of the rest of The Constitution shall we simply throw out or ignore?

Remember, if we set that precedent the next Democratic administration is simply going to expand on it exponentially stripping us of all our rights in the name of “the public good” or “public safety”.

Is that really what you want?

So we’re supposed to throw out Due Process along with the rest of The Constitution?

We may not like the decisions but that’s no excuse for violating our constitution.

Keep in mind, that whatever extra constitutional powers we grant the gov’t today will most certainly be used against us tomorrow only it will be magnified by many times over.

You don’t know that to be true. There’s a multi billion dollar industry providing false ID’s and forged documents for illegals.

Employers who get the required documents not only cannot be punished rightfully or lawfully, if they refuse to hire the illegals who provide such documents they can be bankrupted and put out of business by federal discrimination a lawsuits.

Even if when they submit the documents they get back a “no match” letter from the IRS or Social Security Administration it tells them on that letter that the “no match” is not legal grounds for termination.

Their hands are literally tied by the law.

You don’t know that those employers followed the law. With an arrest of this many people in one shot I think it’s safe to say some people in the business knew not everything was not on the up and up.

Trumps gaming you for your vote in 2020…