World War 3: North Korea fires missiles for the second time in a WEEK - 'serious threat!' NORTH KOREA has launched at least three missiles into the Sea of Japan

That’s all we need, WW3! Still, look on the bright side . . . we won’t have to worry about getting caronavirus? See? There’s always a silver lining? 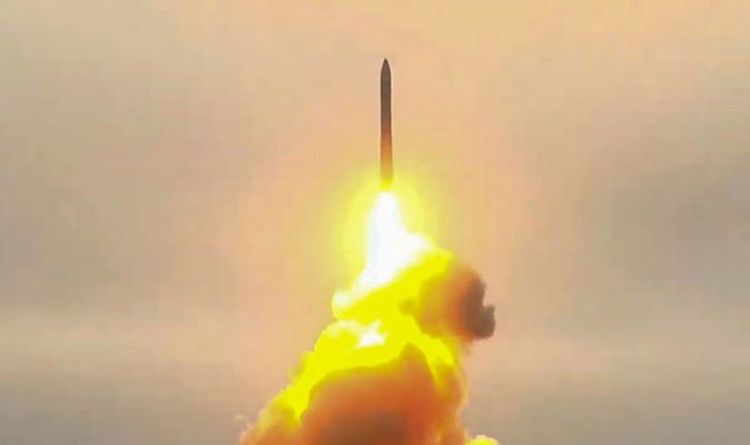 World War 3: North Korea fires missiles for the second time in a WEEK -...

NORTH KOREA has launched at least three missiles into the Sea of Japan, according to reports.

Hmmm, the missiles can contain new viruses of some sort.

I’m sure Putin won’t like that, given Vladivostok, Russia’s major harbor and navy base is only about 100 km away.

Interesting to note that it’s where Russia, China and North Korea meet but China has no access to the Sea of Japan, while Russia shares the border with North Korea for the length of 17 km.

I view NK leadership like little children. When no one is paying attention they seek the outrageous to get attention. Look at us, see what we can do.

Also they use this as a diversion as they clearly have lied about their citizens affected by the virus.

I wonder if the fish in the Sea of Japan will catch the virus.

North Korea is a sovereign country and can shoot missiles into international waters if it wants to. There is nothing to be concerned about.

Lil Kim continues to be a pain in the ass . He knows what the consequences are in a military confrontation with the U.S. and is content giving us the finger.
He doesn’t have any concern for the people of his country and spends precious money on the missile program instead of feeding his starving country.
His friends in Communist China are glad he attemps to divert U.S. attention away from them.
President Trump is keeping a close eye on him and could swat him like a fly if needed.

Exactly, this is the equivalent of a 3yo throwing a tantrum because it want’s attention.

If he’s not careful at some point China and Russia will get equally fed up with his BS and join with us in wiping the stain from the earth.

I suggest you just poke out of the affairs of other countries and use the time to sort out your own shortcomings, because contrary to what you were raised from the cradle to believe, you don’t know what’s best for every other country on the planet. Just take a forensic study of your and our societies, and tell me we’ve got it right? I honestly cannot believe this blatant arrogance!

Take your own advice and mind your own damned business then and we’ll mind ours as we see fit.

No, just reaching the bullshit limit for the day.

You are correct, we are not the worlds policeman.

I often wonder what would happen should the US step back and let the world fend for itself.

let the world fend for itself.

Fend for itself from what?
The enemies are created by the CIA anyway.

The international banksters are the real enemy (well-hidden by the mass media).

The enemies are created by the CIA anyway.

We create our own enemies by interfering in other governments, by our foreign policies, by American imperialism, by the thought of exceptionalism, and having people like yourself as citizens who are completely clueless as they cling to their conspiracy theories pretending it’s the truth.

You are correct, we are not the worlds policeman.

I often wonder what would happen should the US step back and let the world fend for itself.

There’s one sure way to find out, and I don’t need to tell ya what it is?

The only thing the West achieves by not stepping back is to make everything ten times worse than it was. DOH!

It would be an interesting experiment.

What would the south china seas shipping lanes look like with more Chinese military bases created on islands?

How would Europe deal with a more aggressive Russia?

How would the world deal with a nuclear war in the middle east as Israel would end the bluster of Iran with a Nuc? 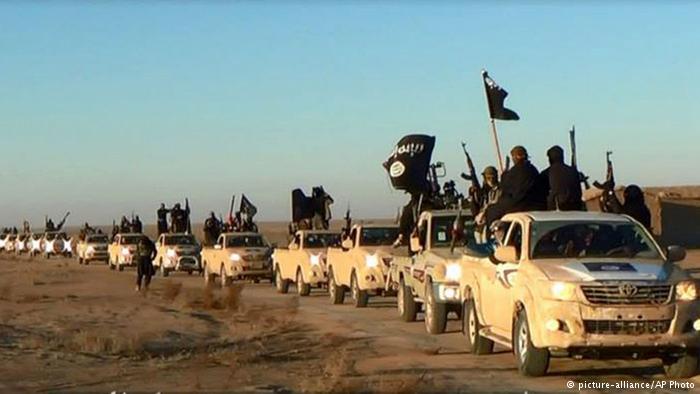 Incisive article originally published by GR in September 2014.  In recent developments, Al Baghdadi the leader of the ISIS terror group is dead.  Hollywood in Real Time: Trump said that “he watched the operation from the Situation...

Brand new Toyota trucks brought to them from Texas

North Korea is a puppet of China, but keeps relatively good relationship both to China and Russia.

Although the west’s narrative - think ‘neuro-linguistic programming’? - is all about ‘an aggressive Russia’, I must say that I haven’t noticed Russia being aggressive. On the contrary, it’s the west being aggressive in provoking Russia by sanctions, fiscal and sport-related, and unnecessary military exercises on Russia’s doorstep.

Putin has managed to avert war a number of times.

When Malaysian MH17 was shot down over Ukraine, there was anti-Putin, anti-Russia hysteria. No aggressive retort from Russia, although they knew Ukraine did it.

When the Skripal father and daughter were poisoned…
You know the rest of the hysteria.

And there were close calls involving Syria and Iran…
Putin managed to settle the issue and no world war.