In the wake of the Cancel Culture, numerous previously innocuous words and phrases that have morphed into derogatory connotations, some of which are used to describe white people, others which are now deemed offensive to non-whites.

Please add whatever suggestions you may have for additions to this list.

White folks have to maneuver through a miasmas of vile racist accusations simply because they’re white. White people are afraid to speak their minds for fear of offending a person of color or being called a racist. That’s exactly the goal, to squash...

In the wake of the Cancel Culture, numerous previously innocuous words and phrases that have morphed into derogatory connotations, some of which are used to describe white people, others which are now deemed offensive to non-whites.

Please add whatever suggestions you may have for additions to this list.

The origin of words is a fascinating subject but what is wrong with evolving our vernacular to drop phrases that have their origins from slavery etc.

How does it hurt or impact your life negatively if you no longer use the phrase master bedroom but refer to it as the main bedroom/the owners room etc.

I consider it ridiculous to be offended by the word master to the point of suggesting it be wiped from the dictionary or even suppressed in respect of dimwits that have their feelings hurt by it.

We use master and slave to in reference to photographic flash illumination wherein the camera shutter triggers only the master light and all the slave lights go off by photoelectric detection of the fact that the master light flashed. Are we to be forced to find other language for those also…just because some thin-skinned twits get all bent out of shape upon hearing or reading those two words?

If we are to erase the history of slavery to the point of removing all words that remind us of it, we do an injustice to those that have no knowledge of it. Forget history and we are bound to repeat it. Know history and we can realize what should be avoided.

The history of Marxism/socialism/communism and the results therefrom should be studied to great depths, not removed from our historical records as we should be reminded continuously that these ideologies have NEVER WORKED WELL FOR THE MASSES. Our young people should be taught to NOT ACCEPT the teachings of those who promote communism. Parents should not send their children to schools that indoctrinate young minds with socialist/communist bullshit.

The same applies to the meaning of master and slave.

The next thing we know, some bastard will come along and want to suppress the use of the word freedom just because slaves don’t have any. (BTW, human slavery still exists throughout the world.)

Oh no! I’m doomed! My Master of Science in Electrical Engineering degree is now useless! Woe is me!

Who is saying your MS on Electrical Engineerinv is useless. Had the degree ceased to have any value. Is the knowledge you gained any less useful?

People need to learn to apply CONTEXT to the connotation of words used in conversations rather than be offended by words taken out of context.

The context in which a word is used can change its intended meaning, causing others to possibly infer something that was not implied.

What do they want to call “master cylinder” and “slave cylinder” in the hydraulic system?

The best solution to this problem is to stop caring about being called racist.

I inferred you were supporting the avoidance of using those words.

(BTW, I think it is only rhetorical questions that do not require punctuation with a question mark.)

I tried to keep my lengthy response impersonal. I went back several times and changed you to we to avoid
sounding as if I were directing my comments at you in particular.

I just see no reason to alter my vocabulary to remove certain words that offend snowflakes just because they do not understand the meaning of CONTEXT.

My comment about the MSEE degree was tongue in cheek. I know what it’s worth. It has paid off for me throughout life since I obtained it. It still pays off for me.

Just because somebody calls you something doesn’t mean that’s what you are.

Granny taught me that before I was 10 years old.

Just as you are apt to point out that context is the focus on how a word is used it’s the method of Derrida’s “deconstruction” “there is no outside the text” to which moral relativism opens the door for other contexts to be implied or inferred to a word’s meaning.

Here are some ridiculous comments regarding the master/slave issue. It’s from a few years back.

Connotation and context are not the same thing.

A word taken out of context (i.e. standing alone) can have multiple connotations.

bold definition: 1. not frightened of danger: 2. strong in colour or shape, and very noticeable to the eye: 3…. Learn more.

Obviously, but that is not what I am talking about.

Obviously, but that is not what I am talking about.

Then your quoted statement below is errant.

Just as you are apt to point out that context is the focus on how a word is used it’s the method of Derrida’s “deconstruction” “there is no outside the text” to which moral relativism opens the door for other contexts to be implied or inferred to a word’s meaning.

The CONNOTATION of a word (it’s meaning, either inferred by the reader/hearer or implied by the writer/speaker of the word) is not a CONTEXT.

CONTEXT is that which surrounds a word in order to determine its specific implied definition.

No it’s not errant! You are just not familiar with Derrida‘s deconstruction method, so just forget I responded to you.

So, do you want the ring back?

Maybe you will find this interesting, then again who knows. 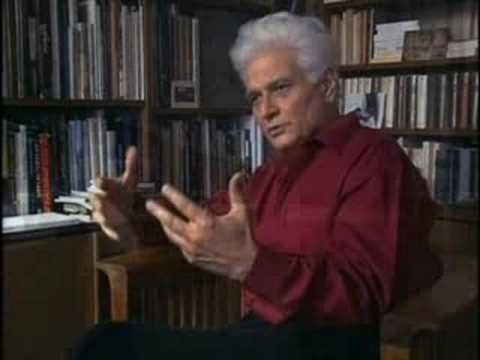 Stupid is as stupid does.

The audio on both of those videos is beyond pitiful. Have you transcripts of them?

My understanding of Deridda’s deconstruction is that it has no authoritative definition.

My understanding is also that Deridda is a pseudo-intellectual who fancies himself as the Einstein of philosophers.

None of this has any bearing on the objectivity of the accepted definitions of context and connotation.

The context in which a word is used by a writer is defined or implied by the writer and cannot to be altered by inferences of the reader. It can only be ignored…which means the word is being taken out of context.

So “other contexts” cannot be implied. THE context has already been implied. Of course the reader can infer a different context. You statement in post #9 (whether it is original or copy/pasted) would be more nearly correct if the words “implied or” were deleted.

The audio on both of those videos is beyond pitiful. Have you transcripts of them?

Really? Seems to be fine to me and I was able to understand it with no problem. Do you wear a hearing aid?

My understanding of Deridda’s deconstruction is that it has no authoritative definition.

What do you base that opinion on? And who is defining authoritative definition?

What is you understanding of “Deconstruction”?

His book grammatology is certainly verbose, however his Deconstruction theory has by far had deeper reaching influences on not only societies in the Post Modernism age, but in academia as well. Look more carefully into what I am trying to show you instead of being dismissive because you are insistent on being right. Its the argument that is being made by leftists that such words are to be subjected to being changed in their usage, and the methods in which are being used to make such arguments is what I am mostly referring to, not their definitions, as its obvious what that means.

None of this has any bearing on the objectivity of the accepted definitions of context and connotation .

I was not referring to definitions of connotation and context, just the mechanisms in which language is being subjected to as inferred meanings within the moral relativistic pardigm such as the word “Master” and why some are clamoring to change the use of it.