WINNING! Illegal Immigration at 9X the Rate of 2017, Projected to Outpace Obama while Trump does Nothing

Are any of you tired of winning yet? We are having so much winning that we need to bring more people to the country than ever before. Record levels. Believe me.

Illegal immigration at the United States-Mexico border last month was nine times the level of the same month two years ago and is projected to outpace every year when former President Obama oversaw immigration.

A s Breitbart News reported, there were nearly 100,000 apprehensions of migrants, border crossers, and asylum applicants at the U.S.-Mexico border last month. This is nearly nine times the level of illegal immigration compared to April 2017, when just a little more than 11,000 border crossers were apprehended.

Likewise, projections by Princeton Policy researcher Steven Kopits reveal that the U.S. remains on track this year to outpace every year of illegal immigration overseen by Obama.

At current illegal immigration levels, about 863,000 border apprehensions are expected for Fiscal Year 2019. This is a level of illegal immigration at the southern border that has not been seen since the last years of former President George W. Bush.

The only Fiscal Year that has reached a higher level of illegal immigration at the southern border dating back to more than a decade ago was Fiscal Year 2006, when more than one million apprehensions were made at the U.S.-Mexico border. 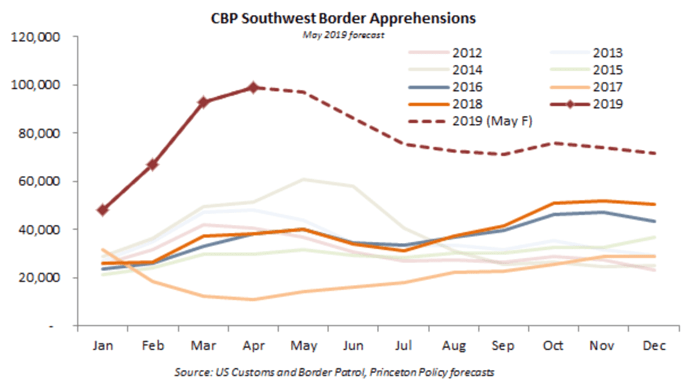 Kopits projects that this month’s rate of illegal immigration will be around the same level as last month, with anywhere between 90,000 to 95,000 apprehensions.

Through increased immigration enforcement, Trump has secured a four percent wage gain over the last 12 months for America’s blue-collar and working class.

Experts like Kris Kobach have warned that if illegal immigration levels continue to soar over this year and throughout 2020, those wage hikes will be choked by a saturated labor market with more cheap, foreign workers competing against Americans. Kobach has detailed a plan exclusively at Breitbart News to stem the flow of mass illegal immigration to the country.

Every year, the U.S. admits more than 1.2 million legal immigrants to the country regardless of the rate of illegal immigration arriving at the borders and through visa overstays – that is, foreign nationals who have refused to leave the country after their visas expire. At current rates of legal immigration, if not reduced, about one-in-six U.S. residents will be foreign-born, according to the Census Bureau. 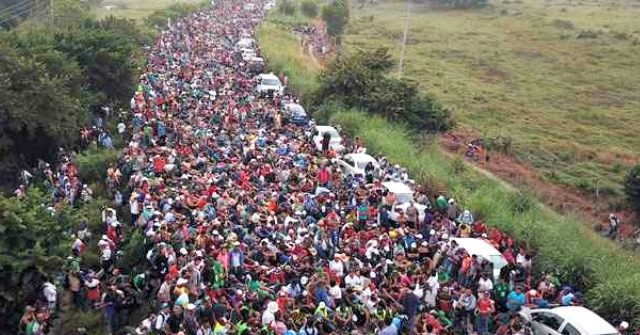 Illegal Immigration at 9X the Rate of 2017, Projected to Outpace Obama

Illegal immigration last month was nine times the level of the same month two years ago and is projected to outpace every year of Obama.

If Trump loses re-election, this failure to make good on his most important promise will be why (and yes, of course, Democrats have worked tirelessly to undermine him on this issue, but that was always a given)

I am being replaced. My American government HATES ME and wants me to be insecure, frightened, and to leave this nation to Latino peasants.

Congress not tackling this problem is status quo. R’s & D’s think the new (illegal) immigrants will be their constituents & therefore turn a blind eye.

Plus, the big dollar lobbyists (both sides) like the cheap, illegal labor. The floodgates have been opened and none of them are ever going back. We’re done.

America is a beacon to those who live in poverty to the South.
Free medical care, free education, government cheese, etc.

If you want to win, the way to do it is to put pressure on the democrats who are killing this country by refusing funding to do anything about it.

Trump did something, and he was blocked. Learn the difference.

A point of interest.

But then again, you lie it that way. You like that we will likely have over a million azzwipes claiming asylum.

Perhaps it’s the demwits that should be in an asylum.

I believe that it is due to many cities were “building” so-called “sanctuary” cities to let these illegal immigrants between 2017 and 2019. And these liberal Federal judges are blocking Trump from shutting them down.

A federal judge in California temporarily halted the administration’s efforts to withhold funding from cities that limit their cooperation with federal immigration enforcement. 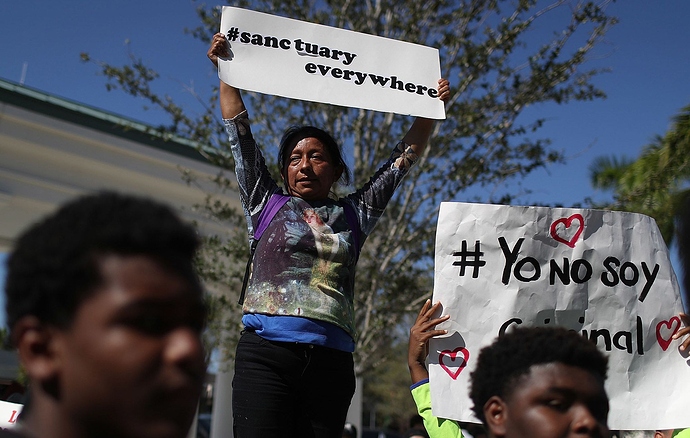 So, it makes it quite difficult for Trump to stall the immigration flow from the border. 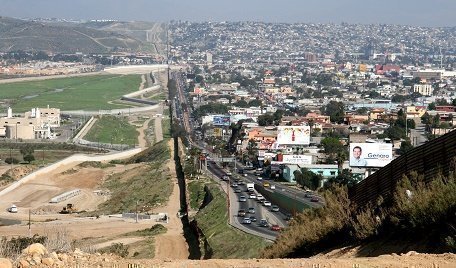 A group of 16 states asked a federal court in California on Monday night to block the federal government from building a wall along the border between the U.S. and Mexico unless Congress explicitly approves money to pay for it. 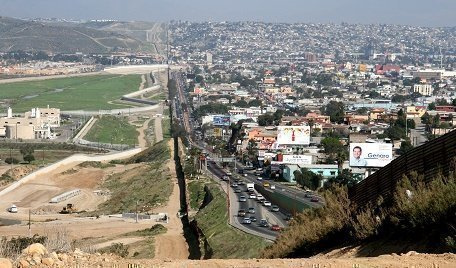 Your friends are doing what they can to ensure Trump is tied up in lawsuits. He is winning. Your kind is losing.

Or maybe clowns are replacable.

replaceable… it will hurt your friends in Iran.

Wonder why Republicans didn’t square this away after we gave them a mandate in 2016 and control of the House, Senate, and WH.

Wonder why Republicans didn’t square this away after we gave them a mandate in 2016 and control of the House, Senate, and WH.

Many Republicans lean liberal. Your old timey use of Democrat vs Republican is quaint.

Why do you feel the need to lie? Trump has to work within the constraints of the law and he’s pushing the boundaries pretty much daily.

The problem is that many of these people demanded instant satisfaction and don’t understand just how long major changes take when you’re up against a party hell bent on demographically reshaping the country and courts friendly to their cause.

Your old timey use of Democrat vs Republican is quaint.

I know they are both the same. They cuck hard for Israel and big business.

Showing yet again just how ignorant you really are.

Familiarize yourself with the cloture rule sometime and get back to us.