I’d say big time, but I heard you can ballot harvest 17 days after Election Day. Lol so I see a huge win for Larry on Election Day, then slowly ballots will show up days after. Giving newsome a win
Sad

Of course I’m voting yes on the recall of Gavin Newsome and I will be voting for Larry Elder.

Yes they have LITERALLY announced this, that you can print your OWN ballot at home. WTF?! It makes many people VERY angry, I mean they openly are basically bragging that the fix is in.

When my Dad was a younger man and even into his early 40s California was a Republican State, there were parts that were Democrat but Republicans used to win many of the top offices, then of course MILLIONS of Illegals got into this State and then suddenly it becomes a Democrat State and now to keep hold of it the Democrats have legalized Ballot Harvesting.

The MSM is SILENT about this, can you imagine the NOISE if Republicans pulled this type of shit?

I was up in Washington State until February this year and King County pulls this type of shit as well, but it’s not Official per se but they get away with it.

Now I’m back down here, thank goodness everyone I know is either Republican or at least Anti-Left Wing Democrat and because of this you know the whole thing is fixed.

During October 2020 my Dad was telling me that EVERYWHERE you went in Beverly Hills and Beverly Glen there were Trump 2020 signs and not ONE Biden sign.

The whole thing is ROTTEN to the core.

Well republicans keep getting walked all over, and do nothing … can’t even protest with out being called a terrorist…

Mitch McConnell has to go… useless

Obviously McConnell is being blackmailed, they MUST have something dirty on him. Yes he needs replacing, someone like Josh Hawley would be a good replacement IMO.

I would love to see Larry Elder win and PISS OFF Pelosi ,Mad Max and rhe rest of the LIBTARDISTS .

Cal is hopeless , let it sink into the ocean .

I fear they will continue to count until the “no” votes total 50.1%

They will, you watch if they don’t.

Where are those ballots that were found in a car during a traffic stop a few weeks ago? 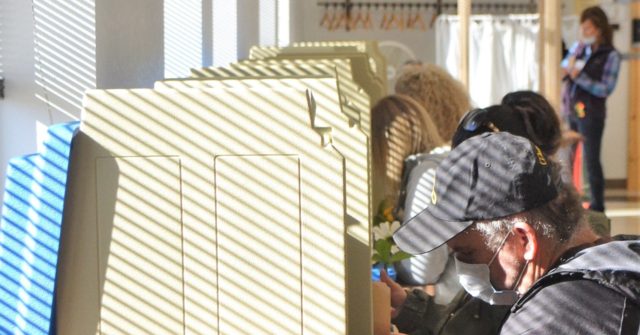 Some self-identified Republicans claim they arrived at their polling center to vote in the California recall election to be told that...

We will NEVER have a honest election in the USA ever again .

That seems to be the number the demoRATS prefer .

This is WHY they are pulling the shit they are pulling with such confidence and such a big FUCK YOU to the people, it’s BECAUSE they do not FEAR any elections anymore because they know the fix is now in.

At some point they will have to “allow” a so-called Republican to win BUT they will be the worst type of RINO, during the “election” they will play to the base and everyone will think GREAT it’s about TIME we had an actual Republican again BUT once “installed” they will immediately become a RINO and will in actual fact therefore be NO different to the Democrats.

They will NEVER let an actual America loving, Western Civilisation loving, Freedom loving Patriot get ANYWHERE near The White House EVER again.

I’m dumbfounded that poc of color still vote for Democrats… how many of your your children are expendable to get back at America.

I’m dumbfounded that poc of color still vote for Democrats

They have been brainwashed for decades by the POS MSM and the Leftists to think that Republicans are the KKK when in reality it was the DEMOCRATS who were the KKK and in reality the Democrat Mindset is STILL that of the KKK and they do ANYTHING to keep the Blacks on the Democrat Plantation of Food Stamps and bad education and just above Poverty Level.

The sad fact is, this is a one-party state. They don’t even need to cheat for Gavin to win. We gave the world Barbara Boxer, Dianne Feinstein, Kamala Harris. If the recall is successful, I’ll be astonished.

Even if Larry Elder was to win, he’d face the same poisonous opposition Trump faced, even worse. There’s no hope any more here, until they really run things into the crapper.