Why Are Most Women Prescribed Mental Health Drugs?

Why are so many women completely nutjob crazy and on some type of mental health medication?

Have women always been nuts? I know not all women are completely batshit but all of them seem to be a little crazy. I love my wife but I count her among the slightly crazy. 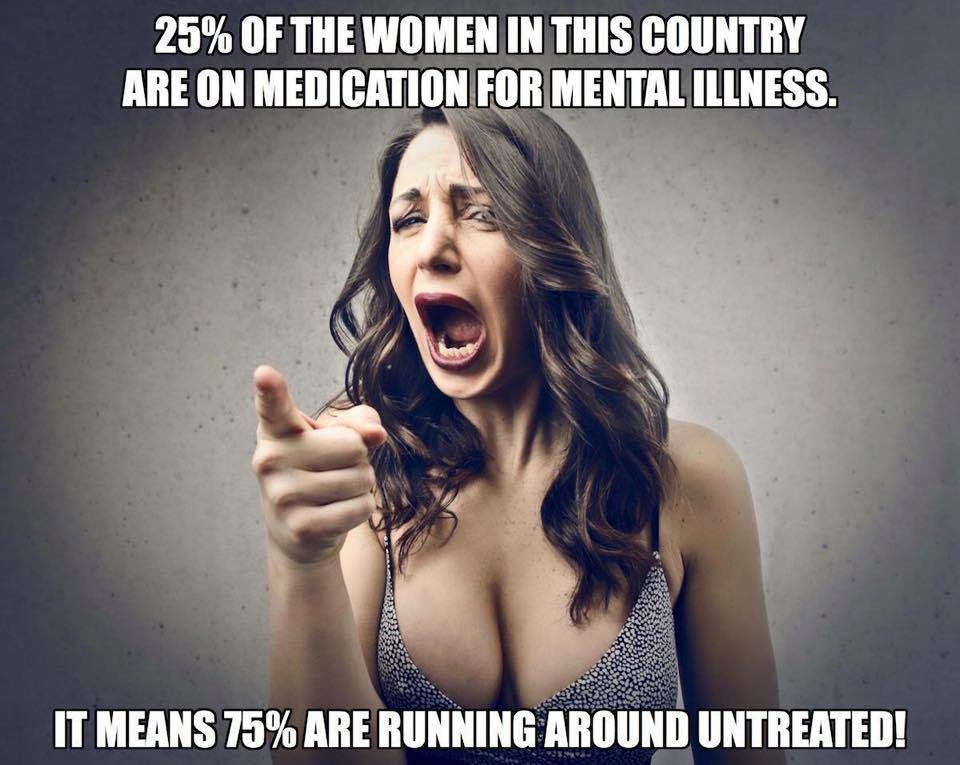 Just the way they are.

They’re a more emotionally complex creature who is also reliant on others to a large degree.

Their whole tact was to emotionally manipulate their male counterparts because they couldn’t physically do anything, it translates to what one might call “crazy” in the 21st century.

I REALLY WONDER WHY

I don’t know of a single woman on medication for mental issues, but then again I am not in America.

They are all crazy and this is exactly why I’ve stopped dating women altogether. I only date passable transexual trap women now. This is not homosexual either before you throw that insult at me. These ladies want nothing more than to play a traditional female role in all ways imaginable. Don’t knock it until you try it. Avoid women at all costs. Women will learn their lesson when the majority of men switch to obedient little traps. 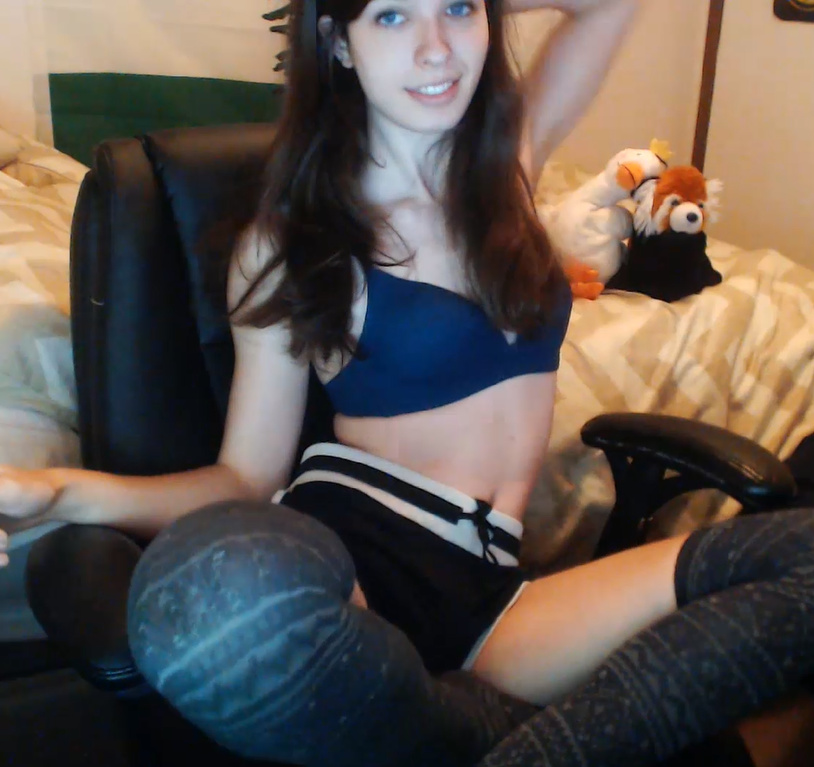 I only date passable transexual trap women now. This is not homosexual either before you throw that insult at me.

Let’s be fair… America has a prescription drug problem. Most mental disorders are complete BS. For example, most of the kids on ADHD medication are just tired of sitting in a hot room with 30 other kids listening to some bored common core peddling teacher doll out math problems all day.

Women are entering traditional work places like offices and universities a lot more, and honestly, I believe these kind of work environments are truly unnatural for both men and women to be forced to stay 8-10 hours in. We are animals after all, we need to be outside more and sedentary less.

But a lot of women are just emotional nightmares, yes. 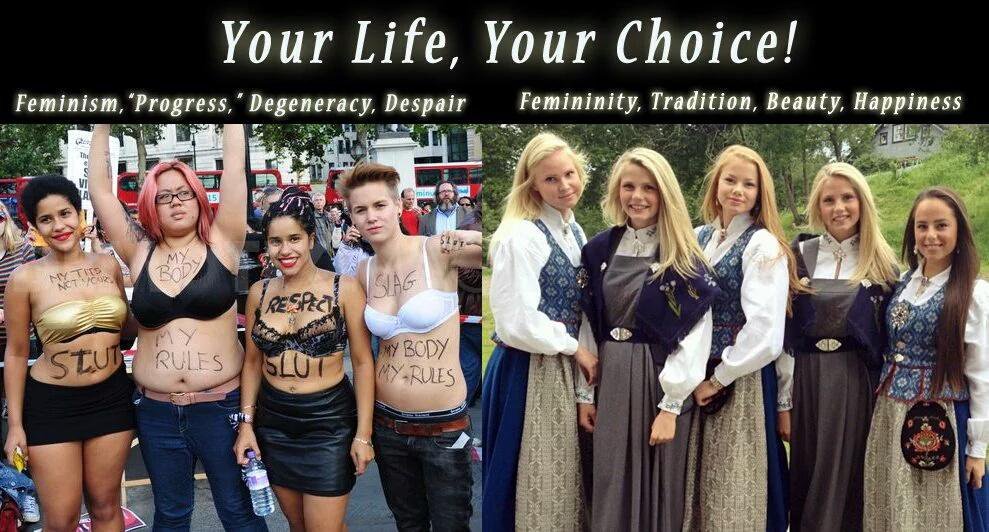 Contemporary young women have been deluded by the new wave of feminist propaganda spewed by aggressive social justice warriors and liberal elites. They hate men, publicly display their bodies in trashy ways, claim that everything is a form of violence and oppression against them, and make claims that all forms of heterosexual male behavior is a part of the “rape culture” of America and the West.

It’s sad that what @ChillChet claims seems like a natural reaction to dealing with this mess…despite my personal disgust with such a choice.

Women are made to deal with “social” reality — not the reality of building fires and hunting game, but the reality of influencing men, keeping friends, and placating children. The social world is a shifting morass of opinion and illusion. This is the world they live in, the world their minds are adapted for. It appears crazy to us because it has no bearing on our reality (that is to say, the real world).

Ok - how about this? If your genitals exploded spontaneously with blood every month, you would probably be a little crazy too.

Putting the women on mental health meds aside — there is no question that modern SJW feminism is ruining society and men are going along with it. 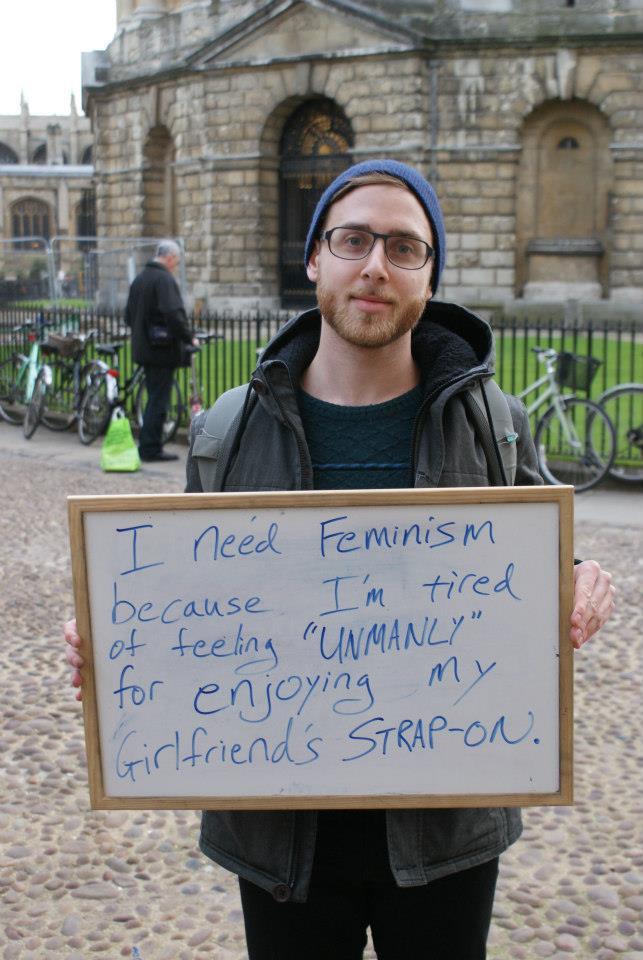 Women typically collected, caught, or grew the majority of calories in the diets of nomadic or semi-settled people. Men contributed meat, which was important, but it was the women who kept the group from starving. In pre-industrial cropping societies, women’s work produced the crops. Please read some history before you shoot your mouth off, huh?

Perhaps it has something to do with your diets? As an outsider, it is shocking to me how much sugar you Yanks consume. Sugar is well known to be a hormone disrupter.

“Yank” you must be a Brit. I lived in the UK while attending university. I think America is disgusting but your dietary choices aren’t much better, and in many cases much worse. At least the health food scene is an absolute monster in America. The only people I have seen who eat like shit are the poor people and third worlders from my travels there. Anyway - that is completely off topic.

You’re right, the food here is appalling also. We eat far too much processed food and too much sugar also. As a consequence we are about as fat as you lot.

I am actually referring to other parts where there isn’t the reliance on processed shit, where food is more wholesome. I don’t eat the typical British diet.

Well, whatever; but they still ain’t got a dick. That one drawback that they constantly ignore. Don’t women know, it’s the keeper of the pussy who runs the show. Jimsouth

I wouldn’t say most mental disorders are BS (there is some deviance in each disorder), but the U.S. does indeed have a prescription drug problem. Many psychiatrists just prescribe medication and send patients on their way, after a 15 minute appointment.

Partially why I’m considering psychiatry is that I want to introduce more holistic methods of treatment, and do research on how these alternatives help the mind. I would probably only prescribe drugs if it was absolutely necessary. Not just natural remedies, but I want to explore why some of these drugs interact as badly as they do with the brain.

Some drugs, such as some stimulants, benzodiazapines, barbituates, and opioids are incredibly addictive. Some other classes of drugs, such as anti-psychotics, even the newer generation anti-psychotics, can cause weight gain (through currently unknown means, which I think is BS. I think that the government knows exactly how they do this, but they stay silent for Big Pharma), and have other adverse side effects.

Some of them interact badly with the brain. For example, some anti-depressants can actually CAUSE suicidal ideation. They can also cause serotonin syndrome, and some of the withdraws from anti-depressants like Effexor are horrible, which only adds to their addictive properties.

We also need better mental health services. There are some really bad therapists and psychiatrists out there, and we need to vet them closely. (It’s ironic, really, because psychology is one of the more saturated fields out there). And then we need to work on better psych hospital conditions. I don’t know if it’s a funding problem, or a character issue, but these problems seriously need to be worked on before we impose any more regulations or government involvement.

OP, in response to your question, women’s and men’s brains are wired differently. Some of this has to do with genetics, and some of it has to do with outside influence and societal standards. I think that society imposes some pretty unhealthy standards (and even double standards) and both men and women, and it’s really not okay. And the feminist movement as it is today is only making things worse.

Mental health issues are on the rise, so it makes sense why the prescribing of psychotropic drugs is also on the rise.

As an added note, I think the hatefulness and divisiveness, and narcissism of politics is also playing a role in the deterioration of mental health. It pisses me off when people expect you to talk about politics (because it means the world to someone) and they get really snippy and hateful when they discuss it. I’m pretty sensitive inter-personally, and I already have a hard time making friends because I’m shy in real life. I can imagine other people are the same way. People no longer know how to have a civil discussion, and no longer focus on persuation and the collaboration of ideas. All it is now is valuing your opinion above someone else’s, and bashing those who disagree with you.

I’m pretty sensitive inter-personally, and I already have a hard time making friends because I’m shy in real life

I think I read you’re pretty young? For someone so young, you are very clued up and know your stuff. As you get older, you will get more confident and care less what others think of you. Just be you and don’t worry about others because you’re doing just fine. You will realise that in a few years and wonder why on earth you let the losers get to you!

Why are so many women in need of help? Probably because of the pressures they’ve been put under by forcing them out of their natural biological roles.

Women and men may be equal under the law but biologically and psychologically by design we are very different.

When women are shamed into not being stay at home mom’s and wives it has to create mental stress.

For those who try to be “working mom’s” the pressure is twice as great and so is the guilt that goes along with it.

They know what they’ve been told by the leaders of the last couple of generations but subconsciously they know it’s BS and that creates a tremendous amount of internal conflict.

Single mom’s face an even greater level of stress trying to be both parents, active in their kids lives, and having to work full time or even more to provide even the basics.