Who was Richard Nixon?

“The most popular president in American history was Richard Nixon. Nixon won his 1972 reelection campaign in a historic landslide. And then he was gone because of Watergate, which no one can explain to this day. That was clearly driven by government agencies, including the FBI.”

“No one can explain to this day”

What commie books are you reading? FBI documents? Lol

“No one can explain to this day”

Just wait until obama is arrested in 2025… heheh

Nixon had the most liberal track record of ANY president in history (Republican or Democrat).Let me count the ways:

Nixon has a liberal track record that liberal Democrats would kill for.

Nixon has a liberal track record that liberal Democrats would kill for.

He was originally from California after all.

What is also ironic of course talking about Watergate, (no mention of Hillary Clinton

) is that he can almost be considered Obama in lite. He was spying on his adversaries and using his powers by weaponizing the FBI much like Obama did and got caught. Remember Gordon Liddy?

The only good thing I can say about Nixon and this is rather debatable depending how you look at things (EPA) he is one of the few Republican president besides Teddy Roosevelt that made a net contribution to conservation with various pieces of legislation geared toward environmental conservation as well protections for our national park system. But for the most part Nixon was a liberal disguised as a Republican. 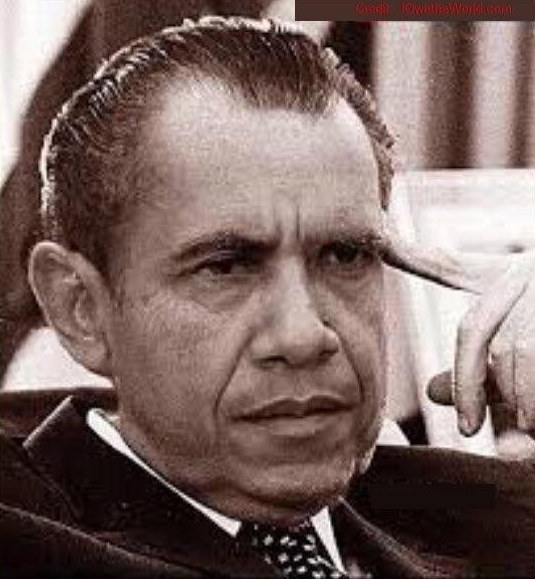 You reading a book? Now there is a novel concept!

Did you edit this. ?

Such response from a light weight! Typical of the high school intellect that you possess!

As a matter of fact, those wage and price controls were the catalyst that spurred the creation of the Libertarian Party.

Go ahead list your favorite authors, books that you read, and quote them in thesis form! You probably have no idea what a thesis is

As a matter of fact, those wage and price controls were the catalyst that spurred the creation of the Libertarian Party.

That I did not know. However the Libertarian party is just as corrupt as the rest of them. They do just enough every election cycle to qualify for national funding then disappear back into the landscape of obscurity until the next elections. I mean they put out Gary freaking Johnson as their last candidate so that should tell you all you need to know.

Omg you’re melting down lol… your pseudo political views really are catching up to you . Lol maybe educate your self on what’s going on before you post…

HA ha ha! Figures! Your high school projection again when you got nothing else. Its what losers like you are good at.

And then he was gone because of Watergate, which no one can explain to this day.

You are embarrassing yourself!

Omg the dude that trashed Trump for not endorsing Vernon Jones is calling me embarrassing?

this is rich lol

So no favorite authors or books that you read huh? I like how you being purposely obtuse from answering that question because your afraid you might expose more of your stupidity than you already have! Insecure much?

Ppl write books about me …