Quincy, MA - Video of pregnant White woman randomly attacked by two feral black mongrels. When she screamed she was pregnant, one of the feral black mongrels kicked her in the stomach and said, “I hope he dies.” A judge released the attacker with no bail. 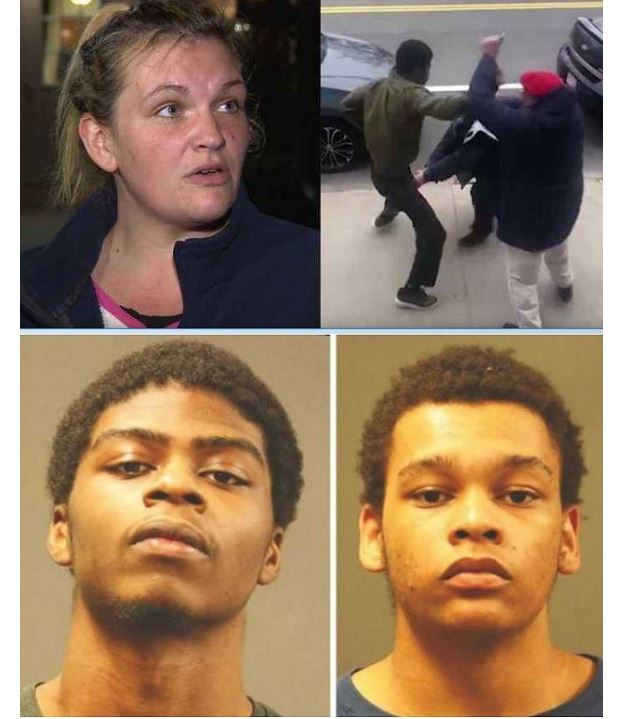 Pregnant victim randomly attacked by group of teenagers speaks out

"I just remember being thrown to ground, so quick and so sudden," the victim said.

This is the Hope and Change that Obama talked so much about.

Donald Trump will make sure this poor negro doesn’t go to prison and with Jared’s help he’ll make sure he’s able to vote for Kamala in 2020.

If they go to jail, you should pay both negros daily conjugal visits. I think they are your type.

Don’t get butthurt because Trump fails to keep his promises and lets criminal blacks out of prison to appease Kanye and his whore degenerate wife.

Yes - this happened a few weeks ago; however, I would argue that it is in fact “news” since most haven’t heard about this story. We all know why that is too. If this were two white teenagers and a black pregnant woman the coverage would be non-stop for weeks. A white pregnant woman gets attacked by two feral black mongrels and not a peep.

Our governments, and society at large, have elevated these filthy angry beasts over our People. More than ever, we need to take care of one another.

Well said @TayyLoHa savages don’t belong in civilized society. How many times do people have to see this over and over before they get it?

Thank God there were good samaritans around to help this woman. It’s hard not to get incredibly angry about something like this. How could anyone do this to a pregnant woman walking down the street minding her own business in broad daylight. Enough is enough.

Soulless eyes. Predatory animals that only hunt in packs or when they know they will prevail. They have learned not to fear because they rarely if ever face real justice. It won’t be until there are real consequences that the ■■■■■■ realizes it lives by the good graces of Whites and should never strike the hand that provides its existence! That is why White Charity must stop! We allow our enemies to only breed more.

Shocking and very disturbing! It would be fitting if they would be come victims of gang violence.

A shame you couldn’t leave out your racist comments as it’s probably an interesting story which many will ignore because or your disgusting title.

Communities populated by humans are crawling with these primitive knuckle dragging bottom feeders. Just a hop skip & a jump back to the Stone Age.

Berlin: Woman kicked down stairs at metro station in … - YouTube

We must remember “Cultural Enrichment” before we stand in judgment.

I honestly wish, with incidents like this? They would bring back public stockades.

Muslim Migrant Washes His Anus In A Public Drinking Fountain 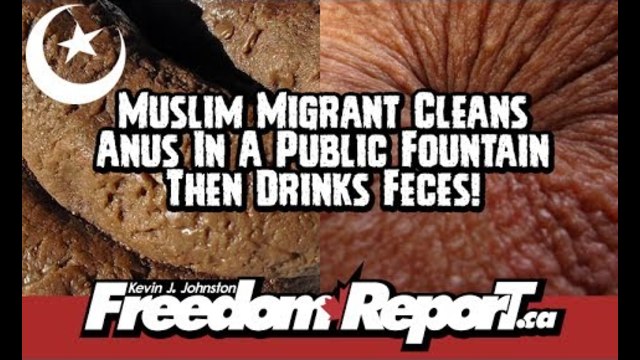 Muslim Migrant Washes His Anus In A Public Drinking Fountain

The Qadaa’ al-Haajah code states that the anus must be washed with water after defecating — a practice called istinja . Since the code also says a man should never touch his genitals with his right hand, the standard practice is to wash the anus with water with the left hand.

And that’s exactly what Mahbub Chowdhury, a Muslim takeout chef in Swindon in southwest England, did.

After defecating, instead of wiping his butt with toilet paper, Chowdhury would use his hand to splash water on his anus, with water in a milk bottle that he kept under the kitchen sink.

A takeaway chef wiped his bottom using his hands before preparing food because he does not use toilet paper for ‘cultural reasons’ , a court heard.

Mahbub Chowdhury, 46, from Swindon, was found to have a filthy bottle in the kitchen of Yeahya Flavour of Asia , which inspectors concluded was covered in faecal matter .

When questioned, he said he filled the empty milk bottle with water from the kitchen taps before using it to clean his backside after going to the toilet.

While incredibly disgusting and backwards what is worse are the people walking by taking no notice of such aberrant behavior.

While he is little more than an animal, he isn’t perpetrating intentional violence on anyone.