What is the Final Solution to the "Thug" and "Youth" Problem? 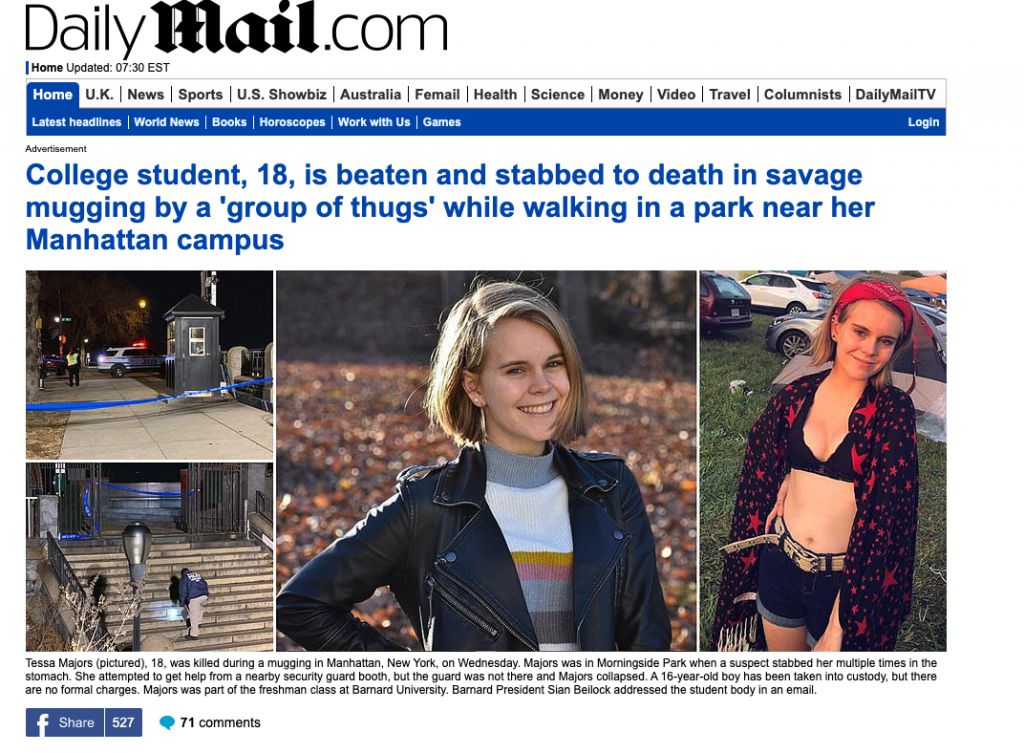 Thot patrolled? Or, was this straight up feral pack behavior? What do we do with these low-IQ primatives? Discuss.

Big picture tho…we’re going in the wrong direction on the crime issue in this country. The big movement right now is “ending mass-incarceration,” ie, RELEASING more violent blacks and hispanics from prison. Even Trump did this with the ‘First Step Act’ despite saying that he was going to be the law and order president. We need tough-on-crime hardliners again, but in the decaying Muttmerica of 2020, I doubt we’ll get them.

So instead, we will just have young white girls stabbed to death in the park at 5:30 in the afternoon. Fuck this gay Earth. I hope climate change is real and the fucking planet ends in 10 years. 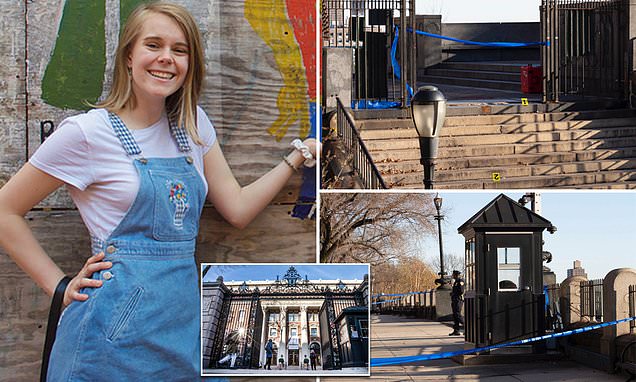 Tessa Majors, an 18-year-old student at Barnard College, was stabbed several times in the stomach during a mugging at Morningside Park in Manhattan, New York, on Wednesday.

Barnard College - an all girls leftist school. She probably had no idea how to navigate a city and thought common sense was racist (i.e., more than two black “youths” standing around…turn around).

There is only one final solution to the “youth” and “thug” problem.

I carry a pistol. Anything that makes a very large hole is known to send a message. Especially when the comin out hole is much larger than the goin in hole. I have found that people are usually willing to cooperate with anyone carrying a large caliber revolver.

Sorry, this unfortunate & innocent victim lived in a city where you are not allowed to protect yourself. When seconds count, the police are only minutes away.

A 16-year-old boy, who police sources described as a known robbery suspect, was initially taken into custody from a nearby housing project not long after the attack but he was released without charge on Thursday.

He was reportedly wearing a green jacket that was similar to one that a witness claimed one of Tessa’s attackers was wearing. There was also a trail of blood leading into his apartment which police sources described as a ‘hub of criminal activity’.

Well, this might be a clue. Criminals can act with impunity which just serves to further emboldens them.

The movie “Escape from New York” gives one alternative. Make the warden Anthony Wiener, he can use the pseudonym Snake Bliskin

How does one put fear of the law and fear of consequences into people like this?

Jimsouth: Let’s see, what to do, what to do. How about shooting the fucker mid chest, so three inches of spine is blown out. That would work. Here ya go: https://youtu.be/dpXyMfAO5go?t=3

Jimsouth: Let’s see, what to do, what to do. How about shooting the fucker mid chest, so three inches of spine is blown out. That would work. Here ya go: https://youtu.be/dpXyMfAO5go?t=3

How would that have worked out for her, especially if in a gun free zone?

When these animals are caught,tried and found guilty, they should IMMEDIATELY be taken and drawn and quartered.

That is not going to happen. There is no respect or fear of the law and more importantly no respect for the lives of others.

Personally, I’d like for these scumbags to be put on a plane and dropped into a third world country with no ID and just the clothes on their backs. But, that isn’t going to happen either.

The police had him in custody and then released him only so he could go back out and stab an innocent girl to death. The question is, why did the cops release him in the first place?

Um. No. Read the timeline again.

The question is, why did the cops release him in the first place?

Based on the article, my question as well.

Thugs being raised by a single mom with no strong father-influence to keep them in line and to give them the love and attention they believe they get in gangs.

Any single mother applying for any kind of welfare from the taxpayers MUST name the father of the child. The state then must require the ‘sperm-donor’ to financially contribute to the child’s welfare. This will solve the ‘baby-daddy’ bragging about the 10 kids he fathered by age 19.

An actual solution is to just have police beat their asses. Unfortunately, since there are so many activist judges out there who are willing to give multimillion-dollar payouts to scumbags who happen to get what was coming to them… then a true and necessary crackdown by law enforcement might not happen either.

By fighting to protect 2nd Amendment rights! Of course this is only one aspect but it’s a big one! Maybe introduce xtermination camps?
Joking aside, this country needs a severe corporal punishment measure, like Singapore!

This is a pretty fucked up story. More unhappy about it than usual. She bled out crawling up park steps seeking help. We are still paying the price for Lincoln’s mistake.

I know it feels bad @skull but don’t worry because New York City is going to deploy special police to combat the looming right wing menace, instead of the violent blacks that stab white girls to death. 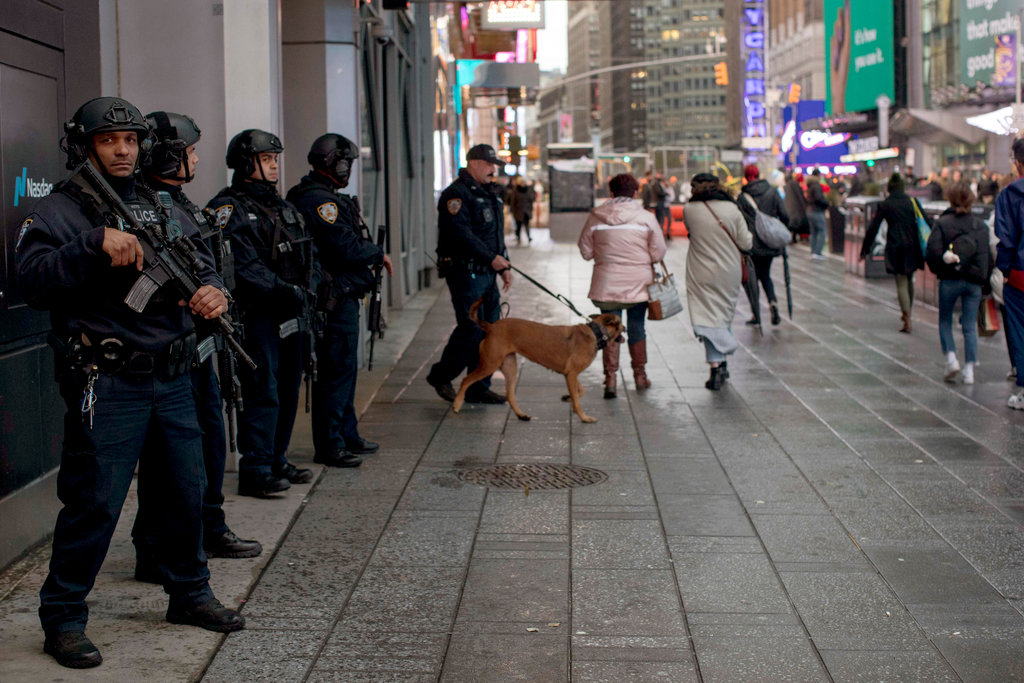 Threats from far-right and neo-Nazi organizations, including groups like The Proud Boys, will be investigated.

Wow so you mean that all the anti-terrorist stuff put in place after 9/11 to deal with the ebil muslims is now going to be used against ebil right wingers?? No one could’ve predicted it.

Srsly tho, don’t ■■■■ in NY already have their Shomrim thing? Plus x million dollars from state and federal govts to keep them safe from all the hate? They should change their slogan from never again to never enough.

Plus x million dollars from state and federal govts to keep them safe from all the hate?

The Department of Homeland Security allocated to Jewish institutions $12 million, or 94 percent, of $13 million in funds for securing nonprofits.

Looks like they just rounded up a 13 year old hoodrat too. 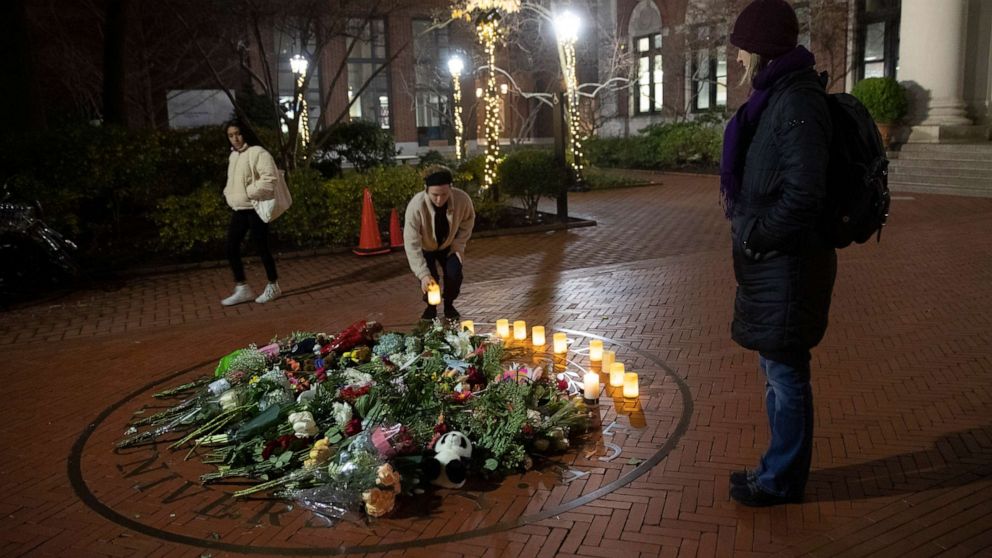