What is the antidote to ‘wokeness’?

Political comedian Evan Sayet says he has long dedicated himself to conserving and promoting the American values that have given him freedom and allowed him to pursue his life of liberty and happiness. His new book, The Woke Supremacy , lays out the history and characteristics of “Wokeness.”

However, in failing to examine the origins of this totalitarian intolerance, he misses the critical difference between old-style Marxism, so-called “Democratic socialism,” and “cultural Marxism” as first delineated by the Italian communist Antonio Gramsci and employed by Chinese dictator Mao Zedong.

That’s okay, though, because Sayet masterfully describes how these subversives operate and lays out the tactical principles (and lack of moral principles) that drive them. Their goal, he says, is to replace Western civilization with a nihilist premise that everything about Western culture is evil.

One fruit of this evil, poisonous tree is that Western society is so racist, Woke activists assert, and so fraught with multiple other evils that it cannot be repaired. Instead, it must be eradicated and replaced.

Philosopher, historian and self-defense advocate Sam Jacobs summarizes the origins of Wokeness by reviewing Gramsci, who spent a decade in Mussolini’s prisons and rejected the twin ideas of a dictatorship of the proletariat and direct ownership of the means of production as losing propositions.

Instead, this son of a low-level Italian bureaucrat argued that for socialism to “take America without firing a shot” (as Khrushchev would later boast) would require a “long march through the institutions” of Western culture in order to penetrate, infiltrate and eventually control them. In the 1960s Marshall McLuhan summed up Gramsci’s argument in his book, The Medium Is the Message.

Both Chairman Mao, beginning in 1966, and Cambodia’s Pol Pot a decade later saw existing cultural institutions as impediments to their quest for absolute power to reshape their societies according to their Marxist ideals. But both revolutions failed, perhaps because they had missed Gramsci’s point. Success comes from slowly subverting the culture rather than destroying it.

Mao’s vision was to rid China of “the four Olds” – Old Customs, Old Culture, Old Habits and Old Ideas. In other words, everything that pre-dated communism. As Christopher Holton writes in The Hayride , Mao’s Red Guards started out renaming streets, quickly escalated to destroying old buildings, old books, and old art, and ransacking homes of the disloyal. They even desecrated cemeteries, dug up corpses and tore down monuments. Only later did they start killing.

In his 2012 book, The Kindergarten of Eden , Sayet posited four laws of “modern liberalism,” beginning with “indiscriminateness,” total rejection of the intellectual process. This, he said, leads to a topsy-turvy worldview that always sides with the lesser and against the better, the wrong over the right, and the evil over the good. That is what happened in China and Cambodia.

Promoting the lesser is always paired with denigrating the better. The negative qualities of the Woke (socialists) are ascribed to the un-Woke (nationalists) – and vice versa. Hillary Clinton thus framed President Trump for “collusion with Russia,” which evidence now shows she herself engaged in.

The primary goal of the modern liberal, Sayet contends, is the total regression of man back to his first days on earth. Or as Joni Mitchell wrote, “We’ve go to get ourselves back to the Garden.” The blueprint for cultural Marxism in America, Sayet argues in both books, is John Lennon’s popular song, “Imagine.”The perfect, peace-filled world has no heaven or hell and people live just for the moment, with no countries, no religion, no possessions, and nothing worth dying for.

This Woodstock hippies’ quest for an imaginary simpler time provided the New Left with a ready-made tool for organizing to effectuate institutional control. Their rejection of Western civilization – their search for the innocence of “the Garden” – enabled them to create new curricula that lured “useful idiots” into the halls of academe, the arts and the political arena, where hard-core Woke nihilists could redefine “truth.”

Sayet opens The Woke Supremacy by stating that, while Hitler’s National Socialism was ideologically the polar opposite of Democratic Socialism , ideology has little influence over behavior once any socialist system gains power.

Both rejected nationalism built on a foundation of local leadership (hence our Tenth Amendment) that implements policies which make sense locally even if not nationwide. Socialism, Sayet affirms, requires top-down governance where “one size fits all” (except for governing elites).

Enforcement of top-down government requires tyrannical control, and tremendous energy, to impose a Woke supremacy from which there can be no dissent or even debate. Wokeness thus requires the use of hate and fear. There is no redemption for the apostasy of believing facts when they conflict with “Woke truth.” The “Cancel Culture” can be just as vicious against a prior ally as against longtime opponents.

Conversely, there is no “Woke morality” by which infidelity, theft, property crimes or even murder disqualify a person who is useful in promoting Wokeness. The Woke proudly spotlight even criminals who shot first as “victims” of a “racist” police force that oppresses the entire society. Deconstructing sexual norms is also a powerful tool that confuses what is a “right.” Environmentalism turns science into a Woke morality play, regardless of real-world evidence to the contrary.

The Woke also use modifiers to confuse, divide and conquer. Adding “politically” to “correct” changes objective truth or outright fiction into narratives of “my truth.”

Similarly, the modifier “social” transforms the concept of “justice” notions that “the oppressed” are morally right to steal or commit voter fraud if their “intent” is couched in victimhood that can spark “peaceful protests.” The goal is victory, “by any means necessary,” whether packing the Supreme Court or turning a murderer into a victim to generate hatred of the law.

Not only must evil become good to the Woke; actual good deeds must be deconstructed. A major tool is the “dog whistle,” a tactic that asserts the Woke “know” the “real meaning” behind seemingly innocent or even positive words or actions.

Sayet recognizes that even a Trump/Republican political victory this fall will not defeat the Woke Supremacy’s culture war on America. They are too entrenched in schools and universities, in newsrooms and entertainment fields, and across social communications industries, to be easily vanquished.

Jacobs helpfully suggests that the first step in defusing cultural Marxism is to learn what it is and how it operates – and call it out for what it is. Sayet provides an excellent primer for this.

Step 2, says Jacobs, is to learn from the history of society and ideas the many benefits that Western Civilization has brought, including its self-correction of prior evils – and teach them to others.

Step 3 is to reject political guilt and instead recognize that Western civilization is a constant work in progress, a continuing effort to improve society, not a static conspiracy to rob everyone but “old, rich, white men” of their just rewards. 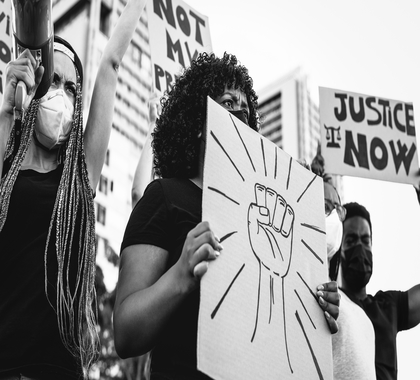 What is the antidote to ‘Wokeness’?

That is funny that Antonio Gramsci is mentioned. I just put the finishing touches on a chapter of my book that was the most exhaustive in terms of years of research, and Gramsci is mentioned quite a few times when relating to Post Modernism. He was part of a select club that resided at the “Frankfurt Institute” or Organization known for pushing Marxist ideologies under the guise of Post Modernist studies aka cultural studies.

“My Truth” = “ Moral Relativism” Objective Vs Subjective truth. Life and death struggle for some.

What is the antidote to wokeness? A job and a tax bill at the end of the year.

“take America without firing a shot”

Kind of says it all about today and our esteemed progressives doesn’t it.

It does! Which is why so many are turning to faith based ideologies particularly Christianity, to get clarity and a sense of peace in a Godless world. Karl Marx was a satanist and has killed more people than any other dictator before and after his life. Everything that God loves Satan tries to destroy and the progressives are no exception when it comes to the latter equation of being destructive entities in the servitude of evil.

Mao and Pol Pot were backed by the banksters in the West.
And Karl Marx?

What is the antidote in question?
Expose crime families who have been in the banking business for centuries.

If only you had a credible unbiased source

For anyone who has eyes to see

Communist China was created by the Jews and serves their interests.

Communist China was created by Rothschilds and their agents. October 1 1949, Mao Tse Tsung declared the founding of the Peoples Republic of China in Tiananmen Square, Beijing. He was funded by Rothschild created Communism in Russia and also the... 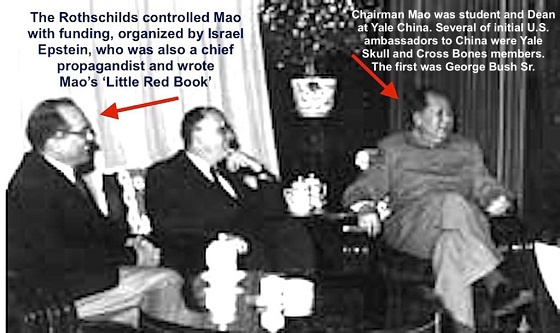 What is the antidote to ‘wokeness’? US News & Politics

Don’t read it. It’s a waste of time. For anyone who has eyes to see [image]

Can you address the obvious thread derailing and trolling ?

Obviously there’s no antidote to stupidity, though.

We are at the point where words won’t work as the antidote. 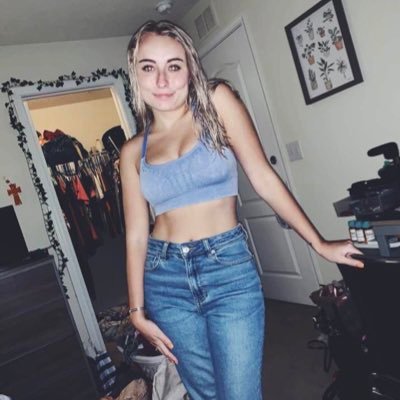 This is what liberal education and liberal everything does to you and your country.

I was talking to @Jack

Proof that the 19th Amendment was a mistake and needs to be repealed.

My topic MORON, stop derailing my TOPIC and the responses.

What happened to you are not going to respond to me anymore?

I Guess that makes you a liar too!

I’m sick of the derailing of threads.

Step 3 is to reject political guilt and instead recognize that Western civilization is a constant work in progress, a continuing effort to improve society, not a static conspiracy to rob everyone but “old, rich, white men” of their just rewards.

Then they say the biggest threat is white people who value their race.

Then they turn around and support “black lives matter.”

This kind of bullshit is really jarring.

Pick a fucking theme and stick with it.

This narrative is not even coherent.

Why ain’t you bitching to @Jack?

You are a coward.