What Has Changed In America

With all the shootings in a America people are asking what has changed. We didn’t use to have all these shootings, what changed? Well, I will tell you what has changed, what people don’t want to admit, Americans are breeding with a low class of people. Look, not everyone is the same the world over, people are different. These people have come to this country and they were let in by fools, and Americans are breeding with them, and they are nuts! Bad people, killers, rapist, robbers. More and more rapes, and is it not so in the military, even officers, they are like animals. You can’t stop decay, therefore you can’t stop the shootings. No, gun confiscation will not work, take the guns away they will use knives, take the knives away they will use clubs, take the clubs away they will use their bare hands.
You can’t stop the killings, not with the crazes we have now.

what has changed?
liberalism , leftist ideology with their political correctness and feelings
marxism has made the average citizen ignorant, dependent and oversensitive

Look at who is doing most of the mass shootings?
Incels and losers.

Could it be the lack of morals?

At one time Church parents provided moral guidance to their children.

That time is gone and pretty much a part of American history.

Today there are a ton of fatherless kids, today’ s kids has no respect for authority
if they are not over medicated, they are anti social, or weak.

Today’s fastest growing industry is the " conflict resolution" industry
Were parents and kids and married couples and bullies talk about their feelings, and learn how not to offend someone by telling them the truth.

What I dont understand is the hypocrisy of the left, they are okay with someone praying to mecca 5 times a day and tells us that is their right but mention God once and they protest, loot, burn your house down

Try mentioning you go to church for moral guidance and you will be labelled a right wing bigot, homophobic, xenophobe, transphobe, and any other phobias they can throw in

It’s what has changed in America.

Life has little meaning to many people in the US today hence the murder rate in cities.

Americans are brainwashed from the cradle that they’re invincible, and for the simple-minded, having a gun substantiates that belief throughout later life. The genie’s out of the bottle and there ain’t no putting it back in.

We seem to agree the issue is with the lack of love/compassion for our neighbor. A morals issue.
What changed in America in the past 70 years that caused us to become so callous towards each other? Does the name Madeline Mary O’Hare ring a bell?

Parents used to have voice in their childrens education, now subverted by government. Schools at one time were educational institutions, now are indoctrination centers.
Social Engineers today make flimsy excuses why people commit crimes. Criminals have a type of mental disorder syndrome.

Cerberus , will you shut the FUCK up with your insane rantings about our gun ownership. Are you jealous that we haven’t yet become SUBJECTS of the government and will resist if it happens. The majority of us aren’t SHEEPLE. Find a LEFTIST place where you’ll be happy.

Americans are brainwashed from the cradle that they’re invincible, and for the simple-minded, having a gun substantiates that belief throughout later life. The genie’s out of the bottle and there ain’t no putting it back in.

I dont understand why you believe you the gall to tell us how to live our lives?
You guys back in the early part of world war 2 was a " C word" away from Hitler conquering you, if it wasnt for the grace of God and bad military strategy of Hitler deciding to invade scumbag USSR , you folks might be speaking German today.

And Lets not forget about the IRA bombings in England

We in our 200 years plus has never been taken over, invaded by forces determined to take us over, maybe because of an armed populace prevented it

between you anti gun folks and the media, you’re all dishonest, the media makes us out to be bunch of gun crazed redneck shooting every thing in sight, every non american Ive talked thinks America is war zone like in Bagdad, nothing can be further from the truth

Look at how the talk about Chicago and New York, mean while the truth is its only pockets of the city that has the violence mostly black and black gangs, nobody wants to talk about that right?

Lets talk about a few mass shootings by incels and losers.

shall we talk about the mass shooting in Manchester “moss side” in 2018? or the cumbria shooting in 2010? 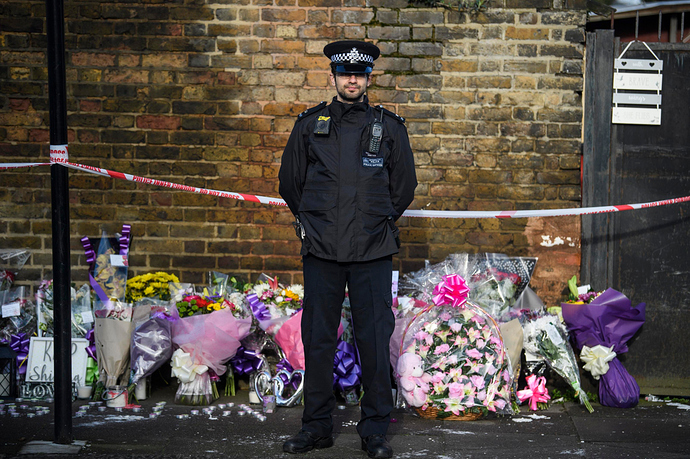 How many London shootings were there in 2018 and where did they happen?

LAST year London saw several shootings take place, many of them fatal. But just how common is gun crime in London, and how many people were shot in 2018? Here’s everything we know about the w…

Bottom line is We live in different societies, this is what you Brits and others dont understand , dont lecture us on stuff you know nothing about, you only look foolish in the long run

And before you say look at Australia and other countries with their gun control, everyone of them has experienced mass shootings and some worse than the worst America ever produced.

This is a tad long, my apologies in advance…

I would submit that this is a worldwide, rather than exclusively American problem.

“How could this be happening?” This is a question asked at various historical (and usually violent) societal points of inflection. The recent rash of mass homicides in the US, and the rise of aggressive/violent protests have something in common, (though I am not comparing the protesters to killers) – the ‘i- Everything’ phenomenon.

Technology is pornography of the soul, to quote Shakespeare “it makes you, and it mars you, it heightens the desire, but lessens the performance.” For the same reasons that pornography has survived the ages, tech maintains its grip - they both let you imagine yourself more than you are, it allows you to be what you might never have even dreamed of being- fighter pilot, super stud, brilliant at whatever you wish - all without the risk of actual failure. None of it is real, that F-16 isn’t real, the ‘friends’ aren’t real, the followers aren’t real, and the orgy featuring you as the center of attention sure as hell isn’t real.

Much has been written of the dangers of pornography (no, not hairy palms) - it changes one’s view of women as objects to be evaluated by reproductive assets, and how others will view one’s ‘posession’ of those assets. It devalues and degrades both women, and the fappers, and it leads to more, not less, loneliness.

“But 'tis strange:
And oftentimes, to win us to our harm,
The instruments of darkness tell us truths,
Win us with honest trifles, to betray’s
In deepest consequence.” MacBeth Act 1 scene 3

I bring this up because our technology has a similar effect- we are instantly omnipotent in our reach, we can find the most arcane information with a quick Google search, we can weigh in with our opinions (like here) any time, and hundreds, or even millions read the gibberish we write. Technology is Dr. Faustus’ wet dream. It is likewise, rotting us from the inside out. It is the “I” that is changing ‘us’ to ‘you’ and ‘me’- and isolating both.

We should be curled up in a fetal position waiting for the sheer weight of our solitude to crush us- but we aren’t. Why?

The self import of the ‘I-experience’ is a constant fix of something that looks to be meaning.

True meaning comes from work, from face to face interaction, from accomplishment, but man will rest if he doesn’t have to work- and our moral, ethical, and empathic flabbiness has mirrored our physical decline since the PC was invented (and hastened when PC was invented).

In the thirty or so years the public internet has been around, we have become hyper-partisan, paranoid that an otherwise meritorious idea from the ‘other side’ is cover for something nefarious. We have declined to insults instead of inspiration, ideology instead of independent thought, and silencing opposing views instead of competing with better views.

We are as addicted to ‘being right’ - to being the most important.

We have replaced a level of moral confidence that enabled men to storm Normandy, to a moral certitude that mine is the only opinion that counts, because mine is the truth, and any disagreement is not just incorrect, it is bad, as is whoever holds that opinion.

Perhaps, we could take two days, let’s say, in the week before Christmas, to shut off our social media gavage and visit an elderly person, a shut in, a prisoner - and actually listen.

Perhaps amid the eye wateringly mundane stories will come a pearl of wisdom that will help turn you from worshipping the media fun house mirror of the soul, and for a brief moment, feel the odd exhilaration of actually caring for another human being who is different, and has a different view of the world.

No basis for your bigotry on this point.

Oh there’s more than basis for it, and if you had the balls to admit it you probably support it too… 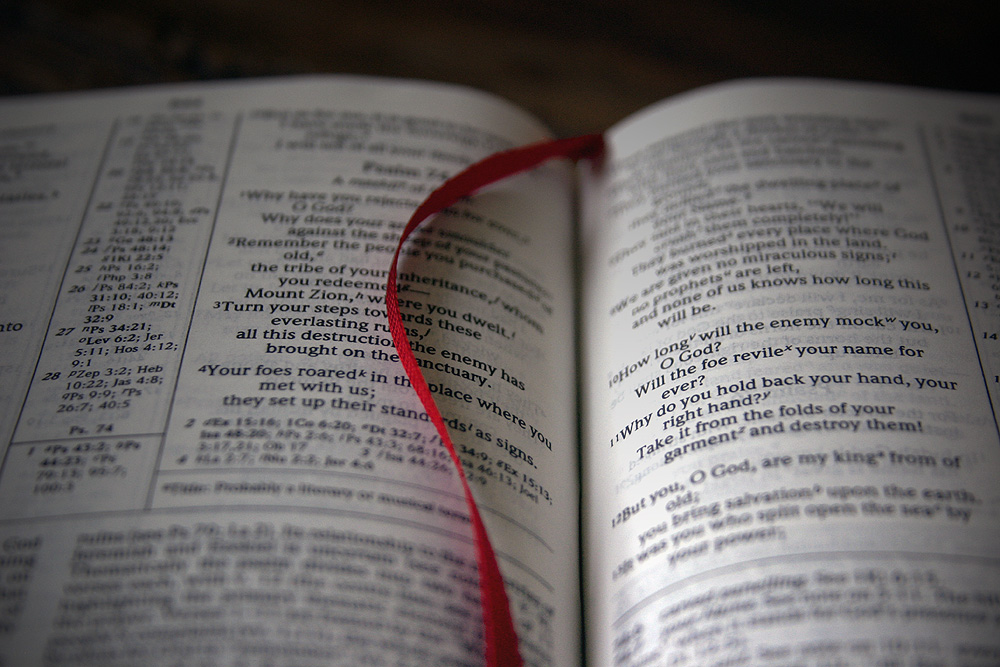 Christian preacher says gays should be executed because the Bible commands it...

As immoral as the chief exec is there’s little wonder, but then he’s just a symptom of…

That is extra-biblical, your bigotry is showing again.