Was Jesus a Socialist?

Something I have been thinking a lot about lately is whether the idea of socialism and where it came from was from Jesus’s examples as told in the bible. Some would argue quite a bit on that specific question offering differing views, however I think somewhere along my readings I read where someone suggested that Jesus was a socialist and using the story of when Jesus handed out fish to the people as a clear example. I find this to be a little conflicting and I want to learn more from true believers on how they reconcile this question.

Let me be clearer as to why I am asking this question:

My motive is a genuine curiosity to learn what true believers think of this question, and I am not here to attack anyone’s beliefs. I simply just want to learn from different perspectives on this subject matter from people who may share their insights to this question so I am perfectly fine with just sitting back and listening to what others have to say.

Thanks in advance for taking the time to share your views.

Jesus is voluntary, not socialist! If you follow the works of Jesus closely you will see he is the ideal libertarian. Jesus said to help thy neighbor and to take care of the poor and weak.

Jesus did not say: help thy neighbor and take care of the poor and weak…by giving all of your money to the Romans so they can do that on your behalf.

Socialism is enforced under penalty of law. What Jesus preached was based on individuals voluntarily giving of themselves and their resources freely no matter what the law is.

Socialism is an ever-changing concept. The change of social, political, economic conditions with the change in attitude the concept simultaneously undergoes changes.
Joad wrote, “Socialism is like a hat that has lost its shape because everybody wears it”. Everyone claims to be a socialist. Whatever an individual adopts is named socialism.

Bernard Crick wrote “socialism is the product of the modern world". It has no precedent in the ancient or the medieval worlds.

Exactly which socialist principal are you referring to?

Exactly which socialite principal are you referring to?

Nothing in particular just a reference someone made arguing that Jesus must have been a socialist or the idea of socialism came from the example of when Jesus was handing out fish to the hungry people on the beach, and then phrased that into a metaphor to suggest that socialism must be good because of Jesus’s example.

The only people who argue for such things are Protestants. The bible they study is beyond flawed.

It would seem that he didn’t tax people to buy the fish but gave them freely to the masses. He didn’t require the fishermen give him the fish for distribution.

Socialism is a shifting concept that morphs into whatever people want it to mean to make a point.

Socialism isn’t really about sharing is it? It’s about knocking down those who do well.

Thats a very well articulated explanation, and is poignant when you emphasize “The shifting concept of socialism”.

We cal it redistribution of wealth for the greater good.

Thank you, I have tried to evaluate what socialism is especially with the influx of the Cortez, Sanders elements. I find it interesting than Cortez lives in a luxury high-rise while her constituents struggle, Sanders is certainly not a slouch with his real estate holdings and lives well.

Both are more than wiling to share your wealth while preserving their lifestyles. Their brand of socialism.

Both are more than wiling to share your wealth while preserving their lifestyles. Their brand of socialism. 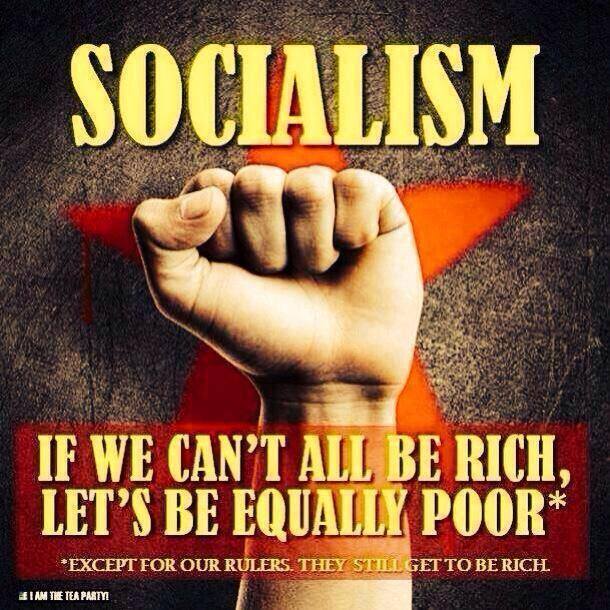 Here is the definition of Socialism:

1 : any of various economic and political theories advocating collective or governmental ownership and administration of the means of production and distribution of goods

2a : a system of society or group living in which there is no private property

b : a system or condition of society in which the means of production are owned and controlled by the state

3 : a stage of society in Marxist theory transitional between capitalism and communism and distinguished by unequal distribution of goods and pay according to work done

So based on that, one can conclude that Jesus wasn’t a socialism by the traditional sense. However he also wasn’t a capitalist.

Jesus was a carpenter.

Marx was an athiest Jesus not so much.

Jesus was not trying to teach socialism.

Jesus was proving the existence of God through works of miracles, this being one of many.

When he finished feeding the thousands he took his Apostles and left in order to rest. Many whom he fed followed him wondering where their next meal would come from. They completely missed the miracle and the lesson which is that God will feed you and to have faith. I suspect Jesus moved on and who knows what happened to those wondering who would provide their next meal went on to do with their lives. Certainly, the bible doesn’t say Jesus stayed and kept feeding people until the day he died of old age.

Nope, he performed the miracle and those that understood it benefited. Those that didn’t… Well, who knows?

To try to pin down Jesus as belonging to a political party really diminishes his message.

I appreciate you sharing your insights to this question, and as I also thank everyone here aside from the the usual Trolling Racist “Cucks” for sharing their views as well. At least now I have a good understanding on this question. So thank you!