The left have lost it, and whenever I view stuff like this I think, that its their own inadequacies and life’s failures that they project onto others!

The thing one hates the most in other people is their own faults mirrored back at them. Don’t forget that when you point your finger, three fingers are pointing back at you.

Funny to watch every time the left become unhinged! 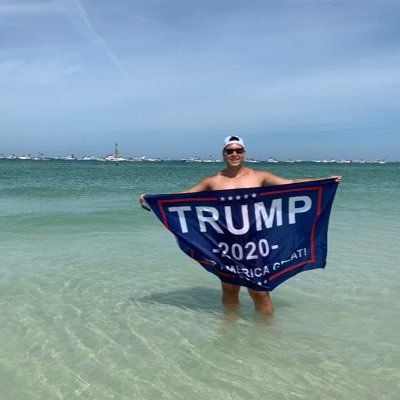 I think we just caught a glimpse of Monte in his natural habitat!

Here’s hoping the Left gets a chance to weep and wail like they did in '16.

SJWs are sympathetic to everyone in theory, as a mere emotional response. But as Leftist the things they want to do to save us are also the things that destroy us. Patrick Moynihan spoke of the desire held by progressives to save society from itself any years ago, but did he really understand that a cluster **** of loosely related ideologies that even then comprised the Left would not be able to long restrain its wackier expressions?

Yes, there was a Left that was too far Left for people like Moynihan but those people who were the extreme Left had already had a long history of being social chameleons, of chewing their way into woodwork and finding fellow travelers. They could not stomach real conservatives but could string along old style progressives (who were already bad enough!). They did exactly this and eventually under Obama gave the last of those like Moynihan their walking papers if they weren’t going to toe the line.

Modern SJWs are of a piece with those for whom there is no extreme Left too extreme for them any more. Their sympathy is worthless, like empathy from a Red Guard who hasn’t yet decided to denounce you.

heh, not a tear shed.

my hope is not in this world. but i’ve no problems with those whose hopes are in this world being reduced to tears, disappointment and angst.

my hope is not in this world.

That’s all you’ve got…

This level of cognitive dissidence is something I am in awe of. . .this guy is so tolerant that he would probably beat you to death.

Bathing in your tears is almost akin to champagne in a bubble bath with a hot princess! It is going be extra nice seeing you wither into giant pile of trash set on fire in a dumpster!

Shit! I would have knocked that guy out with a single punch if he came into my face talking that crap! Most of these knuckleheads are a nickel short of a soup sandwich and a good beat down will teach these cucks a lesson!

Bathing in your tears is almost akin to champagne in a bubble bath with a hot princess! It is going be extra nice seeing you wither into giant pile of trash set on fire in a dumpster!

I’m not sure our friend was one of those oh so entertaining sorts that ran for their safe spaces to grieve in 16. But those that didn’t generally seem annoyed when folks enjoyed what Conan would call the lamentations of their women. Now, now, he was an emotional twit and started the cussing in that situation but he wasn’t actually being violent.

I still would like to punch him the face! Like I do all progressive leftist scum! If this guy got into my face like that I assure you he would regret it!

Confucius say: man who punches every progressive he see gets his own episode of some true crime show.

The police pull up; and I wonder where that led to. I’d be a terrible police officer. Every shift would end with: And then your honor, that’s when I shot the fucker. I may not know the law, but I know what I like; and I see what I see. The wuss should have at least gotten a broken nose. Hey if you are willing to stand by your convictions, a few lumps will bolster your character. I’d love to see fist fights on the floor of the senate & congress.

Shit! I would have knocked that guy out with a single punch if he came into my face talking that crap! Most of these knuckleheads are a nickel short of a soup sandwich and a good beat down will teach these cucks a lesson!

Okay. I just have to ask because I love to cook.

How the heck do you put soup on a sandwich?

Funny that you ask that! It was a phrase I first heard when living in Florida some years ago!

Yep! You got me there! I am just expressing my anger which is a valid emotion!