VIDEO: Biden suffers verbal collapse — ‘Let me put it another way, it makes no sense’

Your future president for how long??? 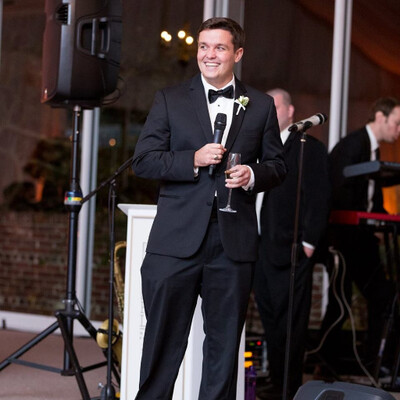 Go ahead and tell everyone he’s perfectly normal he doesn’t have dementia.

The guy has been stumbling through life for the last several years and people still voted for him.

That alone should bring concern for the country.

You know his “doctor” wife has really been blinded by something to not see / or to see and not care about how they are exploiting and taking advantage of this man with no intention to have him ever lead the nation, he was literally the ticket in for Harris OBVIOUSLY. His legacy, if he ever had a good one, is obliterated by this Clusterfuck. ie. “Remember that time they elected Mr. MaGoo?”

BTW I never really heard much about his fitness to serve examination - boy that was stealthy.

A little clip from Salon.com

Is it fair to question a presidential candidate’s mental fitness?

Still, bizarre behavior in a public setting can feel alarming to those who are paying attention. And indeed, as the likely Democratic nominee, Joe Biden’s public behavior is broadcast widely and is, even to a layperson, frequently bizarre. He has confused his wife for his sister, failed to remember the most iconic words of the Declaration of Independence, told a baffling and somewhat creepy story about little kids touching his hairy legsand claimed at one point that he was running for the Senate and urged people who dislike him to "vote for the other Biden."Listening to his post-caucus speech after being defeated in Nevada — an address that came before his comeback in the South Carolina primary — it is shockingly difficult to comprehend what, exactly, he is trying to say.

Some of these gaffes can be explained away by Biden’s history struggling with stuttering, something he has been open about. Yet there are aspects of his medical history that hint that his gaffes could go beyond a mere stuttering problem. Biden had two brain aneurysms in 1988 — the same year he ran his first presidential campaign — which establishes a medical history for him of brain-related trauma. (I reached out to Biden campaign officials for comment; none responded.)

Biden’s tics go beyond the inarticulatenessof President George W. Bush or even the mild gaffes to which Biden himself was famously prone during his vice presidency. There is a lack of lucidity, a difficulty in comprehending what the man is trying to say or whether even he knows exactly what he is trying to say. There is an important difference between candidates who say things that are stupid, wrong or ridiculous and someone who seemingly struggles to put together coherent thoughts; one indicates an unhealthy mind, the other a mind that may be outright wilting away. It is difficult to listen to Biden speak without fearing that he falls into the latter category.

Among experts with whom I spoke — including those who know Biden personally and mental health professionals — some agreed that Biden should proactively take steps to put public fears over his mental fitness to rest. Others expressed unease or more at raising the question.

And yet he defeated Trump. That tells you all you need to know about how fed up Americans are with Trump…

That is by far the stupidest reason ever to vote for a person that is mentally challenged.

BTW I never really heard much about his fitness to serve examination - boy that was stealthy.

Why do you ignore the thousands of swore affidavits? Your gonna cry on Jan 6th lol be warned 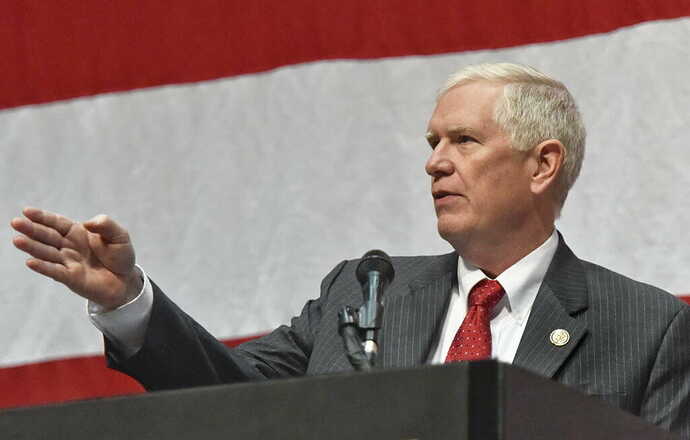 On Monday Rep. Mo Brooks joined Lou Dobbs to discuss his efforts to contest the fraudulent 2020 election. Brooks promised to confront the fraudulent election when Congress convenes in 2021. Following the remarks by Brooks on contesting the fraudulent...

There was no fitness to serve examination, just a letter from his long time former doctor. It did not include a metal acuity exam. What else would you expect him to say?? One would think the party would demand a complete physical as well as mental capacity exam with his display of forgetfulness.

Mont as always ignores comments like yours as in hs time and it doesn’t;t exist. Or may its because CNN/MSNBC and the MSM ignore the facts coming to light today.

Trump saw a deadly enemy you have yet to see.

He is a blithering idiot. He has done nothing during his close to 50 years in Congress. I’m just going to stop there… I’ll get pissed and go on a tirade…lol.

It appears he’s suffering from dementia.
Cognitive decline is one of the telltale symptoms of dementia. Memory loss, getting confused in the morning or evening hours, mental confusion, disorientation, and mixing up words are all symptoms of cognitive decline

He’s unable to take questions. he needs questions i advance to practice the answers, a sign of mental decline.

Okay… mental decline… dementia. I apologize for sounding callous. He is still not fit to be POTUS because of whatever he is afflicted with. And… he still has done nothing in close to 50 years in Congress. He is a typical slimy politician… on the take and a chameleon… he becomes and says whatever he needs to be or say at the time. In short… he’s a POS.

He is still not fit to be POTUS

I don’t disagree. I suspect h will be gone within a year and then the fun starts, we get a president who could only get lis than 2% of the vote during the primaries. But the des have another first. First female president and a minority to boot. 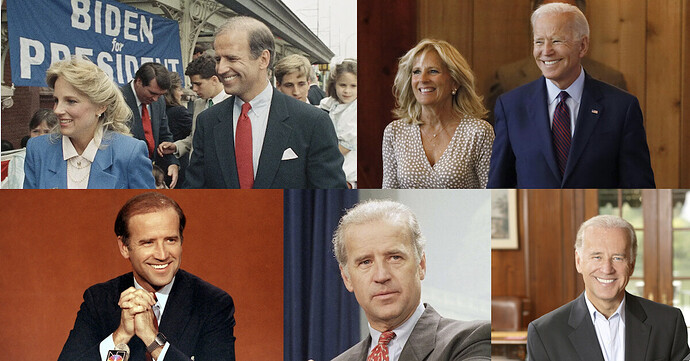 What has Joe Biden accomplished in 47 years? A whole lot!

Is this supposed to be funny? Lol
Read his top four lol