The opposition leader Guaido is now calling for the Military to get behind him and end Maduro’s reign and many thousands are marching in support.

Too bad “The People” have been disarmed but several of the major military leaders seem to be supporting Guaido so it may be over by the end of the day.

The US apparently is telling Cuba, Russia, and China to Butt out through diplomatic channels.

Maduro seems to either be in hiding or may have already left the country in exile.

Things sure are heating up. Military vehicles are driving over people. 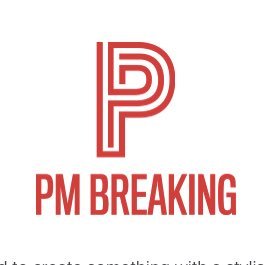 Yep, it’s going to be a bloody day for sure but then Liberty always comes at a price.

Guaido has named this “Operation Liberty”.

I wish them well.

This is what always happens when Communists take control of the government. They turn the government against the people and use the military weapons of the state to kill them for getting out of line.

Hell, they’ve been doing that since Maduro first took over. That’s a big part of the problems we’ve been having on our southern border for the last decade.

I think it is destabilizing politically to the region, but Venezuelans aren’t the ones storming the gates. Have you seen their women? I wish Venezuelan women were running across the border. Instead we get Squatamalans and El Salvadorans. The Venezuelans who have gotten out have been pouring into Colombia in large numbers.

Here’s a live stream if anyone is interested. No way this ends today. Venezuelans are most definitely among those storming the US over the last few years and currently and they are actually legitimate asylum seekers.

Reports are that 3 million VZ’s have fled the country over the last year. Many of them are staying in neighboring countries but many who can afford to make the trip are coming to the US as well.

This is a twofold problem in both the number that are coming to the US and those remaining in the neighboring countries essentially pushing the natives out by overwhelming their economies since they tend to be better educated and higher skilled than the average native.

I certainly don’t blame them for fleeing or trying to get here but I have the utmost respect for those who have stayed though the hard times to fight every way they can to free their own country from Maduro’s grip.

I would not be at all surprised to see it end today or in the next few days. Once the leaders realize Maduro is toast they’ll have to “defect to the other side” to save themselves and protect their own interests.

Loyalties in that part of the world tend to shift very quickly when it’s obvious the existing gov’t is on it’s way out. Remember, Maduro lost the election so the military leadership has known this day was coming.

I wish Trump would have already sent a carrier task force into the region in January. We’ll see what moves he makes now.

Anyone else see this coming from a mile away?

It was always going to end like this for Maduro.

I guess neocon gun-grabbing cuckservative Rick Scott is mad we aren’t directly involved in the military action down in Venezuela. 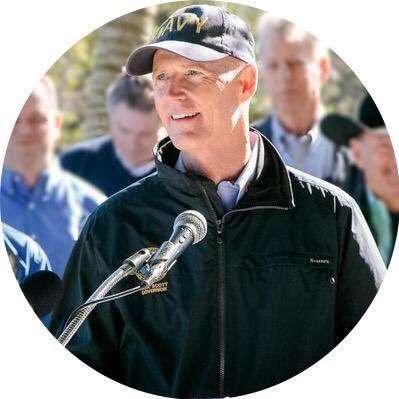 Disgusting and heartbreaking images coming out of Venezuela. This is the TERROR of the Maduro regime. Killing civilians who demand BASIC HUMAN RIGHTS! The U.S. and the world cannot stand idly by while innocent people are being murdered! twitter.com/ReutersVzla/st…

I wish all of em luck…God knows they need it.

And United States and Trump has the right idea in handling this…and warning Russia, China and Cubans.

This has been coming for a long time. You can’t starve the people into loyalty.

We don’t have to be involved militarily. I think the approach that we’re taking now is the right one.

But again what do I know.

It seems that the head of the VZ Army is now backing Guaido and apparently The Liberty forces have taken control of TV and Radio Broadcasting.

It appears we have a coalition of South American States, The US along with perhaps the French and Dutch ready to move in with relief supplies and troops to stabilize VZ.

This may end very quickly.

Oh, don’t kid yourself, we’re involved and have been for some time, just not openly.

This needed to be an internal, organic revolution from the grassroots but now that it looks like the tide as turned we’ll really be missing a great opportunity if we don’t help with the stabilization and relief efforts.

The U.S. and the world cannot stand idly by while innocent people are being murdered!

Yes - the statement is quite clear. Let me break it down for you. Cannot has a different meaning than Should not. Cannot is unequivocal. Should not is squishy. Scott opted for cannot - meaning that the US has no option but to get involved.

Are you suggesting that those words mean something different?

Then why did you say this?

I guess neocon gun-grabbing cuckservative Rick Scott is mad we aren’t directly involved in the military action down in Venezuela.

Now would be the time to step up since the People of VZ already have and we have a large coalition ready to move in and help with stabilization and relief efforts.

The military is now folding and going over to Guaido’s side so it’s not like we’d be stepping into an all out war.

I’m talking about militarily…oh we may have some SO there.

Bu this movement must be organic otherwise the blowback can be worst.