USPS official warns some voters may not "have their vote counted" 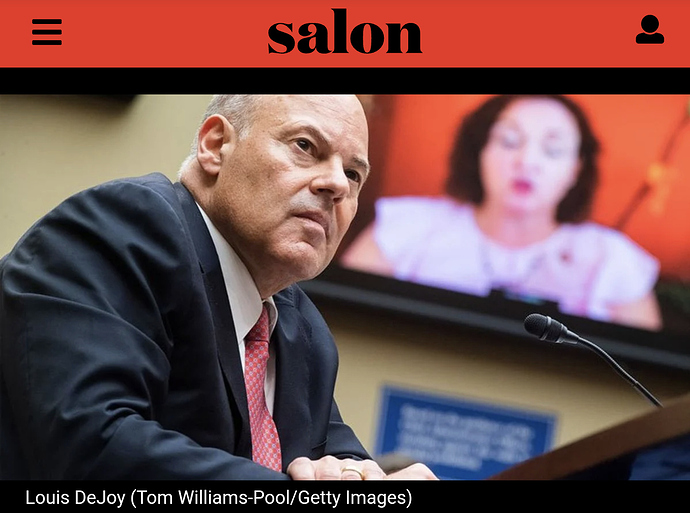 A top U.S. Postal Service official warned the agency’s leaders on Thursday that “supply chain” issues may prevent voters from getting their ballots on time, according to a recording to a meeting obtained by The Daily Beast.

A senior USPS official told agency leaders, including Postmaster General Louis DeJoy, printing services used by states may not be able to meet the demands ahead of an expected surge in mail-in voting amid the coronavirus pandemic.

This strikes me as utter nonsense, meant to try to shift the responsibility for the slow delivery of ballots from the USPS to printers employed by states to distribute absentee ballots. It would be easy enough for the USPS to state, “If we have the ballots in hand by [date], we can guarantee that all but a negligible number, a fraction of a fraction of a percent, will be delivered by [date], with the rest soon to follow.” But instead, it’s the hand-wringing of a concern troll, the ballots might come too late to be delivered in a timely manner due to theoretical issues that might occur with printers, with no useful information provided. 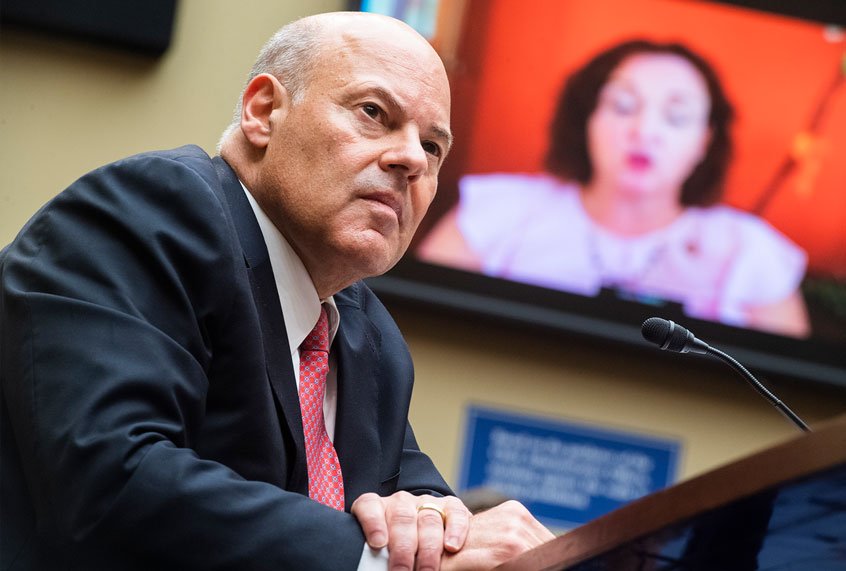 USPS official warns some voters may not "have their vote counted" over...

“Some of these printers… just don’t have the capacity they were used to in prior elections," the official said.

Completely agree with your assessment.

I also keep reading about how airlines are slashing routes, leaving small communities, and American is cutting their service by 55%.

What I dont hear anyone talking about is that a huge amount of USPS mail is carried by commercial aircraft. These cuts in service would obviously be slowing down the mail. Election mail might or might not be affected depending on the size of the state, but it has to be affecting other mail that goes any kind of distance.

Expats and military are the obvious cases of concern. But under what circumstances will other absentee ballots be sent anywhere than the legal residence? And that legal residence will be “local” geographically (except maybe in Alaska).

I wasn’t as focused on the election stuff as mail in general, but a backlog in one area can certainly spread to others if there are not enough flights to carry the volume of mail that is needed.

Certainly there probably is some overall effect. But the overwhelming majority of election mail will be local, no airlines involved. And, at least from my experience so far, there are certain very distinct chokepoints where mail gets hung up (trackable mail, anyway). First, if it starts as a FedEx/UPS “smartpost” then it disappears from the system for a while at the handoff point to USPS; otherwise what I see is things sitting in the regional distribution center nearest to me for days before being transferred to the local PO for final delivery. Neither of which have anything to do with air transport.

So? Go make the effort to vote in person then! Easily fixable!

slowing down the mail… carried by commercial aircraft.

Dipshit ALL flights have been interrupted by the fake liberal virus shutdown , come out of your cave and into the light !!!

Yeah - great advice. Let’s have the Trump virus spread and kill even more Americans. We have worked hard to flatten the curve and what you are suggesting here is on the same level as biological terrorism.

Ha ha ha! You speak like a true sheep! How much do you charge for your sheered wool?

Thanks for laughs! That shit is funny!

Yet you can’t articulate a reasonable response.

Ah, so you don’t believe that the virus is real because an incompetent liar, documented conman, and washed up reality TV star said so?

Meanwhile, the scientific and medical community on the entire fucking planet acknowledges that not only is COVID-19 very real…it is also incredibly deadly with long lasting side effects for those who are lucky enough to survive.

How are you people this reckless and insane?

Who said it wasn’t real? You always like putting words into people’s mouths to feed your confirmation bias? If you don’t want to go out and vote no one is holding a gun to your head!

Tell me this! How many CCP-Virus cases do you think there are? Can you answer that?

Right that is why Doctors recommendations have proven it works. Seriously, are you really that ignorant?

If it is such a danger then why go grocery shopping? Don’t the elderly do that as well?

Wants everyone taking it? Link?

Just sittin’ here thinking about your comments…this is the first hoax I have heard of that needs a drug miracle cure, injected disinfectant and/or strong light in your nether regions or an unproven unsafe vaccine.

I am in no mood to be a sacrificial lamb so a person who is clearly unfit for the office can be reelected. Just sayin.