US to Withdraw 4000 US Troops from Afghanistan

This is pretty awesome news especially for some just in time for the holidays.

Seasons greetings to all service members and thank you for your service! 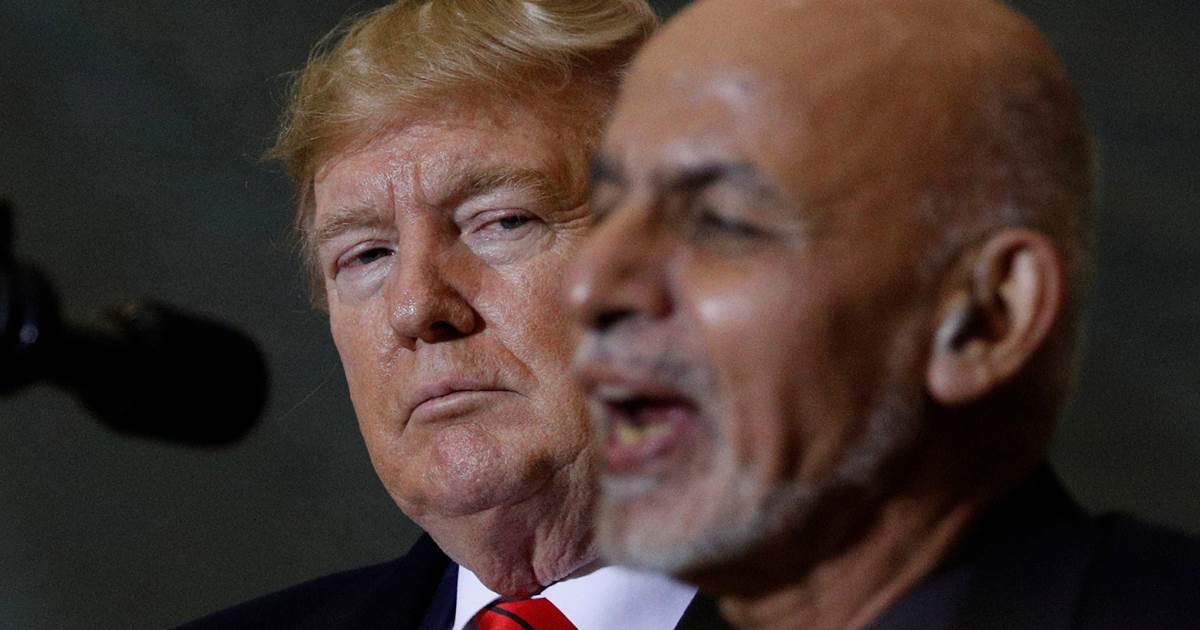 Trump had made clear to his advisers earlier this year that he wanted to withdraw all troops from Afghanistan by the November 2020 election.

Once we solidified our control of these countries we should have appointed American governors to rule them until we have rebuilt them into first world nations.

Um NO. Have you seen the Afghanistan Papers. Fuck these bullshit wars. And our troops have been abused. They’re not defending America’s interests, no fault of their own, it’s the sad reality of senseless war.

Look at World War II, we occupied Germany four million troops (one for every 25 Germans) and we garrisoned Japan and General Douglas MacArthur governed Japan and guess what, there was no insurrection.

The Filipino insurrection that occurred after the Spanish-American war cost more in blood and treasure than the SAW and took two years but it was put down and the Philippines were an American colony for 50 more years.

I’m afraid it’s yet another case of ‘Lions led by donkeys’ syndrome.

Tyricannal regimes work in the middle east (provided the west, in its stupidity and incompetence, doesn’t effing interfere with them?). And we need Assad on-side; after all he’s been killing jihadists for us over the past 4 years; if he hadn’t they’d be knocking on our doors by now. Cut him some slack whydoncha?

Once we solidified our control of these countries we should have appointed American governors to rule them until we have rebuilt them into first world nations.

The US is slipping in so many categories, borrowing record amounts of money just to meet the budget. The hay day is over. Time for some rebuilding at home.

But if you noticed since 2001 there hasn’t been a single successful attack on American soil, we found and killed Osama Bin Ladin, we got rid of Saddam Hussein, and we sparked rebellions in Tunisia, Libya and Egypt.

We would have got more out of this deal had we annexed these countries as Federal Colonies and rebuilt them so they will be contributing taxpayer dollars rather than sucking them.

No I acknowledge we’re going to pull out of Iraq, Syria and Afghanistan. We do need time to rebuild our infrastructure, our industrial base and our military. But we may have to prepare for our next “Iraq” which will be Mexico

I agree; never good to spread it too thin. Many Middle East countries are anchored to a 7th century mind set, because of Islamic influence. It’s impossible to revamp an ingrained ideology over night. Seems like all religions have tried to gain sane ground, except for Islam. The only major breakthrough so far is, Muslims are now permitted to use toilet paper. I do feel for European countries that are being overrun by primitives; but they asked for it. Ya lay down with dogs, ya get up with fleas.

The US won’t be annexing anything else, those days are over. The winners of USFP in the ME are Islamic extremists, and Iran, China and Russia.

Great, it’s about time to wean the Afganis off the U.S. breastfeeding after all the training etc paid by U.S. taxpayers.

The US won’t be annexing anything else, those days are over. The winners of USFP in the ME are Islamic extremists, and Iran, China and Russia.

And that’s because they respect and fear China and Russia; they sure don’t respect nor fear any western country.

Time for some rebuilding at home.

Getting rid of the Fed will be a good start.
World Wars I and II wouldn’t have happened without the Fed.

Trump and Putin are talking to each other.
Putin has prevented Word War III a few times for which he really deserves a peace Prize. Forget the Ignoble Prize.

And that’s because they respect and fear China and Russia; they sure don’t respect nor fear any western country.

Who would “they” be in this?

China and Russia behaving the way they are, is a direct connection to the collapse of the USSR. Both countries have expressed their concerns along the way over how the US would handle lone super power status. IMO, quite rational of them.

They have both expressed their dissatisfaction and pointed out the threat to global security by a unipolar world. I agree with that as well, no matter who that lone superpower may be, if men were angels.

Obama’s actions that threatened both of Russia’s warm water ports at the same time, was too much. And in both places, Russia took control and owns the day.

Both China and Russia have opposed the US on ME policy since Libya, and voted against us at the UNSC. And they both are cooperating together increasingly militarily, and have brought Iran into that realm now too.

I’ve long believed that American arrogance was going to be challenged one day, and that these would be the ones to do so.

Thanks for proving once again you don’t know squat in terms of what is really going on and you are repeating the MSM nonsense you love to regurgitate daily here! 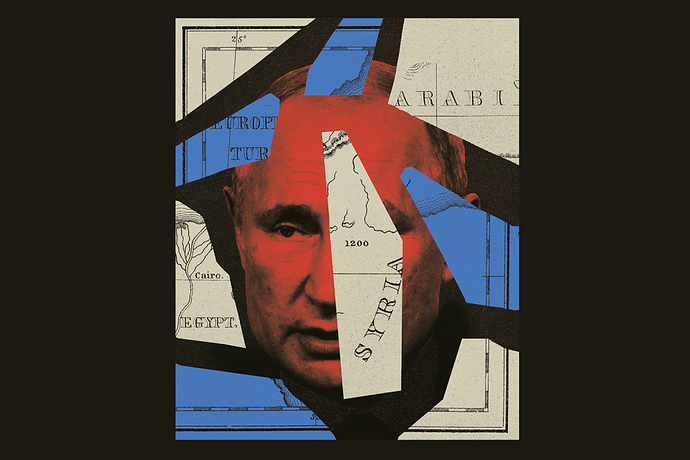 Don’t Believe the Hype. Russia Is Losing in the Middle East—and Around the...

Putin’s apparent victories in spreading Russian influence are mirages, some of which have come at a great cost. 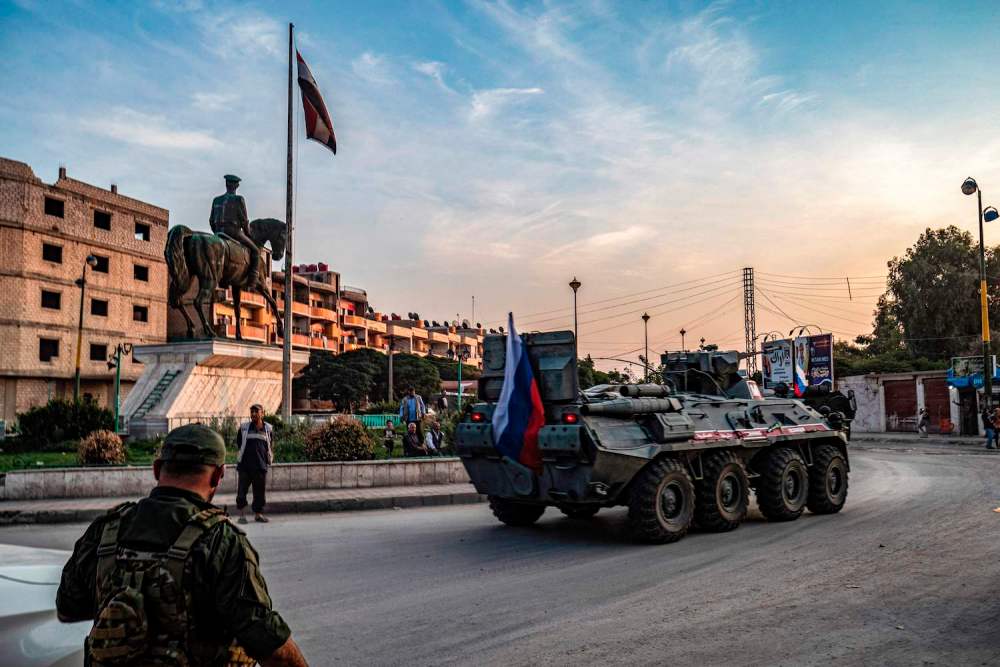 Russia Is the Only Winner in Syria

With Washington’s policy in chaos and Erdogan moving into Putin’s orbit, Moscow has come out on top.

Don’t Believe the Hype. Russia Is Losing in the Middle East—and Around the...

Putin’s apparent victories in spreading Russian influence are mirages, some of which have come at a great cost.

Not only should they all come home, it’s bs anyway as thousands more are being sent to the ME as part of Trump’s build up. 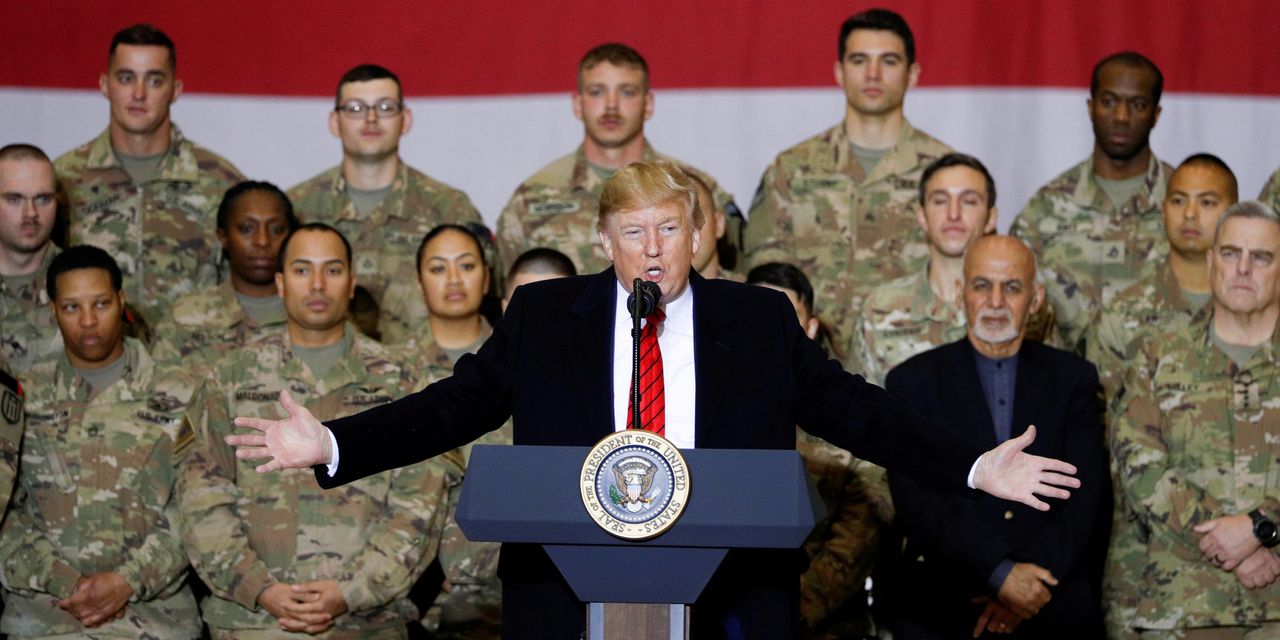 The deployment of as many as 14,000 additional troops could double the number of U.S. military personnel who have been sent to the region since the start of a buildup in May.

“Considers“meaning it hasn’t happened yet! But keep trying M-crusty eventually your repeating MSM talking points is bound to be right! A broken clock is right twice a day too!