US to Withdraw 4000 US Troops from Afghanistan

Screw that. There’s too many Americans fed up with forever war. If you’re a supporter of that nonsense than sign up.

“Considers“meaning it hasn’t happened yet! But keep trying M-crusty eventually your repeating MSM talking points is bound to be right! A broken clock is right twice a day too!

Even a blind squirrel finds a nut once in awhile. Although I have to wonder how much foraging Crusty must do to find one. 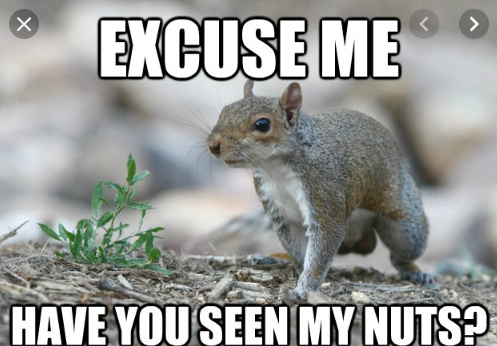 Yeah, funny how that keeps happening…

M’s method of trolling is to respond to every other member here until he has the last word in the thread!

USFP for Syria has been regime change for decades. But Russia interrupted those plans.

Yeah you just proved my previous post! How many times you going to respond to Cerebus that could have been stated in a single post if you are not trolling Montecrusty?

Trump and Putin are talking to each other.
Putin has prevented Word War III a few times for which he really deserves a peace Prize. Forget the Ignoble Prize.

Really, how would that be???

Really, how would that be???

Monte is not trolling!

‘Who would “they” be in this?’? The global jihadists. They know that Russia and China won’t faff around like we do, and hold military tribunals every time a so-called ‘civilian’ claims that his Auntie Fatima was killed 2 years ago in a western attack . . . the Russians and Chinese will simply say ‘Go and tell someone who gives a fuck.’ Or waste the complainant for lying, which he probably was. Or both?? lol

ISIS didn’t even exist at the time.

Manpower and effort wise you’re pretty right on though.

Invasion by Aliens and ■■■■ no doubt.

You haven’t followed the aftermath of the downing of the Malaysian MH17 by Ukraine jets in 2015.

Syria could have triggered a WWIII, just like nutty Netaniyahu wanted. Putin thwarted that also.

too many Americans fed up with forever war.

war for Israel, that is.

Syria could have triggered a WWIII,

Libya “could have” triggered WW111 but Obama prevented it taking swift action. See how that works.

Obama, judging from his face, is not an evil man.
He was caught between the rock and the hard place, as you say in English.

At the time of the Libyan destruction, Putin was not President.

His unauthorized action in Libya did not prevent WW111 was the point. Nor has Putin ever done so.

Putin?
Like I said, he was not President then.
If he had been, he would have saved Libya.

It was the European NATO idiots who bombed Libya and paved the way for the destruction of Europe by Africans.

Gaddafi warned that without him, Europe would become flooded with Africans.