“If Washington and NATO countries supply weapons that will be used to strike civilian cities and attempt to seize our territories, as they threaten, this will lead to retaliatory measures using more powerful weapons,"

In a Telegram message he continued: “Arguments that the nuclear powers have not previously used weapons of mass destruction in local conflicts are untenable. Because these states did not face a situation where there was a threat to the security of their citizens and the territorial integrity of the country."
He added "Deliveries of offensive weapons to the Kyiv regime will lead to a global catastrophe”.

Russia did invade Ukraine and has grabbed territory and incorporated it into Russia, and yes we tend to frown on that (although it is the way that the world has worked forever, including the assembling of the territory that the United States consists of today. But the closer you look at the events that led to the current situation, the cloudier the calculus if the rights and wrongs becomes. The US pretty openly engineered the destruction of a democratically elected pro-Russia government in Kyiv in the 2014 “Maidan Revolution,” and provoked Russia with the threat to bring Ukraine into NATO.

In a short-sighted view, you could say that.
Truth be told, the conflict started long before 2014.

It’s the people of the Donbass and other Russian-speaking areas who asked Russia to stay, because they knew the Kiev troops would kill them and their families.

Coincidence? I don’t think so.

Russia is fighting the US Deep State.

Not to mention the threat of US funded bio-labs in Ukraine which IMO was the red line for Russia to move in.

The US pretty openly engineered the destruction of a democratically elected pro-Russia government in Kyiv in the 2014 “Maidan Revolution,” and provoked Russia with the threat to bring Ukraine into NATO.

As they did with Iran by removing a democratically elected president after he decided to nationalize Iran’s natural resources. 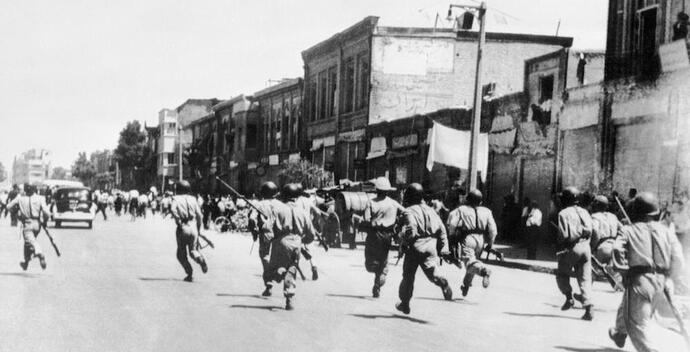 Although your statement is half right but doesn’t fully explain the full picture of what the US and its NATO allies intentions and agenda truly is. The US does not have the moral ground when their impetus for war is based on false pretenses.

John Kirby is both a liar and a moron!

“The Abrams tank is a very sophisticated system that requires a very long, detailed, complex supply chain. I do not rule out anything, I just state that we want to give Ukrainians opportunities that they can use, use in a short time and effectively,” - John Kirby

Serious problems with Abrams tanks.
He knows what he’s talking about. Viktor Yanukovych was not particularly pro-Russia. He was merely doing the tight-rope walk between western Ukraine and eastern Ukraine, which the US neocons didn’t like.

The Crows know! Very bad sign that something is up! I like this video, it explains the weakness of bravado that is in the past. Lira is in Kharkov, Ukraine, and Dima is in Belarus.
Berletic has Slavic background.
(I don’t know about the other guy.)

You can totally ignore the western MSM. Ukraine is one of the most corrupt countries in the world. Why pump money into this shithole?

Putin - about the situation on the line of contact: “The enemy does not care for anything or anyone. They shoot their own in the back, they created blocking detachments.This is the work of the nationalist battalions, but they themselves do not exactly storm ahead.”

Ukraine is one of the most corrupt countries in the world. Why pump money into this shithole? Zelensky is really nervous about the joint Russian/Belarussian military build-up north of the border. 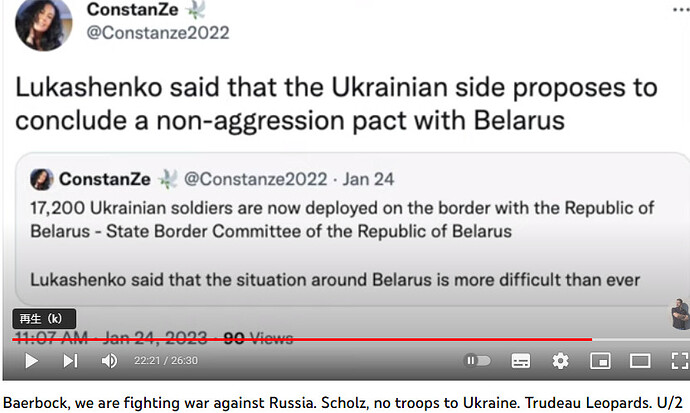 American and German tanks may not be intended to go to Ukraine, but to stay in Poland. (It makes much more sense)

You got to love it when a plan comes together:

In August 2021, Biden abruptly ordered American troops to retreat from Afghanistan. Doing so wiped out almost 20 years of the American military effort, both blood and gold, led to the death of 13 American troops and untold numbers of Afghan citizens and saw Biden abandon around $90 billion in American weapons to the Taliban.

Those weapons, which should have been returned home to America as part of our arsenal in our defense, haven’t gone to waste. Some, surely, ended up in the hands of warlords in dangerous places, but it seems that many of them will end…in Putin’s hands. The Sun reported that a Russian mil blogging social media outlet has chatter about Putin negotiating with the Taliban for the weapons:

VLADIMIR Putin is plotting to grab weapons seized by the Taliban during the US evacuation of Afghanistan, a so-called Kremlin insider claims.

The Russian tyrant is reportedly in the midst of negotiations with the terror group to recognise the Taliban government.

In return, Putin wants US equipment snatched from Afghanistan by the Taliban to be handed over, according to Telegram channel General SVR, which claims to be fed information by a Kremlin insider.

That sounds like a plan. According to The Sun, the list of weapons potentially available to Putin is impressive:

It is thought Taliban fighters may have stolen as many as half a million US weapons and up to 50,000 vehicles.

Some 33 Black Hawk helicopters, 23 Super Tucano fighter planes and 4 C-130 transport planes were also given to the Afghan Air Force.

It makes much more sense when trying to understand the motives behind the disaster of Biden’s pullout from Afghanistan when you insert the “World Economic Forum” narrative to it. There are head-fakes and then there are strategic decisions for both a calculus and distraction effect. When looking deeper into who are the people calling the actual shots and its fairly obvious a great many people in this admin as well as on the local, state, and congressional levels have ties to WEF. The long term plan connected to the visions of the WEF to get the world to immolate China’s autocracy of governance is really the shift that is happening especially when looking at the US dollar and its waning influence in being the World reserve currency as well as partnering with Big tech to creat digital slave camps. So our weapons ending up in the hands of the Russians and Chinese won’t matter much when in reality the great deterrence is nuclear Subs with Ballistic Missiles that are lurking somewhere in the worlds oceans ready to strike at a moments notice. Both sides know this, so what is that war in Ukraine really about? Child’s play when the stakes go up exponentially with all things considered. Lastly knowing Obama and his minions the withdrawal from Afghanistan was also meant to humiliate the US on the world stage in order to “lessen the US footprint” in the world, something I am sure you heard the phrase used when referring to Obama’s agenda when he was in the White house, because lets face it, it is him behind the scenes calling the shots as the puppeteer while Biden is the puppet.

Huh? After the Kiev junta toppled the statue of Catherine the Great? 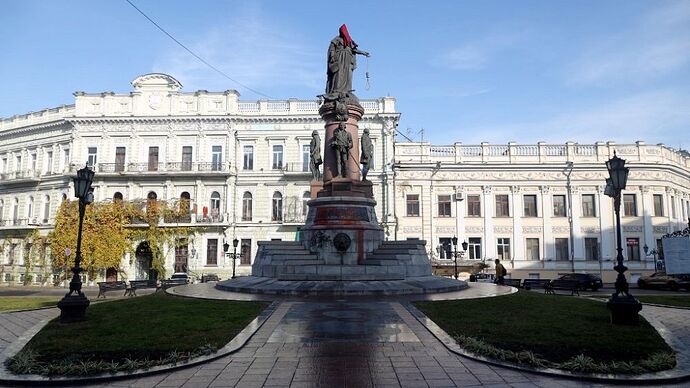 Ukrainians in Odessa voted in November to take down a statue, erected in 1900 on the city's centenary, in response to Russia's invasion.

What kind of hypocrites are they?

Now they are going to place war machinery in the “historic sites” and blame Russia when attacked.

Dumb people do dumb things with false hope into thinking it will pacify their feelings and fool others such as Gas lighting on the stage of optics . 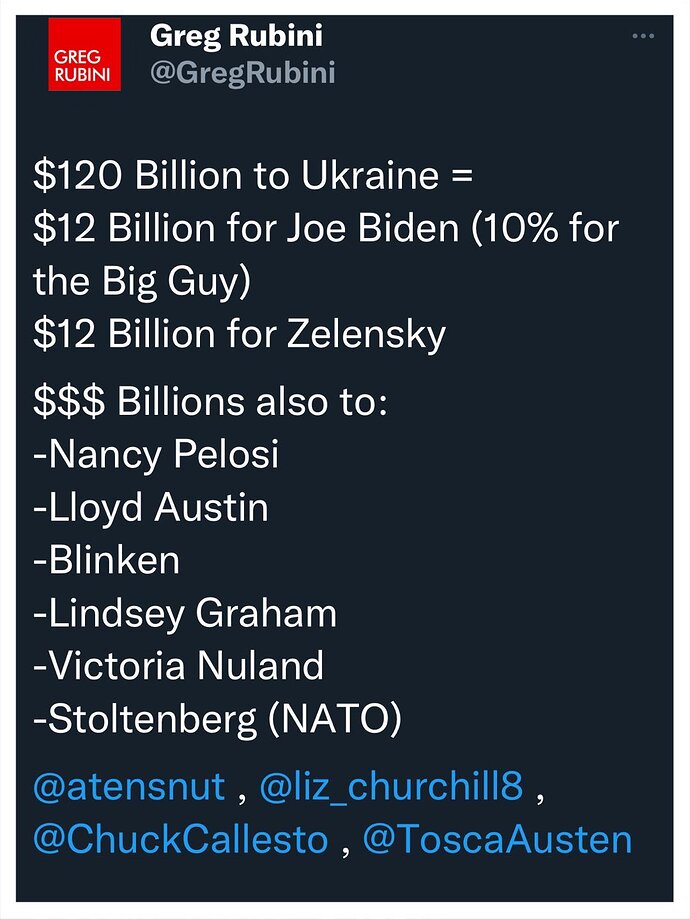 The US is now supplying arms to 96 states while increasing its global share of arms sales during the five year period.

The US will send 30 tanks to Ukraine at the cost of 10 million each. Not a bad deal for Ukraine as the pay nothing for the US largess.

As we flood the world with conventional armaments we accelerate the potential for nuclear conflict.