Interesting how we hear almost no accurate news as to what is happening with Russia and Ukraine war, only the billions of dollars that the US is sending on a daily basis with the intent to bankrupt the US taxpayer. This thread is dedicated to anything related to Ukraine and Russia developing news as it seems we may be entering a new phase of this conflict. Russia is not about to cry Uncle and cede to the US’s proxy war. 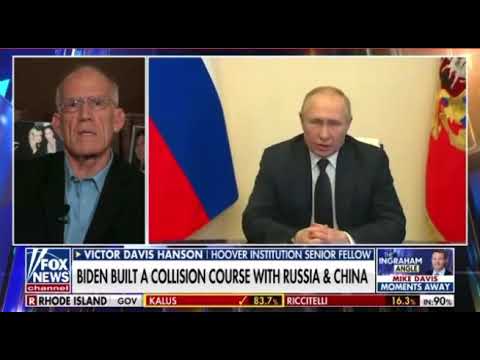 In their previous meeting just three weeks before Russia invaded Ukraine in late February, Putin and Xi signed a “no limits” friendship pact.

In a sign of that agreement, Putin expressed support for China on Taiwan, which rules itself via democratically elected leaders but Beijing sees as a breakaway province. 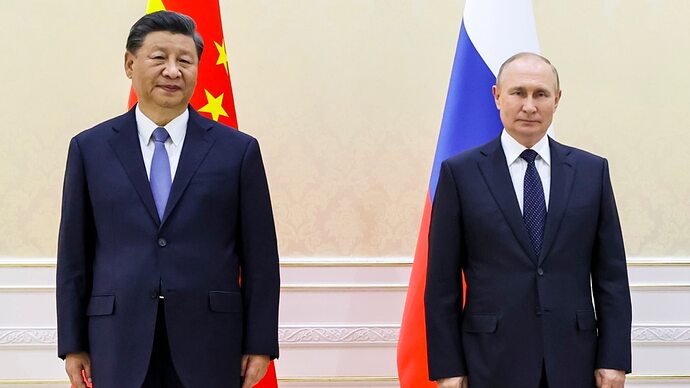 Chinese leader Xi Jinping has expressed concerns over Russia's war in Ukraine during a meeting with President Vladimir Putin, their first since the Kremlin ordered the invasion of its neighbor almost seven months ago.

Alex Christoforou said in his monologue a few hours ago — I don’t know his source — that there may be surprise referendums in Lugansk and Donetsk (Republics) as well as in Kherson as to whether or not they want to join the Russian Federation. If the votes are yes and the Russian Duma recognizes the wishes expressed in the Donbass and Kherson, this will be a whole new ball game.

Any attack by the Kiev regime (and the NATO) on the civilians of these regions will be considered a direct attack on the Russian Federation. I jokingly suggested that either Lugansk or Donetsk Republic invite North Korean troops, because NK has recognized the Donbass republics.

I can confirm this! Crazy!

Wtf is a Ukaine? Asking for a friend lol

He served in the US military in the past.
He has a Slavic accent but it’s clearly understandable. Good summary of the current situation Thanks for posting these! It gives the rest of us alternate views to reveal what is really going on in Ukraine.

I wonder with all the millions that is being spent from America, what does Zelensky have to show for it?

Serbian President just made this proclamation at the UN 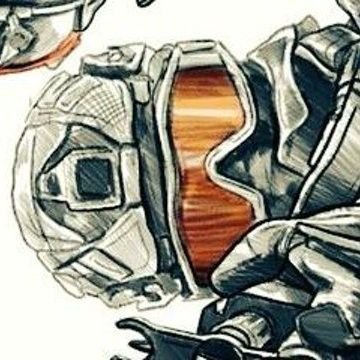 @S_shadow8000
Aleksandar Vucic, President of Serbia: Within a month or two, the world may enter into a military conflict not seen since World War II. https://t.co/Ma0mIS1bkv
Dr_Manhattan September 21, 2022, 10:57am #12 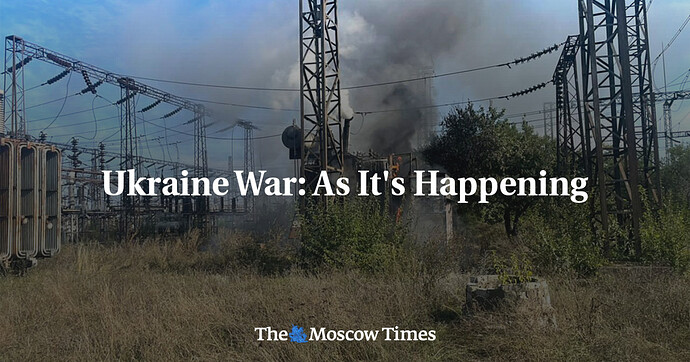 Ukraine War: As It's Happening - The Moscow Times

The latest breaking news updates on the Russian invasion of Ukraine, in a live news feed aggregated from mainstream, alternative and independent sources, by NewsNow 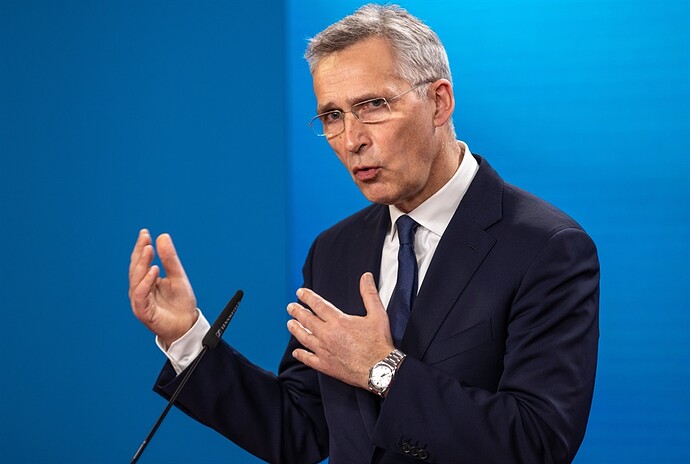 Russian President Vladimir Putin's mobilisation of thousands of extra troops for the war in Ukraine will escalate the conflict and his threat to use nuclear weapons was "dangerous and reckless rhetoric," NATO's secretary general said. 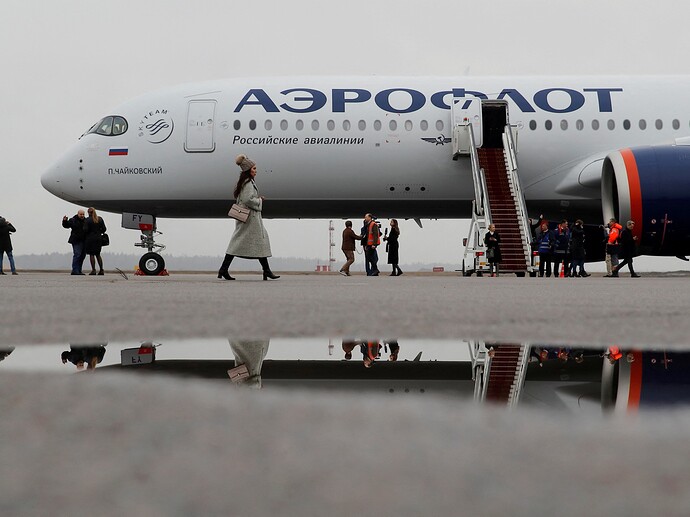 Flights out of Russia sell out after Putin calls up reservists

Flights out of Russia were soaring in price and selling out after Putin ordered partial call-up of 300,000 reservists. 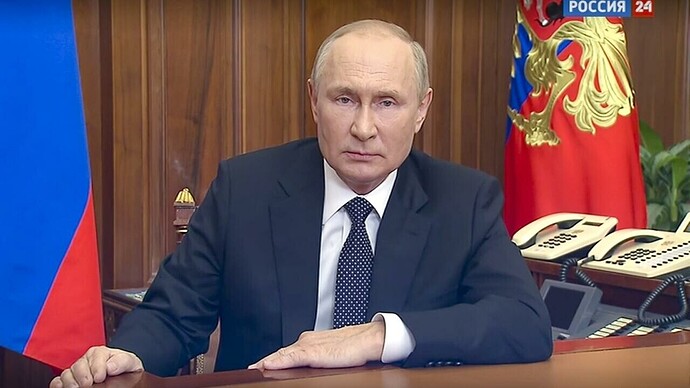 Russian President Vladimir Putin on Wednesday ordered a "partial" mobilisation of 300,000 reservists, marking an escalation of what Moscow calls its military operation in Ukraine.  The decision was condemned… 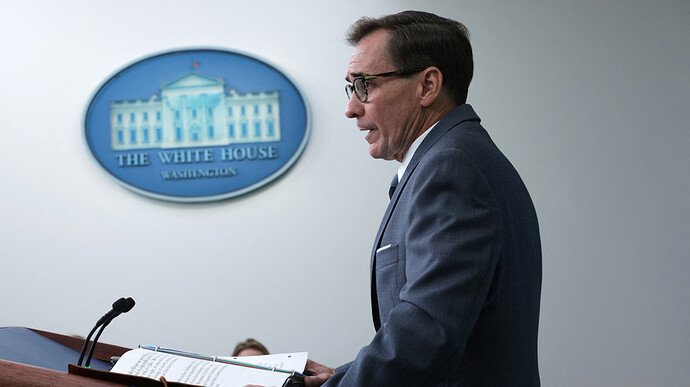 I was under the impression that Russia had things in control, apparently that is not entirely the case. 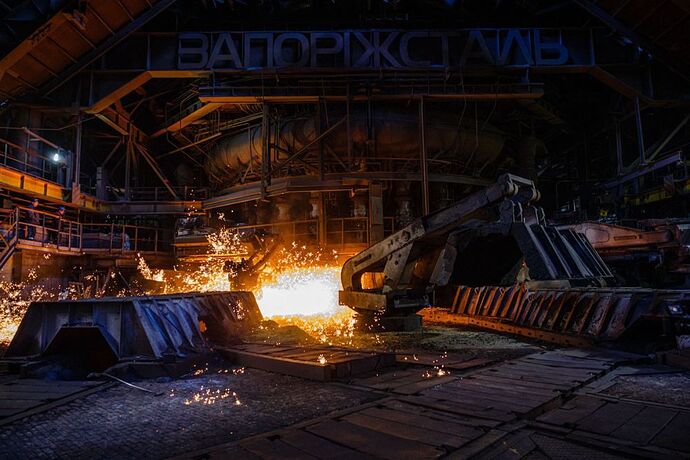 Russian strikes have taken a toll on Ukraine’s defense industry, but offshoring and the cottage industry are keeping the shells coming.