The awesome power of nature…cannot be denied. 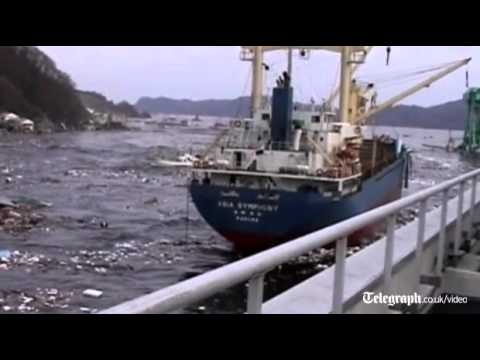 Someone laughably once accused me of being “Anti Engineer”, in truth, I’m simply pro reality.

Engineers have accomplished seemingly impossible tasks but every time we get to thinking they are gods, God reminds us they are not.

Ten thousand years ago all that was known to man would fill no more than one small modern library if it was all written down in book form.

Today there isn’t enough paper on the planet nor the means to store it if there were if we attempted to do the same yet we’re still barely scratching the surface compared to how it will all advance over the next century and even then we’ll still just be getting started.

When global warming floods the earth, the man who can swim will be king. (Of whatever might be left…)

No need to swim. Just float face down and come up for air now and then. One can stay in deep water 24/7 without expending much energy…as long as the water is at a survivable temperature.

All children should be required to take Drownproofing. The course was designed by Georgia Tech swimming coach Fred Lanoue and was required for graduation until just a few years ago.

No need to swim. Just float face down and come up for air now and then.

What I posted was intended to be a joke.

What you posted is a valuable survival technique in many circumstances. Not sure it will help much in the chaos of a tsunami flow, though. If you watch the videos you’ll see that your chances are high that you’d get bashed into a floating plane or a tree trunk or a building if you tried to float on that rushing water.

But if your boat capsizes on a lake? Or if you get accidentally tossed overboard from your cruise ship? Yup. The ability to survival-float can mean the difference between life and death.

In your scenario of world wide flooding caused by global warming and subsequent ice melting, there would be no tsunami, just slowly rising water…and it wouldn’t cover all the dry land. 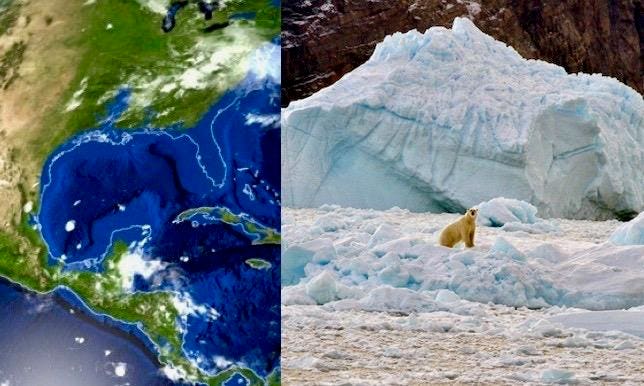 Here's What Earth Would Look Like If All The Ice Melted

Regardless of your thoughts on climate change, the world's ice is measurably melting and at a rapid pace. Given recent trends in record warm years, it's likely that melting will continue at an unprecedented rate for decades to come. I’m safe here just 19 miles outside of Atlanta. My elevation is about 801 ft AMSL

That tsunami was created by a nuke explosion in the sea bed. That’s why the sea water was radioactive.

Forgot to mention, the debris and rubble from washed away houses was contaminated with radioactive Cesium, including that which reached the Oregon coast a year later.

Now, the tsunami and earthquake happened on a Friday afternoon. Fukushima explosions didn’t happen until the following week. So how could the debris be radioactive?

If you watch some videos carefully, the sea water rising over the embankments is black and muddy. 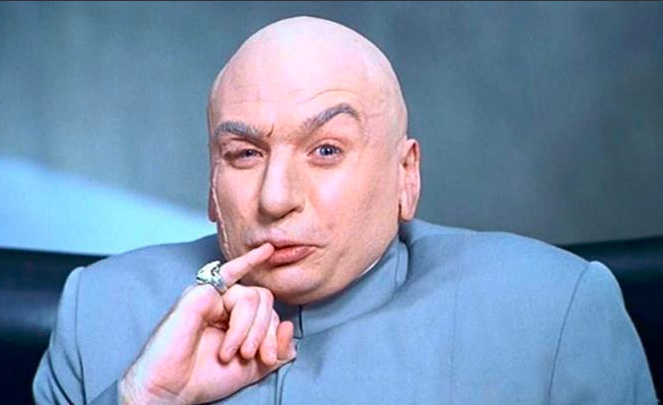 That actually depends on your body fat.

When I took my advanced water safety and life guard tests the “deadman float” nearly killed me because I was equalizing about eight feet under and had to expend a whole lot of energy getting to the surface for each breath.

For the AWS test we had to do it for an hour, for the LG test it was 45 minutes.

The traditional back float with leg kick was much easier for me.

Nuclear fallout. Not that hard to understand.

Nuclear contaminated smoke and steam spread much faster than water currents and ride the prevailing winds. Tsunami happens on Friday.
Reactors explode by Israeli terrorism in the following week.

And nuclear fallout happens right on the same spot (give or take a few miles) after traveling around the world but never affecting elsewhere. Makes you wonder, don’t it? That’s a complete fabrication on your part.

The contaminated particles ventually “fall out” of the sky which is why it’s called fallout.

Those clouds cannot be cycled back to the original locations because they travel on the jet stream.

You’re making up complete BS again, they act like any other dust, smoke, or steam clouds just like volcanic ejecta which spreads all over the earth on the same winds.

The contaminated particles ventually “fall out” of the sky which is why it’s called fallout.

Tsunami happened on Friday. Nuke trouble the following week.
The radioactive pollution of tsunami debris is only attributable to sea water after a nuke explosion in seabed.

Go troll somebody else. It gets boring.

Pure BS, the fallout starts falling immediately at ground zero and spreads from there.

You cannot have radio active contamination without things first being exposed to contaminated particles or direct irradiation.

The major pacific currents run almost paralell to the predominant wind patterns as well which you’d know if you did five minutes searching.

It also took more than a week for all of the flood waters to secede after the tsunamis because of all the debris slowing the drainage.

the fallout starts falling immediately at ground zero and spreads from there.

Exactly.
But that’s days after the tsunami washed away houses (sometimes with people trapped inside). Some debris, cars and ships wound up inland, but some got swept away into the ocean immediately after the tsunami hit.

And once again no, not even close.

Debris is formed as flood waters rush in, as the water starts to flow back towards the sea that debris forms dams that retard that flow.

Debris is formed as flood waters rush in, as the water starts to flow back towards the sea that debris forms dams that retard that flow.

Again, that was Friday.
A lucky man got rescued floating offshore, while he sat on the roof of his house. 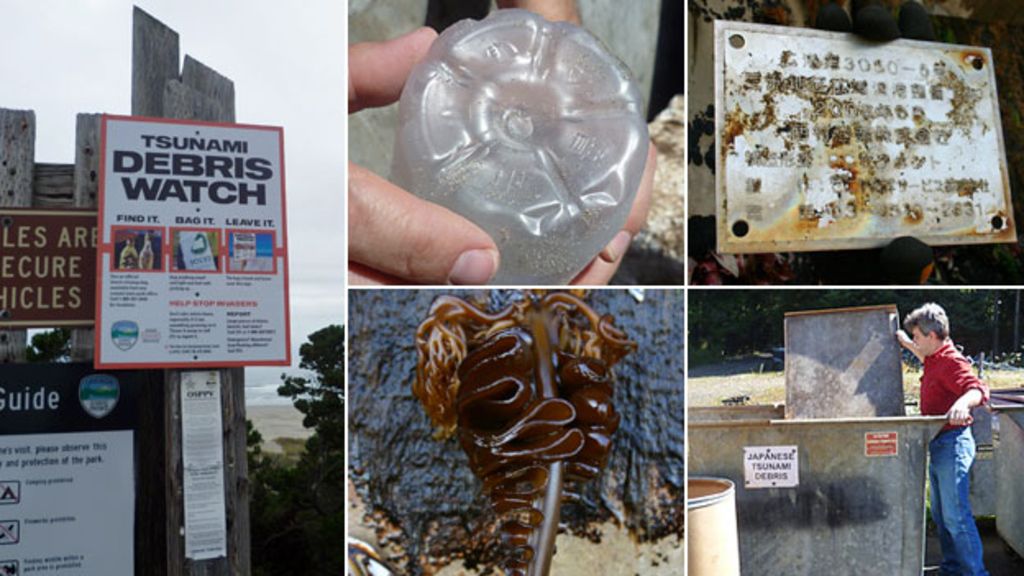 The tsunami debris washed from Japan to Oregon

As debris from the Japanese tsunami hits land across the Pacific much earlier than expected, residents in Oregon, US fear what is yet to come.

There is absolutely no possibility nuclear weapons were used or that they could have been undetected.

The wind and water currents of that part of the pacific run pretty well parallel to one another and the winds of course faster so finding fallout in floating debris isn’t surprising, it’s completely logical.

You’ve been warned about turning every damned subject into a ■■■■■■ conspiracy repeatedly and yet here you go again. 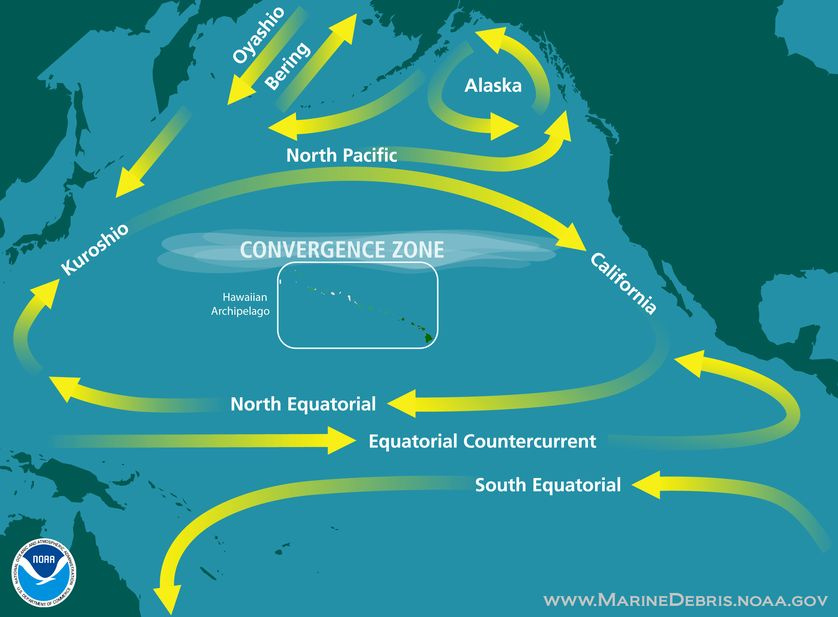 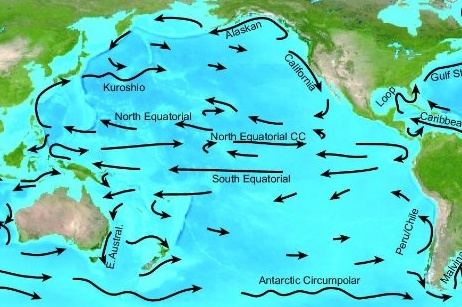 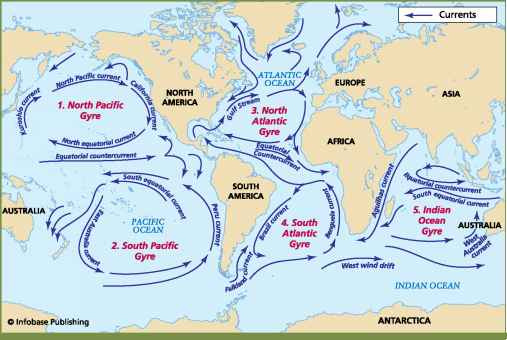