While some pride and self-respect are certainly good and necessary, too much of it can have drastic consequences. Enter - you guessed it - former President Donald J. Trump, bafoon-carnival barker, a man whose notorious pride and ego have tragically morphed far beyond a simple character flaw most of us have to some degree to a seeming black hole that threatens to engulf every amazing accomplishment he has won for conservatism and the country. He is responsible for the death of a party and producing more RINO’s than any dem alive !

As expected, Trump’s self-directed pride has caused him to enter a third presidential race, one in which he, unfortunately, has zero shot at winning, NONE ,NADA . But that would be the worst of it if there were any signs he intended to at least try to be a good candidate and learn from his mistakes. But HELL no.

While most of the country has moved on and is just trying to figure out how to survive, the former president still insists on reliving 2020’s debacle and 2016’s improbable victory ad nauseam in every speech. He’s also been bizarrely and baselessly attacking the GOP’s most popular non-Trump politician, Florida Gov. Ron DeSantis, a strategy that has backfired with a significant percentage of former Trump voters who appreciate DeSantis’ leadership in Florida, especially during the Covid-19 pandemic. What a dumbass !!!

If you still don’t understand just how stubborn and ridiculous Trump is being on this issue, consider this: In an interview, last week with David Brody of the conservative podcast The Water Cooler, the former president - the same man who criticized Georgia Gov. Brian Kemp for opening up his state “too soon” in 2020 - praised GOP governors for resisting lockdowns and slammed DeSantis for shutting down Florida “for a period of time.” And Trump gave us Fauci and push big Pharma’s poison !!!Truly, does he think we have no memory at all?

If Trump’s tone-deafness were just limited to attacks on a political rival, it might be excused to some degree. However, it has unfortunately extended to another point of pride, Operation Warp Speed, a Trump-initiated endeavor that began early on in the pandemic and ended up with Big Pharma delivering several under-tested Covid-19 ‘vaccines’ to market. These ‘vaccines,’ as we all now know, turned out to not only fail to do the primary thing vaccines are supposed to do, which is stop the spread of a disease, but they also arguably hurt and even killed far more people than they ever saved.

Unfortunately Trump can be successful at splitting the GOP ensuring a democrat in the WH.

He may become the candidate via default just like he last election. This time the people of the US will soundly reject Trump and the GOP. Proof, the midterms should have been a blow out, the left capitalized on the dislike of trump and threw money at MAGA candidates and they were soundly rejected.

Advisers to Donald Trump have blanketed South Carolina Republican officials with pleading phone calls in recent weeks in an effort to drum up endorsements and attendees for the former president’s first campaign swing of the 2024 cycle next week.

But the appeals have run headlong into a complicated new reality: Many of the state’s lawmakers and political operatives, and even some of his previous supporters, are not ready to pick a presidential candidate.

They find themselves divided between their support for Trump, their desire for a competitive nomination fight in the state and their allegiance to two South Carolina natives, former governor Nikki Haley and Sen. Tim Scott, who have taken steps to challenge Trump for the nomination. Both are said by people close to them to be seriously considering a bid, and Haley is expected to announce in the coming weeks, South Carolina operatives said.

“Nikki Haley is probably our first South Carolinian since we voted for George Washington that has really had a chance of being president of the United States,” said former South Carolina GOP chair Katon Dawson, a supporter of the former governor, explaining the challenge. “And I think the Trump folks are going to run into that history.”

State party chairman Drew McKissick will not be attending the Jan. 28 Trump event, because of the RNC meeting next week in California, and Rep. Ralph Norman (R-S.C.), a close ally of both Trump and Haley, has a prior commitment on Jan. 28 that he may not be able to break to attend the rally, according to their advisers. Hope Walker, executive director of the state party, recently turned down a job offer from the Trump campaign because she has decided to stay in her role for the cycle.

Let’s see how you feel after the first few debates. Trump might surprise you.

Unfortunately Trump can be successful at splitting the GOP ensuring a democrat in the WH.

Trump was destroyed.by a buffoon with no moral compass. Only an idiot would expect him to win after that poor performance. Time for a real conservative to enter the campaign .

2 Buffoons talking to each other in a zoo lol

No debate can repair the Trump personality and rhetoric he spews. That is what the country hates about Trump. His, like your name calling is a 5 year olds temper tantrum. “Ron DeSanctimonious,” Which you may find funny in a 5 year old way reflects Trumps defective personality.

Trump has a zero chance of winning re-election | Columns | postregister.com

Ex-GOP strategist suggests Trump has no chance of winning the 2024 presidential election based on midterm election results (yahoo.com)

Trump 2024? Nope, Think Again!. Why Trump has zero chance of winning in… | by Arthur Truth | Medium

Trump is ‘livid’ and ‘screaming’ his head off after disappointing midterm elections for the GOP, an advisor said (msn.com)

His like your name calling is a 5 year olds temper tantrum. “Ron DeSanctimonious,” Which you may find funny in a 5 year old way reflects Trumps defective personality.

Both are 4 year old that require a beating .

I know you want a McCain that lets Obama calls him a racist and he smiles like a biatch… sorry you ain’t no republican, you’re a RINO you have no culture.

A lot of you old men are just jealous of him

So says the racist.

as to your De Santis comment:
Fueling hate and posting false information is is so Trump like.

You know nothing about me, just you’re Trump induced trash talk.

He is a nuisance with idiotic comments .

10 Things I Now Hate Because of Trump

The number “45.” There are no photos of John F. Kennedy wearing a football jersey with the number 35. Historians and journalist sometimes use Bush 41 and Bush 43 to distinguish the two, but most presidents aren’t recognized by their sequential number. Still, Trump has embraced “45,” putting it on his golf hat and embroidering it on his cuffs. SAD … Many elevators skip the “13th floor” because it’s considered bad luck. In the future, we will skip from 44 to 46.

lol. Much easier then writing all that

So says the racist.

What a turd with Trumpy affliction , he has to move past 2016 at some point and see Trump is fucking DONE !!!

Give trump another chance! I beg you

He can’t keep his mouth shut even today.

Donald Trump posted a three-page rant Tuesday morning, declaring his actions during his now-infamous telephone call to the Georgia Secretary of State were “perfect” and above reproach.

“My phone call to the Secretary of State of Georgia, and a second call which the Marxists, Communists, Racists, and RINOS don’t even want to talk about, were ‘perfect’ calls,” Trump falsely declared, writing “perfect” AND OFCOURSE in all-caps. BAFFOON !

It’s a constitutional right to object to an election. Are you anti-constitution?? 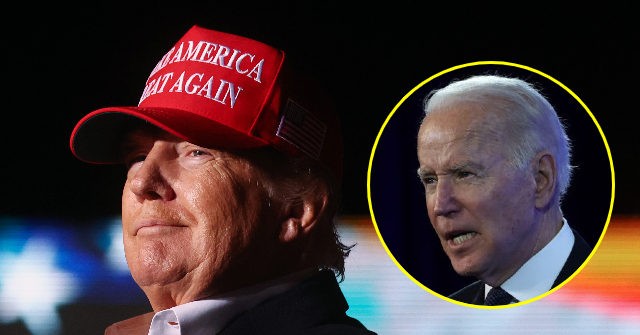