I just watched the NBC Townhall with Trump and that HORRIBLE Meredith woman. Could she have been more unhinged and Pro-Biden? No. First question the White Supremacy crap AGAIN. Second question about QAnon. Then it was all Covid Covid Covid Masks Masks Masks, not even asking President Trump any normal questions, pure Partisan, literally thinking she was there to have a Debate with him, interrupting him every 10 seconds.

I was noticing the other audience members who looked quite enthusiastic for President Trump, of course they were never allowed to ask any questions.

So I didn’t watch the Biden Townhall because I knew it was ALL going to be softball questions.

President Trump did well considering he was under constant attack from that NBC bitch, there’s no way Biden could have handled that, during the Ad breaks they would have had to change Biden’s Depends and maybe give him a smoke of Hunter’s Crack Pipe or whatever.

I didn’t bother watching it, thank you for the synopsis now I def will not waste my time.

Could she have been more unhinged and Pro-Biden? 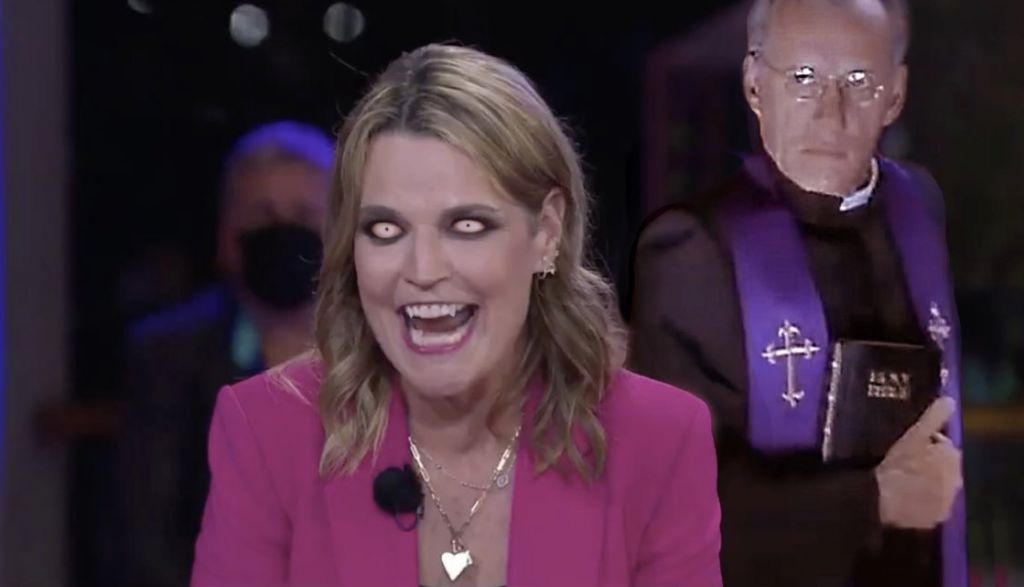 Trump absolutely killed it at his town hall, swatting down that birch of a moderator while also answering people’s questions respectfully and winning over the crowd.

Meanwhile, Biden’s town hall featured him saying that eight year olds should get their dicks chopped off if they “feel” like they’re trans, which is repulsive to the average person.

On top of that, the Hunter Biden corruption story is officially everywhere now, and is not going away.

On top of that, the Hunter Biden corruption story is officially everywhere now, and is not going away.

That is why there is no way Biden wins now that this is out!

Here is the kicker too, they actually believe by doubling down on the Dumb Russia Nonsense that people are going to buy this crap!

Even the mic volume was louder for the “moderator” comparing to Trump’s. They poison every aspect of this debate, even the “question cards” that these supposed “independents” read off were prepared by nbc.

Funny enough, there was a black lady behind Trump who seemed like an ardent Trump supporter. They seemed to miss that.

Tho despite the heavily-biased setup, this town hall reassured me greatly in the tip-top shape of Trump, both physically and mentally. Trump has made a full recovery from the China virus.

Why did President Trump agree ? He had to know it was a PRO -Biden room with a never- Trumper as moderator .

Because you have to appeal to everyone not just one side in order to make your case! That is what Presidential incumbents and Candidates do.

The problem is though this has come out so late in the Campaign and the MSM and all of Social Media are doubling down on Censoring the story.

President Trump the other day said what it was going to be like, he said it would be a Hatchet Job on him with NBC and Savannah whatever her name is and it was. He knew like we all knew that the thing was designed to be Anti-Trump. He agreed because if he would have backed out then they would have called him a coward or whatever. We have to hope that anyone sitting on the fence who watched that Townhall last night will think how disgusting it was and that it was a Hatchet Job.

NBC had no intention of asking President Trump normal questions, they would have been quite happy to have the entire thing about White Supremacists and QAnon, it was probably only because Trump called them out on that that it moved on, but it only then moved on to them wanting to talk about COVID-19 and masks, it was only later on when Trump at least was allowed to get his points in about the Economy and Jobs.

The Black lady kept nodding her head every time Trump said something, she also gave the thumbs up at the end.

If it had not been a Live Event then NBC probably would have edited her out, they want to give the impression that EVERYONE hates Trump.

What blows my mind is the moron Savannah Guthrie makes $8 million a year.

They are paid very well to push their Propaganda.

That is what Presidential incumbents and Candidates do.

I certain Obama would have endured that bullshit .

they would have called him a coward

What are they calling Slow Joe , hiding in the basement and Limiting questions that his HANDLERS approve of ONLY ? Why has the media asked Joe about all the Hunter deals with foreigners ? Why hasn’t Hunter been charged with violating FARA , Foreign Agent Registration Act, or FARA. ? Where has the integrity in the FBI gone in the last 12 years ? Where has the investigative reporting by "journalist " gone ? Just wondering .

During Obama’s 8 years he systematically removed Patriots and stacked not only the FBI but many top Military positions with Leftists who support The Globalist Agenda and also he managed to stack the DOJ with Obama Loyalists, too many to remove, this is The Swamp and behind the scenes and often in front of the scenes they have worked tooth and nail to undermine President Trump.

Also so many in the MSM have actual connections to the Democrats.

The sheer amount of vested interest is staggering.

They’ve found out who the nodding Black lady was who was agreeing with President Trump. 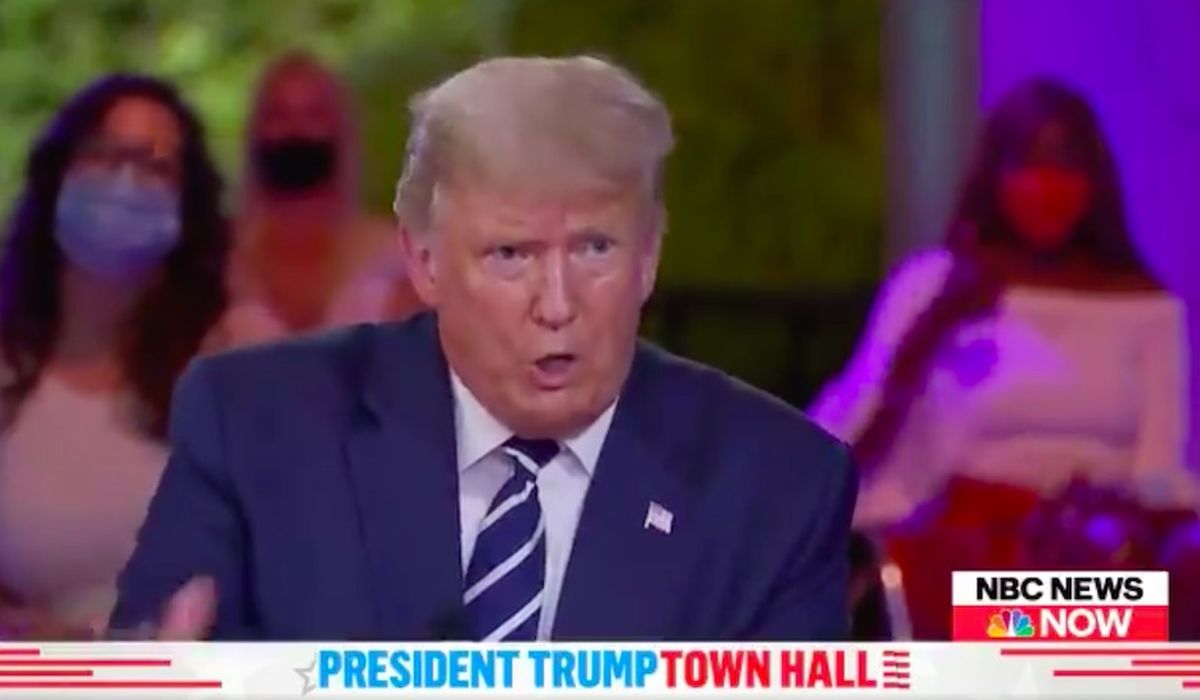 Mayra Joli, AKA #NoddingWoman, enrages left by agreeing with Trump during NBC...

A Black woman who repeatedly nodded in agreement with President Trump during his NBC town hall meeting in Miami Thursday evening enraged the left on social media Thursday night.

They can’t threaten her because that would be racist.

Well you know the racist thing doesn’t apply to them ACCORDING to them.

The situation is it’s the Democrats and other Leftists who are the racists, they have always been the racists. The Democrats the party of Jim Crow, lynchings, the KKK and wanting to keep Slavery legal. It’s the Republicans who throughout history fought ALL of that, something the Democrats and the Propaganda MSM do their best to hide under the carpet.

The other thing is they are fixated on calling Donald Trump a racist, it’s funny they only started calling him a racist when he decided to run against the Democrats and Hillary in 2016, prior to that there is no record at all of Donald Trump being accused of being a racist, it was 2016 when that filthy slur all started.