Trump to declare emergency over wall

President Donald Trump will declare a national emergency to fund his planned border wall with Mexico, the White House says.

He is to sign a border security bill to avert a government shutdown - but also act to bypass Congress and use military funds for the wall, a statement said.

Congress must first pass the bill before it is signed by the president.

Building the wall was a key election promise but Mr Trump has so far been unable to get the necessary funding.

“The President is once again delivering on his promise to build the wall, protect the border, and secure our great country,” White House Press Secretary Sarah Sanders said in a statement on Thursday.

She added he would “take other executive action - including a national emergency - to ensure we stop the national security and humanitarian crisis at the border”.

The compromise legislation includes $1.3bn (£1bn) in funding for border security, including physical barriers, but it does not allot money towards Mr Trump’s wall.

When Mr Trump warned that he might declare a national emergency over his wall earlier this year, some Republicans argued it would only set a dangerous precedent.

Speaking on the Senate floor on Thursday, however, party leader Mr McConnell indicated his support for the move, saying the president was taking action with “whatever tools he can legally use to enhance his efforts to secure the border”.

The Senate has passed the border security bill, which is now expected to go to the House of Representatives by this evening local time.

Speaker of the House Nancy Pelosi has already suggested a legal challenge from Democrats should the president make an emergency declaration.

“We will review our options and prepare to respond to it,” she told reporters on Thursday.

"I know the Republicans have some unease about it, no matter what they say.

“If the president can declare an emergency on something that he has created as an ‘emergency’, an illusion that he wants to convey, then think of what a president with different values can present to the American people.” 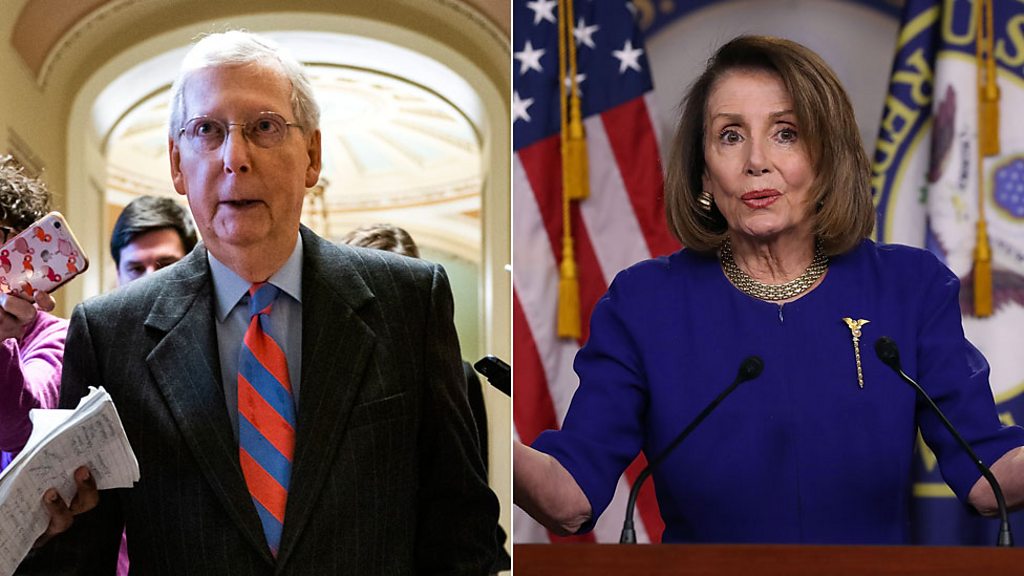 Politicians from main parties sharply criticise plans for emergency powers to fund a wall with Mexico.

“If the president can declare an emergency on something that he has created as an ‘emergency’, an illusion that he wants to convey, then think of what a president with different values can present to the American people.”

What a bitter woman.

Anyway, I’m glad that Trump is doing what he said he’d do. I’m concerned that this passed in the Senate, since it had multiple poison pills. I’m interested to know who voted for it.

Bad move to declare an emergency… it’s all political theater. Not a chance in hell the SCOTUS lets this fly. It doesn’t pass the smell test and would set a standard for future Presidents to declare emergencies for anything they want if it meets the same criteria…

What’s your criteria for judging that? If the senate pass the National Emergency what is the recourse?

She may be a bitter woman. But think about what a future leftist President may declare as a national emergency. Global warming?

Then again, I don’t put it past a future leftist President to break the mold, so to speak. So the heck with it.

At at least it helps, not hurts Americans.

The President is going to declare an emergency AFTER he signs a bipartisan bill. Let me be clearer… he is basically saying that he knows better than congress!

A massive increase in arrests or border crossings in general?

Either way, the congress gave the money they see fit to give based on the holes in border security. Does Ttump know better than congress on the needs at the border?

Perhaps politicians are like you and keep their head in the sand. Or maybe it’s like you, their hatred of Trump.

Hours before the sun rises above the horizon, Border Patrol agents in McAllen, Texas, are examining the streets to track down illegal immigrants attempting to cross what is the most heavily trafficked area along the U.S.-Mexico border.

Just minutes into the first hour of their shift, one agent gets a notification on his radio that multiple groups of illegal immigrants can be seen through infrared scanners. The agents hop out of their vans and cross a pair of train tracks into a wet, dewy field, where they find three illegal immigrants hiding in the bushes – one with an injured foot.

See what your kitchen can be with the help of the inspiring working kitchens and friendly product experts at the Sub-Zero, Wolf, and Cove Showroom.

The agents pull these immigrants to the side of the road for questioning before they are taken in for processing. What complicates the matter is that U.S. officials say detention centers and holding facilities are at capacity, so many of the illegals seen being arrested will be released – there is just nowhere for them to go.

This pattern continued hour after hour as different groups were continually captured, with dozens of illegals being arrested before 9 a.m. During a 12-hour shift in the Rio Grande Valley sector, a Fox News team witnessed more than 75 apprehensions by these Border Patrol agents – mostly groups of men in the morning followed by more families in the afternoon.

Raul Ortiz, who is the deputy chief of Border Patrol agents, called this business as usual – agents are averaging up to 641 arrests every day.

“The family units will be processed and probably will be released after they receive a notice to appear at an immigration hearing date and the unaccompanied children will be turned over to HHS and placed into a shelter,” said Ortiz, adding that in the Rio Grande Valley alone they are seeing a 300 percent increase in family units crossing the border.

An overwhelming majority of illegal immigrants seized are labeled “OTM” or “Other Than Mexican.” These individuals migrate from countries such as Guatemala, Honduras or El Salvador, and they are coming over in record numbers.

More than 16,000 family members were apprehended last month, which is an 80 percent increase since July, when the Trump administration decided to reverse a zero tolerance policy on immigration.

Congress only cares about drug/blood money that flows there way.

Neither side want a shut down, therefore the passage of this spending bill isn’t solely about border security.

McConnell has publicly said passing the bill is about avoiding a shut down: 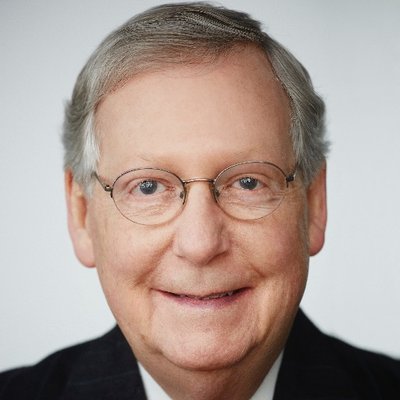 When the Senate votes on the agreement to fund the government, we’ll be voting to avoid a second partial shutdown and provide the certainty of a fully-functioning federal government.

A few months back there was a majority in both houses for border security. You could equally ask, did the minority of democrats really know better than a majority of both houses and the president?

I think the motivations are different in the parties.

Democrats are bleeding hearts and belief that illegals have a right to be here. The also look at the long game amnesty/citizenship for illegals. Illegals will be forever grateful locking the dems in office forever. The same pretty much applies to the fake asylum seekers from Central America.

The GOP look at it as workers for some industries. Cheap labor.

The reality neither party looks are what thy are doing to American citizens, our deficit and the cost of their stupidity.

I can’t argue with this. Blood is on both parties hands.

Only reason “some” repugs are agreeing with Trump is out of political expediency IMO.

Pardon me for assuming you are part of trumps base…but I don’t think that matters to Trump. I think all he cares about is cover for the base.

So here you are, ready to blame Roberts for Trump’s failure to deliver on his promise (never mind the mexico paying for it’ part). That is all he cares about.

Otherwise, he would have worked harder when he had a GOP controlled congress to actually implement this policy. Instead he sat on his hands until he had a boogey man.

Trump is portably the most clever politician in my lifetime. He has kicked things up a notch fo sure.