Trump Says There’s No Indication Iran is Doing Anything

“Donald Trump at war” really is a nutty ride.

Now the guy is saying that Iran is the number one terrorist - but that it isn’t actually doing anything.

As he continues to trade verbal jabs with Tehran, US President Donald Trump issued a fresh barrage of threats on Monday, vowing to meet any provocation with “great force” while calling Iran the ‘number one provocateur of terror.’

“We’ll see what happens, but they’ve been very hostile, they’ve truly been the number one provocateur,” Trump told reporters as he was departing for a campaign rally in Montoursville, Pennsylvania.

Washington has been “very much involved” in the situation with Iran – cranking up sanctions, sending over its military might and threatening war – “because we are trying to help a lot of people out,” Trump said.

As rhetoric between the US and Iranian governments heated up in the last few days, cautious voices have been pointing out the potentially devastating consequences of an all-out war between the US and the Islamic Republic, and the impact it could have on the region, including war-ravaged Iraq.

While neither of the sides appear to favor that prospect, at least publicly, Trump added fuel to his war-mongering rhetoric, promising to fend off any potential provocation from Iran “with great force.”

However, asked if he had a reason to believe that such a provocation is imminent, Trump admitted that there is nothing to suggest that.

“We have no indication that anything is happening or will happen, but if it does, it will be met, obviously, with great force. We’ll have no choice,” Trump said.

Having earlier on Monday refuted media reports that the US is seeking talks with Iran, Trump insisted that the ball is in Tehran’s court and that it is the Islamic Republic that will have to reach out to the US.

“If they call, we will certainly negotiate, but this is going to be up to them. I only want them to call if they are ready, if they are not ready, they don’t have to bother,” the US president said.

This is obviously a lot different than what Mike Pompeo is saying. He’s not only saying that there is an “indication,” he’s saying that he has solid intelligence from the ■■■■ that the Iranians are planning to launch a war on the US - and he’s claiming that Iran was responsible for the Houthis sabotaging ships in Saudi Arabia and a missile being launched into the Green Zone in Iraq. 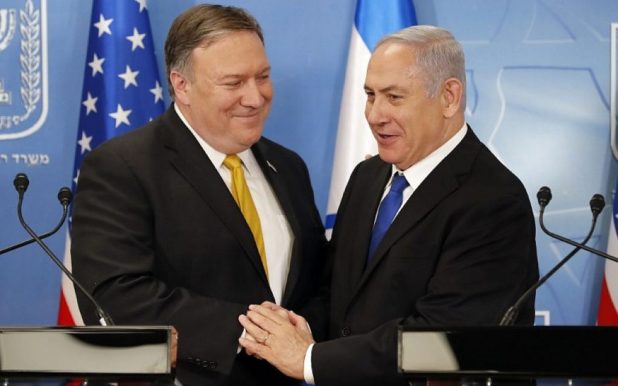 But Trump coming out and saying “no indication of anything”?

I’m starting to think that this isn’t so much a war on Iran as it is a war on the American public.

That said, we are getting leaks saying that Trump knows that John Bolton and Pompeo are trying to bully him or trick him into a war with Iran, and that he doesn’t himself want to do that. I can believe this. But I just can’t believe that he doesn’t have the ability to fire them. Powerless or not - and I believe he is powerless - surely they can’t force him to have these lunatics in his cabinet?

So why not fire them?

Trump is risking going down as the man who destroyed the Western world. I wouldn’t want that on my tombstone.

I wouldn’t want that on my tombstone.

Yeah, he’s not worried because he knows antifa will tear down any and every damn thing ever erected with his name on it.

Ten or fifteen years ago, the media shouted from the rooftops that Iran was, like, five minutes away from developing nuclear weapons. That was why Bush 43 was supposed to go to war with them too.

But now that we’re close to war with Iran for different reasons, nobody seems interested in mentioning that Iran could have nukes by now, if the media reports of ten years ago are to be believed.

RT seriously? No, Trump didn’t say Iran isn’t doing anything. He said currently in reference to Iran attacking the US fleet or closing the Straights of Hormuz we don’t have any indications they are currently making a move to do so.

If you’re going to quote him at least do it accurately and in context and while you’re at it don’t rely on the Russians to prove you anything factual.

Russia’s sole purpose is to try to sow and deepen divides in the US and to protect Iran whom they are and have been closely aligned with for more than 40 years.

There’s no indications that Iran has a working nuke thanks to the sanctions and pressure put on them by GWB and which have been reinstated under Trump.

Umm… look up the words
Proactive
and
Reactive.

Do you think a good leader tends to be proactive or reactive?

Iran isn’t a direct threat to the United States. My hope is that Trump at least shows a little bit of backbone on this. I know that the pressure from his bff BiBi must be a lot for him to deal with but he’s got to be strong. As long as Ivanka doesn’t start crying we might just avoid a full scale shooting war with Iran.

Another brilliant example of complete ignorance of History, economics, and what the gulf region means to the world.

Trump has contradicted his cabinet since day one. Nothing new here.

Iran isn’t a direct threat to the United States.

Exactly, nor did Iraq, Libya, Syria or North Korea. In fact, a Pomeranian has never been a threat to a pit bull.

Trump is running the country, not his cabinet. They are their to advise him and to run their respective departments and agencies as he directs.

One bite from a rabid Pomeranian can kill an elephant, a pit bull, a horse, or almost any other mammal on the planet.

That’s not the only source of pressure on him…

So when Iran was a massive threat and on the verge of nuking everyone and everything during GWB’s first term…what happened? You’d think that nearly 20 years later they’d be a super duper big bad threat to the US, instead of the same marginally non-essential player that they are on the world stage.

Iran was never allowed to complete their research and build a functioning nuke due to the sanctions imposed both by the US and the UN genius.

The sanctions worked and the Obama Administration lifted them.

They then agreed to a nuclear deal that only held them to ten additional years ban on developing nukes but gave them the unrestricted ability to develop advanced delivery systems for their nukes once the ban is lifted.

There program is far enough along that in under two years once they go back into production they can have an extremely dangerous nuclear capability.

Do some actual research and educate yourself on the subject before pontificating further out of ignorance.

Part of me really wants to say, “yeah, can we not do this?” The other part of me says, “screw it”.

If we do go to war with Iran, the casualties will make Iraq look like a fun summer vacation.

If we do go to war with Iran, the casualties will make Iraq look like a fun summer vacation.

And nothing will be accomplished, more wasted US blood and treasure, more hatred of America in Muslim communities, more destabilization of the ME.

23 trillion debt already. And the pro war crowd in America, frightened of every Muslim country in the world, smells blood again.

Almost ten years ago, Admiral Mike Mullen, then Chairman of the Joints Chiefs of Staff, did not identify an adversary nation or terrorist organization as the paramount threat to our country. He stated emphatically: “The most significant threat to our national security is our debt.”

MOST AMERICANS ARE CLUELESS AS TO WHERE OUR REAL THREATS LAY…

turn off FOX and CNN

And the pro war crowd in America, frightened of every Muslim country in the world, smells blood again.

Those who are well versed in world affairs know that we are allied in various ways with various “Muslim countries”. Are you sure you have what it takes to post useful comments on a political forum? 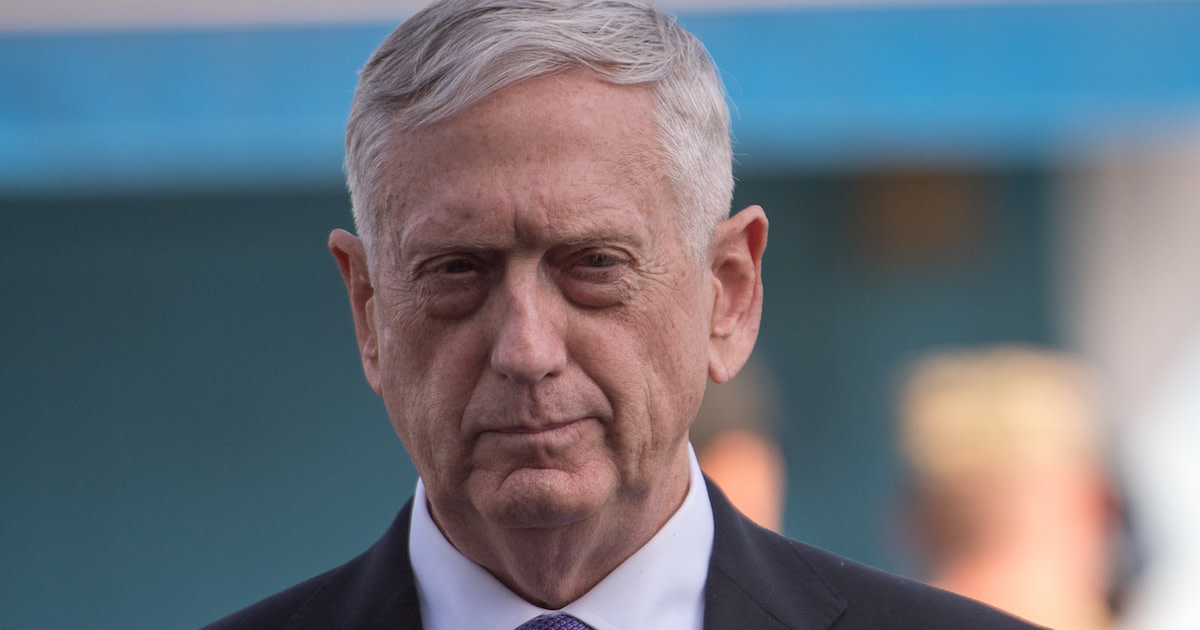 Mattis cautions against war with Iran in first public remarks since leaving...

In what appear to be his first public remarks on U.S. national security since his resignation as Secretary of Defense, retired Marine Gen. James Mattis offered a word of caution to President Donald Trump amid escalating tensions with Iran

No they won’t because there is no need for a land invasion or occupation. All we need to do is reduce their offensive capabilty to dust, destroy their command and control structure and critical infrastructure and if we’re lucky take a few of the Mullahs out while we’re at it.

If the people had not long ago been disarmed the Islamists would have been crushed before you were probably even born.

There is and has been an overwhelming desire by the vast majority of the population to throw of the rule of the Mullahs in favor of establishing a secular democracy for decades.

It can’t happen though because only the Islamists are armed.