Mc Cabe and Comey exonerated, and the FBI had solid ground for opening the investigation and there was no bias. 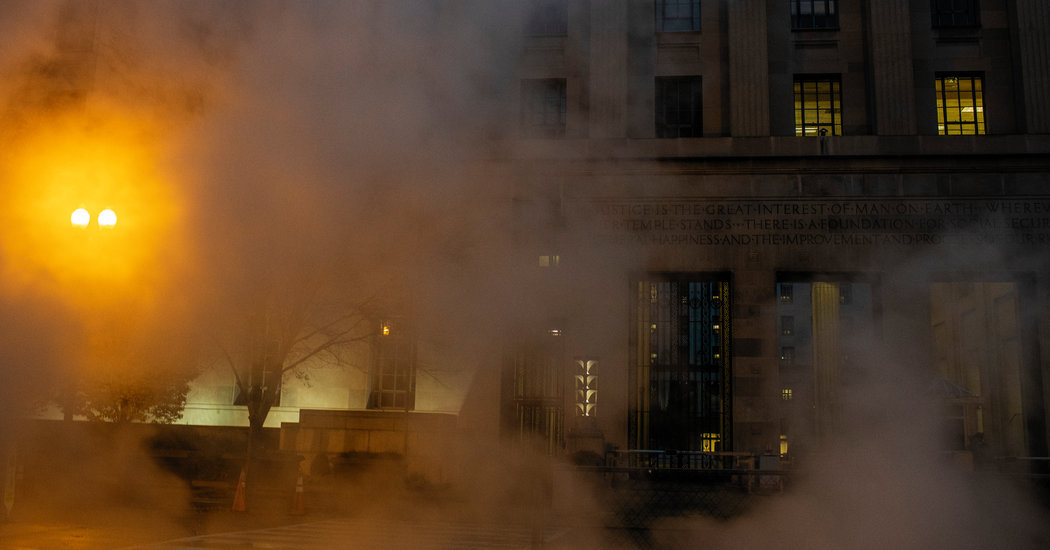 A long-awaited report by the Justice Department’s inspector general delivers a scathing critique of the F.B.I.’s handling of a wiretap application but also punctures many conspiracy theories.

What the fuck are you talking about? This is a LITANY of indictable offences! Remember, the Horowitz report’s job is not to press charges, but identify problem areas. KNOWINGLY USING FALSE INTEL IS A PRETTY FUCKING BIG PROBLEM AREA.

Also, you posted the link to a biased NYT article that is behind a paywall anyway. You don’t even know how to make OPs right.

Here is the link to the report and I recommend that this thread title be changed.

HERE IT IS - LETS GET DIGGING!

Your title is absolutely nothing but pure fake news.

From the IG Report:

In the preparation of the FISA applications to surveil Carter Page, the Crossfire Hurricane team failed to comply with FBI policies, and in so doing fell short of what is rightfully expected from a premier law enforcement agency entrusted with such an intrusive surveillance tool. In light of the significant concerns identified with the Carter Page FISA applications and the other issues described in this report, the OIG today initiated an audit that will further examine the FBI’s compliance with the Woods Procedures in FISA applications that target U.S. persons in both counterintelligence and counterterrorism investigations.

I post in a few different places as my moods and interests dictate.

And I forget if I posted it here or elsewhere that the word from Rush and from Sean Hannity was NOT to expect much from the Horowitz report.

The one to watch for is the (Bull) Durham report which should be presented iinm, before Christmas.

Here is another hot take from the report that your bullshit fake news organization forgot to mention.

We are deeply concerned that so many basic and fundamental errors were made by three separate, hand-picked investigative teams; on one of the most sensitive FBI investigations; after the matter had been briefed to the highest levels within the FBI; even though the information sought through use of FISA authority related so closely to an ongoing presidential campaign; and even though those involved with the investigation knew that their actions were likely to be subjected to close scrutiny. We believe this circumstance reflects a failure not just by those who prepared the FISA applications, but also by the managers and supervisors in the Crossfire Hurricane chain of command, including FBI senior officials who were briefed as the investigation progressed.

Instead of regurgitating what the left-wing biased New York Times crams down your throat why don’t you just try reading the damn report for yourself.

I guess you missed the fact that this report DIRECTLY spells out that the FISA court was misled both during and after the fact, and that there was no proper legal basis for the violation of Trump campaign members’ civil liberties.

Also, the IG doesn’t belong to Trump. As others have noted your title is incredibly bad. IGs are an independent investigative body required by all federal agencies to be in place.

the FBI had solid ground for opening the investigation and there was no bias.

Not according to everyone who has read the report so far.

The direct quotes from the report that are in this thread disprove what the New York Times is saying, wouldn’t you agree?

Durham came out with an official statement:

“I have the utmost respect for the mission of the Office of Inspector General and the comprehensive work that went into the report prepared by Mr. Horowitz and his staff. However, our investigation is not limited to developing information from within component parts of the Justice Department. Our investigation has included developing information from other persons and entities, both in the U.S. and outside of the U.S. Based on the evidence collected to date, and while our investigation is ongoing, last month we advised the Inspector General that we do not agree with some of the report’s conclusions as to predication and how the FBI case was opened.”

Mc Cabe and Comey exonerated, and the FBI had solid ground for opening the investigation and there was no bias.

IMO, this is a classic example of why the country is so divided.

If the report were read with objectivity there may be some points worth debating. But, honesty and objectivity would be required for that on both sides.

Instead, there are just people who’ve made up their minds and don’t care about the facts as long as it satisfies the results they are looking for.

What a sad state of affairs.

Durham came out with an official statement:

If you follow sports, you may notice that when a referee makes a ruling on a play or game or an outcome is contrary to the way the events have gone up til then, the result is an explosion of outrage from the fans.

The Dems and Libs are only following the Left biased news. So, those people are following these ongoing developments with great interest.

But they are being led to believe things which are just not so.

And so, I ask you to opine on what the reaction of the Left will be when the facts are presented which exonerate the President?

Will it be a surprise or a shock to them?

Will they take the outcome in stride?

And if they don’t deal with it well, who do you believe has orchestrated this whole scenario?

And so, I ask you to opine on what the reaction of the Left will be when the facts are presented which exonerate the President?

Will it be a surprise or a shock to them?

Will they take the outcome in stride?

And if they don’t deal with it well, who do you believe has orchestrated this whole scenario?

I believe the answers are self evident as displayed throughout the inquiry.

I also think the independents, moderate democrats and minorities are starting to see that the democrat party isn’t quite what they’d like to tie their future to.

The truth always makes itself known. Sometimes? It just takes more time than we’d like.

In July of 2016, Peter Strzok opened a counterintel investigation into Trump’s camp dubbed “Crossfire Hurricane” on suspicions (based on no evidence) that the Russians had infiltrated Trump’s circle.

The FBI never even gave Trump’s camp a proper briefing warning him about a possible infiltration. 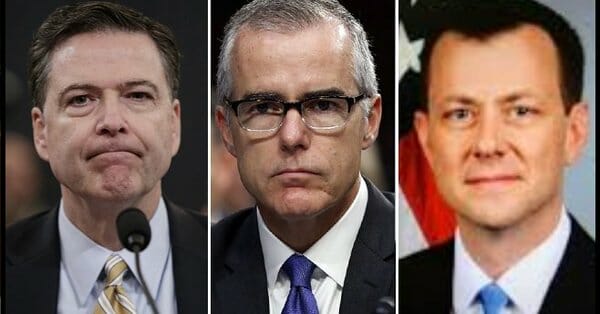 Comey, McCabe, Strzok The DOJ Inspector General Michael Horowitz finally released his report on FISA abuses on Monday. The report revealed what we knew to be true all along — the FBI defrauded the FISA court and purposely omitted exculpatory...

This is Monte trying to spin more fake news BS, all of this before the SHTF! Pretty pathetic on his part!

Yep! Which says to me there are indictments coming soon!

This is Monte trying to spin more fake news BS, all of this before the SHTF!

Think about this for one moment: It is not fake to him. Now what?

Oh I am well aware of Monte’s self inflicted illness of TDS, the ink hasn’t had time to dry and here he is not only making a fool out of himself but revealing not an ounce of humility to offer anything in the way of intellectual discourse, but spreading misinformation as fast as he can.

I am still reading this thing and will have to offer my views a little later on this, but so far it does not look good for the usual suspects.

He posted the link within minutes of it coming out. No way he read or understood anything.

Yeah, that is putting it mildly! The thing is over 600 pages, and I still haven’t completely finished downloading it yet. Holy cow dung! This is going to take a while to read!