This was an excellent monologue by Tucker Carlson last night and is spot on. The CIA specifically is being called out for their arrogance and the time has come that the agency is neutered. They have gotten too powerful and are not working in the interest of the American people. In other words serious reform is needed to insure that the Clapper’s and Brennens don’t try to subvert the intelligence agencies again. Tucker does an excellent job in pointing out the many failures of the CIA over a long period of years, which leads to another question: If the CIA is failing to do its job then why do we need the agency in the first place? The reality is, and to quote Ann Coulter is more than likely the impetus of this entire farce of Mulleresqe Impeachment nonsense. Its not only the CIA, the entire intelligence community including the FBI that think they are above the law and not accountable to the American Tax payer, who ultimately pay their salaries.

"HOW ELSE CAN YOU EXPLAIN THAT, UNLESS TRUMP WAS COLLUDING WITH RUSSIA?

I can explain it.

Perhaps Downer is always completely oblivious to international news. Perhaps he spends too much time drinking with 28-year-olds.

Trump’s phone call with the prime minister of Australia, released this week, suggests that we just might get to the bottom of the big Alexander Downer tipoff – the FBI’s latest cover story.

Now you know why all of official Washington, D.C., is screaming: [IMPEACH] They don’t want you to find out that America’s “premiere law enforcement agency” tried to throw a presidential election and destroy a presidency." This was a great segment. I hadn’t really thought about how much of an abysmal failure the intelligence community, particularly the CIA, has been since their creation - but when it all gets laid out like that it’s hard to deny. What pisses me off is that we don’t know how much they cost us year after year. We also don’t know what they are spending OUR money on and why. We always get to know what the defense budget is, but never the intelligence budget

The CIA is largely responsible for the Iraq war with their mis information on WMD’s. The left and media deflect and blame Bush yet it was the CIA who provided the intelligence, (if that’s what you call it) to Bush.

Strange how the left and media cover up their mistakes.

This is but 1 example.

On this segment where Tucker talks about Schumer and Phillip Mudd threatening Trump about the revenge the intelligence agencies would take on him…something weird happened.

All clips on YouTube have been cut to 2 secs and the Mudd interview is completely gone on CNN.

I guess the IC didn’t like someone calling them out.

I hope Trump obliterates these disloyal spooks. Any one of them that goes against the President for political purposes should have their covers immediately blown and disclosed to the public. Let that happen once or twice and watch this shit grind to a halt.

The CIA is also responsible for destroying a perfectly democratic state which turned Iran into what it is today! A theocratic totalitarianism state! Like I said, the time is coming soon that the CIA has run its course of being useful, and even that is questionable! For all that has been done the CIA has practically gone rogue at this point and going back to status quo once the dust finally settles is not going to be acceptable anymore! They know this, as they have reached a point they can not return!

I had to deal with the IC plenty when I was Active Duty. I’ve got no respect for those wannabe assholes. They try to act all tough and then they go sit in their tents and look at computers all day. The majority of their “work” involves sending emails to one another and kissing ass to promote. If you want to be surrounded by inept fat sassy black women, homosexuals, and holier than thou Muslims - join the CIA. They are useless.

Lol, the CIA is static, presidents come and go. Trump is an anomaly and will be gone soon.

They may not be so static if the American people found out just how inept and retarded the CIA actually is. They would be also be pissed if they knew how many private companies are making bank off the intel gravy train. Sad thing is the only intel officers worth a shit were the contract ones.

Trump is an anomaly and will be gone soon.

Wishful thinking and your TDS kicking in yet again!

I can tell you stories, but yeah! You nailed it exactly! I like slapping that black ass!

The CIA is largely responsible for the Iraq war with their mis information on WMD’s.

I agree with Dr. Manhattan that these bureaucrats need to be fought tooth and claw and I admire Trump having the courage to fight them. Nobody else in Washington has the guts.

However, when it comes to Iraq, don’t forget that Rumsfeld set up his own intelligence shop in the DIA, getting conned by Chalabi and his scammers. I think that they dreamed that Chalabi would become the new leader of Iraq and that was part of their rationale for invading. I don’t excuse the CIA but they weren’t the main driver for the Iraq invasion, at least as far as I know from afar.

It will be kicking and screaming while trying to burning the house down…doing Putin’s bidding as usual.

Ever hear of the Church committee, and Frank Church’s warning to the American people. How about the CIA’s involvement in the overthrow of so many countries around the world over the last 70 years that gets defended on this forum every time I mention it. Suddenly now that the CIA allegedly is a threat to the red hatter, they are the worst thing to ever happen and must be exposed and eliminated. You guys are funny.

It’s only red hatters to you because you don’t like the people calling you out on your bullshit you post daily! Funny how you love to show up in the threads I create? Afraid to create your own?

Here is something interesting about Phillip Mudd! 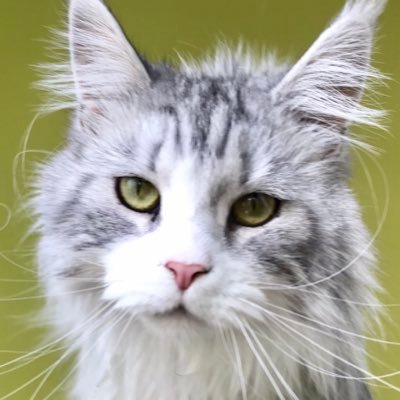 Oh…Tucker Carlson. I wonder if boot was an acquired taste for him, or if he liked it on the first lick.

There were numerous reasons for the Iraqi war. Brought to congress was the CIA disinformation on WMD’s.

Preppy Tucker representing the Trump base is an oxymoron of hilarity.