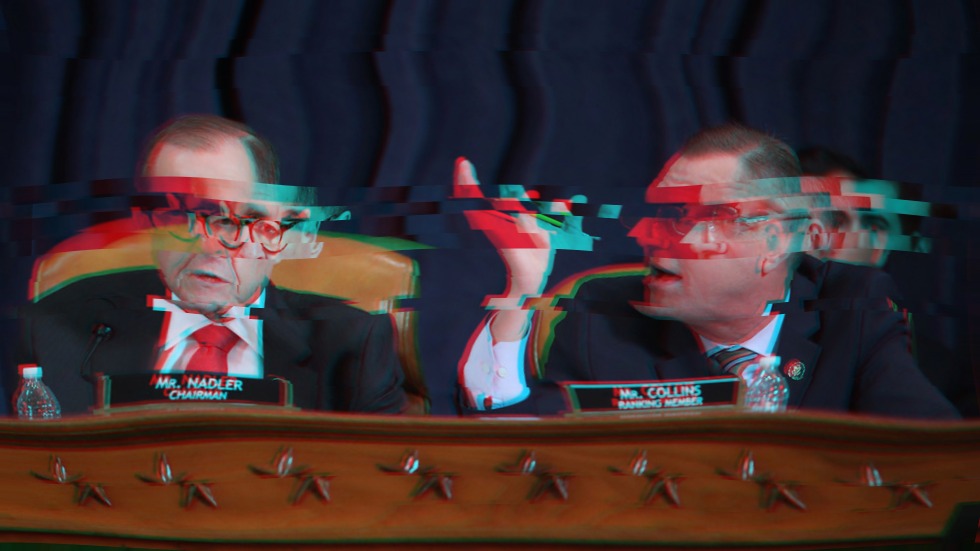 The Congressional Judiciary Committee has approved impeachment charges against President Donald Trump, with lawmakers largely sticking with their parties. The process could now advance to a full House vote as early as next week.

After debating two articles of impeachment in a heated session on Thursday, the committee voted to approve them.

A Republican amendment brought by Ohio Representative Jim Jordan to strike down the “abuse of power” charge was rejected by the judiciary committee earlier on Thursday after hours of debate, while Matt Gaetz, a Florida Republican, tried and failed to insert a reference to former Vice President Joe Biden’s son, Hunter, into the articles. Two additional GOP amendments were also shot down by the committee, one modifying the language of the articles, the other eliminating the “obstruction of Congress” charge entirely.

Over the course of the debate, Republicans argued it was the Democrats, not the president, who obstructed justice by refusing the GOP minority its own set of hearings in which it could call its own witnesses. Democrats say they invited President Trump to the hearing, where he could present his case, but the offer was turned down by the White House.

The Democrat-controlled House launched the impeachment inquiry in late September after a White House whistleblower came forward with allegations of corruption linked a July phone call between President Trump and his Ukrainian counterpart, Volodymyr Zelensky. The whistleblower complaint – quickly seized upon by Democrats – charged that Trump tried to exploit US military aid in order to coerce Zelensky to open an investigation into Biden and the Ukrainian gas firm that hired his son. 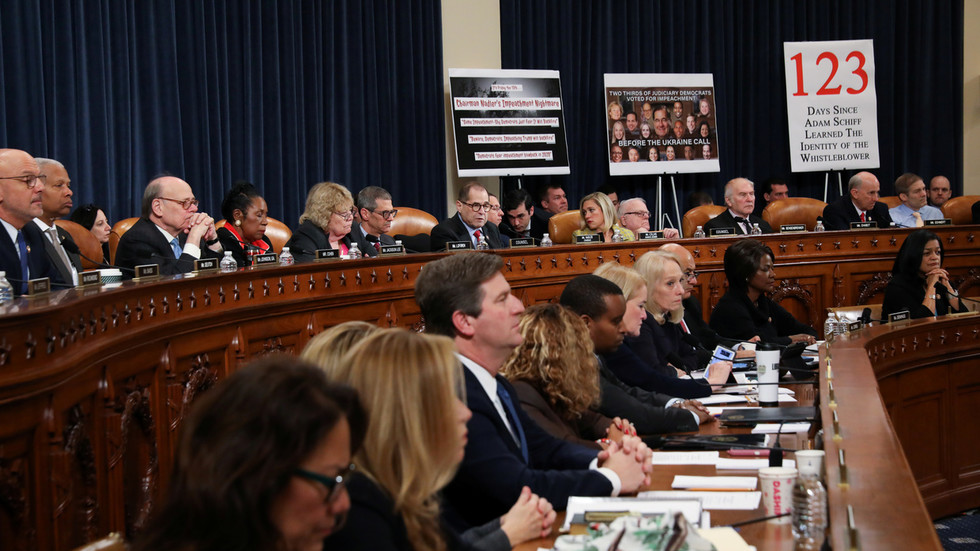 The House Judiciary Committee has approved impeachment charges against President Donald Trump with a vote strictly along party lines. The process is expected to advance to a full House vote next week.

Just in time for the start of Hanukkah.

There was never a question the day the democrats took the house.

Americans will once again discover as they did with the election of Obama, elections have consequences.

I see that these traitors want to keep attacking our duly elected president and the people. This is going to be a decision that they regret for decades. People will refer back to this decision in the future of 21st century American politics and refer to it as the dumbest political move ever. There will be payback for this.

This is all to protect Obama and Biden. It’s so painfully obvious.

Interesting enough they claim to be the educated part of the population yet cannot listen to other opinions.

Really? They know this is all garbage and they are trying to undo an election they didn’t win.

This is what Democrats do. The push forward Articles of Impeachment every time they lose to a Republican. They have done this to every Republican president since Eisenhower (except for Ford due to how he got into office).

I think Republicans are spineless little bitches for taking this shit for DECADES and your comment seems to justify my line of thinking.

Cool. Then we must obstruct and protest in the streets the moment a Democrat becomes POTUS and demand his impeachment. The precedent has been set, no crime needs to be committed, we simply need to hate him and claim we are just doing what’s right for the country.

Interesting enough they claim to be the educated part of the population yet cannot listen to other opinions.

SO NOW Trump is supposed to be impeached for Abuse of Power?

Trump has turned out to be the weakest president since Jimmy Cahtuh (who as I recall had his UN Ambassador voting contrary to to his wishes, who couldn’t invade Iran after they invaded our embassy there, who let the Ah Done Tol Yuh take over and oust the Pshaw, our ally). I refer to Trump’s weakness in taking charge of the Executive Branch and not standing up to the courts, not getting the wall built, and collapsing before Nancy Pelosi on a government shutdown).

The Abuse of Power has been from FBI, Justice Dept w/ its mule, and the rest of the Deep State Executive Branch. Trump has weakly stood aside and watched as his Trumpmen have homes invaded by swat teams and had his own supporters thrown in jail, even his personal attorney. The Abuse of Power has been from Nancy & Schifft, holding Kangaroo Court hearings, not letting his side call witnesses, displaying hearsay & supposition. Why wasn’t Rosenstein out on his ass?

Abuse of Power is nonsense. Many of us wish that President Trump had exerted power. Didn’t we elect him to drain the swamp kick ass? Didn’t we elect him to put up a super wall and stop the invasion? But he has not. Low on the power scale. AND…he has empowered the forces destroying the USA. Oh - and he just put another gay quota judge on the bench. Fuck Trump.

Impeachment will become the new tool to show displeasure with a president.

The party that controls the house will win.

It’s their perception and belief.

Has nothing to do with anything except getting rid of Trump.

They fail to realize that the new standard is being set today on how to deal with a president you dislike.

When this goes before the House , Dem Reps in districts that Trump won will have a big election year decision to make. How many will vote against impeachment???
This SHAM impeachment was started the second Trump won the election with the cooperation of the Leftist media.
The Senate will not find Trump guily.The Dem Reps better have the resumes ready after the election.

This is all to protect Obama and Biden. It’s so painfully obvious.

How’s that? If Obama and Biden did something wrong? Investigate and prosecute.

Remember when Ken Star was appointed to investigate a real estate crime on the Clinton’s, and he was impeached for lying about a blow job.

Do you remember Lindsey Graham declaring at the time that no crime had to be committed to be impeached?

Do you remember when Lindsey Graham declared that Nixon was impeachable the day he defied congressional subpoenas?

ROTFLMAO not in a million years regardless of the crimes.

We all remember the snowflake meltdowns; so as I said before; when Trump is reelected, I expect mass suicide. Trump will not be impeached; so best to move on to more important matters. You heard it from me. It would take an Act of God to impeach Trump; and since God has abandoned our Liberals, well

MAYBE IT’S BECAUSE I’M AN INDEPENDENT.

I find both parties reprehensible including people like yourself who lack the understanding of how the left works.

One thing I have noticed is the right has finally coalesced into 1 group to fight the lefts attempt to over throw this legal government.

Trump will not be impeached

Technically, he may be impeached.

The House may impeach him.

That is equivalent to an indictment. Since the hate filled Democrat Party controls the House, impeachment is likely.

However, it is unlikely that the Senate will convict him.

Therefore, the House impeachment of Trump will not remove him from office.