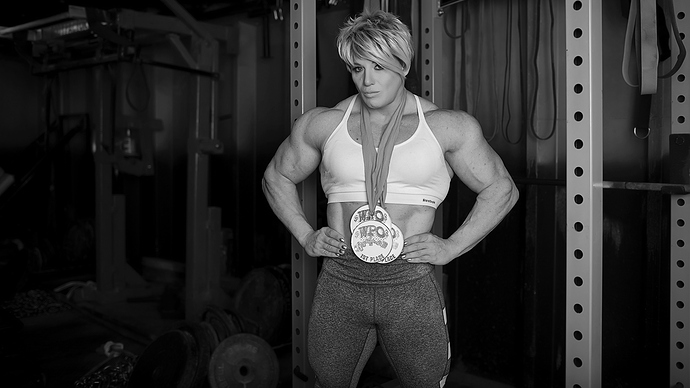 Yes, a women could very well become a construction worker but it doesn’t change the fact that it’s man who will dominate in that lane simply because the way a man’s body is created. You cannot change biology and it is proven hundreds of times over that the capacity of a man’s strength will always surpass the capacity of a women’s strength. This doesn’t mean that women are better than men or men are better than women, it simply means that we were created differently and we are different. I believe it’s important to understand that the body of a man is very different from the body of a women, especially when we’re talking about sports.

For as a long as women began to compete in sports like weight lifting, baseball, basketball, track, or even participate in the Olympics it was clear that women and men were to be separated. This has been the case for several years and because of that women have earned countless awards, medals, and have broken world records in their respected fields. Men have also done the same against other men in their respected fields. Unfortunately it seems like women won’t be succeeding or winning in sports any longer if nothing is done about the rising problem. Men who claim to be born in the wrong body and are now Identifying as a women are wrestling, running, swimming, and out-sporting women in all fields. Not only are they destroying women sport but they’re robbing medals, awards, and world records that women have acquired through sheer talent and hard work.

Example, Mary Gregory who only recently came out as transgender celebrated a huge win on an Instagram post after breaking multiple records previously held by women in just one day.

“As a transgender lifter I was unsure what to expect going into this meet and everyone — all the spotters, loaders, referees, staff, meet director, all made me welcome and treated me as just another female lifter.”

Gregory is having a good day but I wonder how those women who trained weekly, competed for years, and worked hard to break those records feel right now. Imagine waking up to find out that a Man who just recently became a Transgender women came and swooped up all their hard work in one single day, that really must suck. It’s okay though let’s continue to rob women of sports and their hard work because the world want’s to ignore biology and facts in the name of inclusion. Not everyone was feeling inclusive over Gregory’s wins, Former British Olympic swimmer Sharron Davies, who won a Silver Medal in the 1980 Summer Olympics was not happy at all. “Male body with male physiology” and that a “woman with female biology cannot compete. It’s a pointless, unfair playing field” said Sharron.

Gregory isn’t the only one and professional competition isn’t the only fields that this is taken place in if that’s what you were thinking. Young women in high school are also facing these issues as the problem has trickled itself down to College and High school Sports. At the State Championships for Girls two Transgender high school sophomores Terry Miller and Andraya Yearwood came in first and second place, in the 100-meter race winning the top prizes at the State Open Finals June 4th. Currently there are 17 states which allow transgender high school athletes to compete without restrictions, according to Transathlete. Fallon Fox one of the most known transgender female fighters in the world, former MMA fighter, broke the skull of her natural-born women opponent Taika Brents. 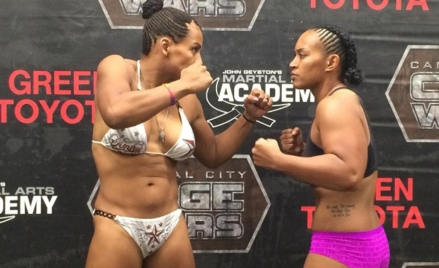 Women have had to fight several battles in society all through out history to be where they are today in America. To be a women who works hard, provides, and is an amazing mother is well applauded …

Professional female athletes need to band together and put an end to this madness.

Parents need to get involved at the high school level and the girls need to stand up for themselves by refusing to participate in any events that allow a male into the sport. Especially when it could be physically dangerous such as wrestling. I would not want my teenage girl to suffer a broken neck or back because backlash against speaking out is more important than my child’s safety. 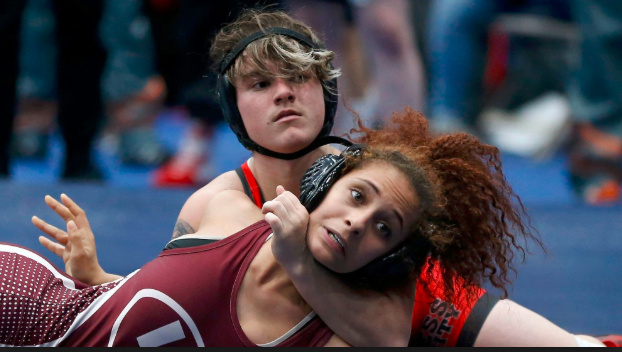 At some point women are going to need to come together and kick these freaks of nature out of their sports. Any strange trans sicko who has broken a record should have that record struck.

On the upside, if this keeps happening women’s sports events are going to be worth the ticket price!

The reality is it’s a man in drag competing against women. It’s not ok. It’s a place second rate male athletes can compete and “win.” Political inclusion and correctness is actually hurting people.

They aren’t freaks of nature, but of insanity … and more and more they’re going to be freaks of NURTURE as Leftwing idiot “parents” do their worst to undermine their boys.

What is the deal with so many trannies being literally everywhere now? This wasn’t a thing even 10 years ago. Why did this insanity blow up so much, what is the purpose of it and how do we do something about it. To any trannies or sympathizers lurking here, explain yourself.

Have you noticed there are no transvestites any more?

People wonder why we are making a comeback… 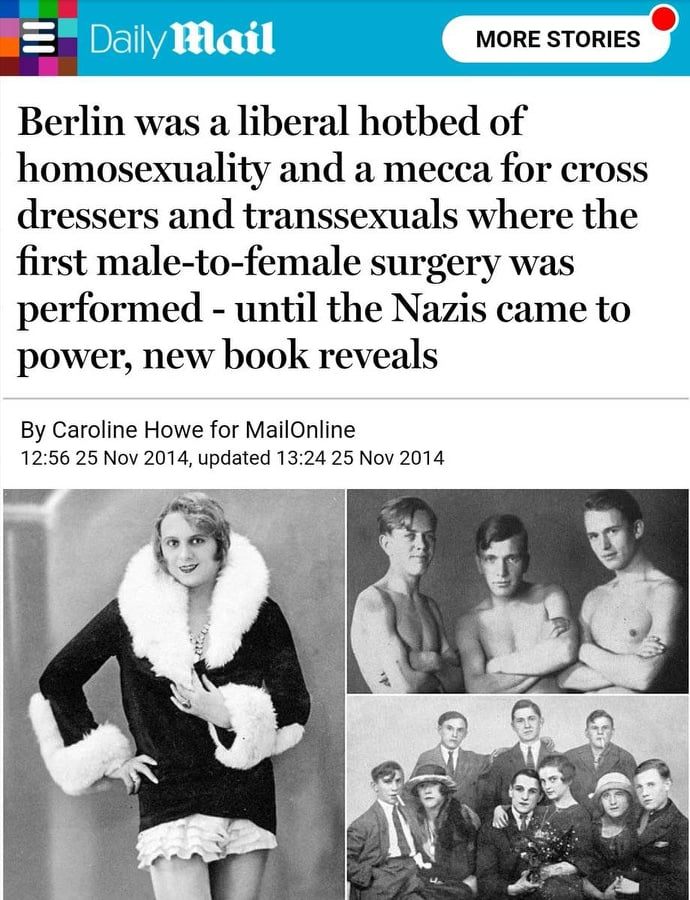 Lib women will soon be putting themselves into a self induced coma to avoid facing the obvious lie they have been telling.

well until a CIS woman dies , only then will they take it seriously

Don’t even use their terminology.

If you’ve got to be specific say “real woman” or “an actual woman” because that is implicit in rejecting the unreal and the not actually.

Don’t even use their terminology.

If you’ve got to be specific say “real woman” or “an actual woman” because that is implicit in rejecting the unreal and the not actually.

you know Rurudyne, its getting to the point where I agree Im going to stop using their terminology, they are not real women, I know Ive actually been given shit and had my balls broken over saying I want to meet a CIS woman on a dating site, and the trans and the their supporters are out breaking my balls over it

You cant even say you want to meet a CIS woman only ( Real women) without offending someone.

Poofters and their rabid champions are on the rise, so to speak, because they’re seemingly in a Romans 1:18-32 condition having rejected the knowledge of God (particularly that He is Holy, Holy, Holy) and have worshipped at the altars of human wisdom and mealy mouthed self approving “kindness” of socialist thought.

Yes, the bunch you reference was more manly than these; however, substituting their own forms of Christ rejecting heathenism, however manly, in place of rampant perversions and moral corruption as the NAZIs ultimately did isn’t a solution, just as rejecting capitalism for any iteration of socialist ideology isn’t a solution.

Poor libs are so easy to confuse.