Traitor woman wants to come back to America

May I just say… Fuck you!

You say “oh I was only 19 and didnt know”.
Our soldiers and those of our allies that are 19 know. Your support made it easier for your fuck buddies to kill our friends. No. You cannot be trusted. Your judgement is bad. Find some other place.

Nope. Rescind her citizenship and send a drone after her. It’s too bad when Obama was using drones to kill American citizens over there that he didn’t get this one.

Speaking of Obongo…she should have made this decision when that traitor was still President. He probably would have awareded her with the Presidential Medal of Freedom. It’s not going to happen while Trump is President. Let her have her fun with ISIS. Hopefully she gets sniped.

No way under any circumstance. Embrace the cultural values you have chosen.

What the hell is this crap? We don’t negotiate with terrorists. Period. She made her bed, time for her to sleep in it.

ha, too funny, I would post her story on the net and allow other sources to pick it up and if ISIS comes after her so be it.

I hope Trump will not allow this traitor back, you made your bed you have to sleep on it, time to take responsibility for your actions

If she wants to make amends strap a bomb on and blow up an ISIS stronghold.

Other than that, you’re on your own cupcake.

The plea from Hoda Muthana, 24, comes following her recent escape from ISIS and capture by Kurdish forces. She is being held in a refugee camp in northeast Syria and told The Guardian in an interview that her last four years with the terrorist group have been a traumatizing experience where “we starved and we literally ate grass."

Welcome to the “green deal”. Honestly, did she think she’d be treated like a princess?

Out of the fire into the frying pan?

Guess her parent’s don’t seem so strict now in hindsight.

Parents: “take out the trash and finish your homework before you can go to the dance”

Isis husband: "take those body parts out of here and finish digging the graves of our martyrs before you go looking for an unpolluted water well.

The newspaper says Muthana, during her time with ISIS, lived in their once-stronghold of Raqqa and was “married” to jihadists from Australia, Tunisia, and Syria – the first two of which have been killed in battle.
Muthana now has an 18-month-old son from one of her ISIS marriages. In her interview with The Guardian, Muthana also claims her parents were too strict on her in her upbringing, a factor that she says contributed to her decision to defect to ISIS.

So I guess that she had her fair share of “cultural enrichment”; yet that didnt stop her from blaming others.

It’s okay tho, I forgive her for what she had said and done in the past. Tho I still think that she should stayed there.

So the ISIS bride from Alabama who urged people to drive pick-up trucks into crowds on Veterans Day wants to come back to the US…ok…in exchange she gets dropped off in a dark alley with two dozen wounded warriors with no police around for miles.

Wounded warriors would be more likely to take a person like this under their wing and be the type of guardians and mentors she can look up to and never forget.

It is unfortunate that she threw her life away at such a young age and for such misguided reasons. No doubt she has learned she is nothing more than a piece of meat to be passed around on a nightly basis.

She could be a powerful voice but the lib machine wants to drown out people like her. So she will be destined to lie in the bed she made.

or how do we know its not a ruse just to get back to America and for her to recruit new members?

it’s too convenient that she all of sudden realizes the errors in her ways?

Geeze, Max. Thanks for putting a crack into my rose colored glasses

Geeze, Max. Thanks for putting a crack into my rose colored glasses

As my Granny would say, “you made your bed deary, now lie in it.”

May I just say… Fuck you!

You say “oh I was only 19 and didnt know”.
Our soldiers and those of our allies that are 19 know. Your support made it easier for your fuck buddies to kill our friends. No. You cannot be trusted. Your judgement is bad. Find some other place.

Bring her back and try her for treason.
If she’s found guilty, execute her.

100% correct. Her words mean nothing, she is intent on harm and jihad. 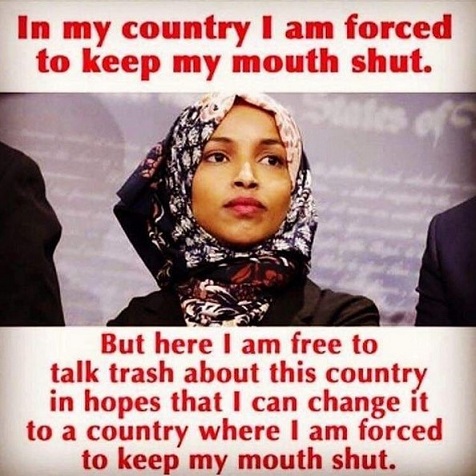