Traitor woman wants to come back to America

Our Government did right for a change. wait a sec, the British government stripped someone of their citizenship for joining ISIS?

Oh man, that is wonderful news and give me hope for Britain and hopefully the rest of the free speaking world takes notice

Why would she want to come back to such fucked up racist bigoted place called America?

Don’t get too excited. The Brits think they can re-educate ISIS fighters that the Kurds a
re now holding.

Don’t get too excited. The Brits think they can re-educate ISIS fighters that the Kurds a
re now holding.

Can you please provide links/ proof?

wait a sec, the British government stripped someone of their citizenship for joining ISIS?

That’s right and it will happen to all of them.

I was a bit off. The UK will prosecute…Germany will re-educate.

On Friday, UK Home Secretary Sajid Javid said Britain will “not hesitate” to prevent the return of IS fighters to the UK, but those who make it back will be investigated and potentially prosecuted.

Mr. Trump’s tweets come days after a British teenager, who joined IS in 2015, said she wants to return home after falling pregnant.

Shamima Begum traveled from London to Syria with two of her classmates when she was 15 to join the caliphate. Now 19, she told The Times that she had no regrets about going to Syria but that she wanted to come home “to have my child.” On Saturday, her family’s lawyer announced Ms. Begum had given birth to her third child.

Meanwhile, the German Interior Ministry said Sunday that citizens suspected of fighting for IS have the right to return to Germany.

Spokeswoman Susanna Hartung added that an individual risk assessment is made for each person.

About 1,050 people are known by Germany security authorities to have left for Syria and Iraq since 2013 “in order to join the side of terrorist groups,” the Interior Ministry said. One third, it added, have already returned to Germany, and wherever possible, “the German authorities are trying to deradicalize returnees.” 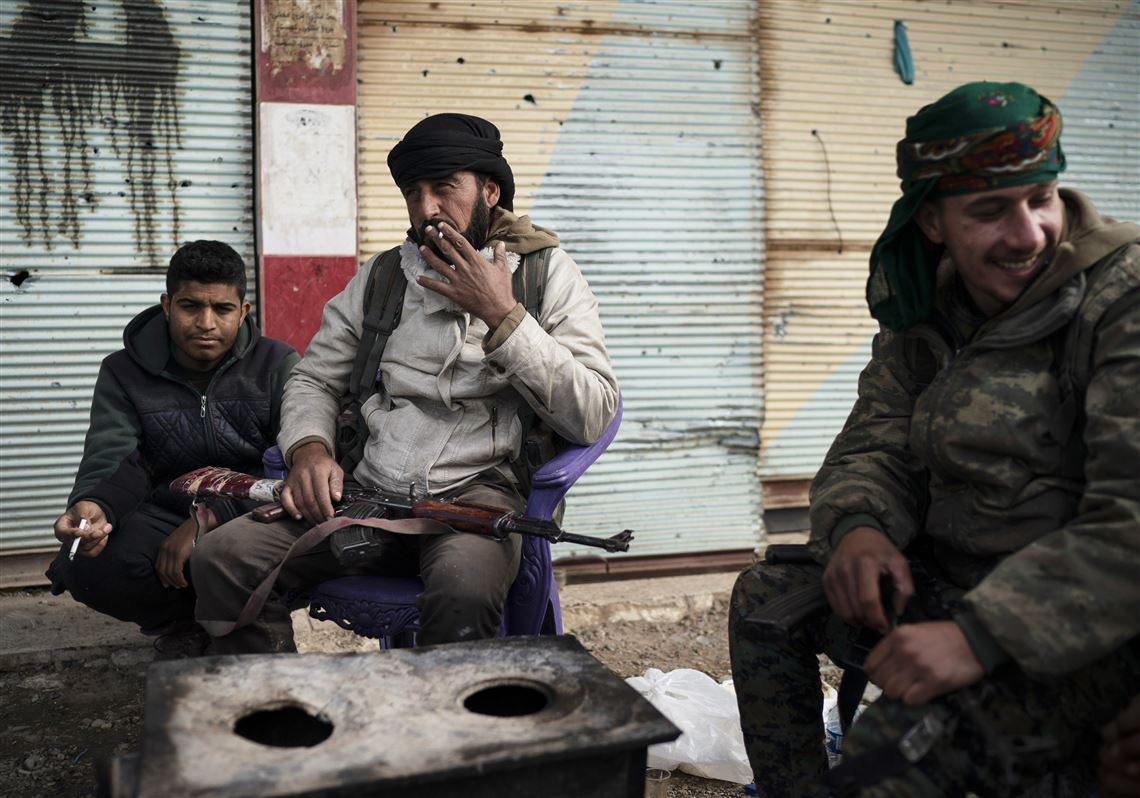 I would not put a lot of trust in potential prosecutions. They need a UK version of Gitmo. 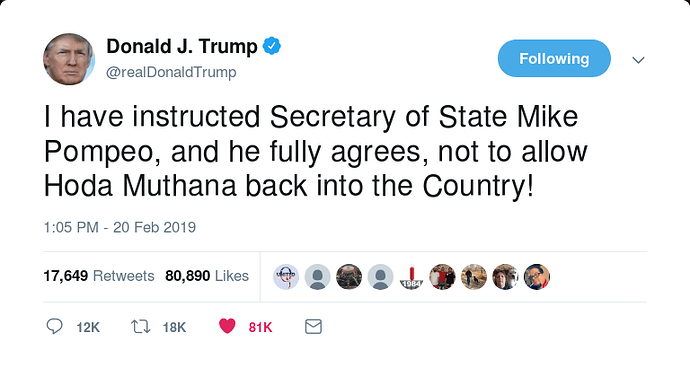 Now, if the GOP had half a brain, they would use this story as living proof that the grass isn’t greener and being an American in America is exceptional. A reason to fight for all that we stand for and not to let what we don’t stand for wear away the fabric of who we are. 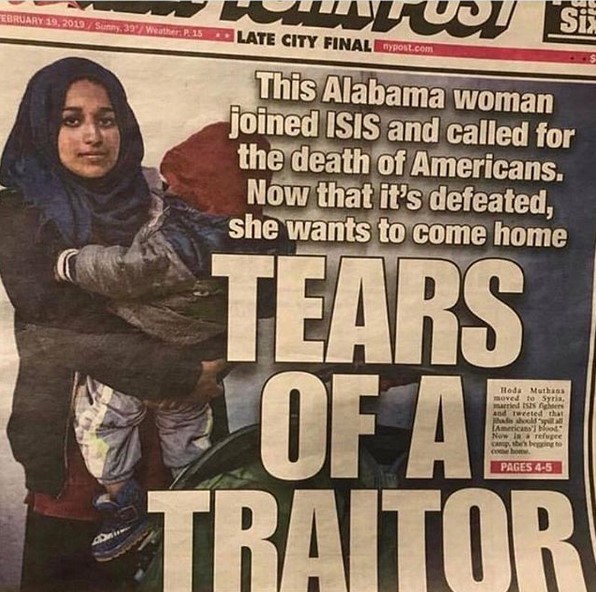 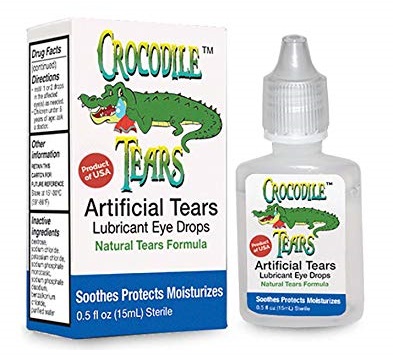 Of course the Democrats wants her to come home, who knows maybe she will be a future V.P candidate

Congress woman for sure.

She’s wanting forgiveness, but…I have a hard time trusting her. Something tells me she’s either really naive, or she’s double-crossing the U.S. Either way, I don’t think she should be allowed to come back, unless she’s being tried for treason.

That said, I do feel for her. She has a baby that she had with one of the ISIS members. She and her child might be stateless now, given that her citizenship to the U.S. has been revoked, and we don’t know the status of her citizenship in Syria. She has no where to go; women are second class citizens in her resident country. Women who are in this situation usually turn to prostitution but…Syria being a part of the Muslim Brotherhood, prostitutes are killed. (yet the same men use prostitutes, so they are hypocrites).

Perhaps a country in Europe might accept her? But for now, she is really up a creek.

I say too bad send the bitch back to syria, she made her bed now go sleep in it

We have to take responsibility for our actions, If I whacked someone, I cannot ask or expect the court to forgive me , they have a duty or responsibility to punish me.

This woman threatened American lives and was part of an organization that kills Americans so she has child or two and now that her whack job Aussie husband is dead and ISIS is losing she wants to come back?

Dont let her back in , send her back to Syria and forget about the bitch.

Let her work in the Syrian war refugee camps serving the people that her ISIS asshole husbands displaced.

Is that you Soloman?
What a just and perfect idea! 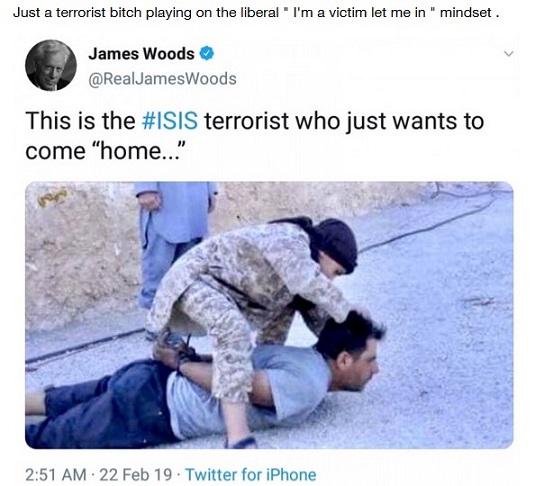 We get criticised for not having a written Constitution, our Constitution being a series of precendents over the centuries since the Magna Carta. However it is why we are able to pass new laws quickly to deal with issues like these. 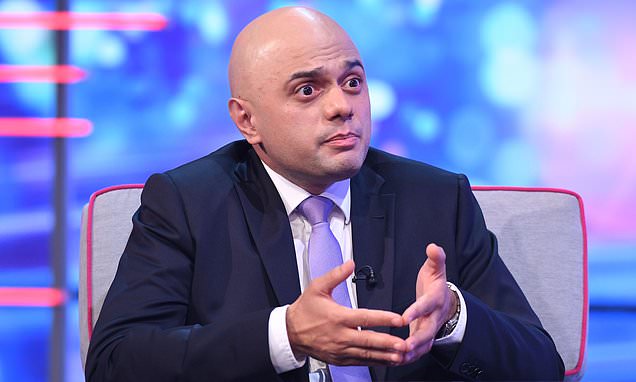 Home Secretary Sajid Javid is reportedly drawing up a new Treason Act that could see returning IS fighters who have betrayed Britain jailed for life.

We get criticised for not having a written Constitution

Well to be fair, our reps no longer even bother to pretend they’re following ours.