There has been a massive explosion in Beirut

This footage from twitter, kinda makes you think they knew it was coming … 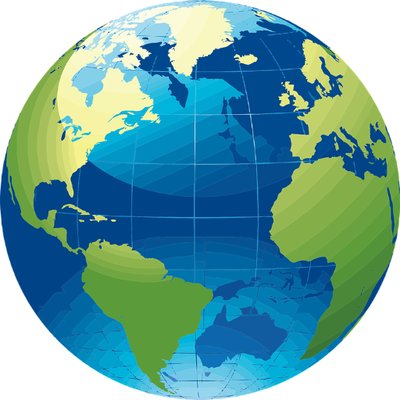 … and this from the BBC 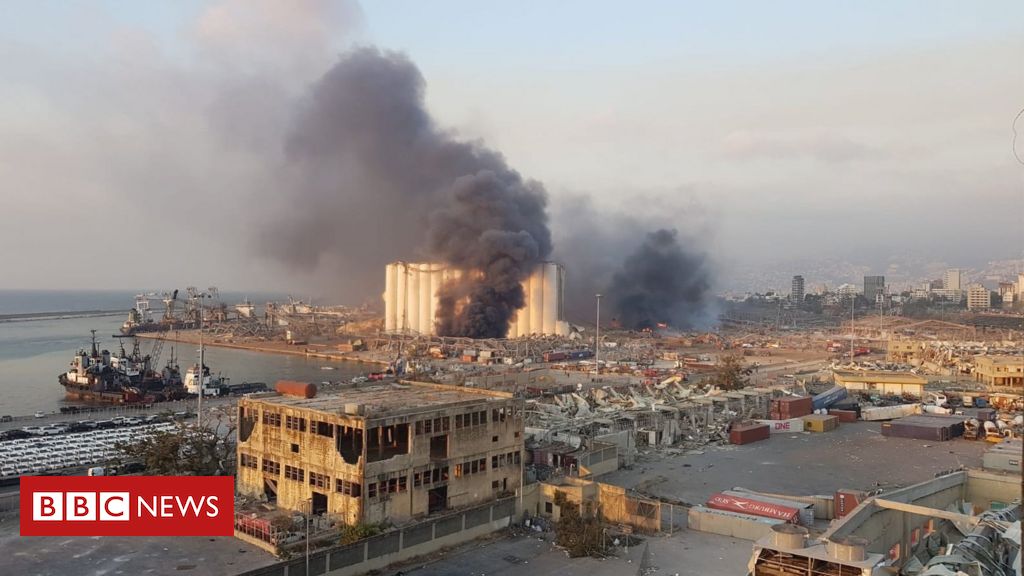 The explosion has caused widespread damage, with hospitals struggling to treat all the casualties.

The news story trying to point to a terror attack to lengthen the article.

It was NO accident .
A general in the Lebanese Army reports that Israel dropped a tactical nuclear weapon on the port of Beirut today. He reports that this was done to collapse the current political regime there and revolt against Hezbollah.

That is messed up if that is true! Why? We don’t need more conflict in the Middle East especially at a time when the world is dealing with a pandemic and economic turmoil.

Here is footage from another angle

Apparently a storehouse of fireworks was next to a government facility storage of Ammonium nitrate two very lethal combinations. Very weird that they Gov would store so so much Ammonium Nitrate in one place! 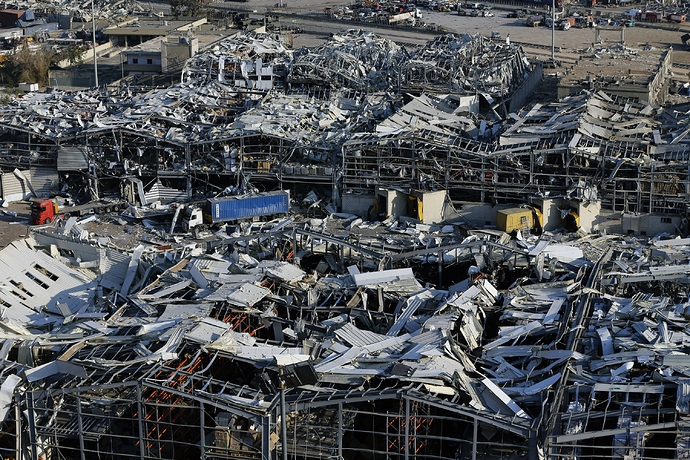 BEIRUT (AP) — Investigators probing the deadly blast that ripped across Beirut focused Wednesday on possible negligence in the storage of tons of a highly explosive fertilizer in a waterfront...

A general in the Lebanese Army reports that Israel dropped a tactical nuclear weapon on the port of Beirut today.

This sounds over the top. Using a nuclear weapon sounds hard to believe. Why?

I suspect that theory or accusation was put out there in order to distract from culpability.

This is really intense! 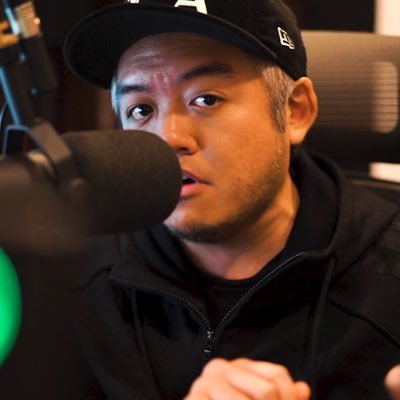 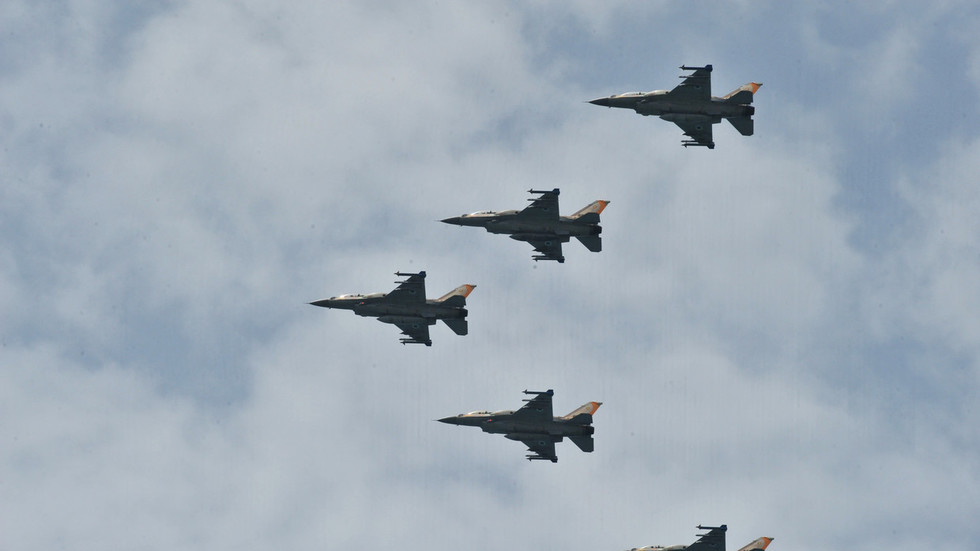 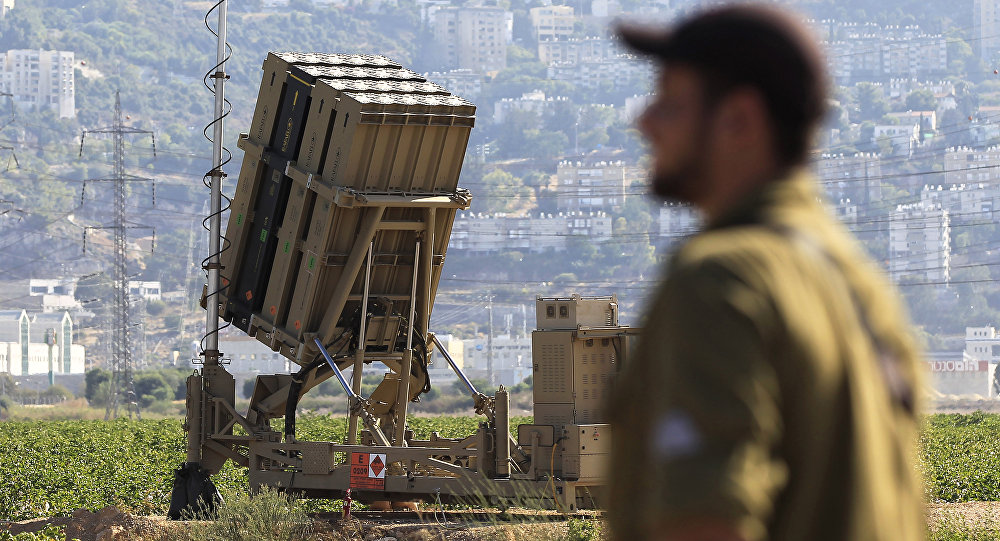 BEIRUT, LEBANON (11:10 A.M.) - A Hebrew-language channel stated on Wednesday night that the Israeli army expects an attack by Hezbollah during the Eid 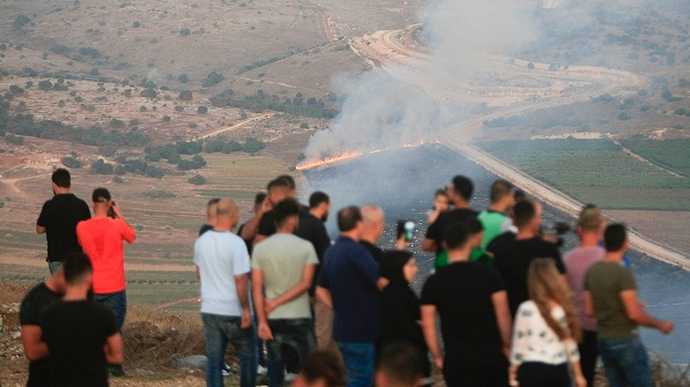 Lebanon's prime minister asks US, France to intervene to prevent the situation from escalating into a full-fledged war.

Ammonium Nitrate degrades, becomes volatile, when stored in a hot area. requires serious ventilation. If handled properly, it’s relatively safe. It’s used in my area ( PA Coal Regions ) in mining. It’s actually a low pressure explosive. More or less used to just crack seams of coal, as opposed to shattering the coal into small pieces. Although it may depend on the nitrate - fuel mix. Remember McVeigh.

It was NO accident .

Right … the current state of the scenario

A Russian businessman goes bust, or otherwise has his cargo of nearly three thousand tons of “fertilizer” impounded for some reason. It is stored in a nearby warehouse whilst people think about what to do with it or about it.

A fire breaks out at the dockside. So far the actual location of the fire is currently uncertain but the flame and smoke attract the unwitting attention of many (would have included me if I had been there) including a number in nearby flats who watched from their windows.

The critical point is reached … a large amount of ammonium nitrate detonates. The blast is equivalent to about 1kt of high explosive { there was a likening to some enormous number of sticks of dynamite … meaningless to most people }. The fact that there are so many phone videos is probably due to the fact that there was a fairly spectacular fire already raging, the rest is coincidental. The blast was heard in Cyprus.

The cloud-front which appears is the shock-wave from the explosion. Anybody close enough to see that was knocked off their feet and I am surprised that the boat from the video shown in post #1 survived (that is an assumption).

On last night’s news there was other footage including a young family who were watching the fire from a floor in a block of flats. Suddenly all the windows were blown-in, two children and their mother ended up on the floor. They all seemed to be Ok, and surprisingly the windows remained intact.

The death toll is in excess of 100 with more than 4000 injured. Three hospitals have been destroyed. Adjacent to the blast site was a grain store which allegedly contained a year’s grain supply for the Lebanon. The country was already in an economical mess, it is now in an even deeper hole!

Let me try this … 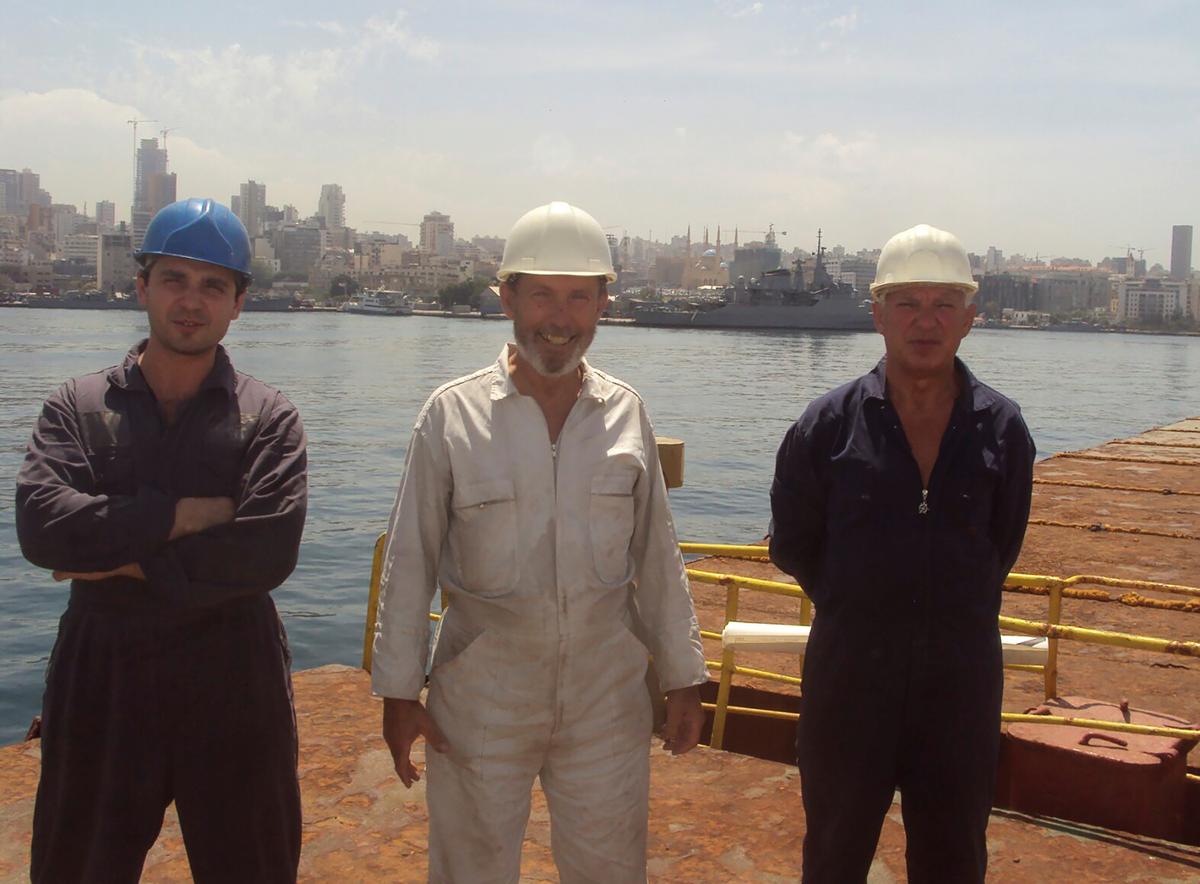 The chemicals that went up in flames in Beirut's deadliest peace-time explosion arrived in the Lebanese capital seven years ago on a leaky Russian-leased cargo ship that, according to its captain, should never have stopped there.

Looks like Lebanon already knew the dangerous storage needed to be removed a long time ago.

Who will they try to pin it on? According to the article Port workers had been trying to get rid of it. 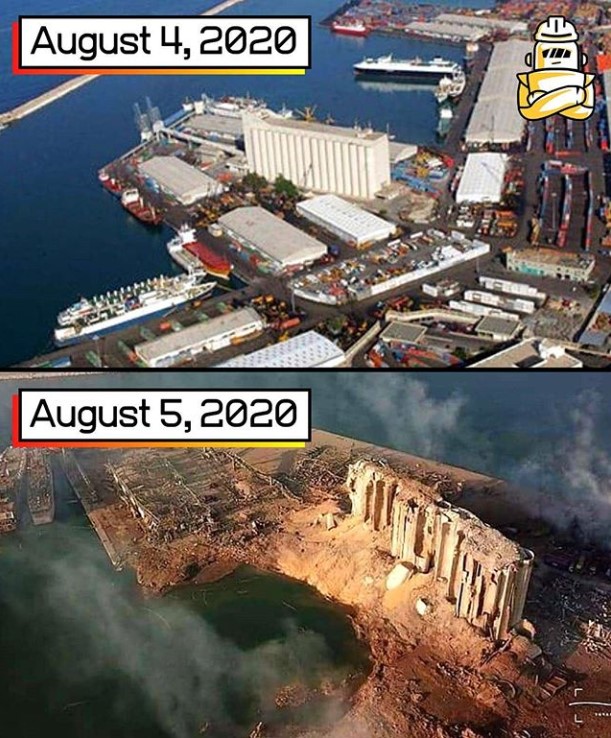 Trump: Beirut explosion looks like “a bomb of some kind” 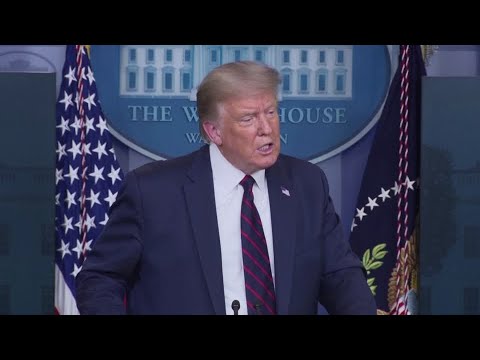 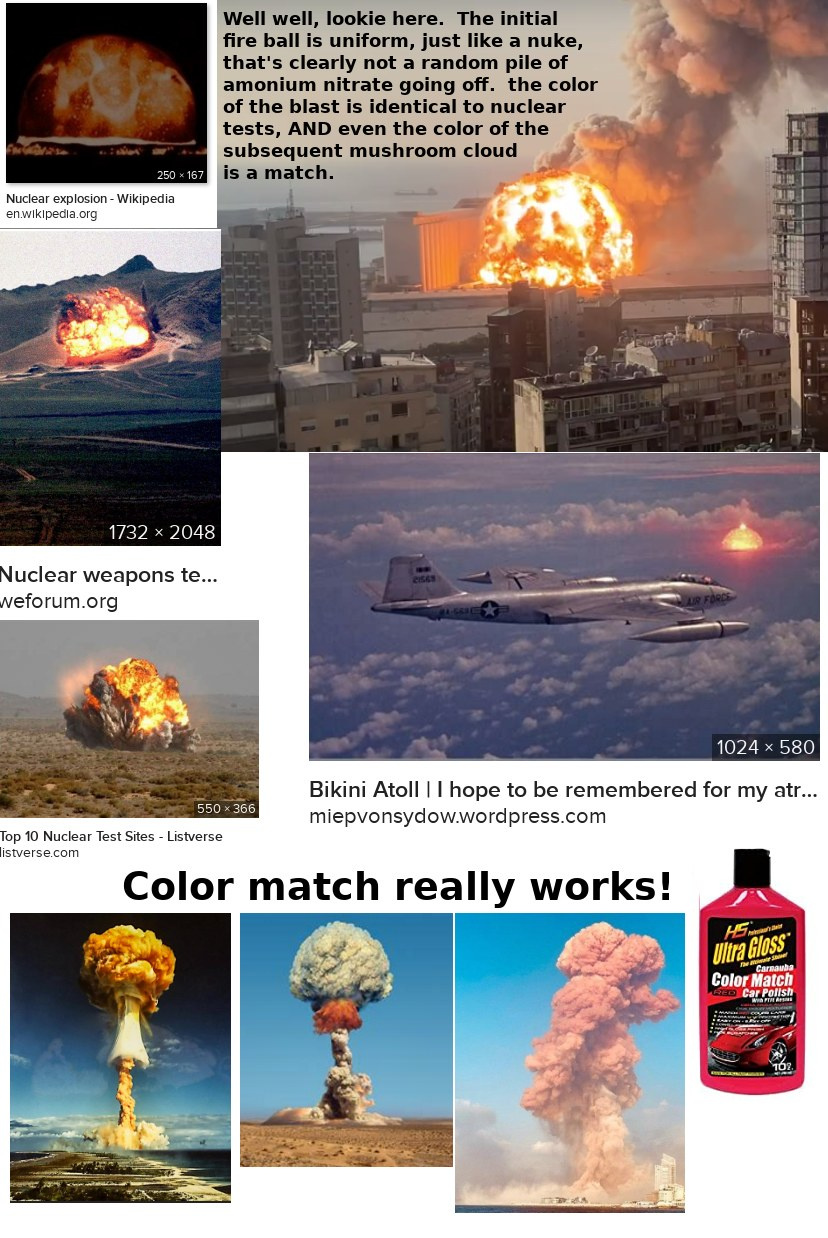 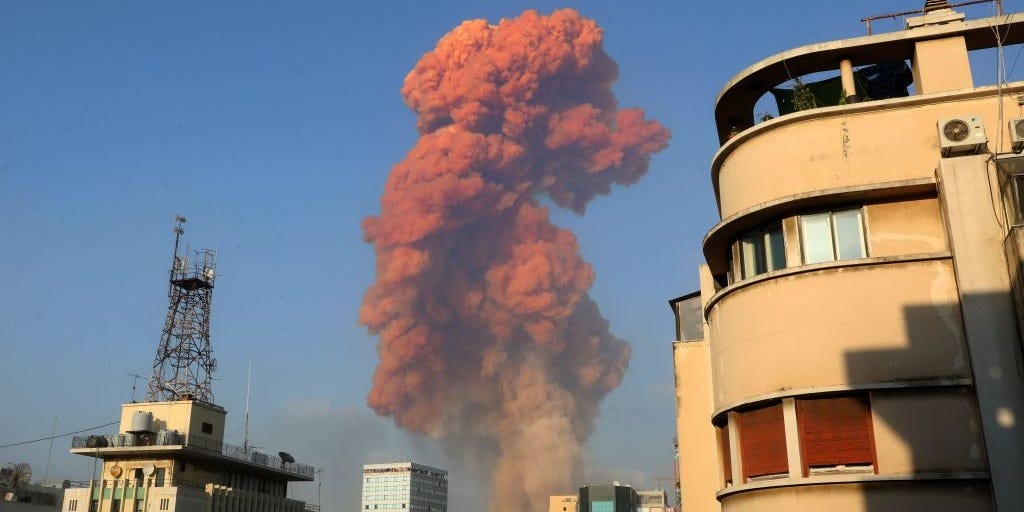 Though the explosion that has killed dozens and injured thousands had some features of an atomic blast, it lacked two key characteristics.

Pfeiffer indicated that the explosion lacked two hallmarks of a nuclear detonation: a “blinding white flash” and a thermal pulse, or surge of heat, which would otherwise start fires all over the area and severely burn people’s skin.

But Pfeiffer noted such blast-wave clouds, known to weapons researchers as a “Wilson Cloud,” are made when humid air gets compressed and causes the water in it to condense. In other words: They aren’t unique to nuclear bombs.