The War on Law Enforcement Officials 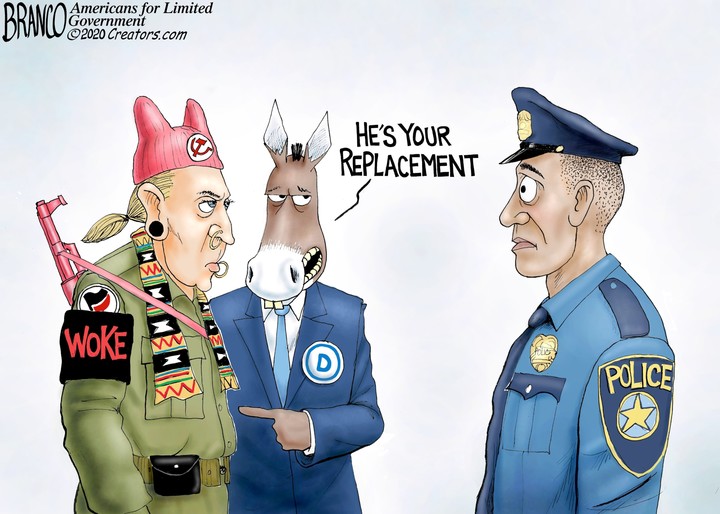 I love how this piece is no longer a caricature but a reflection of reality. You see in deep blue cities where the police chiefs are woke women, bending the knees to apologize to the mobs for something one bad apple has done. Seattle, Atlanta, South Florida etc… soon the police professions will be so tabooed that there wont be much new blood filling the ranks (on top of the psychological and physical harms it incur), and criminals will run amok without the fear of persecution.

If criminals are smart, they will hit the tanning booths and wear black faces before a major bank robbery. 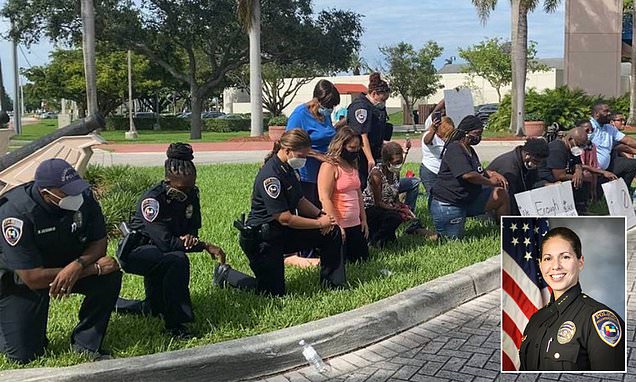 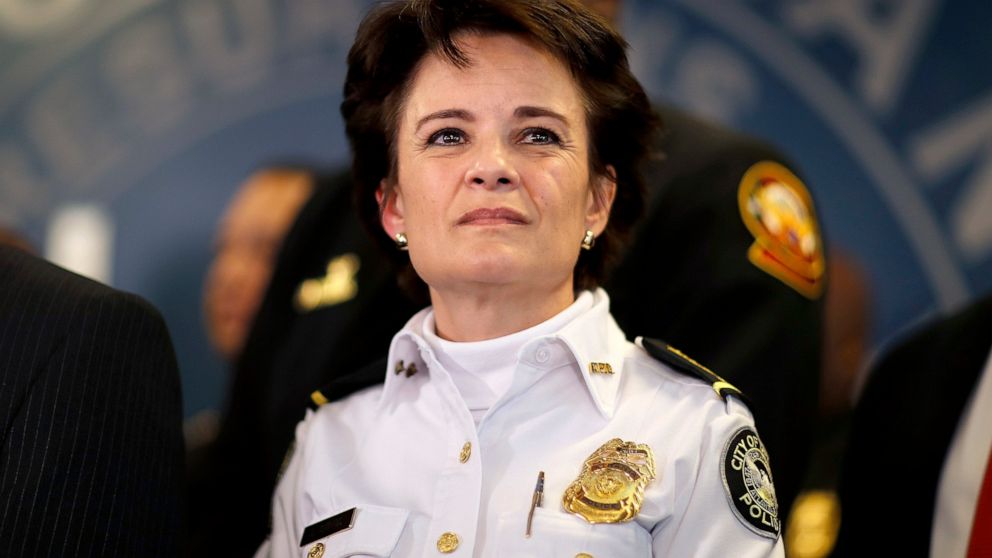 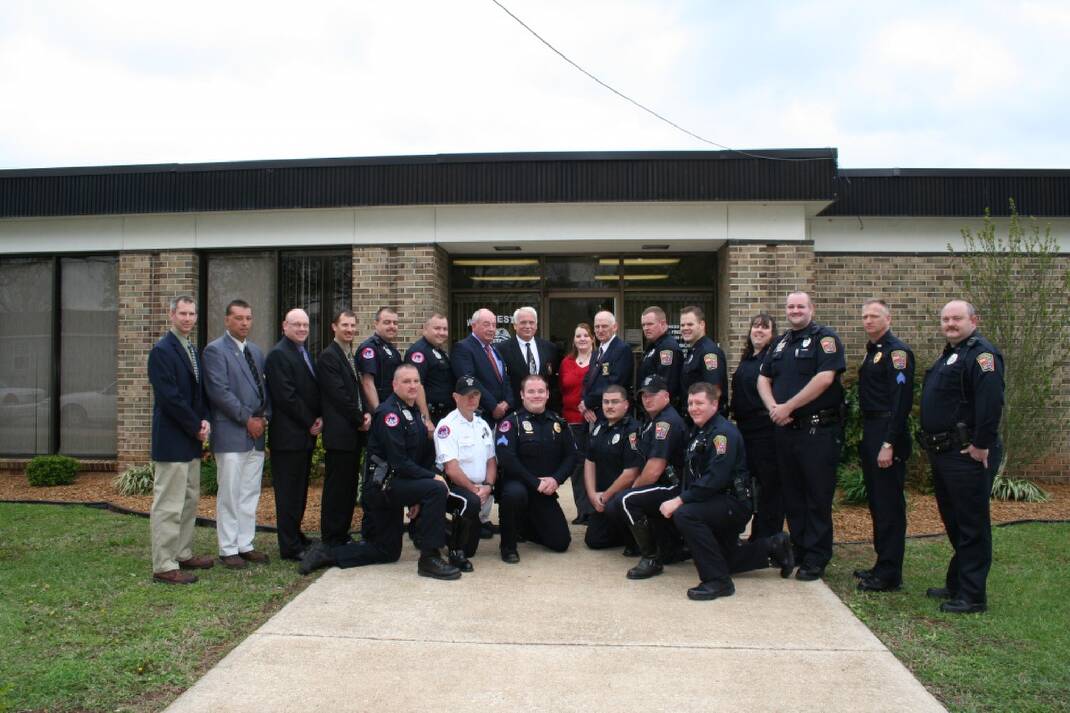 Outcry across the country over police brutality led a 10-year veteran police officer in Winchester, Tennessee, to announce his resignation this past week in a video posted on social media, citing an increasingly negative view of law enforcement. 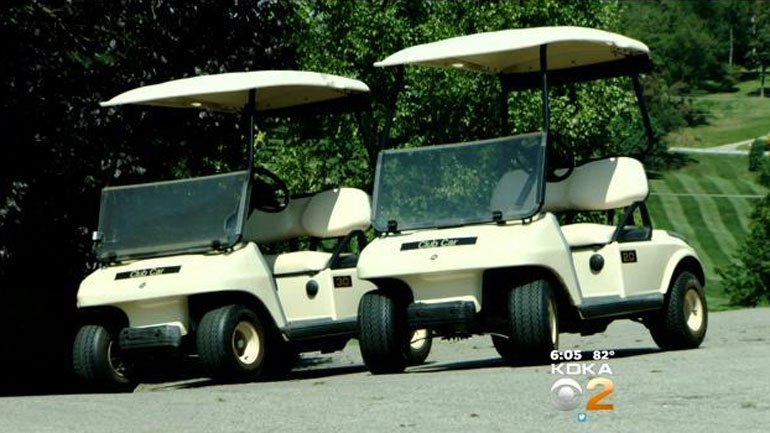 The police chief on a Lake Erie resort island has been placed on leave and two officers have resigned following the arrests of a group of black tourists riding on a golf cart.

I don’t know if I’d call it en masse- yet. If the police lose qualified immunity any that stayed on in any but the toniest guard gated communities would be daredevils.

When a cop rolls up in da’ hood, a crowd gathers to taunt and video the cops, sometimes interfering with them as well. The whole milieu is why LAPD officers in the 90’s used to consider Compton, and Inglewood hostile planets. At one time decent, albeit poor Black people liked the cops- they were the thin blue line between civilization and gang run anarchy. Cops kept the peace by getting tough on the hardcore troublemakers. Now troublemakers are saints and the cops are the villains.

When I first moved to LA I went to apply to the LAPD - eyesight not good enough; a few months later a neighbor who was LAPD told me what it was like to be a cop in LA- whew - dodged a bullet. Now it’s far worse.

they were the thin blue line between civilization and gang run anarchy. Cops kept the peace by getting tough on the hardcore troublemakers. Now troublemakers are saints and the cops are the villains.

The society is breaking down hard 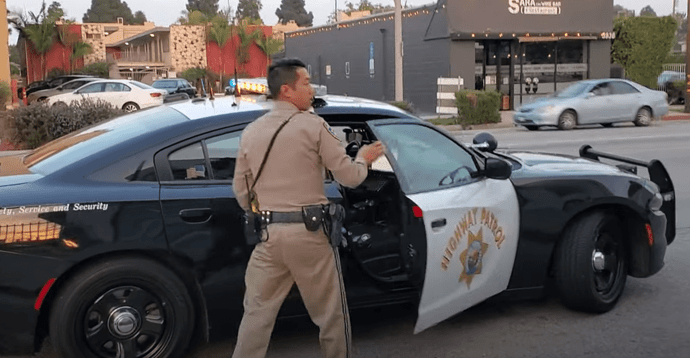 Fortunately, the two officers inside the vehicle were uninjured. They were just driving down the freeway when the suspect opened fire.

They dopey unions donate big time to the dems and this is how they get treated . Who in the hell would want to be a cop NOW ? They have their union leaders to blame ! Dems always bite the hand that feeds them and unions always turn a blind eye and give and give and give .

Who in the hell would want to be a cop NOW ?

The only logical next step. Tho they would probably call this racist too since the programmers are whyte, and the AI go off actual FBI statistics. 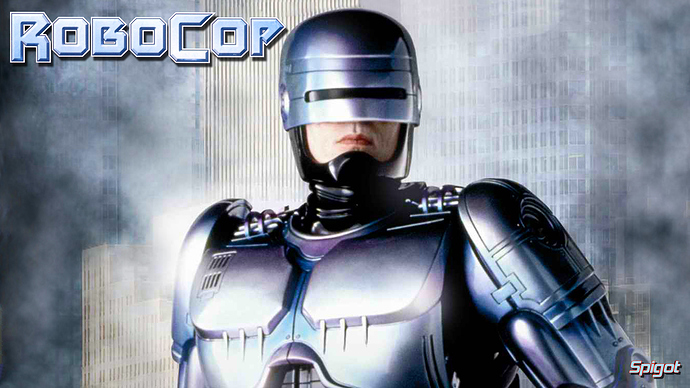 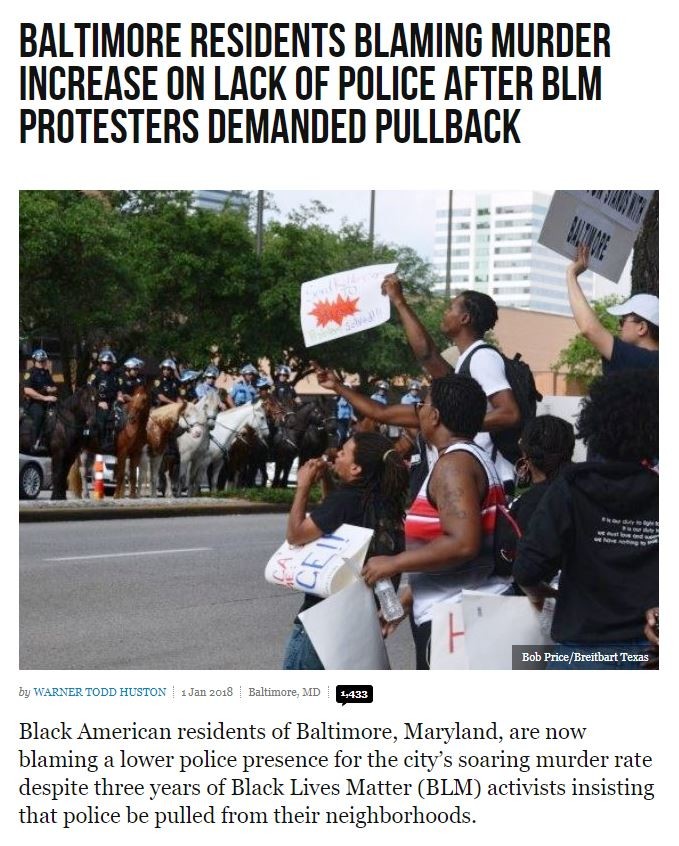 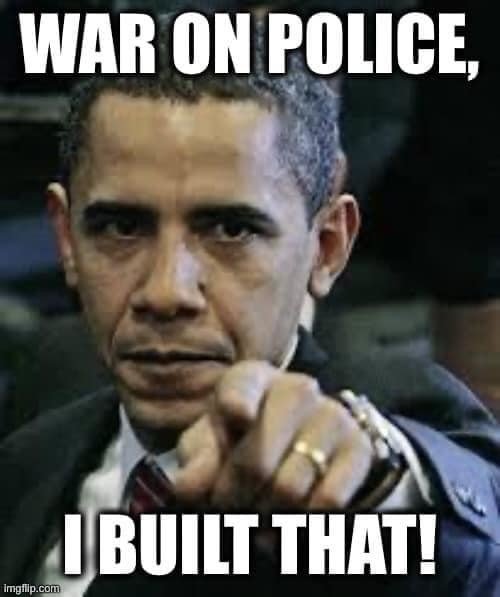 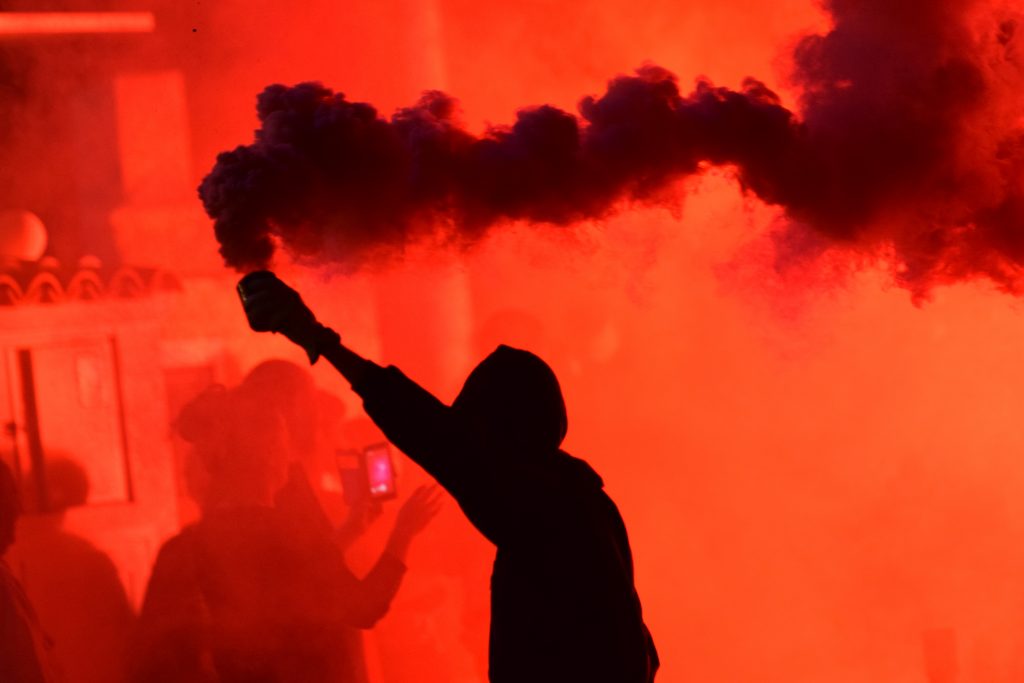 This isn't the first time we've shared these alerts with you, but they keep getting worse. They're trying to bring the violence to officers' homes.

The anarchists are taking advantage of socialists, minorities and useful idiots all over the world now to advance their goal of destroying systems of law and order.

It will result is significant loss of life when the shootings begin.

Blacks still believe dems and BLM have THEIR best interest in mind when in reality it’s THEIR agenda at work . I hope they all get their wish a dumbed down police force too afraid to patrol black communities and record black on black murders , businesses boarded up , buses refusing to service the area , robberies and rapes at record numbers . Let BLM start their OWN police force ( LOL ) they will be multi millionaires shortly with the likes of Amazon donating $100 million , You Tube $100 million , Apple $50 million , Facebook and Spotify $25 million and the other hundred guilt ridden corporations donating millions upon millions . Monty can start his go fund me account and raise even more , we ALL know how much guilt he has in his miserable wretched life !

Joe Biden’s qualified support of defunding the existing police system is to do so only if they fail to comply with federal guidelines.

This would be a step toward the Kenyan Muslim’s plan to have a federally controlled police force…the liberal’s version of the SS.

And when big businesses don’t want to service those areas they will scream racism without ever acknowledging the fact that they are creating these conditions to begin with.

Exactly !!! Insurance companies will raise rates in white areas to make up for the massive losses in the hood . Dems will insist on it . 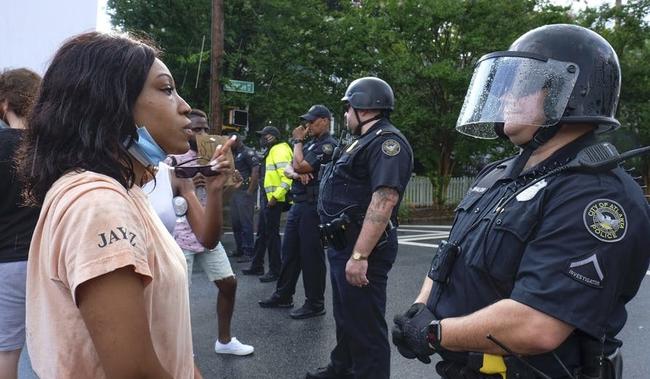 "We are now going into the third consecutive week of unabated protests in which officers have worked 12-hour shifts seven days per week."


On Monday, the Atlanta Police Foundation some 19 Atlanta police officers have resigned amid the growing civil unrest. And according to Foundation CEO Dave Wilkinson, " Morale is at an all-time low. "

It’s getting worse for our police officers 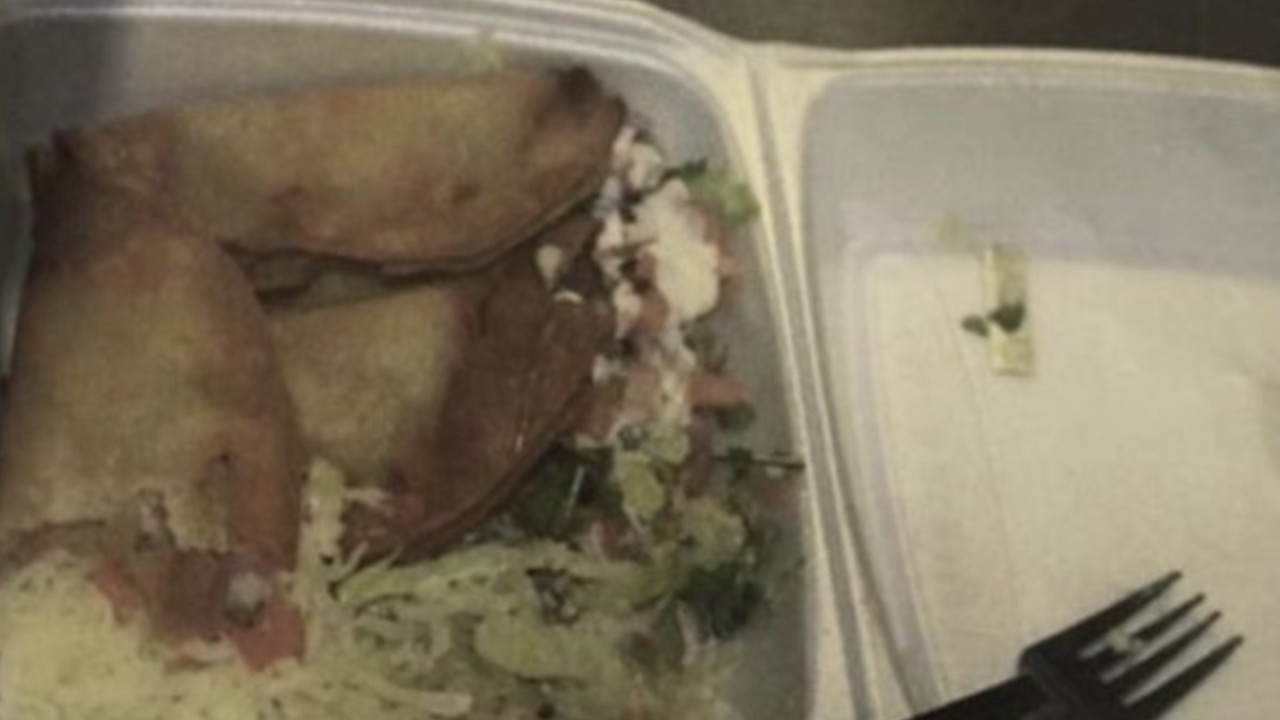 A group of San Marino police officers found a metal blade in their food order after picking it up from an Alhambra restaurant on Thursday, but the incident was believed to be accidental, officials … 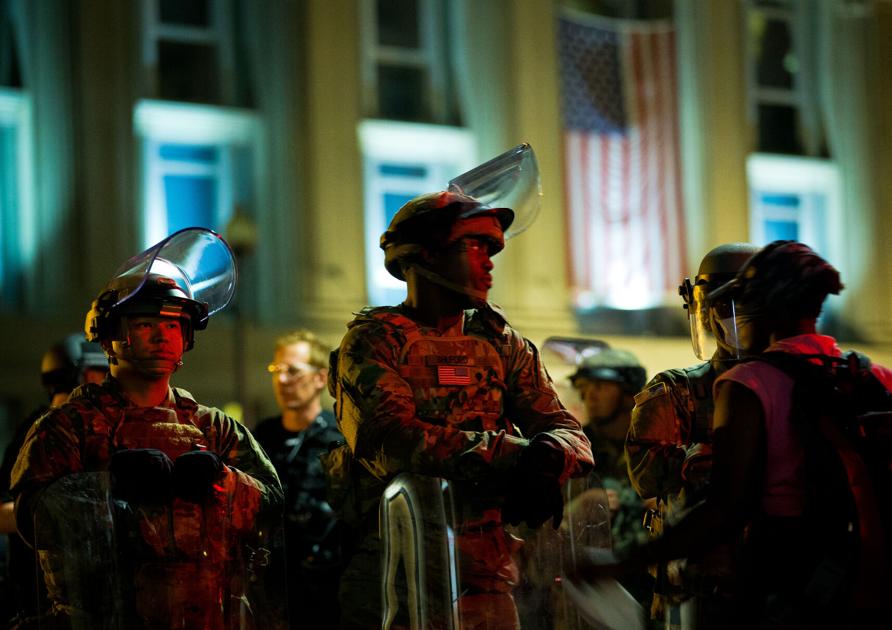 2 SC National Guardsmen found glass baked into pizza they ordered while on DC...

Two South Carolina National Guardsmen contacted D.C. Metro Police after they found glass baked into a pizza they ordered at their hotel during their recent deployment to Washington. 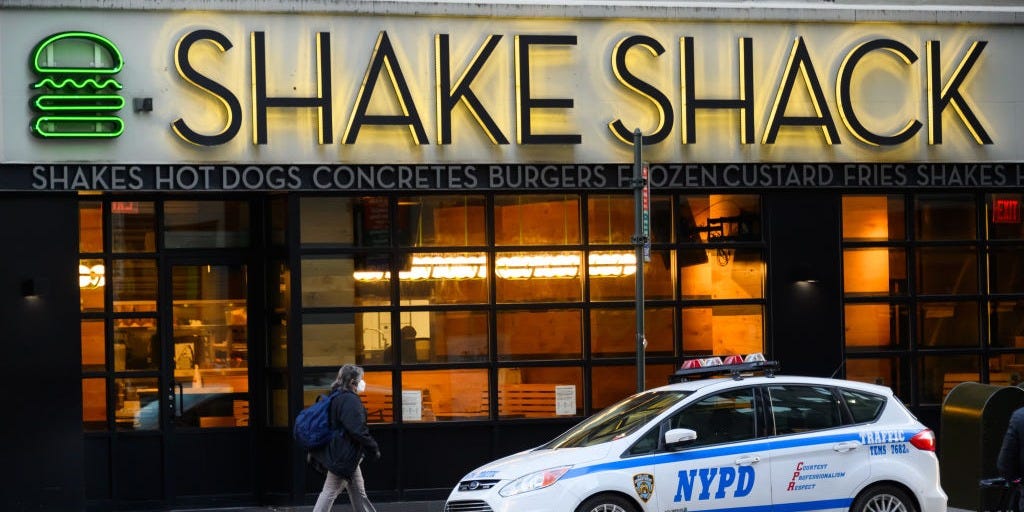 NYPD finds 'no criminality' by Shake Shack employees after 3 officers were...

The NYPD's chief of detectives on Tuesday said no foul play had been found after three police officers found a suspicious substance in their shakes. 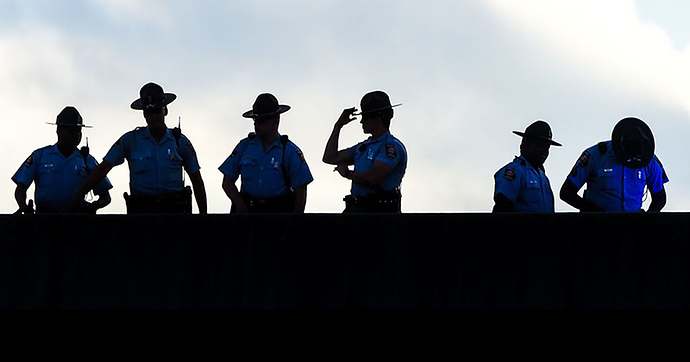 Reports: Atlanta Cops Walk Off The Job In Protest

That’s been denied. They just had a high number of officers call in sick. I suppose that may be their way of protesting without burning down the precinct.

APD claims they have no difficulty responding to calls as of yet.

I can gaurantee you that the indictments against Garrett Rolfe are more politically spawned than by any evidence the neanderthal DA and the Mayor were given.

The DA is trying to take heat off his own ass as he is currently being accused if sexual misconduct and using public funds for his own benefit. I hope they gets tarred and feathered.

The Mayor is pandering for all the black votes she can get in the next election.

They both have to take the black side of any rift between blacks and whites.

Too bad the officer that shot Brooks wasn’t a black female. She’d likely have missed, killed an innocent white bystander and been promoted to Captain.

I suppose the next few hours will tell us how real it is or isn’t.

I have no issue with these officers walking off the job.

Folks need to weigh out being PC over their and their family’s safety and figure out which means more.