The US Government Shutdown is Unconstitutional

Sorry, but even the draft didn’t count as involuntary servitude in the eyes of the law.

Take the class of govt employees who are, today in these post-draft times, the furthest towards obligation to keep on working pay or not – active duty military – and you’re talking about people who signed enlistment contracts in which they bound themselves to serve wherever they were sent, whether paid or not, for a certain term of years. They may have rights to recover the pay that they were promised in those contracts, so they’re not slaves, but they don’t have the right to walk off the job, no matter what.

You could analogize most govt workers who aren’t being paid to employees of a company that’s gone bankrupt, that doesn’t have any money to fulfill its obligation to issue paychecks in return for work performed. In this case, the notional bankruptcy isn’t final, and the company is in fact expected to come out of a reorganization phase and regain the ability to pay the workers. If the company is expected to come out of reorganization, maybe under receivership and reorganization it keeps some operations going and asks some workers to keep coming to work. Others would just generate expenses for the com[any if they came to work, so they’re asked to stay home until further notice. Most workers who keep showing up to work do so in expectation of resumption of their regular pay, with back-pay for wages missed during the period of reorganization. Unlike active duty military, most can just walk away during reorganization.

I’m not sure if any of the govt workers are in some middle status, not clearly bound to stay on the job whether paid or not, but also not at the other extreme, completely free to just shove off whenever they feel like it. I’m thinking of people working in the medical field, or police or other emergency responders. “Essential” for shutdown purposes just means people the govt still wants to come to work, not necessarily people it has any means to compel to come to work. Aside from the military, are there any of these workers the govt has any ability to compel to keep on working? I don’t believe that there are but I could be wrong.

Nothing is forcing them to stay with the federal government. They can leave at any time - and I hope that they do. I haven’t seen any negative impact to them not being at work.

Not sure it is unconstitutional since the people working without pay can quit (slaves are not able to quit).

However, I do think there may be job-contract issues for any government worker deemed “essential” who doesn’t work because they aren’t getting paid (e.g. nopay sickouts lkike we have seen with TSA or defacto wildcat strikes which I do not believe we have seen yet).

Also, if I were a government worker who was working without pay, I’d look into suing the government for backpay with interest. I don’t think the provision to simply provide backpay is enough. These people have been harmed.

I’m not understanding the slave angle. There is already a promise to pay those who are working without pay and those who are at home on a paid vacation. They aren’t leaving because it’s a gravy train and they know it. If this were any other employees at any other private company, the majority of them would have found other jobs by now. The leeches wanna leech.

However, I do think there may be job-contract issues for any government worker deemed “essential” who doesn’t work because they aren’t getting paid

There are Fair Labor Standards Act issues at play. There are no exceptions in the FLSA for government employees required to work without pay during a shutdown. But the possibility of having to pay additional compensation to employees for the FLSA violation is not going to force the government to reopen.

In this case, the notional bankruptcy isn’t final, and the company is in fact expected to come out of a reorganization phase and regain the ability to pay the workers.

It is similar to what I’ve seen happen in a company that becomes insolvent before filing for bankruptcy protection or shutting its doors, where employees may go unpaid for weeks or even months while hoping that the business somehow turns itself around and obtains the money to pay them. The difference here is that the government has the means to pay, while most employees who are owed wages by a failing business are going to end up going unpaid for most or all of that time. If a business goes into a Chapter 11 bankruptcy (reorganization), those employees who are reporting to work will be paid; but claims for past wages against an insolvent business (while given priority over other creditors’ claims) are potentially subject to discharge.

what are you talking about?
who the frig are slaves?

How are they slaves…do tell?

Don’t you think for moment by your drama that you’re actually undermining the severity of slavery?

As for goverment workers. Now is the time to push airlines to do their own security…and get goverment out of it.

That’s just one example that we should be taking advantage of.

Also I haven’t seen or felt anything about the shutdown…hell for all I know it’s fake news.

As for goverment workers. Now is the time to push airlines to do their own security…and get goverment out of it.

Good point. Time to make some lemonade out of lemons.

Can slaves quit?
I suspect these people can.

Maybe there is some constitutional issue but if you are hanging your hat on an equivalence to slavery… well, you should try harder. That will not have legs.

Slavery this is not. That is clear, unambiguous and without any doubt a fact.

If they are too foolish to realize there have been shutdowns in the past and neglected to save for it then I don’t have much sympathy for them. They knew this was part of the deal when they took the job.

In fact I think the OP deserve a trophy. 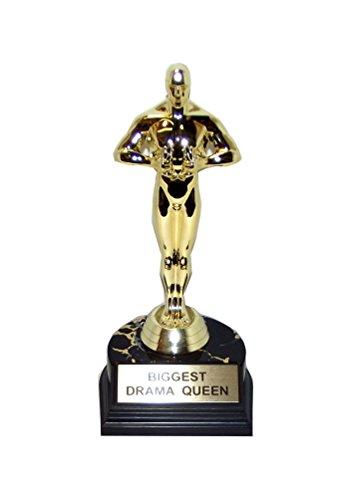 Nonsense. They’ll be paid. They also know full well that they can be working for a length of time without being paid so if they don’t save up an emergency fund (like the rest of us have to do) it’s on them. I don’t feel sorry for government workers that are in their position. Their average wage is higher than that of the people that have to pay that wage. No one gives a rats ass when we get laid off, so…

In the legislation promising back pay to workers, there should also have been instructions to all nationally chartered banks to offer most-favorable-rate credit to employees, since their salaries are guaranteed by the government. Instead, the predators can have a field day.

OR… we could stop coddling government workers and maybe the anger would drive Democrats to stop acting like children. I’m sick and damn tired of the media pushing the “Republicans are shutting the government down” narrative no matter who what part of the government they’re in charge of.

Well that’s hogwash. They are all free to quit and seek other employment thus they can in no way be considered to be slaves.

They will also receive back pay as soon as a new funding bill is passed unless the democrats go out of their way to prevent it.

Except for that little law passed and signed, they will be paid in full.

Those that work, those that o not work.

Yet another low for a topic.

I’ll take the private business “predators” who are up front about their tactics over the government “back room deals” and “say one thing publicly and another to our backers” slimeballs leeching off the public’s tax money or their agents, thanks.

At least with the private business, you can choose not to engage with them.

In fact I think the OP deserve a trophy.

Make sure it has no breakable parts that could be swallowed by a child.