The Truth About Suicide in America

PJW, just put out this video that really is starting to shed light on an issue that gets very little attention. Why you ask? Hmm you think that out of the 40,000 deaths per year as a result of suicide that 70% is white males? Just something to think about, but media is hardly giving attention to this epidemic affecting America, and is probably rooted in reason that the more the white demographic kills itself the more the country will turn Brown such as what the left is advocating for now with their anti white rhetoric.
One of the biggest contributing factors is the over doses of opioid and so much that the bodies are piling up. So what the hell is going on that our society is reaching epic proportions of deaths from suicide due to depression and drug and alcohol ABUSE? 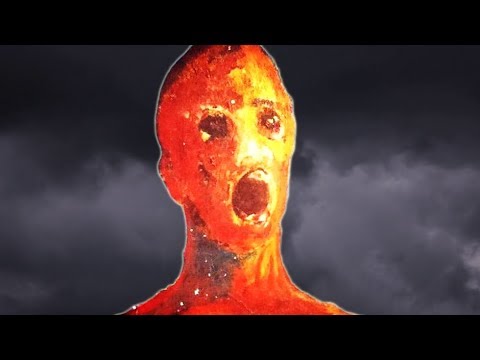 The old catch all on suicide used to be: Suicide, a permanent solution to a temporary problem. But to me, that’s too broad a description. The human psyche is fragile, and easily compromised. Conscious decisions to end one’s life, say from unbearable physical suffering can be almost rationalized. Easy to say you’ll never do it, until you walk a mile in a terminal cancer patients shoes. Now, the playing the fool with drugs is a totally different venue. One example & it doesn’t cover all the bases. You’re depressed over losing a job, so you turn to drugs. You lost your job, but manage to find $$$$$$$$$$$$$$$$$$$$$$$$$$$$$$$ every single day to support your habit. I know I’m using a broad brush; and life - the human condition is much more complicated. Everyone is an individual, and I am not standing in judgement. As far as drugs go, I always knew, you should never get involved with anything that can get it’s hooks into your soul. I guess I was lucky, or maybe blessed to see the big picture. Now, the young people who decide to end it because they have yet to gain maturity, depth, & insight in life, is a heartbreaking situation. Peer pressure - bullying - etc… takes a serious toll. It takes time to be comfortable in your own skin, but today, we live in a world of instant gratification; a very slippery slope. I have personally found, being a minimalist reduces many of life’s loads; but I am from a different generation. What I have has never been who I am; and from a very early age, I knew, life is not fair. Probably the most important lesson I have ever learned. Grandma Vilula always said: Life is sweet, no matter how bitter.

I think one common thread throughout the video is a lack of purpose.

For the middle age white man, that is tied to his family and ability to provide for his family. When he loses the income and his family then his sense of purpose is destroyed

For the young children is a lack of meaningful purpose as they are tied to social media, rather lost about who they are and the meaning in their lives as they look to others who seem to have more.

For the newly graduated in debt, the same. Can’t find work, the purpose they thought they would have in life comes to a full stop. In debt, can’t find a job that pays well, can’t buy a home, etc.

But in all of this, my instinct is that family and community are missing from many of these people’s lives.

Family that sticks through the loss of a job and is supportive. Family that takes the phone away, has dinner every night together and is there to lend meaningful counsel when needed.

Family that will counsel the recent graduate that they started out (even if not in debt) but penniless for years until they found their career and built enough time in it with hard work to actually start getting ahead.

Imagine the middle aged guy who after 100 interviews just got another rejection letter. He commits suicide but the next day his phone goes unanswered because someone was calling him letting him know he go the job. Which would be the start of a new chapter of life.

Without the strength of love, family and community support, many of these people know of no way out of their pain as they try to work through it in isolation.

Is it any surprise? White males have been turned into the most evil lifeform on Earth. It’s disgusting and I hold the left, the media, and Hollywood accountable for this. I’m also going to share something that might be unpopular…I am so sick of seeing every advertisement, movie, and tv show with a race-mixed couple. It’s never a white male with a white female. It’s always a white female with every other race except her own. I don’t care how that makes me sound but it is being pushed and it’s obvious. if that’s a personal choice for someone that’s fine. You can’t help who you love. But this is being done on purpose to make white males seem undesirable or socially unacceptable to partner with for young women. It’s terrible and is a contributor to suicide.

BINGO !!! Ya don’t have to be a psychiatrist to see what you see. Trying to drown the public with mixed race & same sex couples, not so, subliminal crap. Not just that, but attempting to make whites look inept. Well, all whites are not diaper wearing snowflakes who stumble through life with no rhyme or reason.

Well there’s a lot of weak people around if commercials are leading to suicide.

You are oversimplifying the issue, significantly.

The human mind is fragile; and you really never know the individual’s breaking point. Some people can handle enormous stress loads, some can’t. Marx had two daughters who committed suicide; one simply because someone suggested she do it.

In generations past, the British adopted a stiff upper lip. It got them through the Blitz and the rebuilding of the country. Americans are more emotionally incontinent than the British, but there is little in it now with the snowflake generation. Clearly reliving the traumas don’t work. There is a very distinct correlation between emotional incontinence and suicide.

Well there’s a lot of weak people around if commercials are leading to suicide. 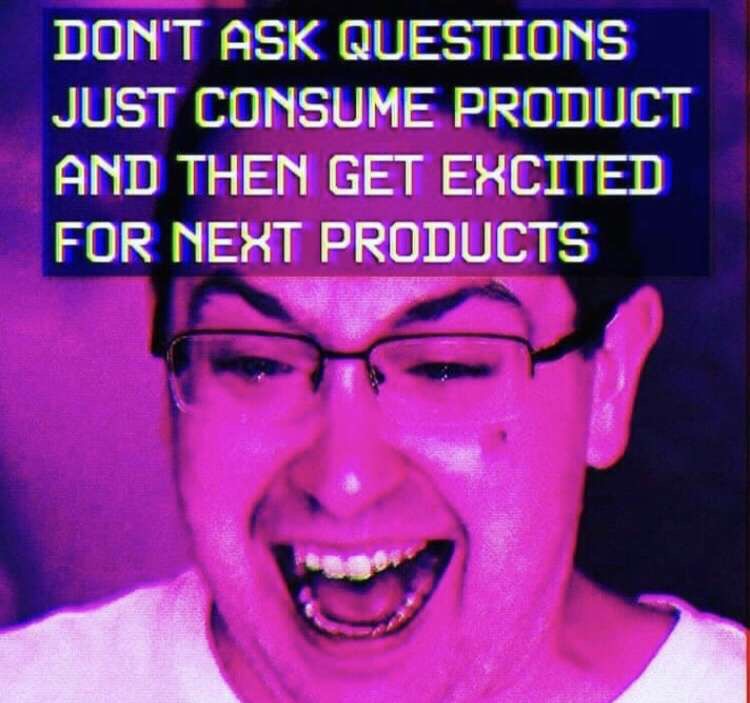 Americans are more emotionally incontinent than the British

Be more clear. Which “British” are you talking about? The ones who are letting their country be overrun and destroyed? How about the ones who won’t force their government to enact Brexit, as it is the will of the people? Are there any Anglos left in Britain or are these the “British” you are referring too? They clearly have the stiff upper lip that you are referring to while ruling over the remaining Anglos on that shit tier island. 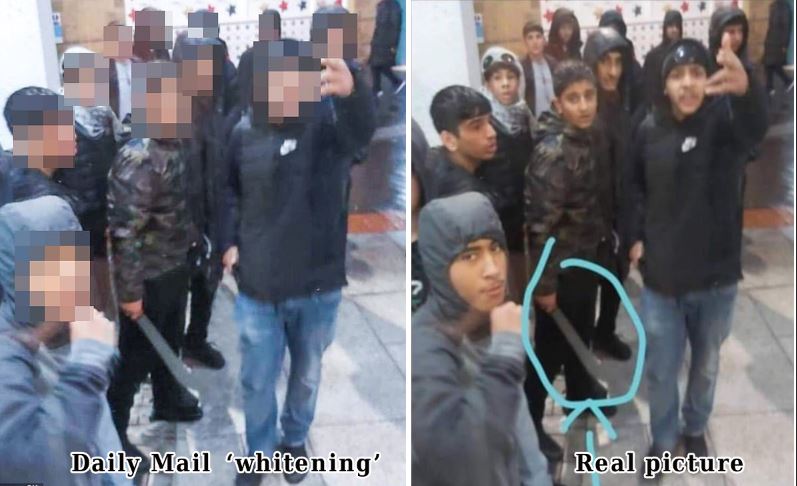 Americans are more emotionally incontinent than the British

Were the British saying that when we beat their asses to death and permanently wrecked their empire, twice?

Were they saying that when we saved them from getting bombed into oblivion by the Germans? (Brits did know how to run and hide underground really well - kudos)

Were they saying that when we gave them lopsided trade deals that propped up their failing economy?

Were they saying that when America elected Donald Trump?

That is very true, not to mention the family unit has been in decline for decades which is a foundational aspect of a strong nation. PJW is also apt to point out the decline of churches in the communities that also played a role as being a cohesive aspect of offering support and being present in neighbourhoods. IMO it’s a combination of many factors that is being re-enforced as a conditioning process by MSM and social media where they’ve Attacked religion, traditional roles, forced social engineering along racial narratives while preserving the status quo of the modern aristocracy.

There is another correlation between physical health and mental health. Physical health has plummeted with the increase in obesity rates. Again, America leads the way. Insulin resistance is a cause of depression. 70% of Americans are insulin resistant.

You are absolutely correct! I was just discussing this in another thread about recent movies bombing due to the hyper feminist roles and narratives being inserted in the storylines! Probably a good time to forego watching altogether!

This was a thread talking about the recent release of “Watchmen” which is the classic example of forced narratives of promoting hating whitey!

Why Hollywood, and its Propaganda Are Becoming Unwatchable! RRSC

After watching HBO’s anticipated series “Watchman” it was hard to sit through what was blatantly obvious of social justice warrior narratives inserted in to the story line. Narratives of White supremacy and Black super heroes going after white people for being racist and white. Predictable and is a far departure on what the original story of Watchmen is suppose to be about. From the opening sequence the stereotypes are clearly visible which was disappointing because I am a big fan of Alan Moore …

I think that was MY point…

You just prove the point why no one here takes you serious when you make such statements!

It’s a whole lot simpler than even that.

Hopelessness and purposelessness are the two leading causes of suicide.

If your life sucks and you have no hope of it improving suicide becomes a viable option.

If you have no purpose in life, no way to achieve anything worthwhile, suicide becomes a not only viable but attractive option.

In the eighties and nineties the psychobabble community reacted to what was seen as an “epidemic of teen suicides” with the solution of convincing everyone they were special and feeding them full of phony self esteem so they’d feel better about being average or below average and be content in life.

In doing so they pretty well neutered the whole country and eliminated for the most part our basic drives that led this country to achieve great things.

The same thing happened earlier in GB in different ways somewhat but in the end accomplishing the same thing.

Now, with the new millennium we’ve gone completely over the edge blaming white people for every ill on earth, particularly white males and declaring everyone that doesn’t swallow the left’s agenda hook, line and sinker as racist, sexist, bigoted, homophone or worse.

Take a step forward to the current up and coming generation that sees it all as hopeless and pointless as the new cult of climate change warriors have convinced them no matter what we do we’ve got about a decade or two before the world implodes due to rising seas, runaway global warming.

Hell my generation grew up with the very real threat of global nuclear war breaking out at any moment and that at best once the first missile was launched or bomb dropped from a plane we’d have no more than about a 30 minute warning before it was all over.

What did that drive us to do? Mass suicide? Global hopelessness? No, we created and ran the greatest economy the world had ever seen bringing peace and prosperity to billions like none had ever seen before and eventually defeated the Soviet Union freeing over a billion people in Europe and Asia from totalitarian rule!