The state of Illinois, a state that is already close to being financially insolvent is now looking to give away millions of dollars to illegal invaders who have not paid a cent into the system, and further burden the legal natural born citizens with more taxes. The State of Illinois has already has experienced a rash exodus of people leaving the state that were contributing to the states tax revenues that the state takes in.

In no clear terms does this decision makes sense and if anything will prove fatal is something is not done soon to deport the millions of illegal immigrants already in the country. 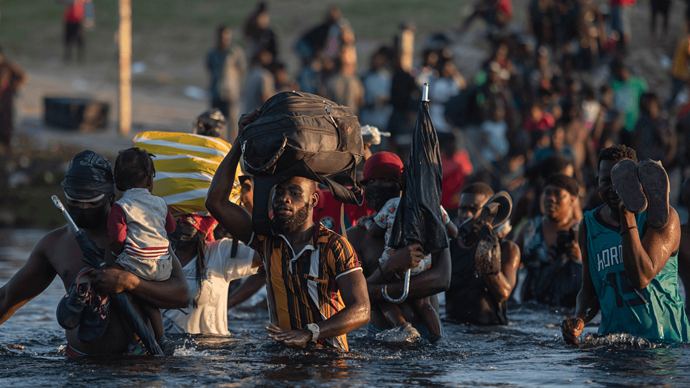 The pilot program will provide residents with monthly cash payments of $500 a month for two years with 'no strings attached.'

Foreign nationals who come to America without going through the proper channels are criminals, pure and simple. They’re not “undocumented workers”, they’re not " dreamers", they’re not any of the other sob stories the libtards try to make them out to be. They’re criminals, and they don’t deserve one red cent of American tax dollars. Why should hard-working, law-abiding Americans have to foot the bill for these lawbreakers? It’s outrageous! The government needs to do its job and secure the border.

The idea of Universal Basic Income is nothing more than a communist idea that has been repackaged and sold to naive liberals. UBI is a direct assault on the very principle of income inequality that has made America great. It seeks to level the playing field by taking money from those who have earned it and redistributing it to those who have not. This is not only unfair, but it is also un-American. Furthermore, UBI is a drain on the economy, as it encourages people to stop working and instead rely on the government for support.

The fact that Democrats in Illinois are doing this shows everyone that the goal of this entire program is to buy fraudulent votes from foreigners who have no right to be voting in our elections to begin with.

DHS should go to these UBI program offices in Illinois that are doing this, get the list of names and addresses, and use that money to pay for plane tickets back to where they came from.

A failed attempt to give bread with circuses