The Pyramid Of Doom

It is my opinion that many of the thread topics which are created are inextricably linked.

That is, many of the issues we face and oppose all appear to have the same origins and orchestrated with the same level of intent. It has been a prolonged and multifaceted attack. The same problems exist in most of the Western World, be it immigration, LBQT blah blah…, uber feminism, free speech, crap educational values, paedophilia epidemic etc etc…

It just can’t be a coincidence can it ?.. Most seem to agree it is globalism at work and the absolute highest tier in society. So if we simplify into a diagram. 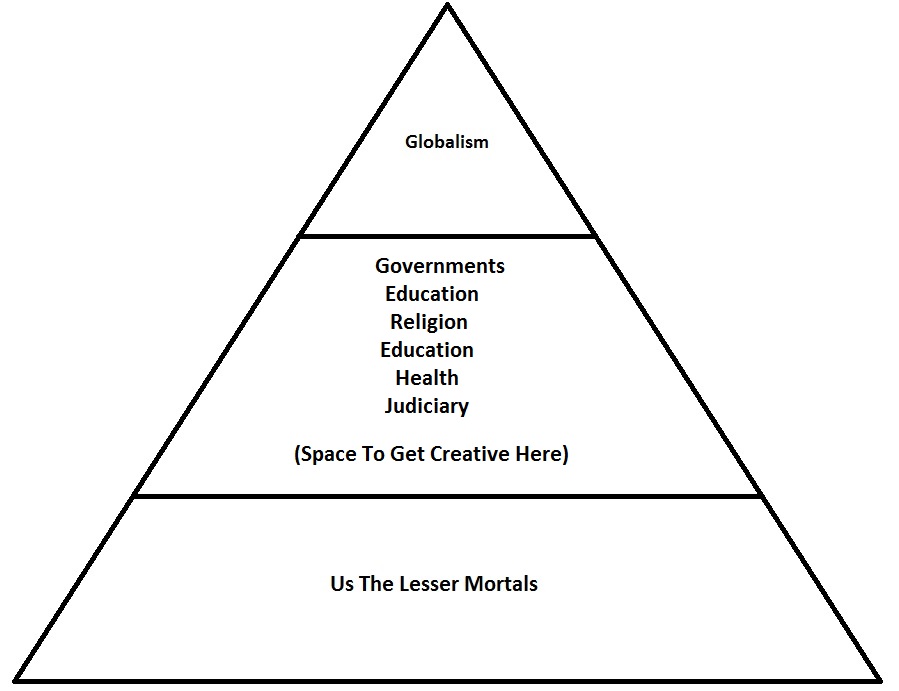 Now we know we (the lesser mortals), are having an extreme struggle with the middle layer on all manner of issues. I know many believe political solutions can be found but I’m personally not that optimistic as in the UK our elected representatives have all but sold us out.
So my questions to you all:

I use to follow a guy by the name of Gordon Long. He posted these after the 2008 collapse… his vision of future events… 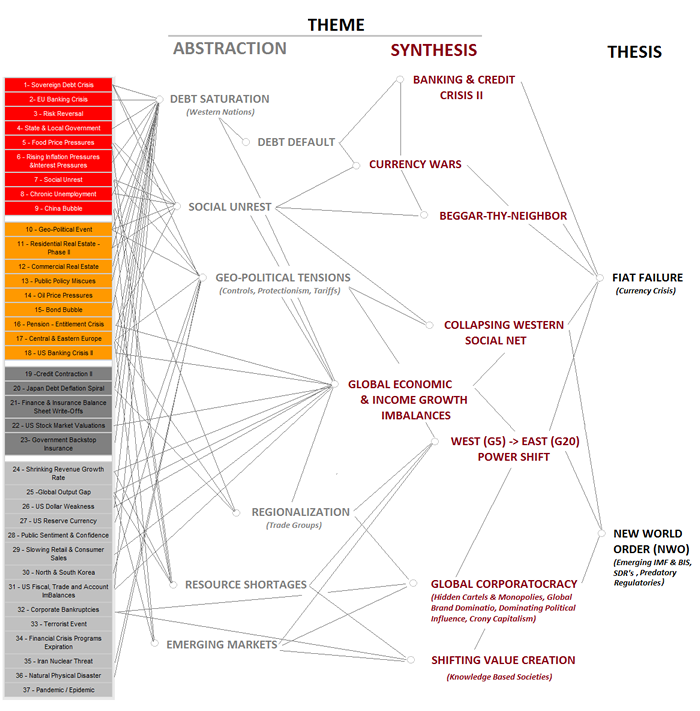 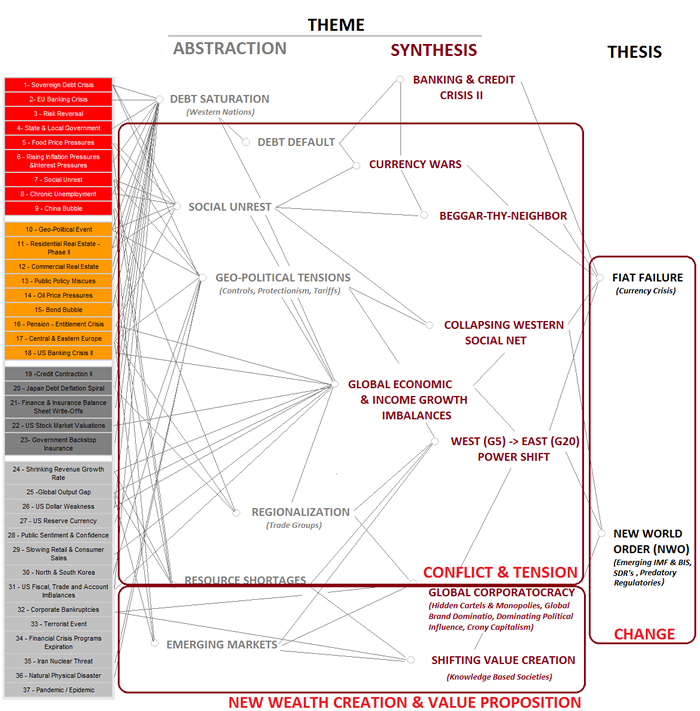 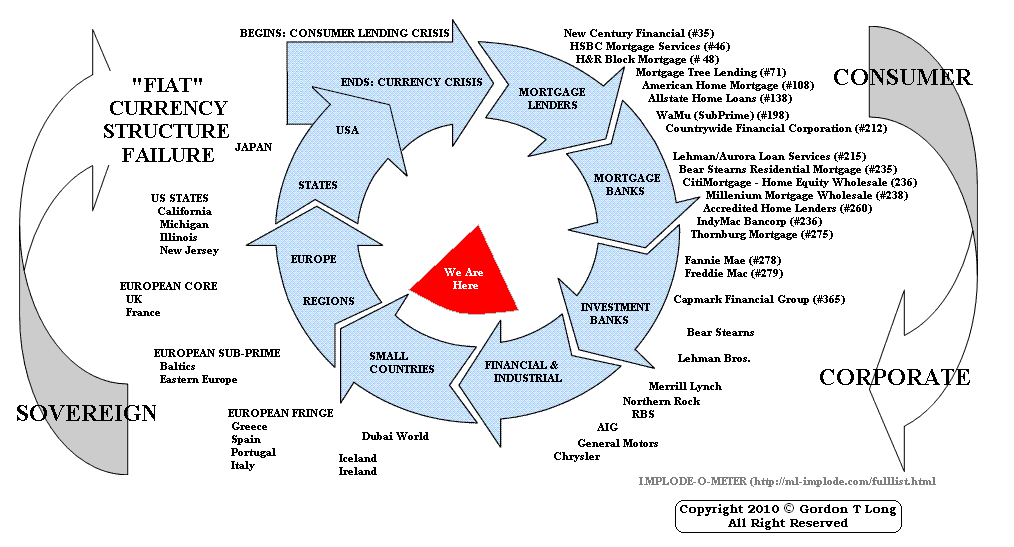 Thanks scott, I realise it’s a very complex issue and that study covers a lot of bases but I’m trying to get individual ideas on what they think we can do to call time on the chaos. Obviously not expecting War & Peace type thesis from people, just small ideas that can become a collaborative battle plan that maybe can alter or at least in some way affect that future vision in a way that is more pleasing to our eyes for a change.
I personally think in order to make change we all collectively have to probably go through some pain. For example mass rejection of T.V. throw the fucking things away. Things that the majority can physically do. It’s a complex issue but maybe there are some relatively easy solutions to show these bastards “Hey there is definitely more of us and ultimately you do need us but the terms have to be right”

For example mass rejection of T.V. throw the fucking things away. Things that the majority can physically do.

You are correct… the most profound thing we could to for 1)international trade 2) government revenues 3) personal sanity is to stop buying ‘stuff’. You will have more money to focus on your real security, government will have to rethink things like vat and sale taxes and balance of trade will improve (perhaps). The one thing, at least in the US almost all personal retirement wealth is created by the rise and fall of a stock market leveraged by a central bank and controlled by government… As much of a struggle as it would be, the common man unplugging from the markets would cause the wolves to eat their own tails… right now, they eat yours.

And… rebel against the idea of a digital currency… to me, one of the most world enslaving ideas in play right now…

For the record I don’t trade crypto’s.

But yes that is the tack for the discussion . Those ideas. The waving banners and shit is just futile it does no damage to their Armadillo like exterior.

For the record I don’t trade crypto’s.

Block Chain is in your government future… the banks love it and government can’t wait.

EDIT: I noticed a UK tax disc on mo mo bike. I thought you were across the pond.

No… I am a US citizen resident in the UK… British wife.

Thanks Tex and where on your flow chart do you think is our current position ?

Of course they can’t wait because it’s an easier mechanism to control people!

First question is changing the Paradigm from mass culture to authentic culture again! Stop mass consumption and the demand for Globalism dries up! Promote national sovereignty of nations thus incurs bi-lateral trade agreements for resourced challenged countries. Hold countries responsible for intellectual property theft by institutional isolation and power of the purse! Lastly power of the people to hold elected officials accountable and to challenge ideas and the systemic apathy of complacency of the populace!

People in power, authoritarian figures! Government, military, heads of state, followed by plutocrats, the wealthy elite, and persons of influence such as media conglomerates and the ones who control information such as The tech companies!

“The secret of happiness, you see, is not found in seeking more, but in developing the capacity to enjoy less.” Socrates

How can we by-pass that middle layer, our handlers, the buffer zone, call it what you like, to
stop the destructive influence of the top layer ?

By buying massive amounts of land in remote areas, moving to that land, building on that land, inviting others to do the same, while at the same time buying lots of guns, ammo, and provisions. Homeschool all the kids. Declare your space as a “religious” movement. Pay no taxes. Create your own society without the government. Be prepared to defend it.

That’s ok for you boys in the US but if ya push hard enough peeing in UK we can spray the whole border.

…and that doesn’t fit around trading at the moment

I hate to say it, but it may be too late for you guys. You gave up way too many of your rights. Or, maybe you didn’t have them to begin with. You would probably know which is more accurate. Anyway, unless you can force your government to give you the right to keep and bear arms, as well as free speech, then you might as well pack your bags and immigrate to the US. We are all that’s left - like it or not.

and that doesn’t fit around trading at the moment

Real Estate is one of the best investments there is. Start buying up land. You can do all sorts of stuff with it. Logging, sharecropping, building houses for rent, militia compounds, etc.

No problem it is a fair comment and assessment. Being here I have to maintain hope. I don’t really align with left or right parties as the treachery from both sides has been rampant for decades here, they simply don’t respect the electorate and carry out their own agenda. We do have rights with regard to arms but they are very restrictive and nothing like open carry and such laws you have. It could develop in the future but at present not a hope in hell. If we are betrayed over leaving Europe which is looking increasingly likely, I think Britain will plunge into civil war, it’s there already it just hasn’t manifested yet into violent action. If that situation arises we have to hope that the majority of the military and police do the right thing and stand by the people. If they don’t we will likely be screwed.
I do have an escape plan and have actually left before and came back (Not the US). It’s a difficult thing to do, the older you get the more ties there are. I think now is the time to make a stand and at least have a go at fighting these bastards, running for the hills just doesn’t feel right for now at least, obviously there may come a time when self preservation will be the only option, that is to say if it remains an option at all.