The Zionist regime in Kiev doesn’t seem to care about the lives of Ukrainians.
The man reporting is in a hotel in Kiev

It isn’t really hard to understand why Russia doesn’t want to destroy Ukraine… and why they want it. 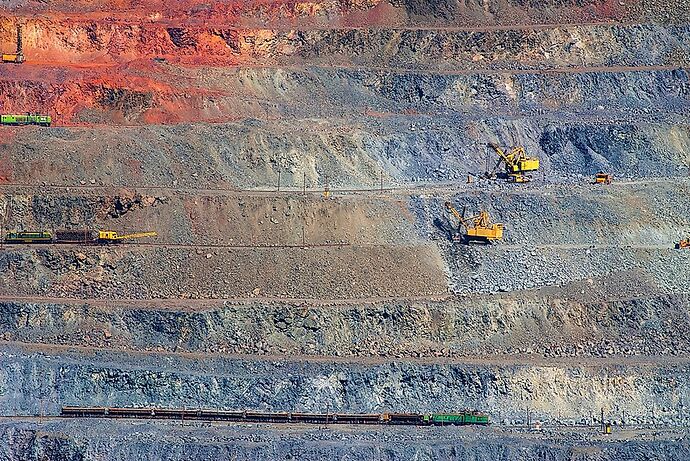 What Are The Major Natural Resources Of Ukraine?

Not the least is Ukraine’s 56.76% of arable land and black earth.

They are not after resources! They are after the US Deep state assets, and purging them is the number 1 priority! Putin is doing us a favor! Billions of dollars gets funneled through Ukraine where many members from both parties are enjoying the graft! Its getting exposed!

This describes the money transfer of

Further, part of the sums described above were transferred to Alan Apter, Alexander Kwasniewski, Devon Archer and Hunter Biden.

As The Gateway Pundit reported last night the payments from Burisma to Hunter Biden and the Kerry family from Burisma Holdings included 38 payments for $83,000 totaling over $3.1 million .

Why was a foreign company, that was being investigated by the Ukrainian General Prosecutor’s office for corruption, suddenly retain & solicit high profile US persons affiliated with government and pay them such large sums of money?

In conclusion, it is to the best of my knowledge determined a corrupt foreign gas company solicited high profile US persons affiliated with government to illegally influence official US Foreign Policy, & pressure the Ukrainian government to shut down its corruption investigation.

Interesting. I knew/heard about the money laundering, I just never really researched it because I figure it goes on in numerous venues and Ukraine was just one of them.

Just remember the reason the media is not trusted is because they have Deep State imbeds working to propagandize for chafe and counter measures. Its probably the same reason why we don’t get to see or hear on Gilsaine Maxwells client list. Too many members of congress and senate have a staked interest to prop up the proxy state of Ukraine in order to keep the money flowing through laundering operations. Lindsey Graham, Mitt Romney, Ihoff, Portman, just to name a few. Hell a simple google search and you begin to see “Organized Crime in Ukraine” is a well known secret for quite some time. Why do you think they went after Trump so hard over a phone call? Think about it! The level of corruption involving Ukraine is staggering to say in the least and is even more compounded within our own Government institutions. So much so they had to create a fake war over it? What is the price of oil right now? Just yesterday Merritt Garland ended the anti Chinese spying task force. Why?

Russia has enough of these.
Ukraine is like Argentina, sitting on natural riches but people are poor. Why? Somebody has been robbing them. 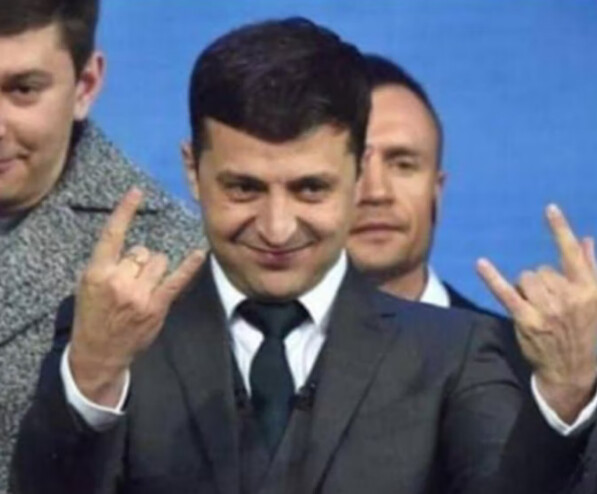 A picture is worth a thousand words

He knows who is master is!

Interesting: The author of the OP considers Ukraine to be of a “Zionist” bent (a word typically used to smear the J**s), and far more “evil” than the Russian regime that is bent upon crushing it. 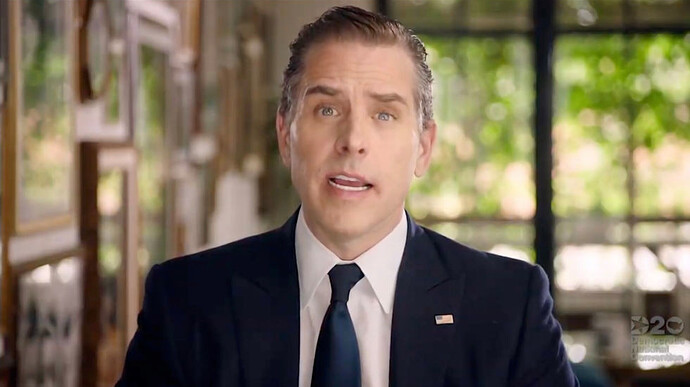 The former business partner of US president’s son Hunter Biden was sentenced to prison for securities fraud against a Native American tribe.

Is that a bad thing, in your opinion?

Good, because you won’t be called an antisemite.

Bad, because you are in danger when the sheeple finally wake up and find out who done all the crimes and maimed them. 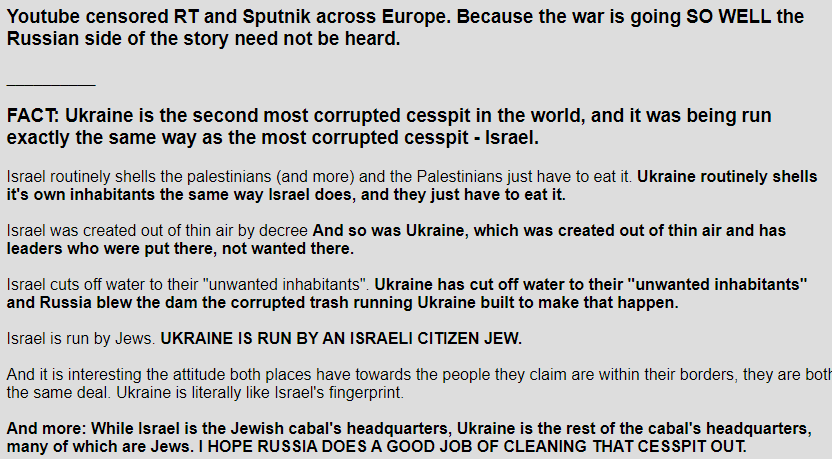 I don’t think that Russia is the bad guy here. The real reason why they had to contrive a war with Russia. 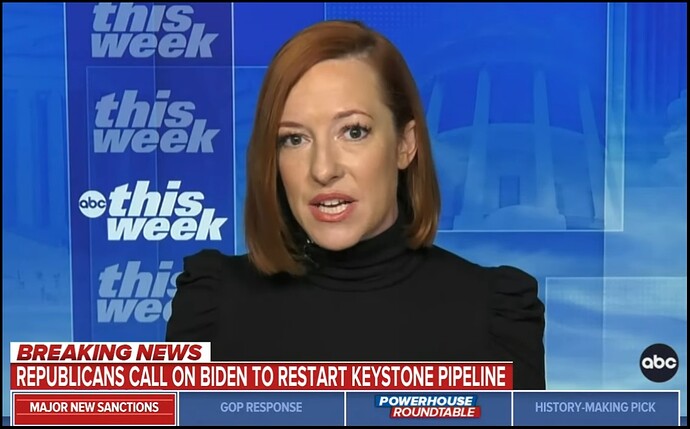 Sunday Talks, Psaki Gives Away the Ukraine Game - Russia Is Needed As Fall...

During an ABC interview today, White House Spokesperson Jennifer Psaki gave away the game for the Biden Administration’s intent on exploiting the Russia-Ukraine crisis. Keep in mind, as the Biden team were getting pummeled for negative economic...

The EU and US are reaping what they sow……
If you recall the courtship between the EU/US and Ukraine, and same between Russia and Ukraine in the years leading up to the “Orange Revolution” in 2014, they all were negotiating with Ukraine for influence and economic alliance. In the end, Ukraine chose to align themselves with Russia. That was not acceptable to the EU/US and they instigated and supported the violent overthrow of the democratically elected government and installed a pro west government.

That, was a direct threat to Russia’s warm water port at Sevastopol Crimea, which is why Putin moved quickly to secure it.

At the very same time, the Obama administration was threatening Russia’s only other warm water port at Tartus in Syria by attempting regime change there…

It is of legitimate national security interest to Russia to preserve their warm water ports, and to prevent NATO troops and “so called” defensive weapons on their borders. NATO has expanded eastward from 17 countries at the collapse of the Soviet Union to 30 today….

And so it stands to reason that while Ukraine is seeking EU membership and NATO membership that Russia would do what they need to before hand, as a military operation against a NATO country invokes article 5 of the UN Charter and you have 30 countries, led by the US retaliating….

The US and EU can continue pushing NATO eastward, and threatening Russia’s legitimate national security, and provoke a Third World War in which Russia, China, Iran and North Korea, all or nearly all nuclear powers, fed up with western aggression, KICK OUR ASS!!!

The West is guilty of “aggression.”

And NATO is merely a “so-called” defensive force.

(Do you suppose that you could parrot the Soviet–uh, Russian–line any more perfectly if you actually worked in the Kremlin?)

Refute anything that I actually said, hmmmm?

I just happen to be one of the scant few Americans that looks upon the geopolitics of this realistically, not according to anyones propaganda. From the US false flag event on the north bank of the rio grand, that sparked the Mexican/American war to the explosion of the USS Maine in Havana that started the Spanish/American war, to the sinking of the Lusitania that brought the US into WW1, to Pearl Harbor that brought us into WW2, to the Gulf of Tonkin that changed our Vietnam mission, to 9/11 that sparked the War on Terror, US statecraft has been at work. And you know this, but most people can’t handle the truth. So Americans live in their fantasy world that every time the US goes to war, we were setting innocent and someone else was always the aggressor……