The Chinese invasion of Taiwan

Whilst everybody is looking the other way, and even the Americans are not exactly banging the drum on the world stage, the tensions between China and the US (and others) are being stretched. 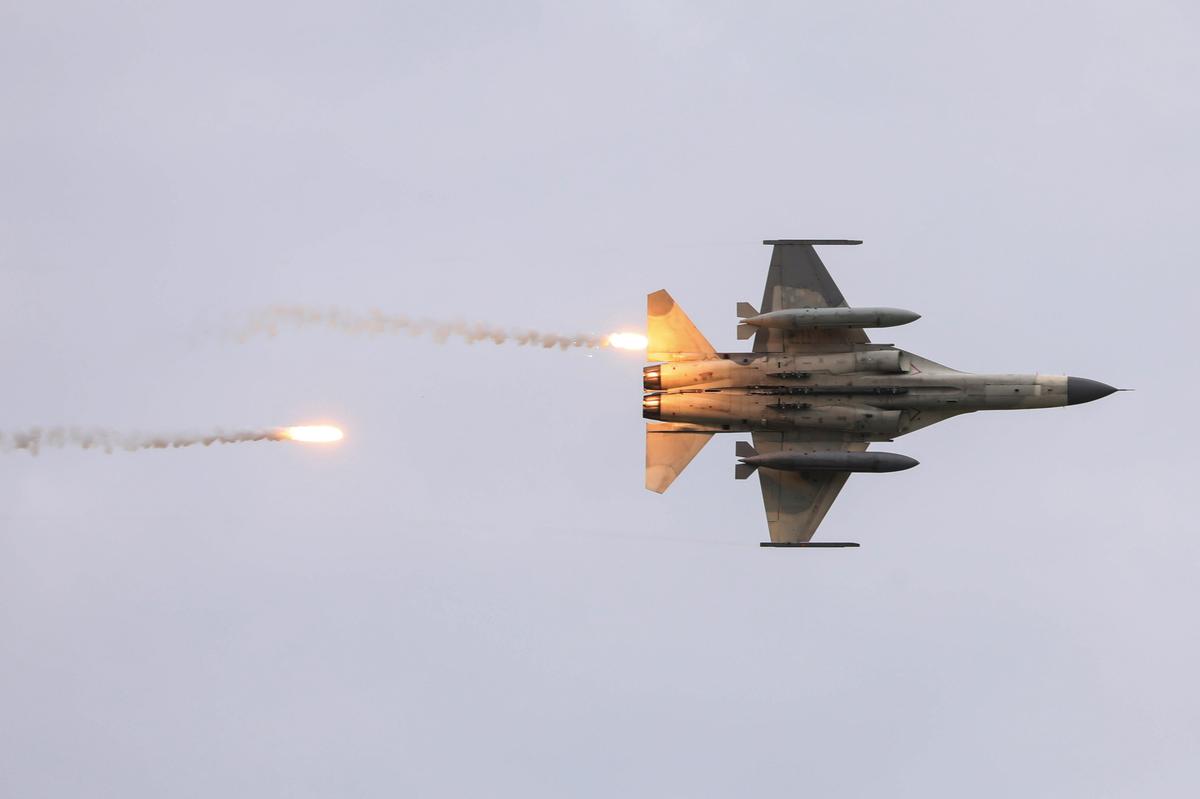 Numerous Chinese and U.S. military exercises, Taiwan missiles tracking Chinese fighters and plummeting China-U.S. ties make for a heady cocktail of tension that is raising fears of conflict touched off by a crisis over Taiwan.

The Trump administration has been taking an escalating array of measures against China in the run-up to the U.S. presidential election, adding to the uncertainty.

A hypothetical scenario spelled out in a recent essay by James Winnefeld, a former vice chairman of the Joint Chiefs of Staff, and Michael Morrell, former acting director of the Central Intelligence Agency, has made the rounds in Taiwan security circles.

In their suggested sequence of events, set out in the Proceedings of the U.S. Naval Institute, a disputed U.S. election gives China the opportunity to move on Taiwan while Washington and the world are distracted.

In Taiwan, President Tsai Ing-wen has responded to the tension with pledges to defend the island.

She and her government have denounced as scaremongering and kowtowing to Beijing a campaign this month by former president Ma Ying-jeou, who held a landmark meeting with Chinese President Xi Jinping in 2015, to warn that Taiwan is courting disaster by needling China and would not last long in a war.

HK is one matter, but invading Taiwan is a red line that once crossed there is no going back!

I am not talking militarily either.

It is the RoW that sees a red line. The Country has always been known (to me at least) as Taiwan ROC. That is Republic Of China. The interesting thing is that, if you read the article, the US has been cruising through the straights of Taiwan (or whatever it is called) earlier this month, and that must be at least 3 times so far this year.

I think that things might come to a head when China overflies Taiwan airspace with any of their fighters. China sees Taiwan is ‘theirs’, the Taiwanese do not agree with them.

China also saw Tibet as theirs and still here we are. The US sailing through the straits is international waters and the entire sea of China that China arbitrarily calls theirs while encroaching on other countries sovereignty is what is making this come to a head. They claim to want to be a part of the international community while thumbing their nose at its laws while making ones of their own and always breaking treaties in trade deals. How does building islands in the middle of the ocean and moving military assets onto them not arbitrarily taking territory?

China also saw Tibet as theirs and still here we are.

No they didn’t, and it is F-16’s. China sold military weapons to Sri Lanka that aided in the genocide against the Tamils or sell missile and nuclear technologies to Iran and North Korea. In fact it’s China that continues to use North Korea as a proxy state against the US that is preventing their people to come out of the Stone Age and join the rest of the world. So the US selling Taiwan F-16’s so they can defend themselves is justified in my mind. Taiwan is a model democracy and it should stay that way. I get your concern about another military conflict but you shouldn’t be an apologist for China. They need to be held to account for their aggression and I don’t mean military confrontation either, because it’s pretty simple to just cripple them economically especially given the fact of their egregious human rights violations taking place against the Uhgers! The latter should not be tolerated by the Western countries they seek to do business with.

That is somewhat under-stating it, I feel. NK is China’s convenient R&D facility.

… but you shouldn’t be an apologist for China.

After all the things I have written about China it surprises me that you write that.
I think that you need to change your brand of tea.

It was in jest, don’t cherry pick, I know you are not an apologist! Strictly speaking in the context of your statement here. My brand of tea is celestial is just fine! Whilst on the subject of China and Tibet, well nearly, here is the latest on skirmishes between India and China.

NEW DELHI (Reuters) Sept. 16, 2020 - Indian and Chinese border troops had an exchange of gunfire last week just days before a meeting of their foreign ministers, Indian officials said on Wednesday, in a further breach of a decades-old restraint at the frontier.

The two sides have had a long-standing agreement for troops not to use firearms at the poorly defined Line of Actual Control or the informal border and for 45 years no shot has been fired.

But since late last month, there have been three incidents of warning shots fired in the western Himalayas where troops are locked in a face-off over competing territorial claims, often in close proximity, officials aware of the situation told Reuters.

If we exclude Taiwan where do you see or think is a potential conflict that ignites a broader war?

Followed by Australia and then Philippines

Chinese can do no wrong …

My Guess is India and Pakistan! Followed by Iran.

I received a letter from a Japanese friend:

As you probably know, the dictator Xi Jinping has issued a new unconditional notice to Inner Mongolians as of September 1, the local date and time.

(In fact, at least two women have committed suicide: possibly by poisoning. Chinese authorities have reported that one of them did a suicide due to depression.
A 33-year-old female Inner Mongolian teacher who was signing a petition was jailed after having that paper torn up in front of her. (That’s impossible.)

This is my personal opinion, but this kind of cleansing politics is not a human thing to do.

We are all human beings before we are Buddhists and/or Christians.

This is not the matter of others, this could happen to our countries tomorrow.

Though my Aunt & Uncle’s properties in NJ, I really felt that N.J. The judiciary, the lawyers, are so self-righteous and steeped in communism.

As an aside.
Abe has resigned, but his brother Kishi remains in power.

Abe’s brother, Kishi, was adopted by the Kishi family, but he is the real brother of Shinzo Abe. And aside from that brother’s size, his face looks exactly like (personal things)

I can only hope that Mr. President Trump wins this presidential election and that he continues to pitch in.

Please take care of yourself and live a peaceful life.
Xxxx" 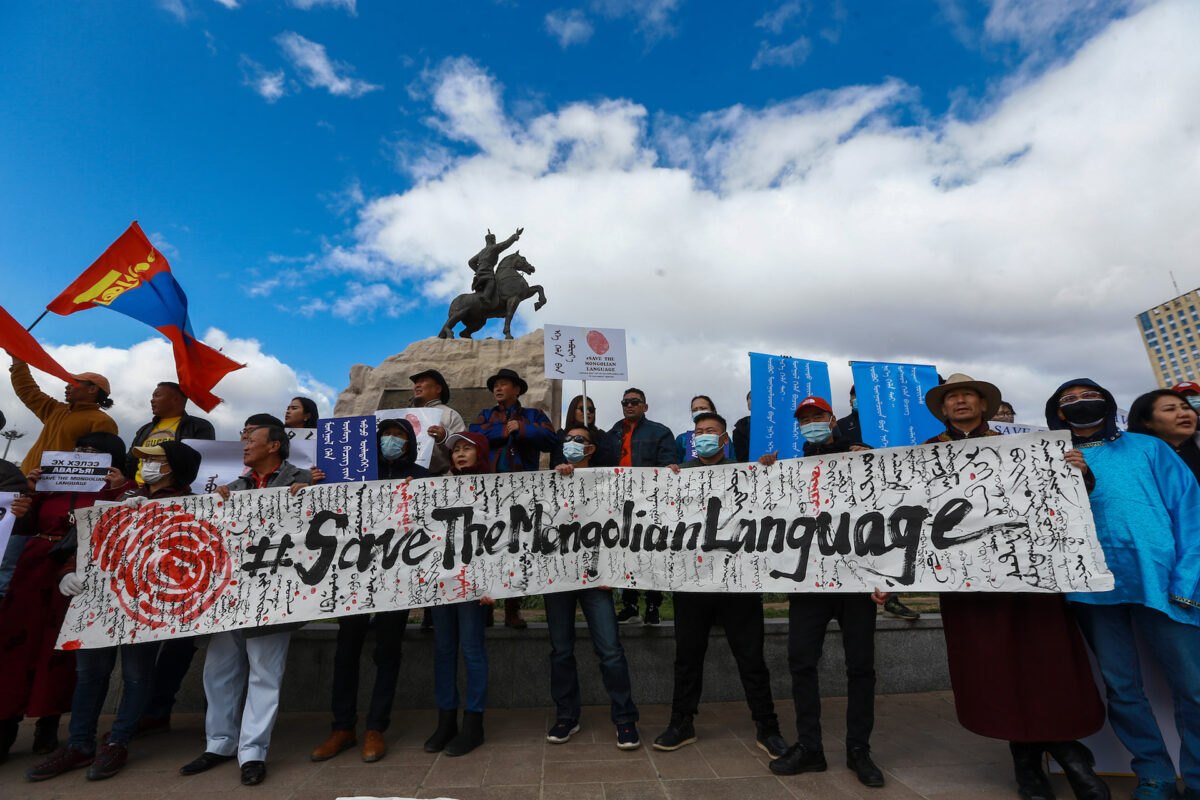 As the Chinese regime tightens its methods of oppression and orders the merciless repression of protests against a ...

Japan is very much worried about these Chinese communists. People who become sheep-like let it happen.