The Case for Raising US Tariffs on China After March 1st!

This really is about securing America’s financial prosperity in the future. Anything less will be seen as weakness by Donald Trump if he gives in to either pushing back the date in which tariffs will increase from 10% to 25% or eases off on the tariff threat. If he does this, then I will no longer be a Trump supporter. This simply has to happen in order to get the Chinese to comply with not stealing our secrets, our innovations and our technology. Its time China stands on its own innovation instead of stealing from the rest of the world! 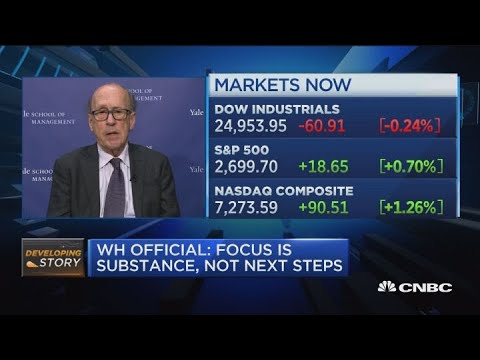 Edit: Update to this thread.

Now that we have news that Trump is extending the deadline to impose new tariffs on the 200 million on Chinese goods, it was appropriate to update this thread. Now what? Could it be that the North Korea and US summit has something to do with it? I am guessing that it does in order not to upset the apple cart and ignite China’s proxy. If a trade agreement is reached, then hard details will need to be made available to fully understand what the long term outlook between the countries is going to look like, but as recently reported, the promise to purchase 30 billion in US agriculture products seems a little more about trying to put on a good face where a more deceptive motive is being hatched. “In his testimony Lighthizer walks through the basic outline of what a U.S. successful agreement would look like. While increased Chinese purchases to lower the deficit are a part of the goal, they are a VERY SMALL part of the goal.” Courtesy of The Last Refuge 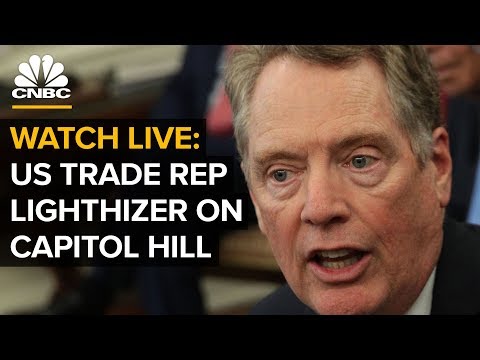 The protection of U.S. intellectual property; the removal of non-tariff trade barriers; the confrontation of currency manipulation and the sector by sector enforcement provisions are the primary objective.

Tariffs are very lib like… I thought cons were for free trade?

I’m surprised a lib like you would support “free” trade with a country that is openly destroying the environment (like China) without some sort of punishment (like I don’t know…maybe a tariff?) …Odd. Well, unless like all of your other bullshit, your espoused concern about the environment is also what’s the word? Oh yeah. Bullshit.

They’re challenging the EU to be the biggest protection racket.

All the fat plebs won’t be happy when they have to pay more for their cheap crap. There will be riots!

I remember back when I was a kid, everything was made in America. Heck, everything I wanted for Christmas was labeled “Chicago, Illinois”.
Schwinn bicycle
Daisy BB gun
Even my mom’s Sunbeam mixer
Our Johnson Snowmobie
Our Evinrude boat motor.

I am damned tired of everything I buy being labelled “Hecho en China”.
Something has to change.

JD is split, as is Cat. They produce a bunch of thier smaller stuff overseas, if what I have read is correct. I would guess that they source a lot of parts internationally as well.

I grew up working in our family shop as a third tier supplier to GM. We turned steel mill products into auto parts. We supported several multi-generational families. All the old guys had Anchor tattoos on thier forearms.

All these auto plants that everyone points to are assembling cars in America, but that is only the 10% of the iceberg that is visible above the waterline. All those little parts that make up the assembled car used to come from little towns like Kenosha, Wauconda, Rockford, Cicero…

Damn shame where we are now.

Tariffs just make you look like bad losers. If you have a problem with them politically, why not go the whole hog and implement sanctions? Surely you ought to be doing that before the military chest thumping? This reminds me of Germany getting an army together to “defend against Russia.” Yet, they get 80% of their gas from Russia.

Really? Tell me how tariffs are not working when one country was paying 25% tariffs and not allowed full market access to sell their products, and the other was only paying 2% (until recently being raised to 10%) tariffs and taking advantage of loops holes in a trade agreement they were not even part of (NAFTA), who in the meantime is actively stealing our trade secrets, our technology and then violates trade agreements that they agree to? Sounds like you haven’t really given much thought to the issue instead you want to paint the US as the bad guy because all of a sudden we want to defend our interests and our sovereignty when it comes to trade with a partner who doesn’t want to play by the rules. According to you lets cut off our noses to spite our faces is what I get.

If you are so much about not going to war how else would you resolve this issue? I would like to hear your common sense solutions to dealing with this problem when it involves China. Economic tools is about the only option we have lest having sanctions and applying other harsher measures such as seizing property, and by then it won’t matter it will no doubt be a declaration of war, not something most sensible people want!

Yes I heard about Cat, but JD? Dam that is a crying shame. There is encouraging news on the steel and aluminum industries in which latest numbers indicate that they are doing well, and the third tier family suppliers is a really good point that you mention, as they have been decimated due to globalism and outsourcing and has really hurt our economy in the broader picture. Wilbur Ross’s latest report on the auto sector which hasn’t been officially released yet has a lot of people up in arms, especially the auto industry executives, and has a lot of members in congress demanding to know whats inside. I suspect he is waiting until the right time to release the official report. 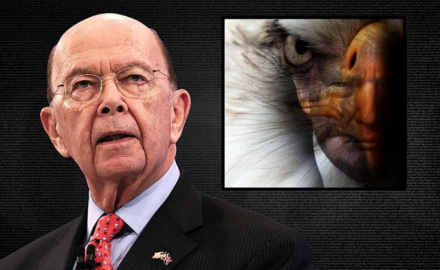 Commerce Secretary Wilbur Ross has completed the section 232 investigation on the auto industry, reviewing the sector as a vital economic interest for continued national security. The content of th…

Lol, China has got you by the short and curlies. You got yourself into this mess by buying their cheap stuff in the first place. Then you’re whinging that they are making too much money off you and spending it how they wish. Why didn’t you ensure parity of tariffs before you traded with them?

Me wanting to paint US as bad guy?

Who’s making assumptions now? How many trillions are you in debt? All for cheap shit.

Nope! Just your ignorance I question! Like I said you really don’t know much about the subject matter at hand yet you seem to want to comment on it as if you know what you are talking about! Nice of you to ignore my questions. So much for having a discussion with you as you got to pull out the debt issue as a means to prop up your weak argument? Nice one! Hey Hey Teresa May! Is that you?

As I don’t know the details like you do, I am not allowed an opinion? You know jack squat about the UK, yet that doesn’t stop you spewing your views. 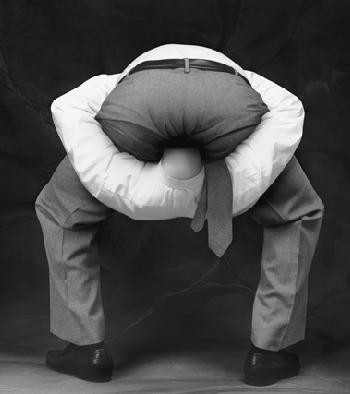 Tariffs are very lib like… I thought cons were for free trade?

You are pathetic! You didn’t come here to express an opinion but to be antagonistic with me, instead of actually having a discussion on the topic. Hence the fact you continue with your BS narrative! Its your MO! Whats the matter, you sexually repressed? Maybe you should rub one out, you might feel better afterwards!

I think you should worry about your own country first before trying to opine on something you have no idea about!

Whats the matter, you sexually repressed?

Maybe you should rub one out, you might feel better afterwards!

But there is no other valid opinion, only yours!

I think you should worry about your own country first before trying to opine on something you have no idea about!

Yes you are! Why do you keep going on about sex?

This simply has to happen in order to get the Chinese to comply with not stealing our secrets, our innovations and our technology

The interesting thing is that the Chinese really do not have to steal secrets as we willingly transfer the technology to them when we off shore.

One day China will realize that and really come after high tech companies with incentives to move just for their technology.

Apple cannot walk away from manufacturing in China as they have everything to duplicate Apple products today.

The interesting thing is that the Chinese really do not have to steal secrets as we willingly transfer the technology to them when we off shore.

Correct, but that is an issue on the negotiating table as in forced technology transfer that the US is demanding that they change in these trade negotiations. I don’t think this will be a continued trend if the US sticks to its demands.

One day China will realize that and really come after high tech companies with incentives to move just for their technology.

Yeah I am not so sure about that, but will concede if they make a better offer in terms of better incentives for doing so then maybe, but hard for me to speculate on that, when we don’t know what is going to happen with these trade talks. I am frequently discussing China with a leading economist from China, and his views are that China is in some trouble right now, and depending how these talks end up could seriously damage China’s bottom line if these tariffs are to go to 25%.

Apple cannot walk away from manufacturing in China as they have everything to duplicate Apple products today.

Its true, but to be honest Apple will survive if they decided to walk away. Apple with their recent release of their new I-phone took heavy loses in the retail sector as the new Huawei phones which are cheaper attracted more buyers. Apple is in the process of moving their operations back to the US with recent announcements in setting up a new plant in Texas, but the problem is they haven’t offered any new features in their latest products, and the quality has gone downhill since outsourcing in China. So if they address these issues, they can easily compete with any Chinese manufactured product as brand alone will still sell, and Chinese are still very loyal to the brand as they also know not to buy their own products in certain things.

Apple with their recent release of their new I-phone took heavy loses in the retail sector as the new Huawei phones which are cheaper attracted more buyers.

The is something to be said about cost vs quality.

I had an android phone for 2 years and junked it as the quality/upgrades was just not there. I converted to a iPhone 5s. I had it for 4 years and it’s still portions and I use it for music today. I could have bought a iPhone 10 but didn’t;t like the price so I opted our for an 8s which has the same processor. Year later it works great and I will probably hold it for the next 3-4 years.

Value of the money over time dictates buy the cheap phone and hope for the best.

FWIW I have had one Android last 6 years and my current one…A CAT S60…is three years young and running strong. These are water and shock resistant with FLIR camera and also about 600.00.